When I was browsing the Avernum Steam folder, I realised that all the graphics are there in simple png and bmp format. I've always thought the visuals of Avernum are decent, but they never made me feel like I'm in an underground cave. Why is it so damn bright down there?

So I fired up Photoshop and edited a lot of the assets, tweaked colors and even added little details.

This was a little fun project and my first "mod" ever. But if anyone is interested in it, I might release it if Mr. Vogel allows it.

Let me know what you guys think! 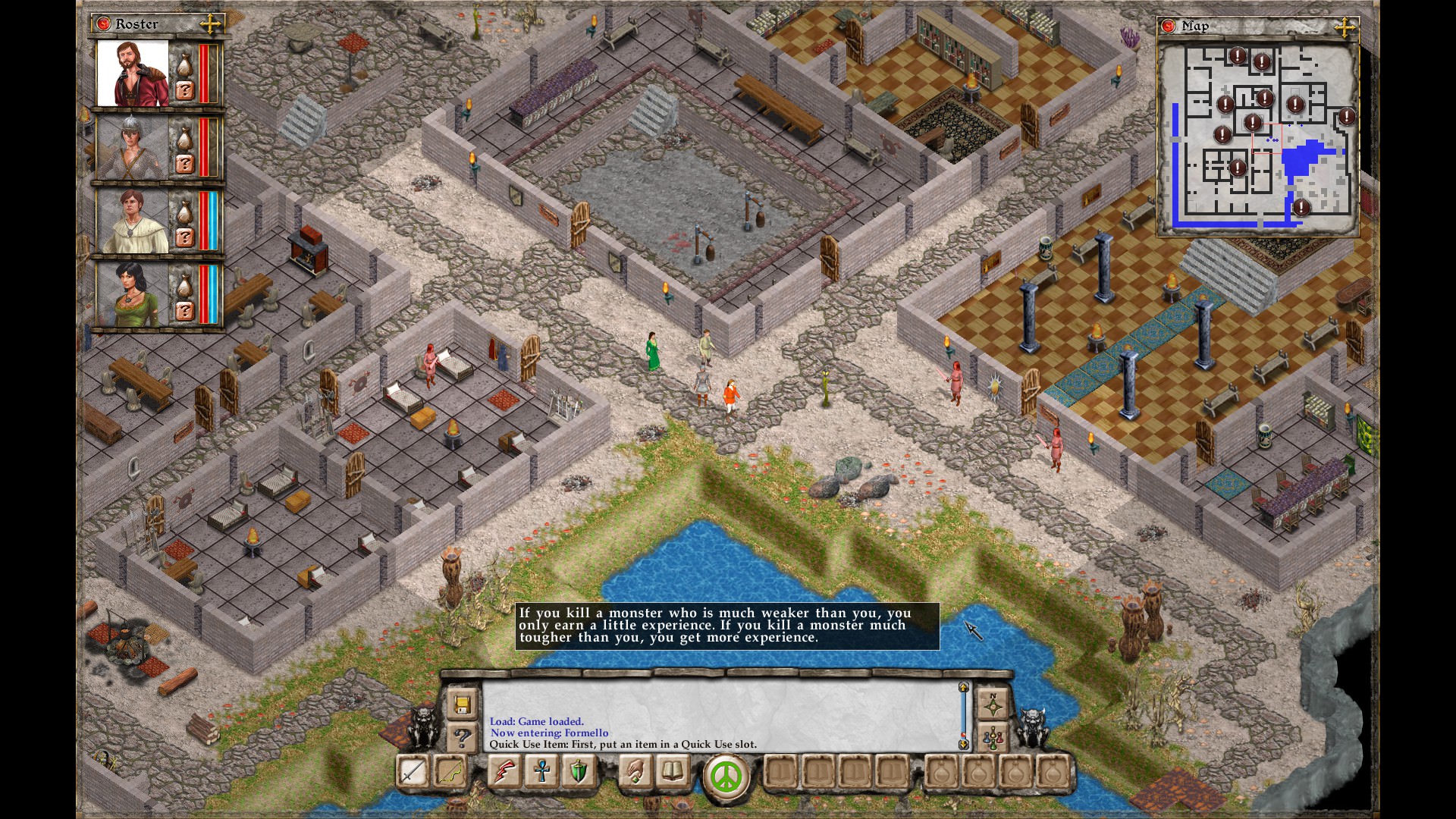 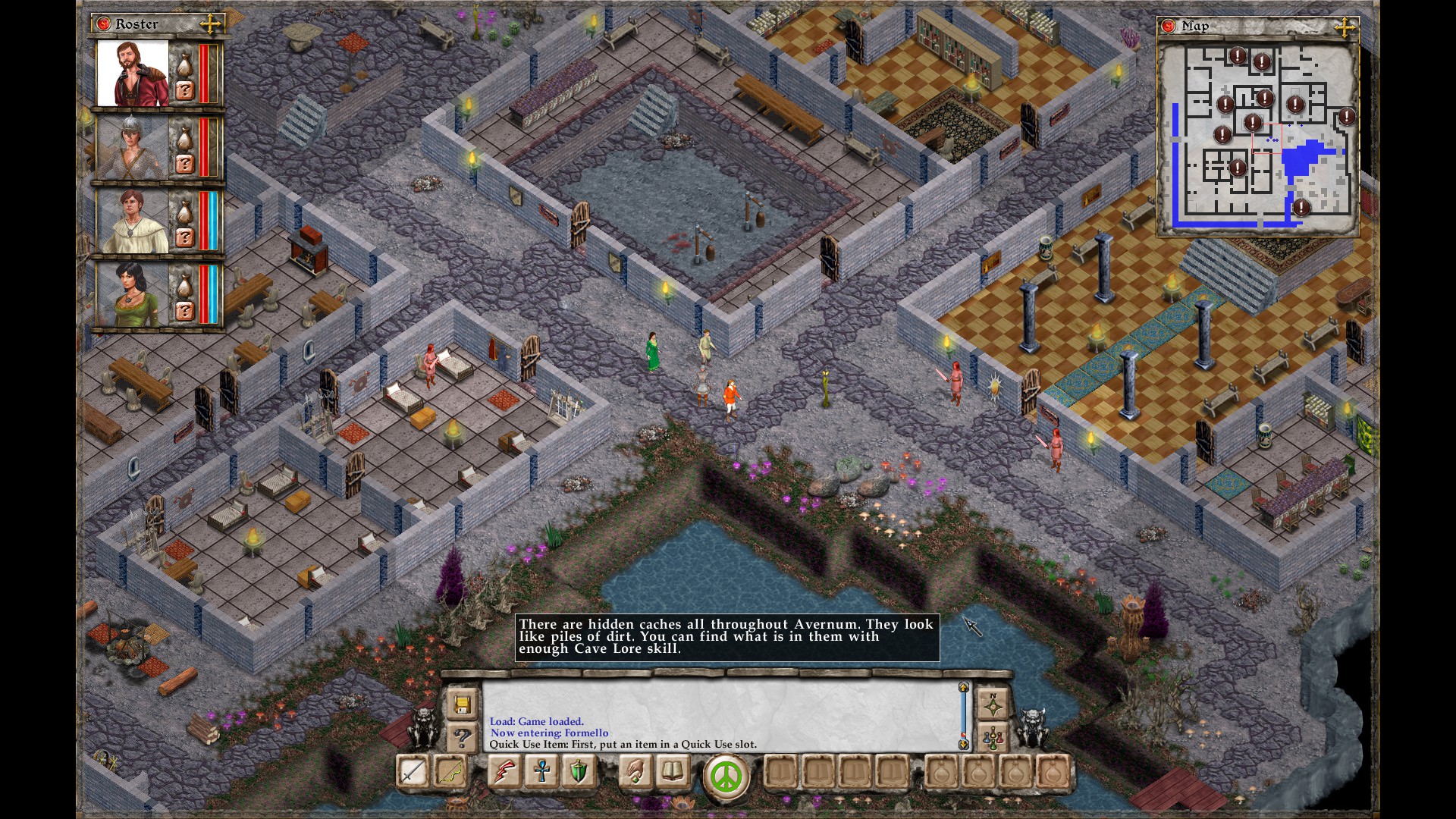 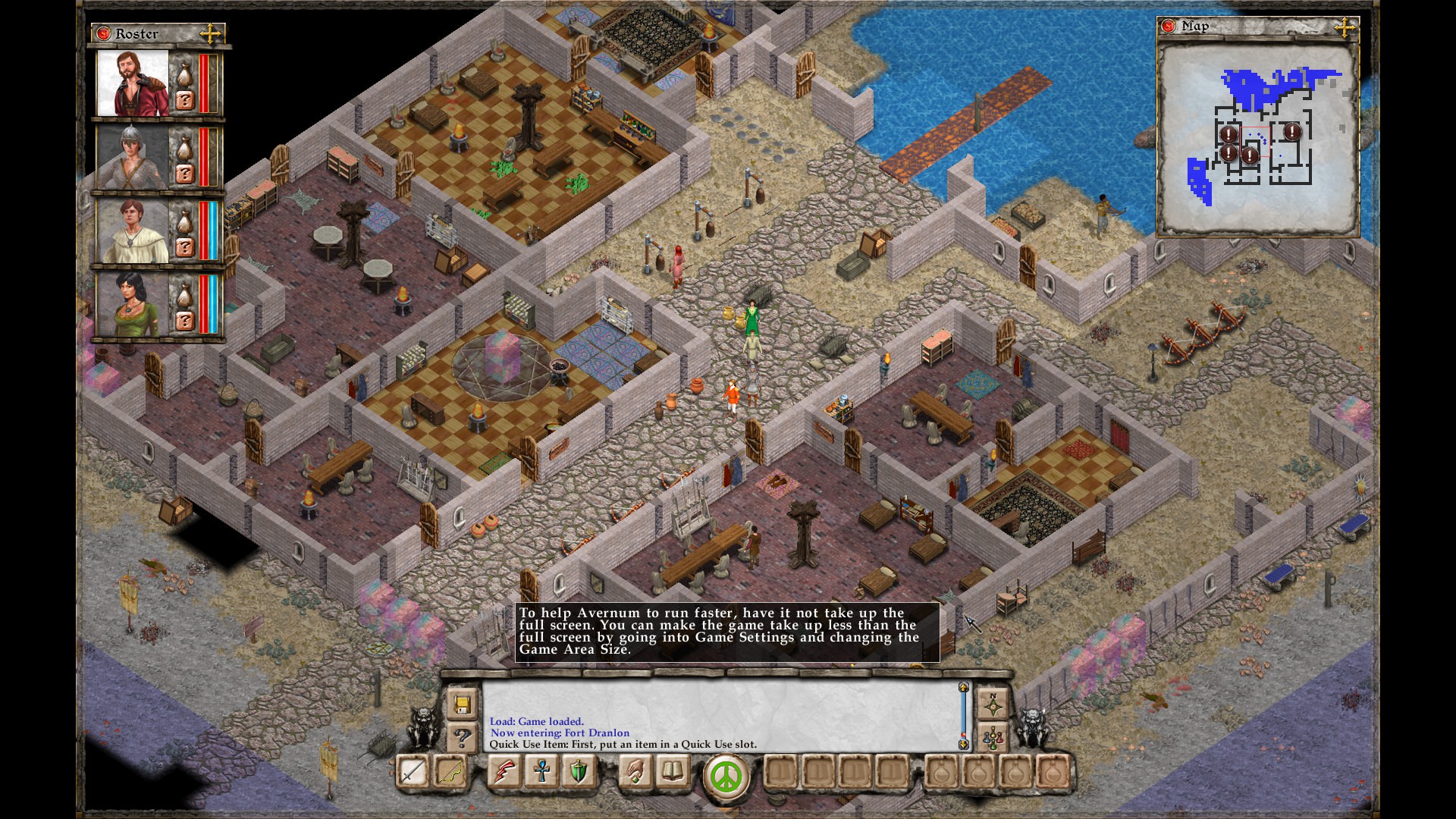 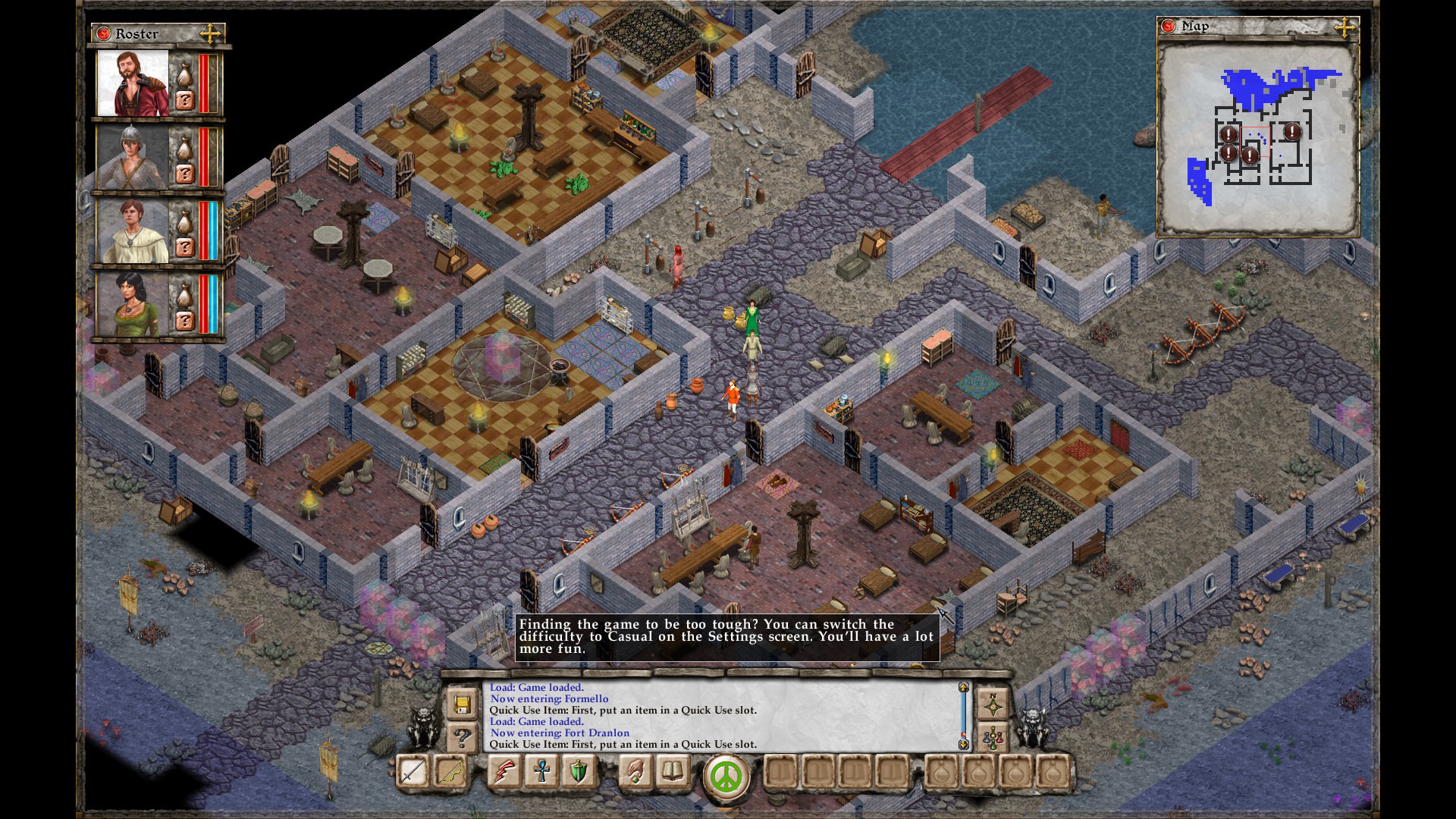 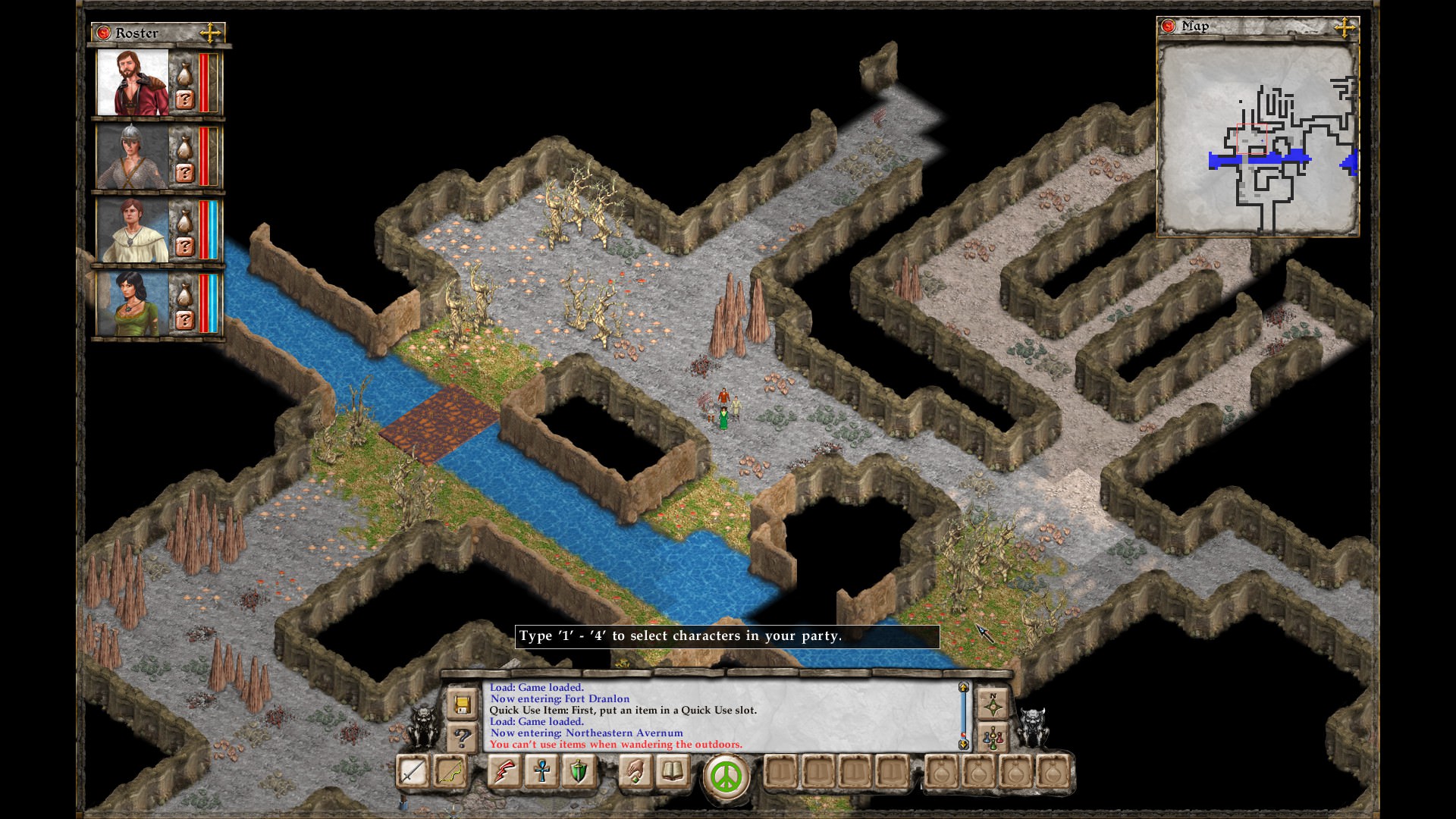 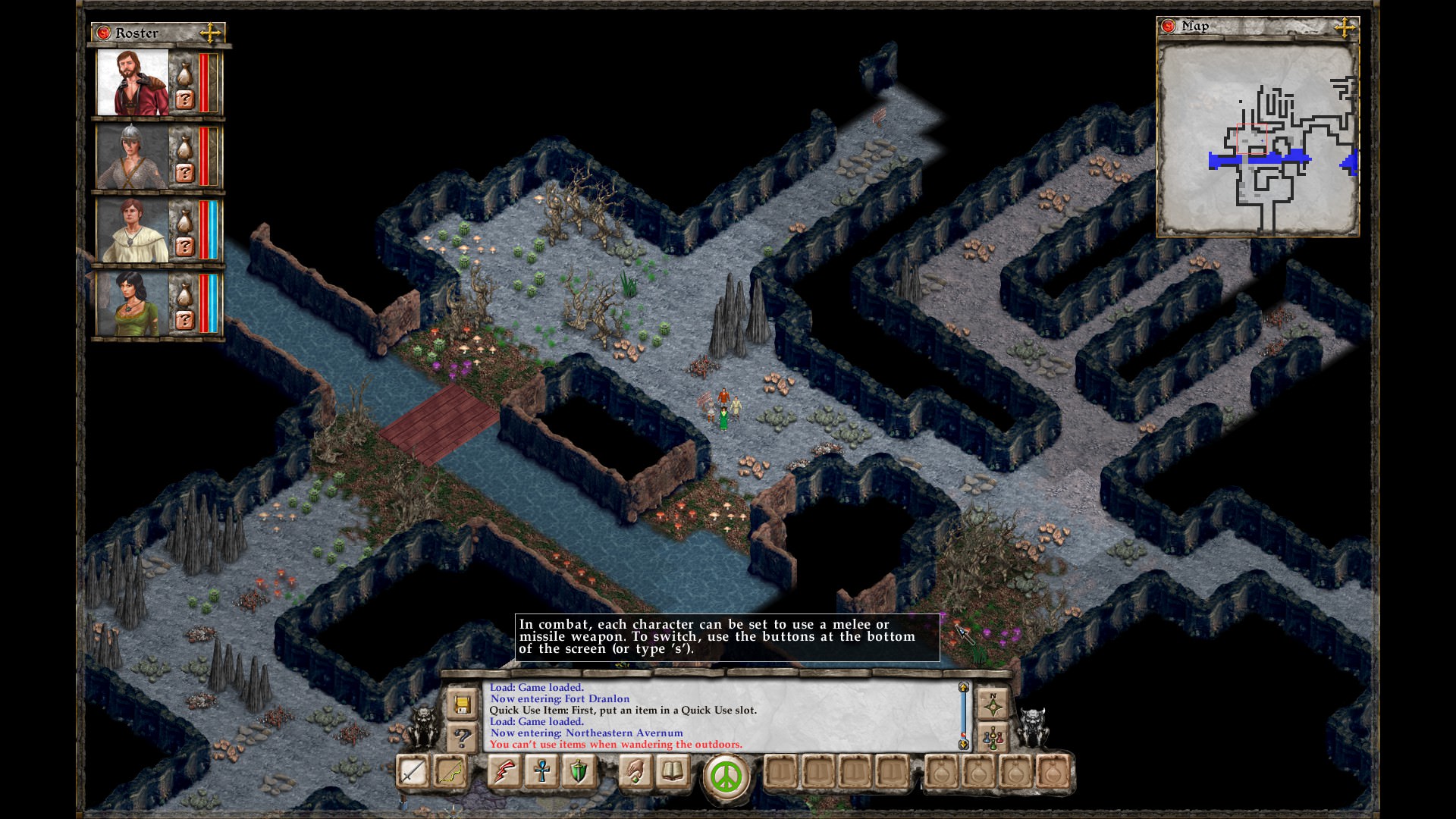 That looks way better. It looks like you did more than tweak the colors judging from the bridge in that last image.

Excellent job. What I like the most is how the changes you've made really bring out the flora and forna, something that's always been eye-strainingly difficult to see properly in his own art style. Generally, everything is much sharper and more distinct. He shouldn't just accept your mod, he should hire you...

Lyric Suite said:
I don't post "news". I'm not a journalist. I'm a philosopher and professional troll.
Click to expand...

Wow guys, I wasn't expecting such positive feedback! You make me want to put more work into it and release it!


OldSkoolKamikaze said:
That looks way better. It looks like you did more than tweak the colors judging from the bridge in that last image.
Click to expand...

Thank you! You have great eyes, sir! The bridge is actually the only texture I've completely replaced so far because it looked a little weird to me.


IncendiaryDevice said:
Excellent job. What I like the most is how the changes you've made really bring out the flora and forna, something that's always been eye-strainingly difficult to see properly in his own art style. Generally, everything is much sharper and more distinct. He shouldn't just accept your mod, he should hire you...
Click to expand...

Wow, this makes me very happy! Working on an RPG is one of my biggest dreams! I'm glad you enjoy the changes. The setting was just calling for some glowy shrooms

I'll keep you guys updated on the development and possible release!

the modification is magnificent release it at once!
Western games can't be true RPGs because they come from Adventure Games. Only Japanese RPGs are real RPGs.

I wonder what Vogel would think about it.

I... am surprised it's not shit. Because mods are usually shit even for big AAA games with millions of players. And it's good.

I now remember how Geneforge 5 was good game but brown grey mess visually. I'd very much like to see you continue the work and release the game. Also ping Vogel, he seems like down to Earth game and would probably like to remind people he has those games by advertising free graphics update. Nothing probably stops him from releasing this mod as an option on Steam as free DLC or beta branch or something.

Also it seems that Jeff goes into this direction himself. Look at the screens of upcoming Avernum 3.

Thanks for the mod. I've got a question: which avernum games are worth playing? Just this one or all of them?

Avernum Escape from the Pit is the best start. Older games have problems like not supporting widescreen and looking even uglier. They also have a lot of fluff and spells and stuff if you're into less focused sandbox experience.

Sergio said:
Thanks for the mod. I've got a question: which avernum games are worth playing? Just this one or all of them?
Click to expand...

There's three versions of "this one":

Each remake changing the game slightly, and each with its own cadre of fans. The original series from the mid-90s has three games in the series. The Avernum series remakes those three games and then adds three new games to the series after that. This current series of remakes just has the first two games remade for the second time. So there's currently 11 games in the series, 2 of which have three versions, 1 of which has 2 versions, 3 of which only have one version. Each has its own cadre of fans. There's also two versions of the "blades of..." games which are little addition games to the series.

This studio's other series are the Avadon Series, currently with three games and no remakes, and the Geneforge series, currently with 5 games and no remakes. Both Avadon and Exile/Avernum are more generic fantasy material that wont be too far beyond any general fantasy expectations, while Geneforge, which is popular round here because of this one fact alone, is something a bit more 'original', for many reasons, and is more bio-sci-fi kind of thing.

Lyric Suite said:
I don't post "news". I'm not a journalist. I'm a philosopher and professional troll.
Click to expand...

There's also Nethergate which was remade. It's sort of historical RPG about Romans in Britain, but it has magic and stuff so not quite historical. It was also remade in an old engine (no resolution options, no wide screen support) and it doesn't really have fans.

From what I've seen Geneforge 5 is the best game Vogel had ever made. Or rather to play today. I find it painful to play games with bad UI and 4:3 aspect ration and G5 is ok.

IncendiaryDevice said:
He shouldn't just accept your mod, he should hire you...
Click to expand...

“It is very difficult also to sacrifice one's suffering. A man will renounce any pleasures you like but he will not give up his suffering.”
― G.I. Gurdjieff

Guys I have AMAZING news!

- Edited and replaced more graphics
- Gave the flora some more love. The game has SO many mushrooms, I replaced some with other types of plants!
- Tweaked more colors for a more coherent look

- Today I explored the sound files of the game and saw a lot of room for improvement there too! I produce music, so why stop at the graphics?
- Edited and replaced a lot of the cave sounds for deeper, darker atmosphere!
- Replaced some of the music with my own!

You can see and hear it in action here:

And here are some more before and after shots: 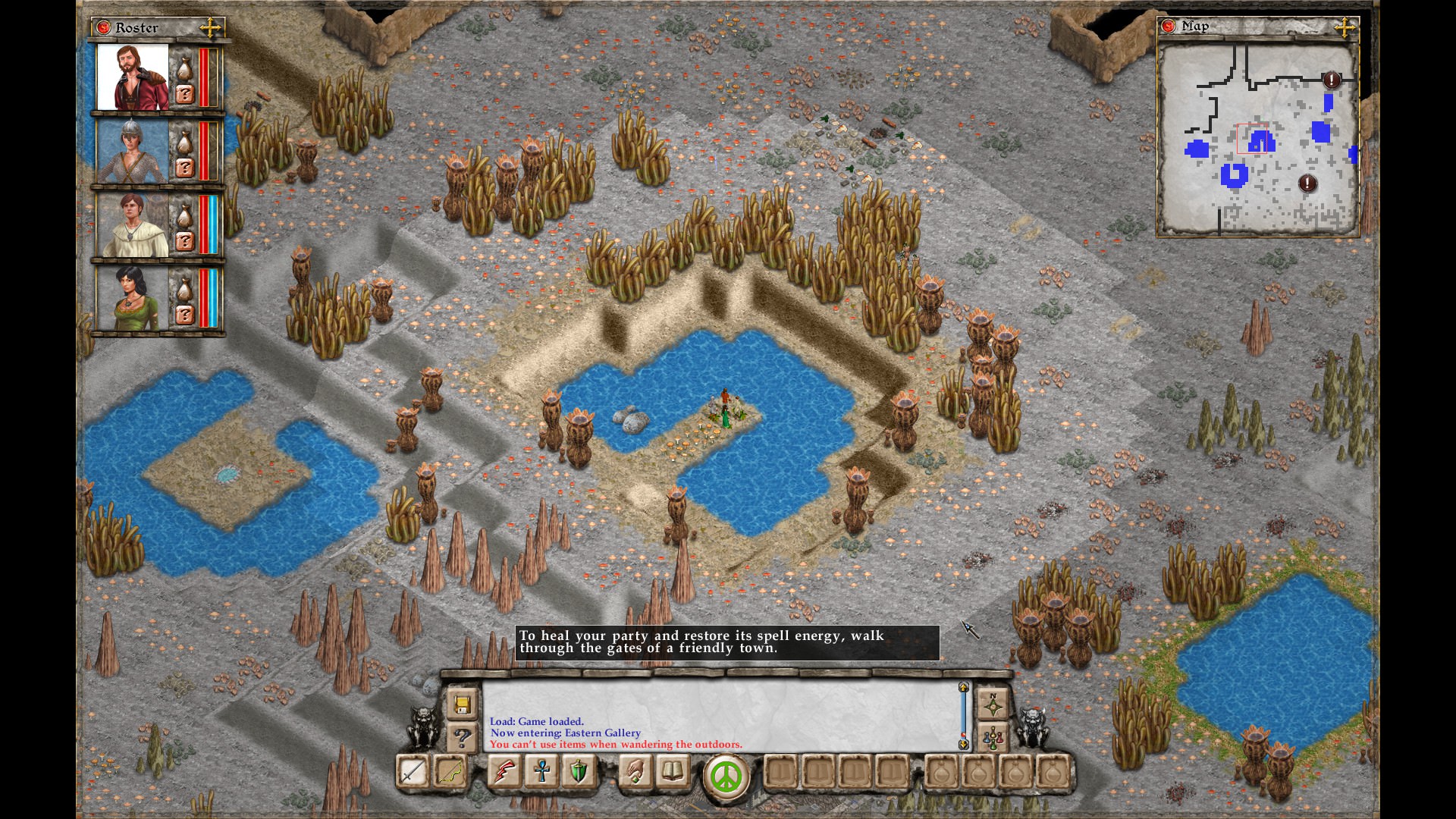 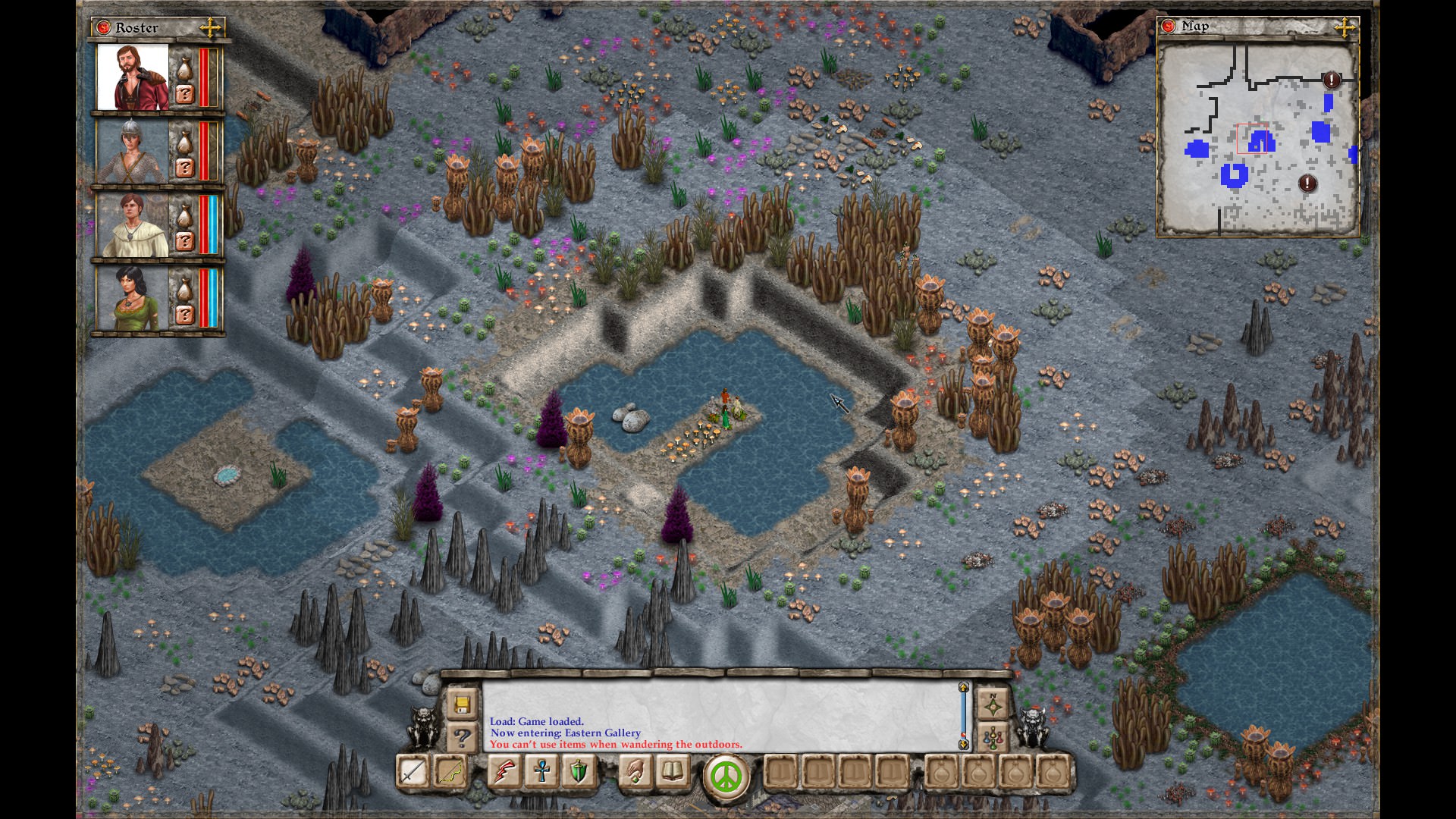 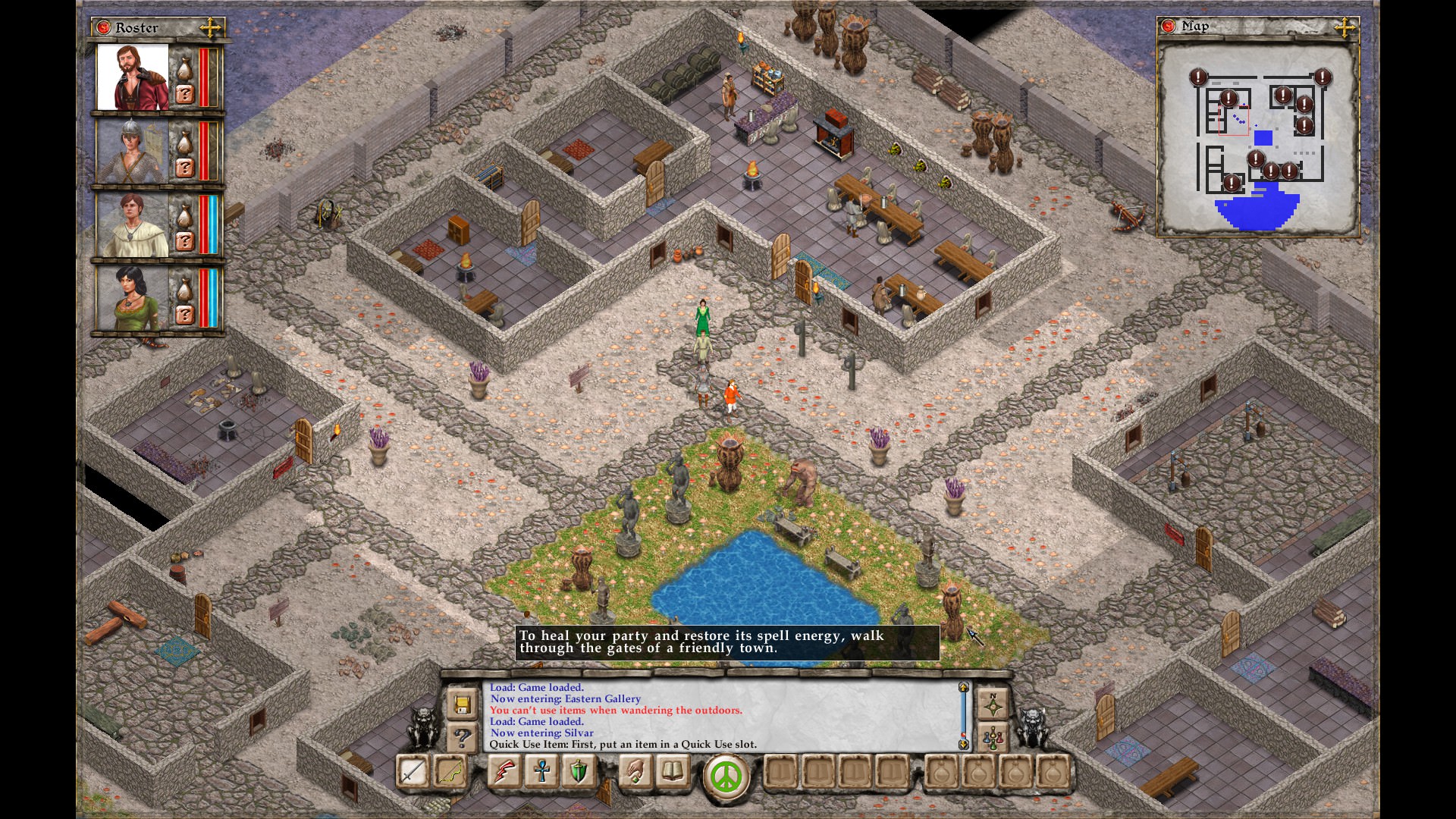 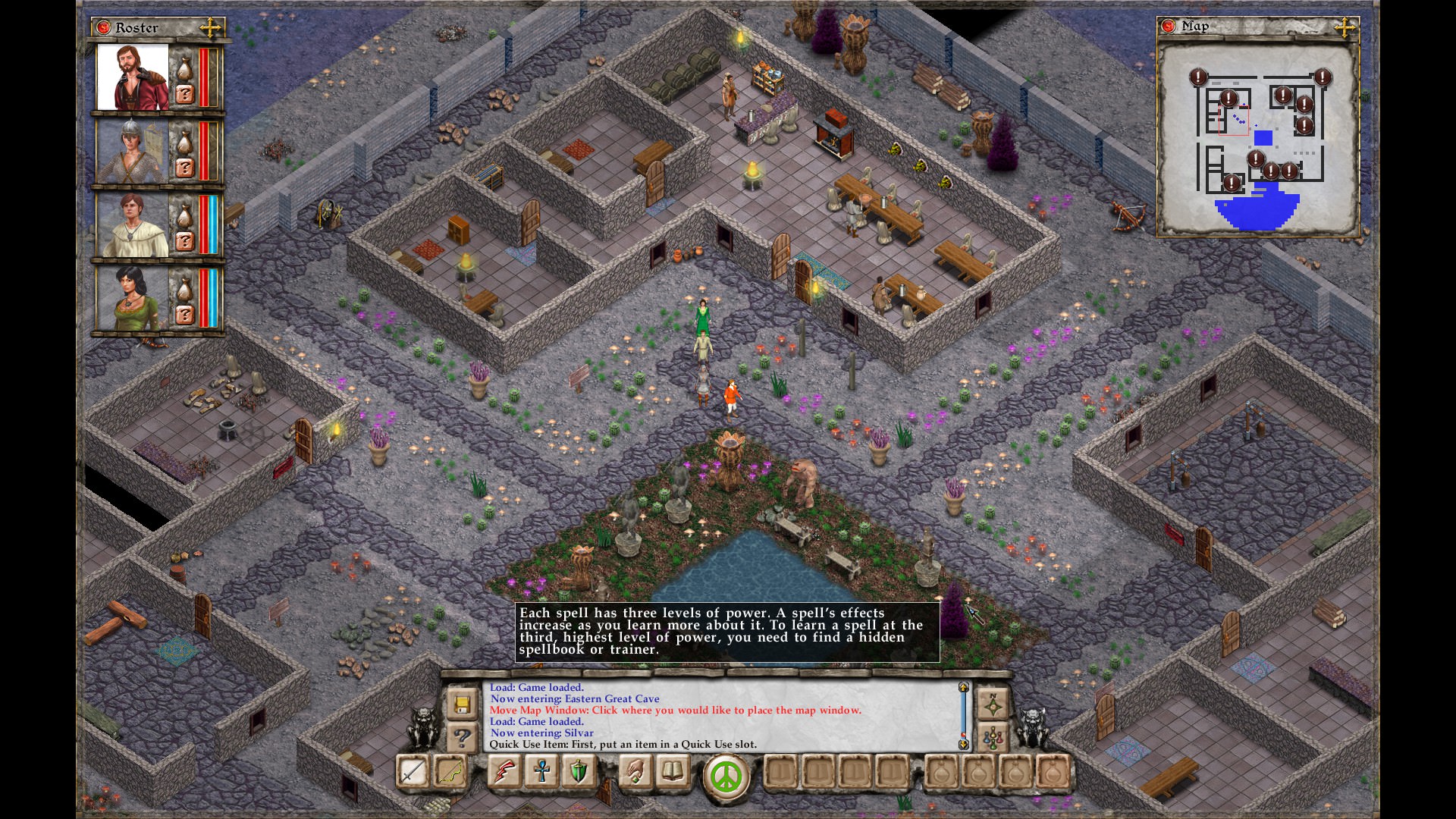 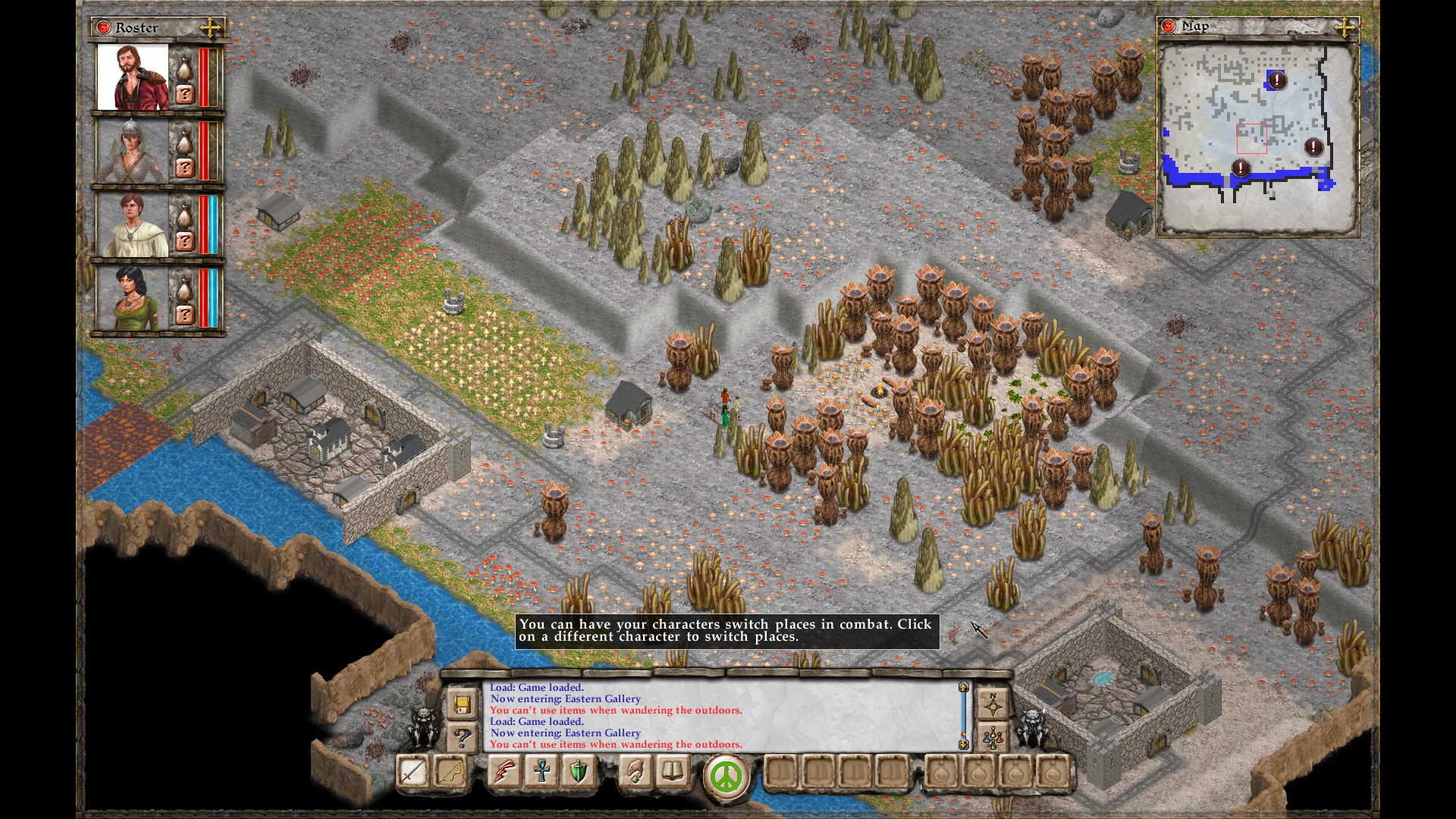 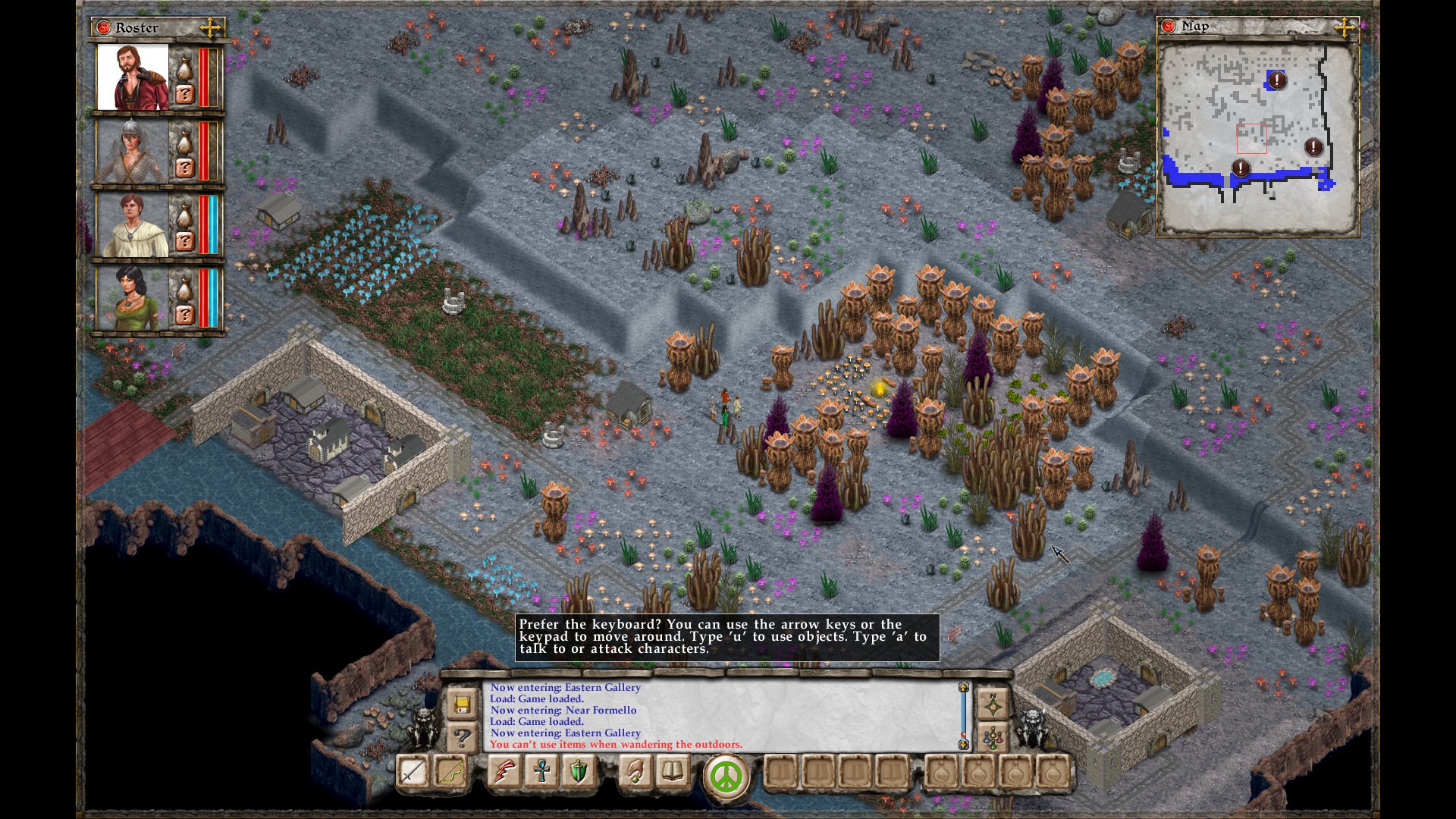 Haha wow! Did he say anything? Link?

Haha wow! Did he say anything? Link?
Click to expand...

Jeff Vogel said:
(Feel free to forward this to the comment thread.) It is very cool, thoughtful work, and it looks really neat. I hope he releases the mod. I didn't do this for the original game because the darkness is a little harder on the eyes. Our audience tends to run a bit older.
Click to expand...

Oh, that's sick! Will release it then! Anyone know a good place to host this?

Alright, it's time for

Would love to hear your feedback! Unfortunately I don't have much time to play it myself right now. So if you have ideas for improvement or come accross any issues or mismatching textures, please let me know!
Last edited: Jan 7, 2018

This looks really good, I can't wait to give it a try!

You might want to put it up in moddb.com so more people can get it.

I'll look into that once I have some feedback. It's not very well tested tbh. I've fixed a number of things today, so if you have already downloaded the mod, you should download it again (version 1.01).

it's fucking amazing how much better it looks and, if i understand things correctly, you are simply tweaking color gradation and contrast and things like that, right?

fucking unbelievable the before/after shots considering there is no actual replacement of existing assets. you have a good eye and definitely know how to make those landscapes pop, like the colors you've chosen for the fauna really give it an alien, otherworldy (and underground) aesthetic.

color work is fascinating to me ever since i deep-dived into some PDF documents explaining how black and white in film works and why it has nothing to do with simple desaturation, that led me into a rabbit hole of color gradation and filters and reading about meanings of colors in western films, etc.

you should definitely include this mod into your "portfolio" if you ever decide to seek an art job in a video game project.
Western games can't be true RPGs because they come from Adventure Games. Only Japanese RPGs are real RPGs.
You must log in or register to reply here.