Damn...and he'd been active this past while cobbling vintage dev bits together and all else as per the thread in RPG discussion---there was that Darklands remaster'ish release on the horizon as well that would've raised his profile to newcomers as well.

If only he'd managed to get a funded team together in these past years alongside the KS boom...somebody of his stature getting one final adventure unto the sunset would've been about as poignant as it gets. Truly a formative pillar now at rest.

All the best to his family and loved ones.

He will live on through his games

Author of Tofu Brains: Life on Zeeta 21 OUT NOW!!!!! Amazon and American Book Center // Co-founder at MonkWax Studios //
Fallout + Troika connoisseur: check out my Jason D. Anderson Wikipedia page
Facilitated Jon Van Caneghem's Matt Chat appearance and the Leonard Boyarsky interview series.
"Happiness is a special excitement, because unhappiness is always possible a moment later" - Francis Bacon (1978)
"...After I die I would like to be corpse exploded by a Diablo necromancer" - Josh Sawyer (2019)

Gone but never forgotten. May his memory live on by forever having a place in rpg discussion. He made a timeless game.
Butthurt Dungeon: Thac0's Ultimate Blobber List

Darklands was (along with Ultima Underworld) one of the games which showed me the greatness that CRPGs could achieve, in terms of complexity and gameplay.
It saddens me to see someone, whose creation gave me so many hours of joy, pass away. As it saddens me to see how very little RPGs have achieved since 1992, in terms of true ambition.

I hope you can now enjoy the good food and pleasant conversation of the celestial Gasthaus common-room, Mr. Hendrick

MRY said:
Crushing news.
Years ago I discovered his email address (not that it was hard to find), which I intended to use to tell him about what an inspiration Barbarian Prince and Darklands were for Fallen Gods, (...snip...)
Click to expand...


Speaking of which, you can see many of his board games on the Board Game Geek website. Better yet, many of his games (at least those published by Dwarf Star), including Barbarian Prince, are available for free!


MRY said:
I know nothing about his life, and have no direct knowledge of his character. I read his articles and his Steam forum posts, and I played his games. To me, all of them bespoke an abiding curiosity, a creative vision, and an overflowing generosity toward his players. The man put many saints in Darklands. May they speed him to his creator.
Click to expand...


Agreed.
But if your eye be evil, your whole body shall be full of darkness. If therefore the light that is in you be darkness, how great is that darkness!

Darklands was so ahead of it's time. I still remember that beautiful manual. Not to mention that he was the same age as me, really hits home. RIP, mate.

He was also a designer on Pirates! and Pirates! Gold, among a lot of other MicroProse games. Sad to see him go.
hello.

Tom Baker's Arse said:
Darklands was so ahead of it's time. I still remember that beautiful manual. Not to mention that he was the same age as me, really hits home. RIP, mate.
Click to expand...


karnak said:
Darklands was (along with Ultima Underworld) one of the games which showed me the greatness that CRPGs could achieve, in terms of complexity and gameplay.
It saddens me to see someone, whose creation gave me so many hours of joy, pass away. As it saddens me to see how very little RPGs have achieved since 1992, in terms of true ambition.
(snip...)
Click to expand...


Being serious... I do hope I am wrong, but I am afraid we won't see the likes of a company like Microprose again...
But if your eye be evil, your whole body shall be full of darkness. If therefore the light that is in you be darkness, how great is that darkness!

Prophet of the Dumpsterfire

Darklands is one of the games that hasn't been replicated enough intentionally. Unique approach to supernatural and fantasy, as well as world design, could benefit so many games.

Farewell young Prince into the night

I elaborated on my earlier post in this thread here: http://www.wormwoodstudios.com/2020/05/arnold-hendrick-rest-in-peace.html 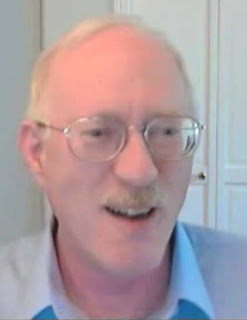 On May 25, 2020, Arnold Hendrick, the creator of the revolutionary board game Barbarian Prince and the revolutionary computer game Darklands, was taken by cancer, just shy of the three-score-and-ten years the Psalmist allots us. “It is too soon cut off, and we fly away.”

I never met him; I know next to nothing of his life story. But all the same, Mr. Hendrick had a direct and significant impact upon me. Fallen Gods is inspired by both Barbarian Prince and Darklands. Both games are marvelously inventive and brilliantly realized. Sometimes works of fantasy are called “escapism.” To “escape” literally means to shed one’s cloak. (One can ponder the age of brigandage when slipping a robber’s clutches in that manner was frequent enough to coin this expression and put it in common currency.) Mr. Hendrick’s games were the opposite—the player does not shed his cloak so much as garb himself in another’s clothes. Contrary to the genre’s name, most RPGs do not achieve this effect. The player’s role is not that of a hero, but that of a hedge fund analyst, crunching numbers, maximizing upside and minimizing downside. But in Barbarian Prince and Darklands, the player is immersed in the characters and the setting. For a while, he sees a different world through different eyes. A person is greatly enriched by such an experience, while merely shedding a cloak—in contrast—leaves one a little poorer, even if we sometimes need to escape to survive.

When I began designing and developing Fallen Gods years ago, I tracked down Mr. Hendrick’s email address. When our game was ready, I wanted to show it to him as tangible evidence of the impact and inspiration of his work. But I kept delaying the email because I wanted to make sure Fallen Gods was worth his time. Now there is no time left.

So I must end where I started: I never met Arnold Hendrick; I know him only through his published games and articles about game design. To me, all of them bespoke an abiding curiosity, a creative vision, and an overflowing generosity toward his players. The man put 136 saints in Darklands. May they speed him to his Maker.
Wormwood Studios

Poor guy never got his proper Darklands remake he wanted

Location
LAND OF THE FREE & HOME OF THE BRAVE

True incline. I thought of him many times working on Grimoire and tried to make a game of equivalent scope and atmosphere.

The real quality of Darklands is found in how few people appreciate it - it is something you persevere with. Most popamolers would not stay with it more than ten minutes. It is only about two hours in you begin to realize how great it is.
* * * CRACKERJACK * * *
GIT GUD, WITH MUH BALINSE OLD SKOOL
"STONES OF ARNHEM" WIZARDRY-STYLE UBER MAGNIFICENCE NOW IN DEVELOPMENT AFTER 30 YEARS!​

I can't begin to express how much his work influenced me. On a more superficial level, I wouldn't have gotten any interest in RPGs or medieval history without Darklands. But beyond that, he taught me how to look at the world from the perspective of someone with a very different system of beliefs from my own. I've carried that forward my whole life and I think it's benefited me and those around me a lot.

Arnold has been my friend and colleague since we worked on Darklands, together, so many years ago. Recently, over the past couple of years, he set out with a small team to begin actual production of the spiritual successor to Darklands. He asked me to join that team, and we partnered in a small LLC this past year, dedicated to bringing this game forward. We are working through early pre-production and concept. Arnold was directly involved, and driving this project, up until his final days. The Team at MHF Software, with the blessing and support of Arnold's Family, will continue his efforts to bring this last project to completion. It is too early for updates, or announcements, but Arnold and I spoke of this the day before he passed and he wanted you to know that this was happening. Peace, Matt
Last edited by a moderator: Jun 12, 2020

That's fantastic! A Darklands-inspired game is great in and of itself, and AH's legacy living on through such a project is even better.
Wormwood Studios

Any of these studies for the game?
Wormwood Studios

MRY said:
That's fantastic! A Darklands-inspired game is great in and of itself, and AH's legacy living on through such a project is even better.
Click to expand...

Thanks, MRY! No studies for the game, yet...too early!

Rest in peace. I did not play many of his games (only Darklands), but he undoubtedly inspired many Codexers and developers.
You must log in or register to reply here.