The world is broken. Its surface seethes with an undead curse, while humanity clings to flying continents in the sky. From mushroom forests to undead mausoleums, strange places and people await you. But will you find a way to heal this world - or seek power and profit for yourself?

With a beautiful retro 3D aesthetic, Dread Delusion is an open world RPG focused on player choice. Uncover a rich, interactive narrative through the game's quests, or pick a direction and explore by yourself.

Carve your own path. A keen mind or charming wit can prove just as useful as a sword; and your decisions will shape how the story unfolds.

Towns offer a needed respite for the weary traveller. Sleep through the night, trade goods, accept quests and speak with the locals.

That looks like a weird mix of Hexen and Morrowind...

Looks... interesting. Those mushroom forests amd general weirdness brings Morrowind to mind.
Playing and writing about lesser known RPGs to bring them out of obscurity, for better or worse. My reviews: Another War, Gorasul: Legacy of the Dragon, Heath: the Unchosen Path, Krai Mira: Extended Cut, Prelude to Darkness, Teudogar and the Alliance with Rome, Vendetta: Curse of the Raven's Cry, and soon more to come!

Finally a successor to King's Field.
FROM is too busy with rolling simulators
SausageInYourFace said: Everytime Skyrim is discussed in General RPG people get fucking flamed like hell and someone gets dumbfucked and then you enter this thread and everybody has like a bazillion hours dumped into the game, FFS. I swear I will never ever take any of that elitist shit seriously anymore.
Grimwulf said: Third world war might not be fought over resources, over land or to overthrow regimes, but to get men out of their homes, you heard it here first folks.
My Let's Plays: Marauder-Man of Prey [finished] | Planet Alcatraz [finished] | Hard to be a God [finished] | The Fall - Last Days of Gaia [finished]

This better not be crab.
"I'm now making myself as scummy as I can. Why? I want to be a poet, and I'm working at turning myself into a seer. You won't understand any of this, and I'm almost incapable of explaining it to you. The idea is to reach the unknown by the derangement of all the senses. It involves enormous suffering, but one must be strong and be a born poet. It's really not my fault." --Arthur Rimbaud on joining the Codex

Hobo Elf said:
This better not be crab.
Click to expand... 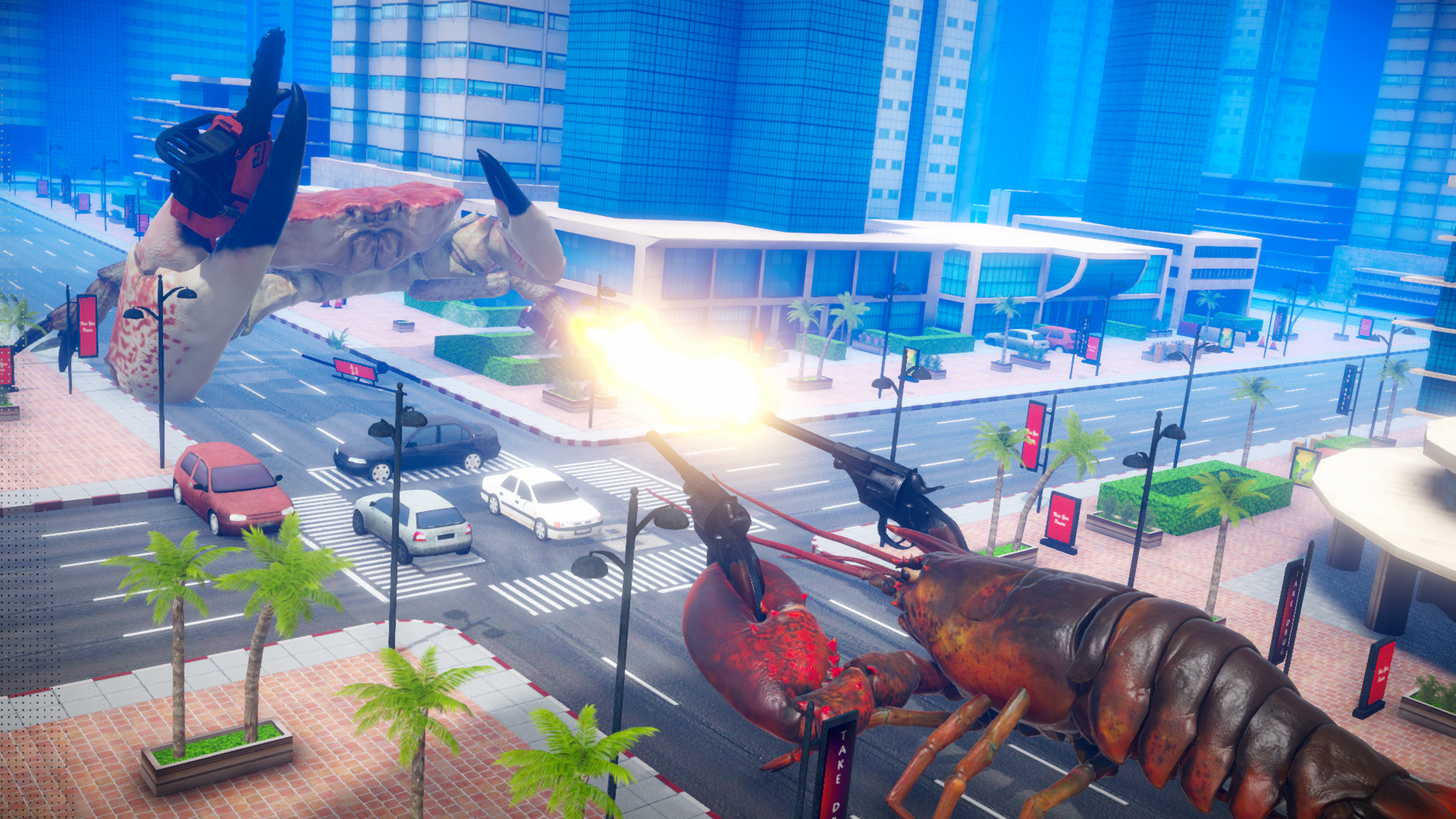 Looks interesting, could be fun as an open world game.

Demo on Steam Next Fest:

Hopeful for the King’s Field IV sequel we never got

Hobo Elf said:
This better not be crab.
Click to expand...


lordy.. google crab aliens books and there are a lot.

This RPG in the Steam Next Fest looks like Morrowind in hell
The mood coming off Dread Delusion...! Upcoming open-world RPG Dread Delusion is, if nothing else, a hell of a mood. Soon after starting the demo that's now available in the Steam Next Fest, I found myself just chilling with the soundtrack and watching the hot pink sun crawl across the sky, fed by tendrils swirling into it and briefly occluded by blood-red clouds. A great vibe. Like a small Morrowind, but in the sort of Hellsville where the local tavern is adorned with the giant skull of a slain god who collapsed upon it.

In the Elder Scrolls tradition, Dread Delusion starts us as a prisoner. We're freed to hunt the leader of a band of mercenaries accused of the scandalous crime of aiding god-worshippers, kicking off the main quest, but soon we're free to explore, do side-quests, chat with townsfolk, join the thieves hanging out in the sewer, and all that open-world RPG stuff. Movement and violence are decidely of the era which inspired the game, which I can't say I'm super into, but that's how it goes.

We're also free to just watch the 'neuron star' circle our land of hovering islands while enjoying the music, and I sure did.


It's a pretty game. Lots of weird machinery and mushrooms and Warhammer 40K-esque servitors and just some great colours. Cracking soundtrack too. And I do like the wobble to everything, because I'm like that. I also enjoyed watching the plants you can harvest for alchemy:

You can download Dread Delusion's latest demo from Steam. You might have played an early demo ages back in the Haunted PS1 demo disc. The full release will follow, like, at some point. It's led by Lovely Hellplace, aka James Wragg, and published by Dread XP.

We've got plenty more Steam Next Fest demo recommendations for you too. Valve's free demo-o-rama runs until Thursday the 7th.
Click to expand...

Has anyone played the demo yet? Does this game has potential??

I'd say it looks closer to Daggerfall in hell and not Morrowind.

There are quite a few demos on that digital disc.
Last edited: Oct 5, 2021

The demo is very very boring. You move super slow, combat is utterly braindead easy, and you spend most of your time slowly walking through empty environments waiting for something interesting to happen.

Maybe the game gets more interesting past the demo area, but it makes a terrible first impression.

Sinatar said:
The demo is very very boring. You move super slow, combat is utterly braindead easy, and you spend most of your time slowly walking through empty environments waiting for something interesting to happen.
Click to expand...

Sounds a lot like Morrowind! It even has the stamina meter that punishes you for running. Actually, after playing the demo, the stamina drain from sprinting is even more obnoxious than Morrowind's because it doesn't recover fully until you rest at a bed. However, it doesn't seem to affect much other than maybe weapon damage. I didn't exhaustively play everything in the demo, but after the first real quest I was sick of it. There's not much to do but run around looking at the world and kite braindead enemies that beeline for you. The only place I disagree with you is movement speed which was fast enough; it's just that the world was very large and barren. I looked up footage from the older non-steam demo and movement seemed much slower. Did you play that one?


KeighnMcDeath said:
I'd say it looks closer to Daggerfall in hell and not Morrowind.
Click to expand...

In truth it's more Skyrim with a PSX paintjob.
没有版主们就没有新RPGCODEX。

The UI was an immediate turn-off (Oblivion flashbacks), but I stuck through for about an hour before I gave up. As mentioned by previous posters, the world is very barren. I really wanted to like this, but travelling from point to point is a slog with little happening in-between. The writing is okay, nothing too hipster/edgy, and the premise is very interesting: think Gothic in a hellish landscape. Unfortunately, I'm just not sold on the gameplay. No mantling, no proper physics system, a very dumbed down RPG system with sluggish combat... I could go on but you get the idea.

I thought the game would open up some more as you played on, but nope, watching YouTube playthroughs, it's just more of the same.

This looks more like a puzzle game. I like the colors and the weird world but it is a bit empty. I think the ghosty's words could pack more punch if not using words like Fucked. It kind of breaks the otherworldliness imho. It should be more cryptic. So the dialogue might be very weak and thus the avoidance of people. I don't mind walking simulators since I do that irl when hiking in dark forests alone, swamps, riversides, deserted buildings and graveyards, etc. That meter though..... I hope there is a way to make it last longer as you get more powerful as potions will get used up fast.

Nothing which is "PS1 styled" can ever be beautiful. I wish people wouldn't recreate this dark time.
Vociferamini capsa delenda est.

Going on with the comparison, I think the game is set on homaging the style of King's Field series, rather than Morrowind.

Unfortunately, style alone isn't enough to make a good game. Hope the devs listens to the criticism and improves the weak spots.
You must log in or register to reply here.