Here's how it all looks like together so far. If you're curious which bits I wasn't happy with, take a closer look at the status screen texts.

Puukko said:
Very nice. It shouldn't come as a surprise that clean, pixelated art is easy to work with.
Click to expand...


I'd add to that that it seems to work wonders especially if the art was painted, then scanned and cleaned up. Or painted on a computer as a CG painting. Judging by the images I've seen it doesn't work well with something that was drawn pixel by pixel in the low resolution originally. Like this Kyrandia shot is just not good, those one-pixel spruce tree tops are murdered by lack of blurry pixel neighbours: 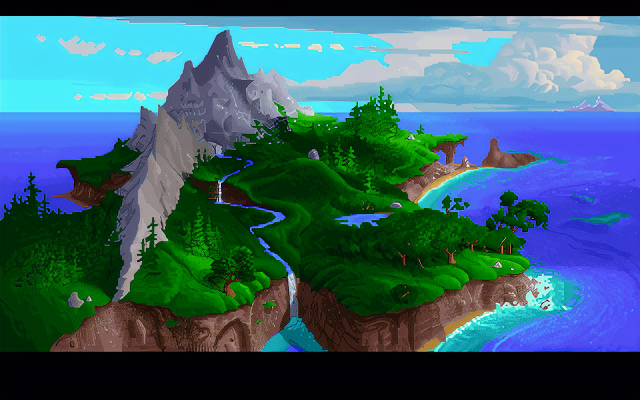 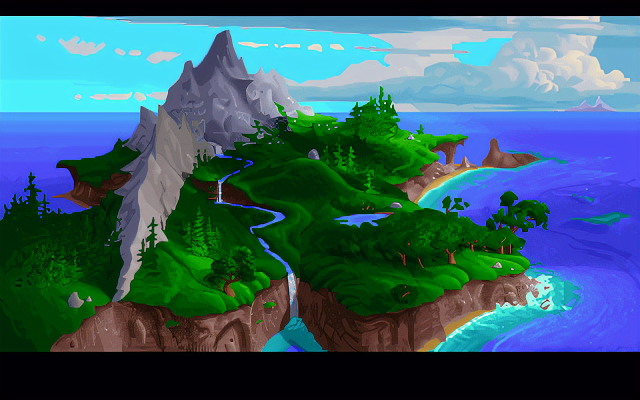 The feature-set of Project ART includes the following:

I wonder if Ryujinx will also implement FSR once they've rolled out Vulkan. But above all else, I'm waiting for texture replacement functionality, which is their next stretch goal.
Inter faeces et urinam nascimur

Savestates and/or "suspend saves" when? It wouldn't surprise me if these were somehow already a thing, but the devs hoarded it for themselves for "research purposes". similar stuff happened already.

Interesting, SMT/HT(?) seems to be harmful for some games while necessary for others. Might be worth investigating once I find a game I actually plan to play and not just test, and want extra performance.
Inter faeces et urinam nascimur

If you ever wanted ~4500 fps in a gba emulator your wishes have been fullfilled.

Not what I wanted, but then again, you never know when you need that.

PC-emufags playing current-gen games even before the official premiere. While dirty console peasants patiently wait for their turn. 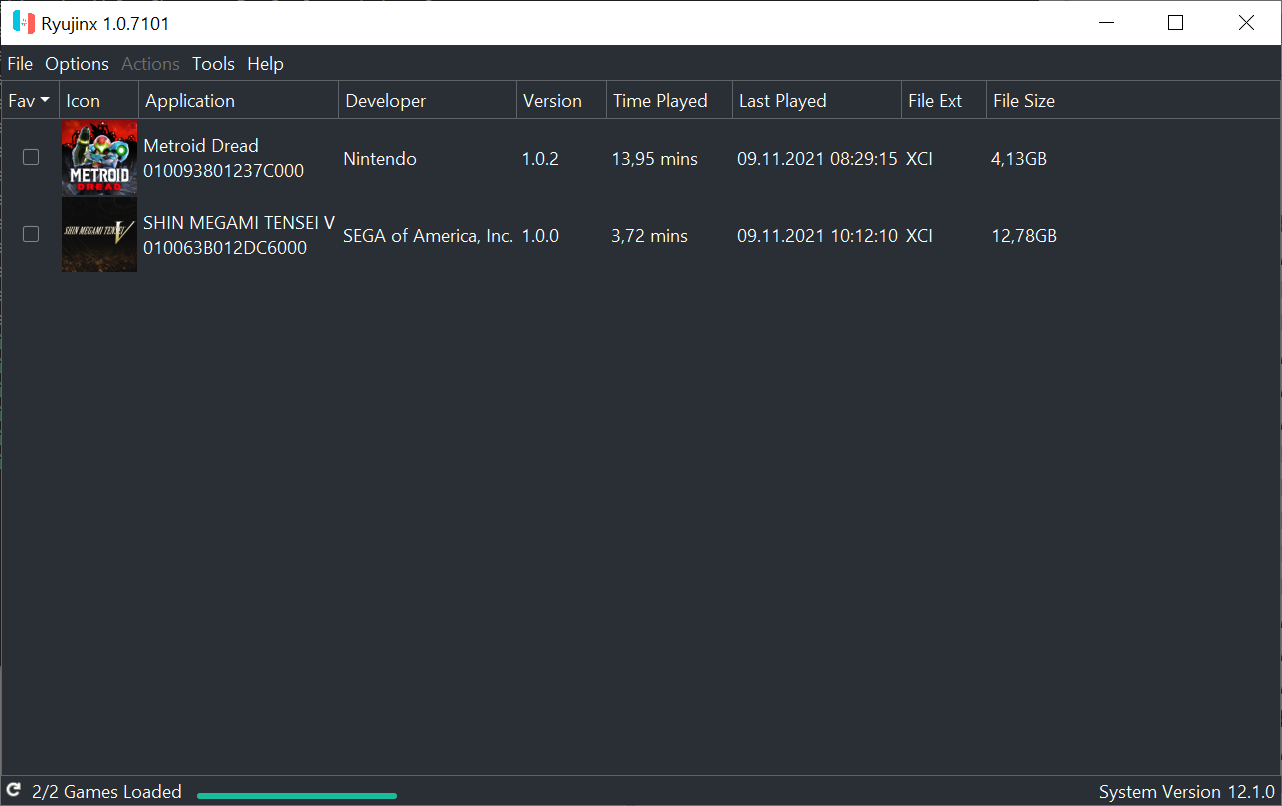 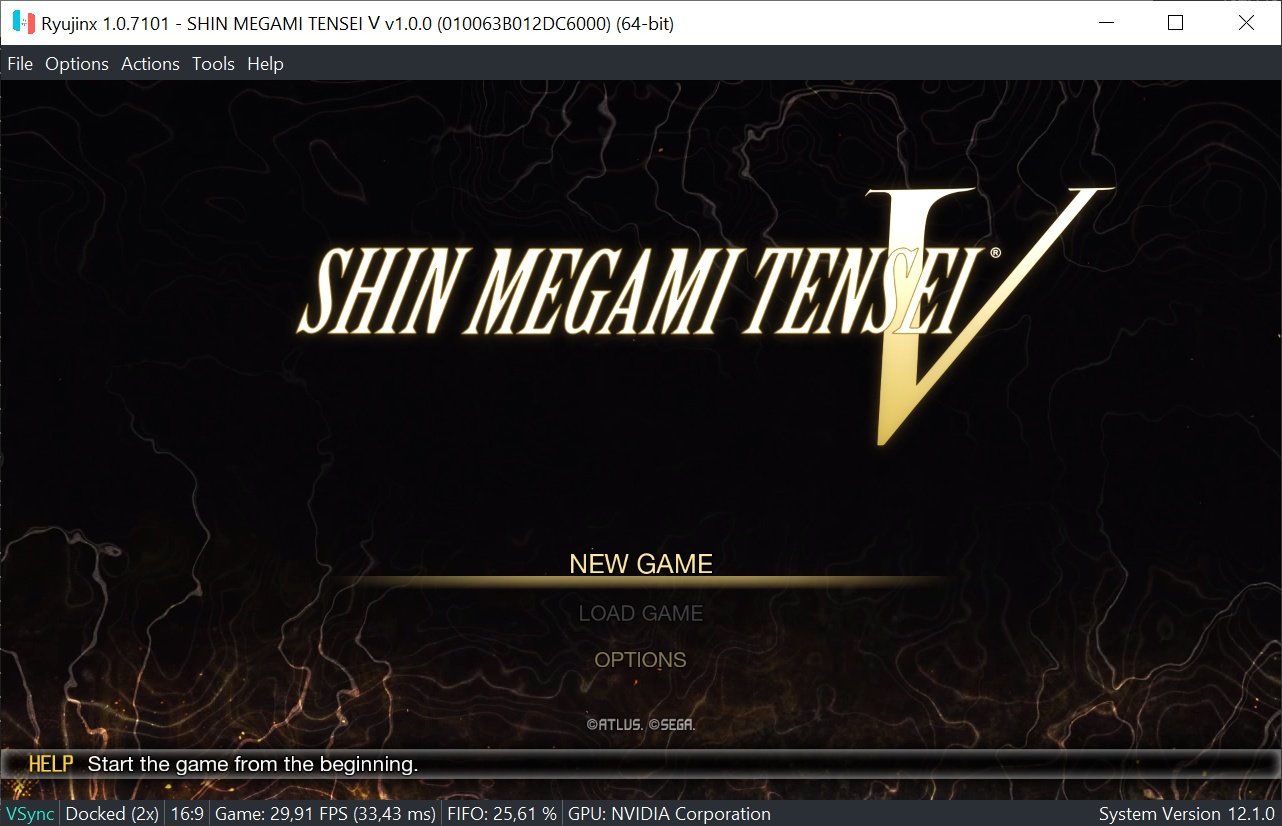 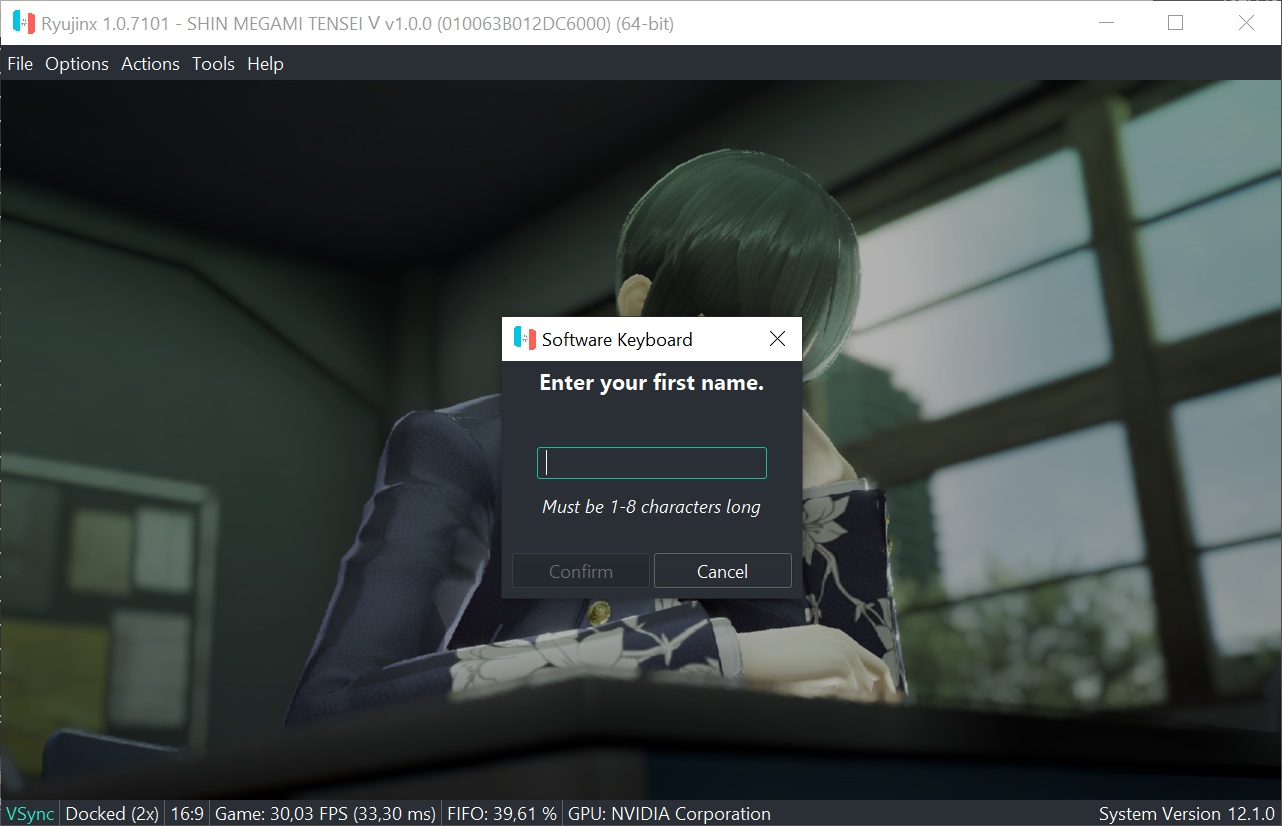 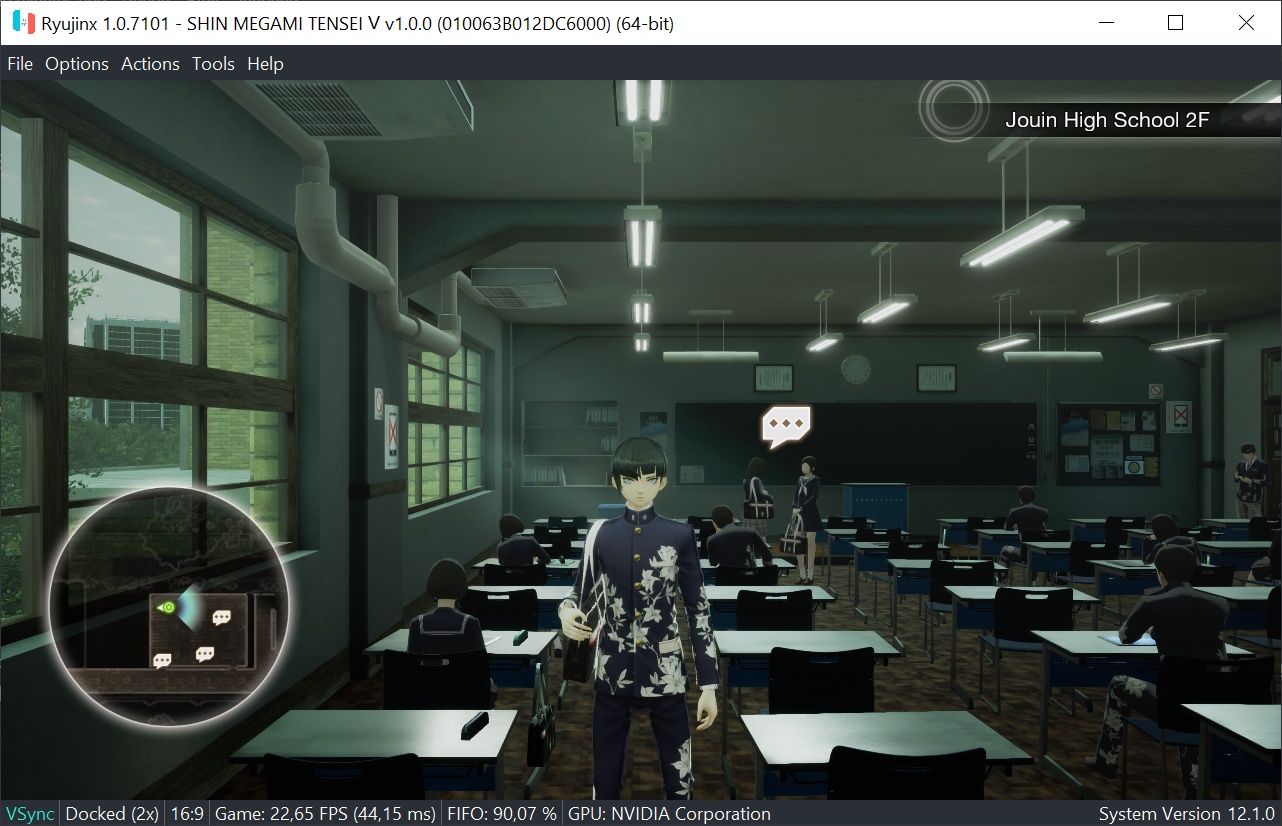 How on earth did I not remember this thread? Muddling my way through emulation. I was going to ask which of the japanese lines of computers were the powerhouse of their time:
https://www.sega-16.com/forum/archive/index.php/t-28632.html

Many of them have a lot of jp-only games(NEC and FM-Town, for example), others have a lot translated(MSX 1 and 2), some have not that many good games (Sharp x1 and 68k). I guess it depends on what you want to play.

BROs, there was some testing. 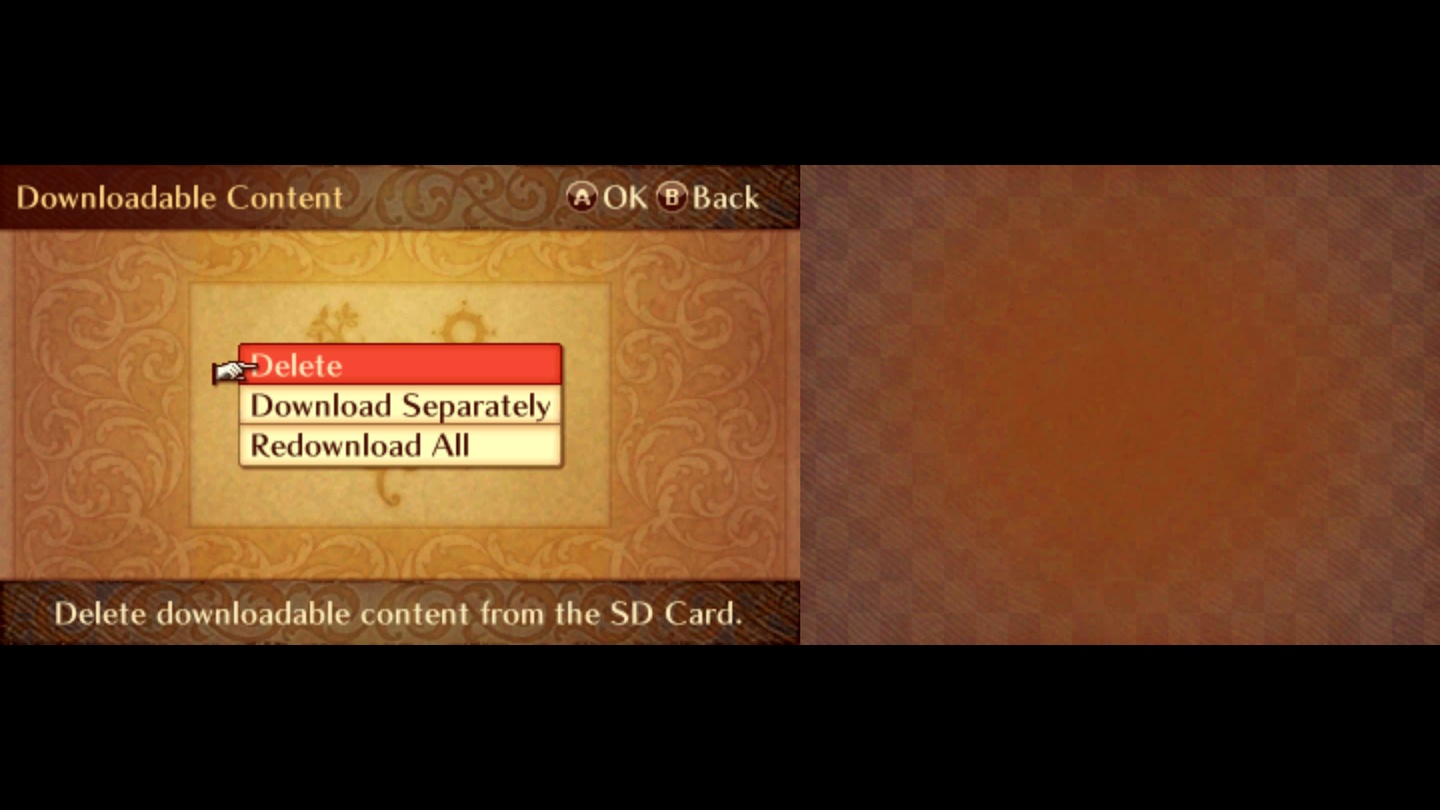 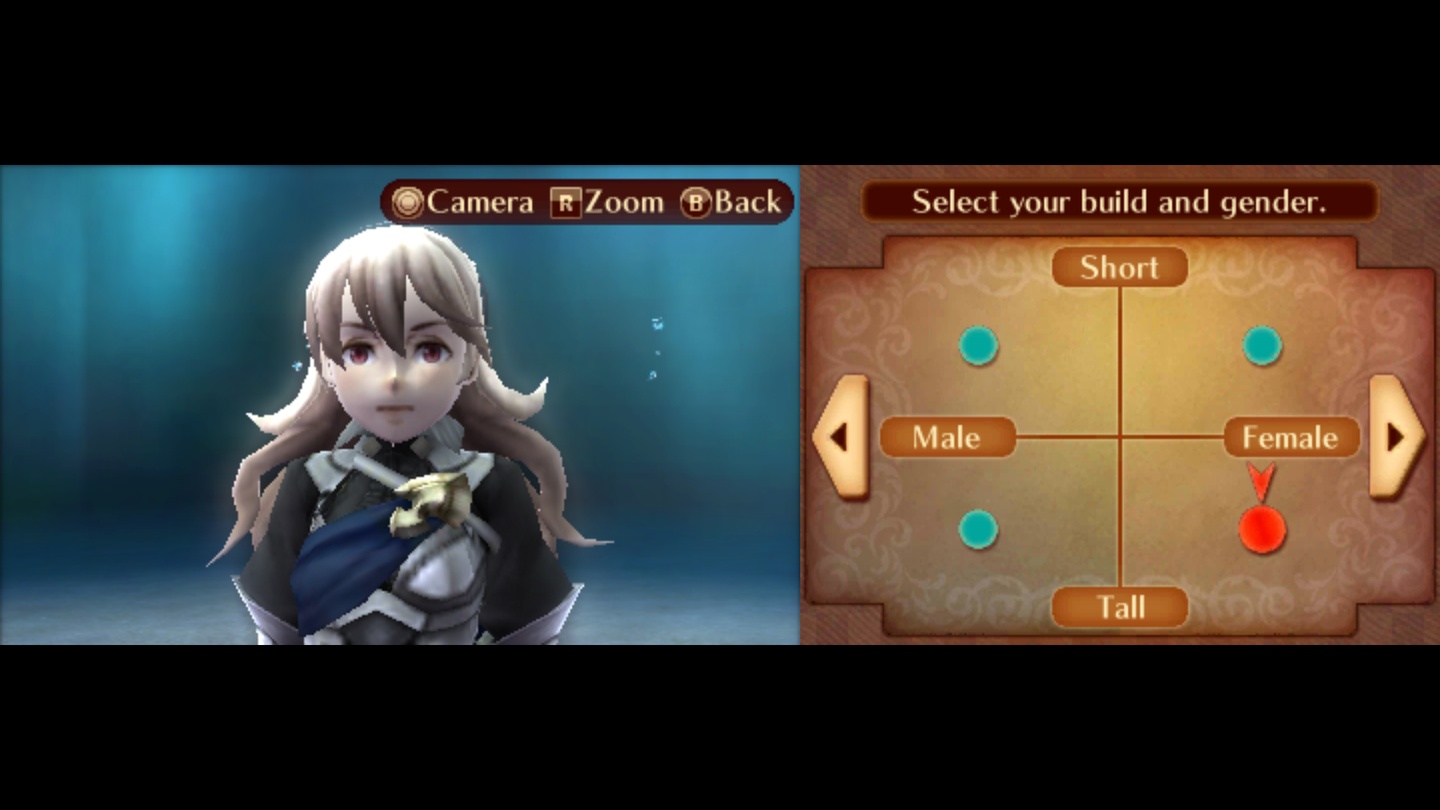 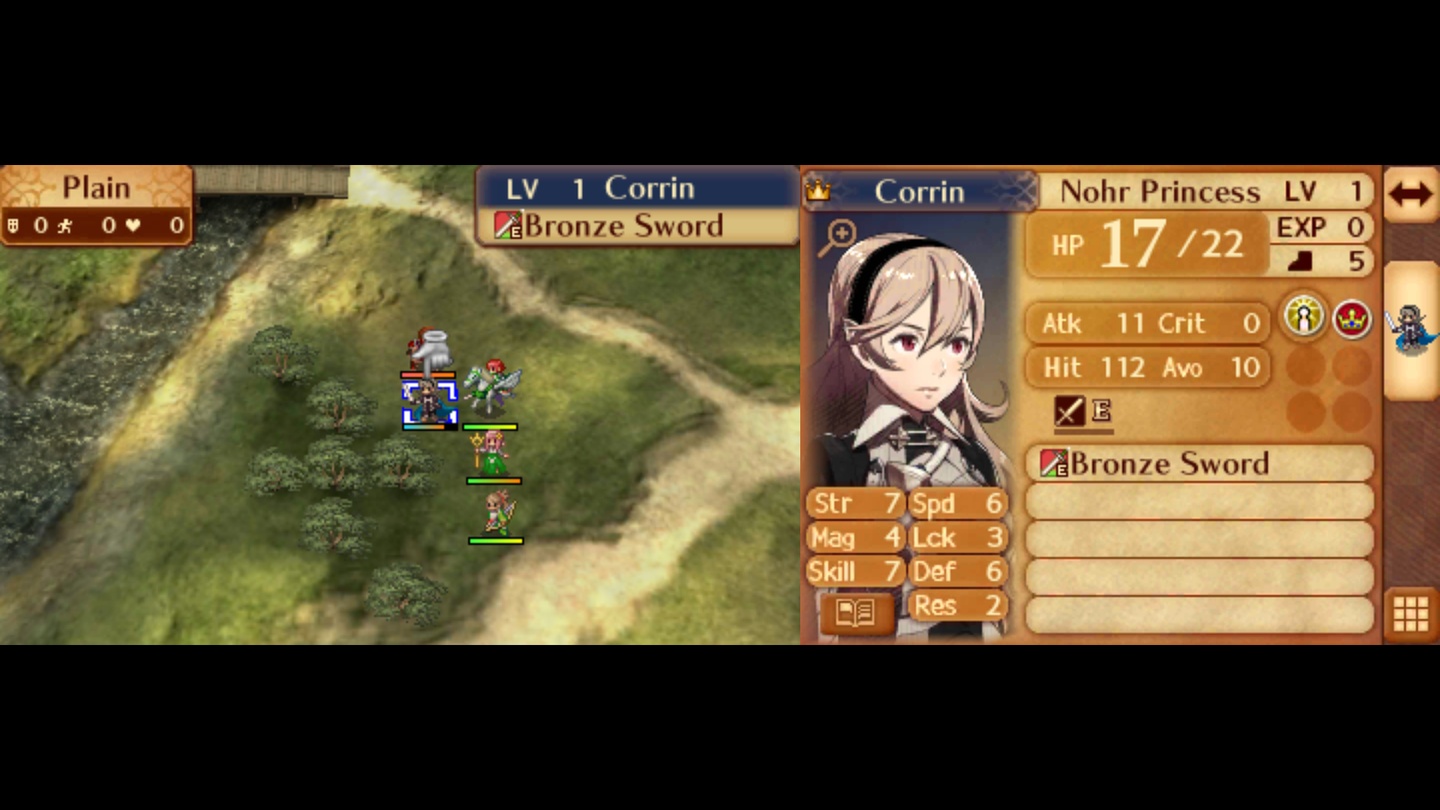 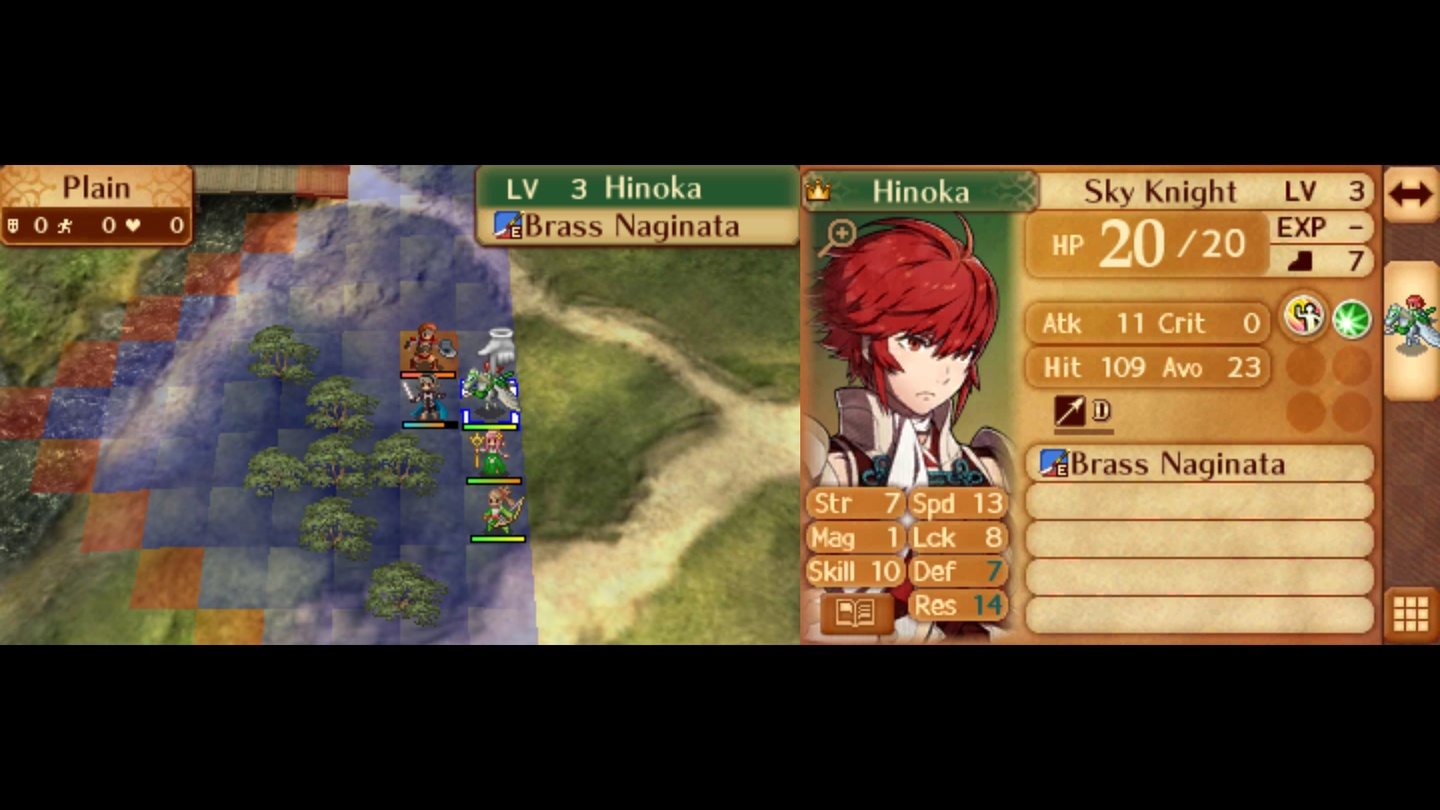 1) First thing that I've tested was Fates Icon Project. It's a romfs mod, which replaces "old" icons with new ones. There are two variants: "Regular" (no background) and "Background" (the old approach).
You can see what's what on the screens below (weapons icons). 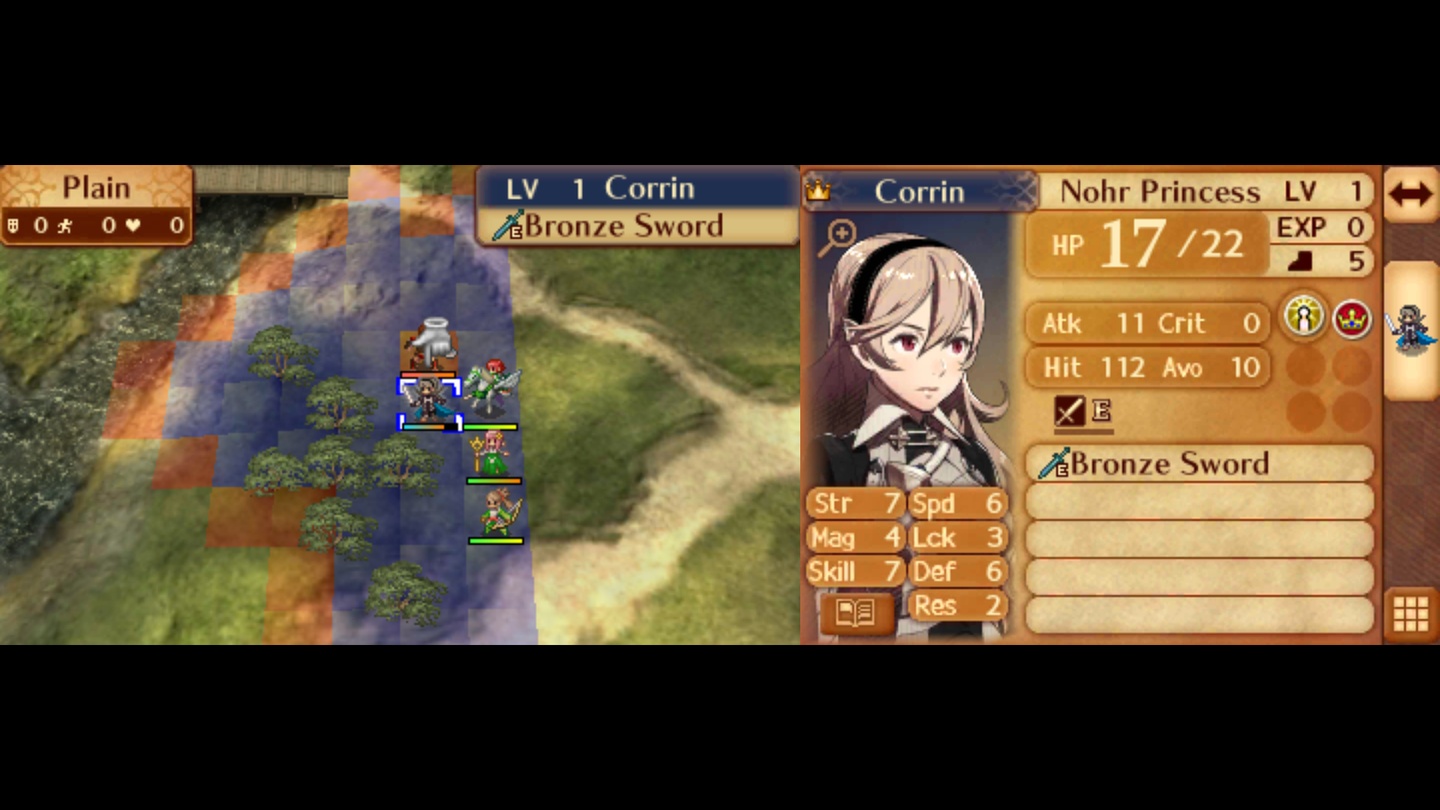 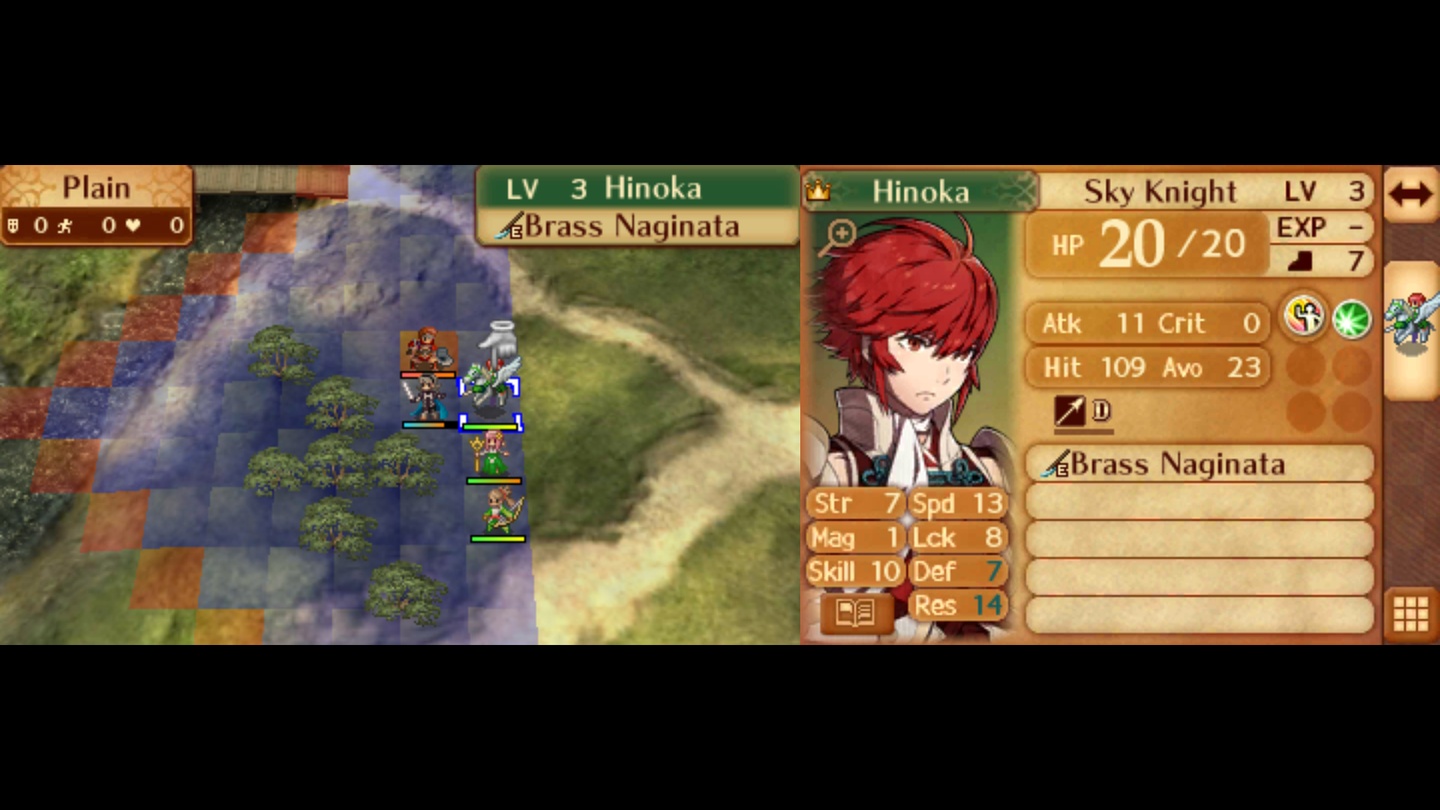 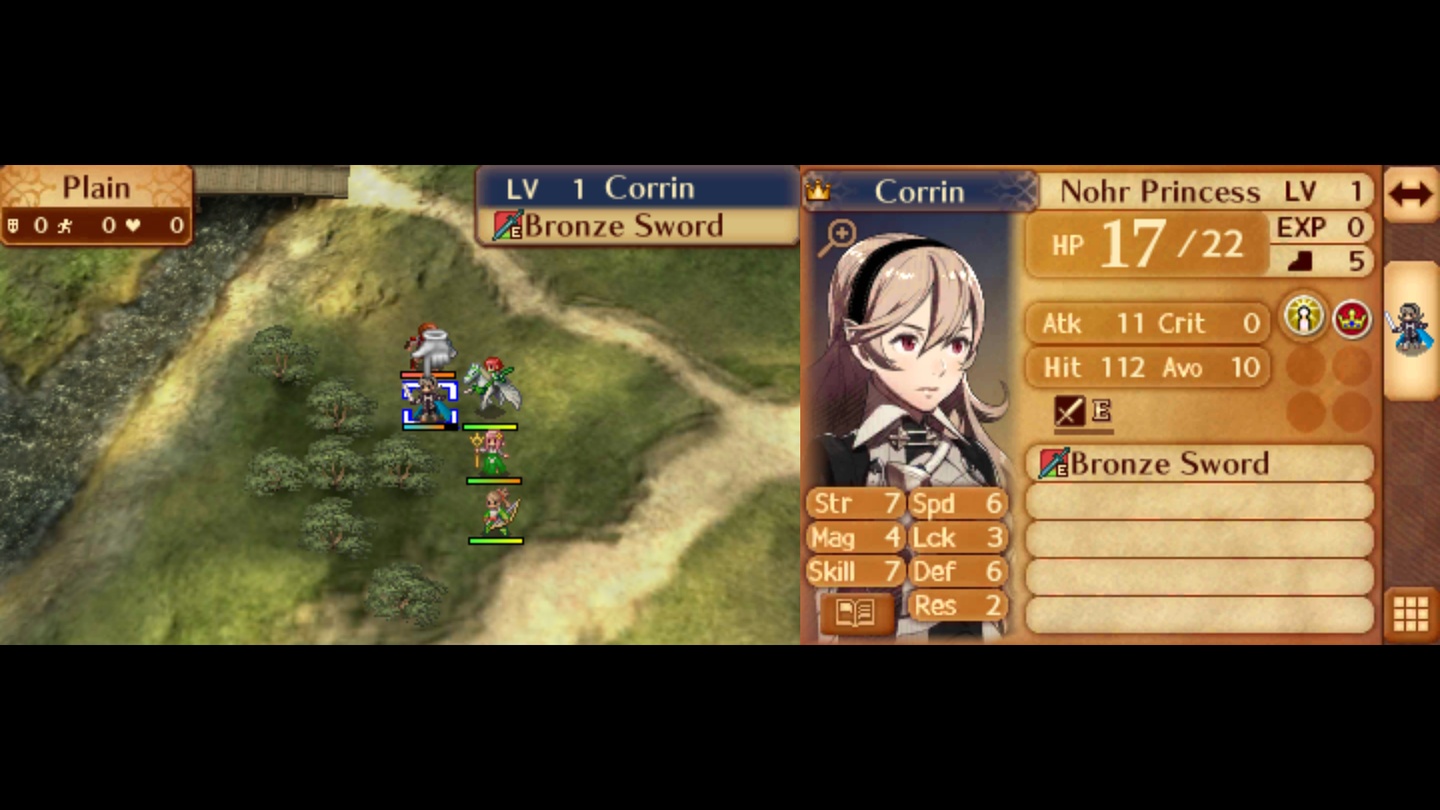 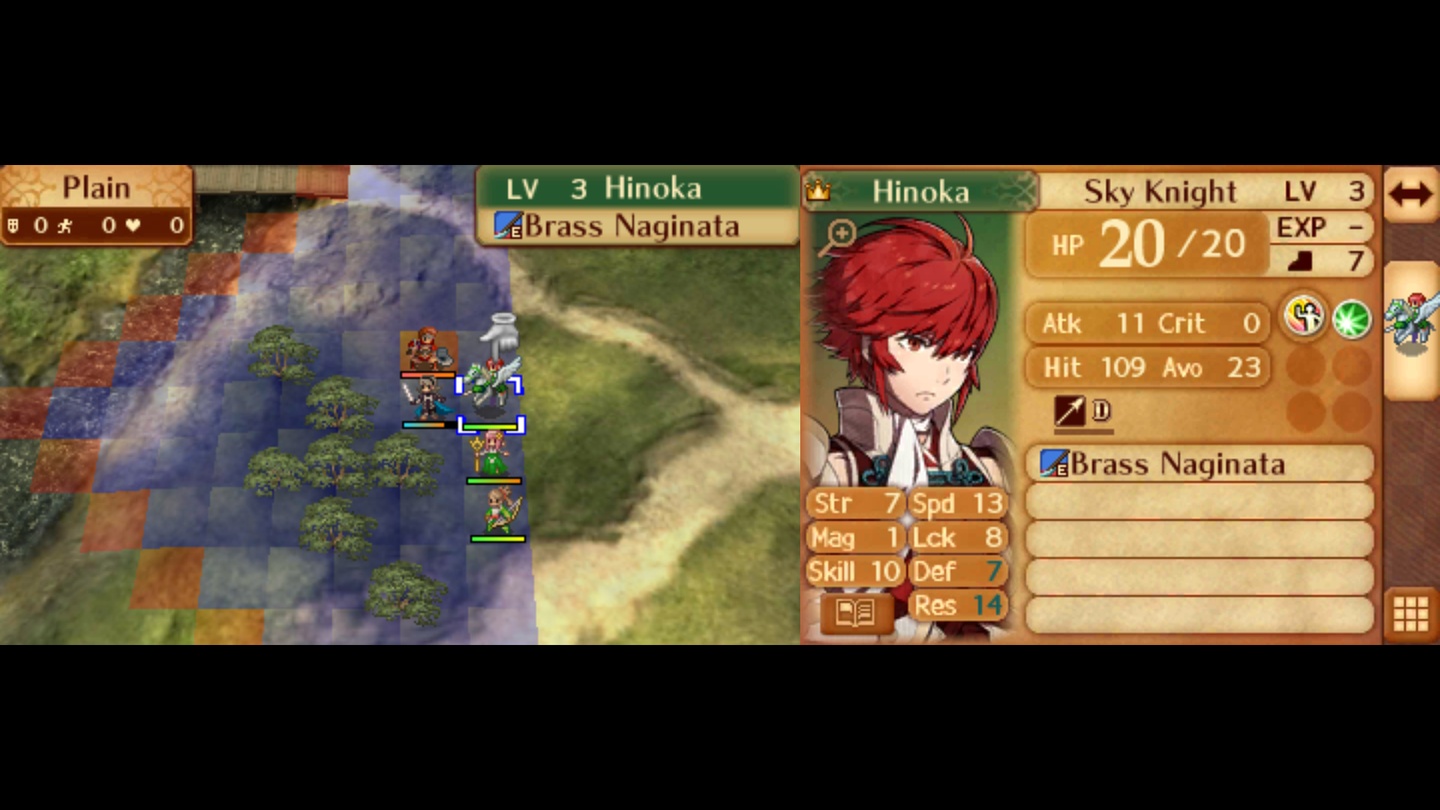 2) Second thing tested was the Fates Ghosting Shader Fix. This is a cheat code / ips patch, which fixes ghosting effect on non-native resolutions. So at 4x internal, this: 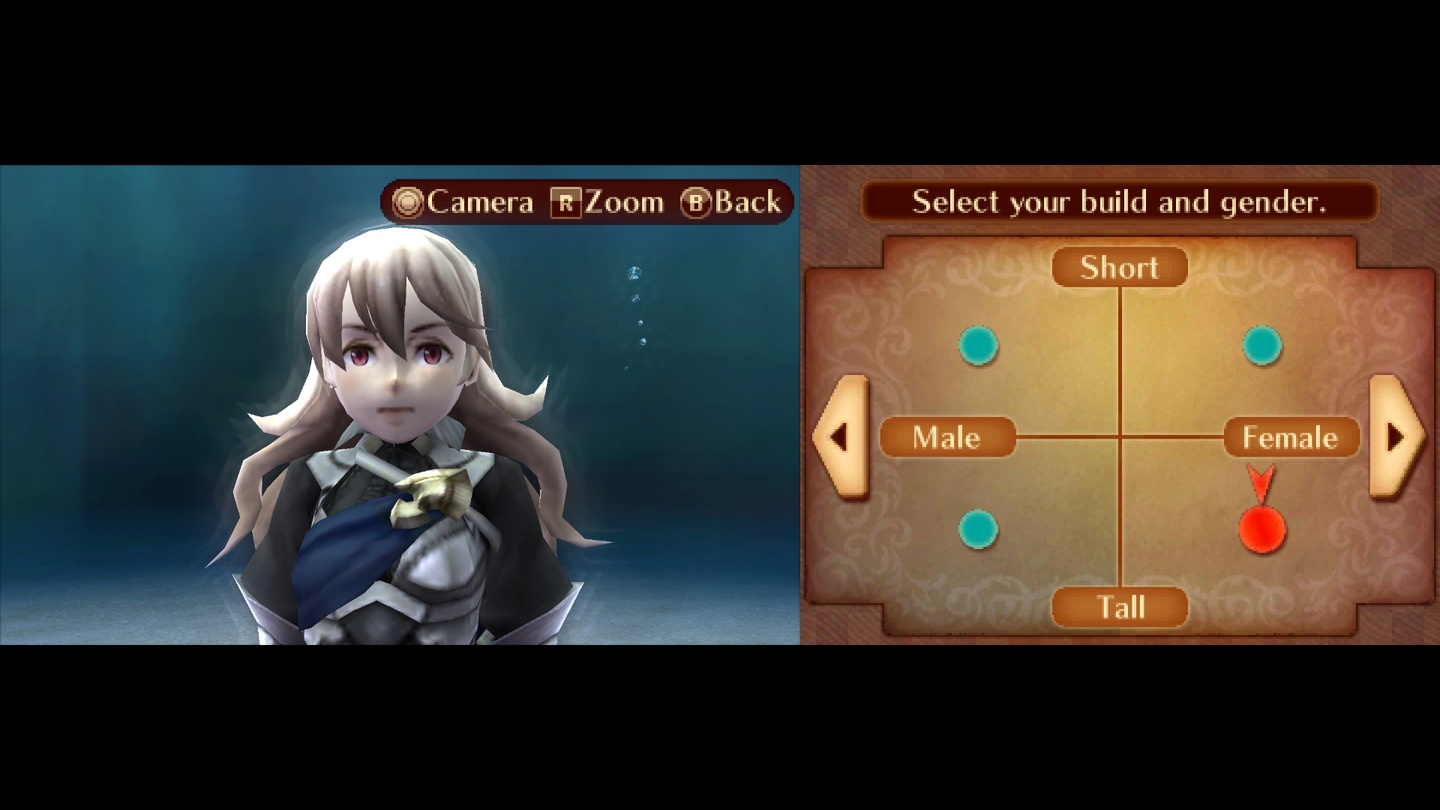 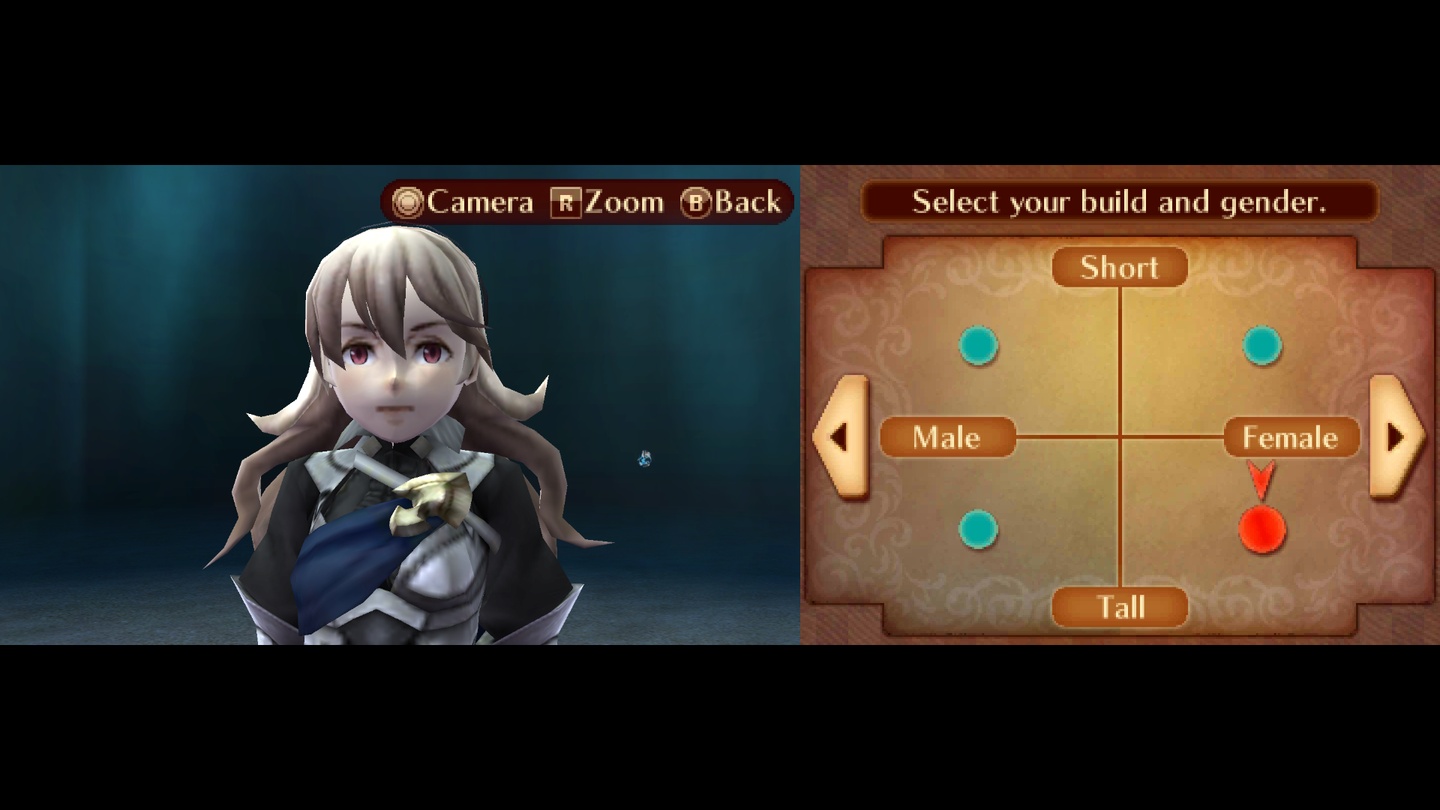 3) And this shit is essential when using the HQ Texture Pack. Which looks FUCKING GLORIOUS. 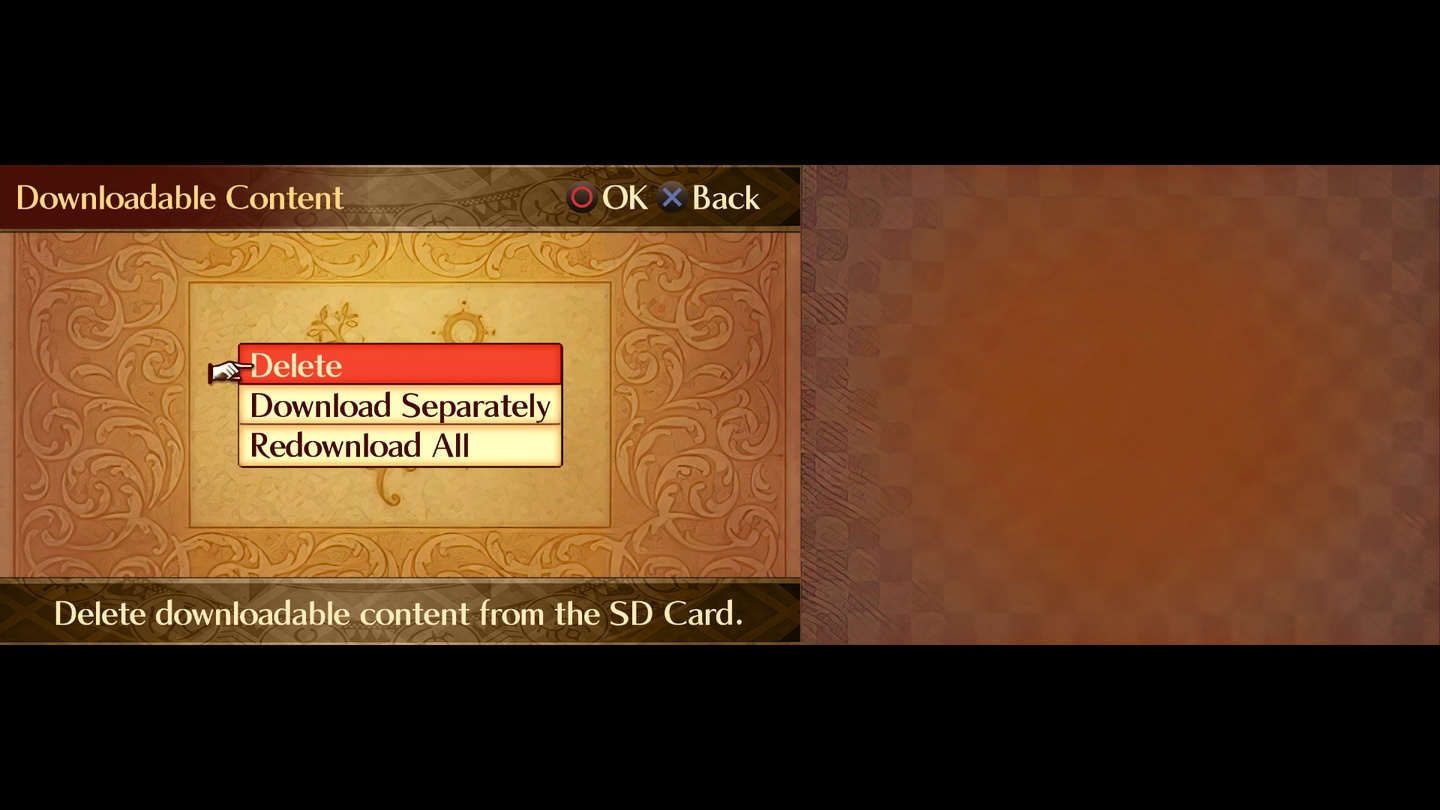 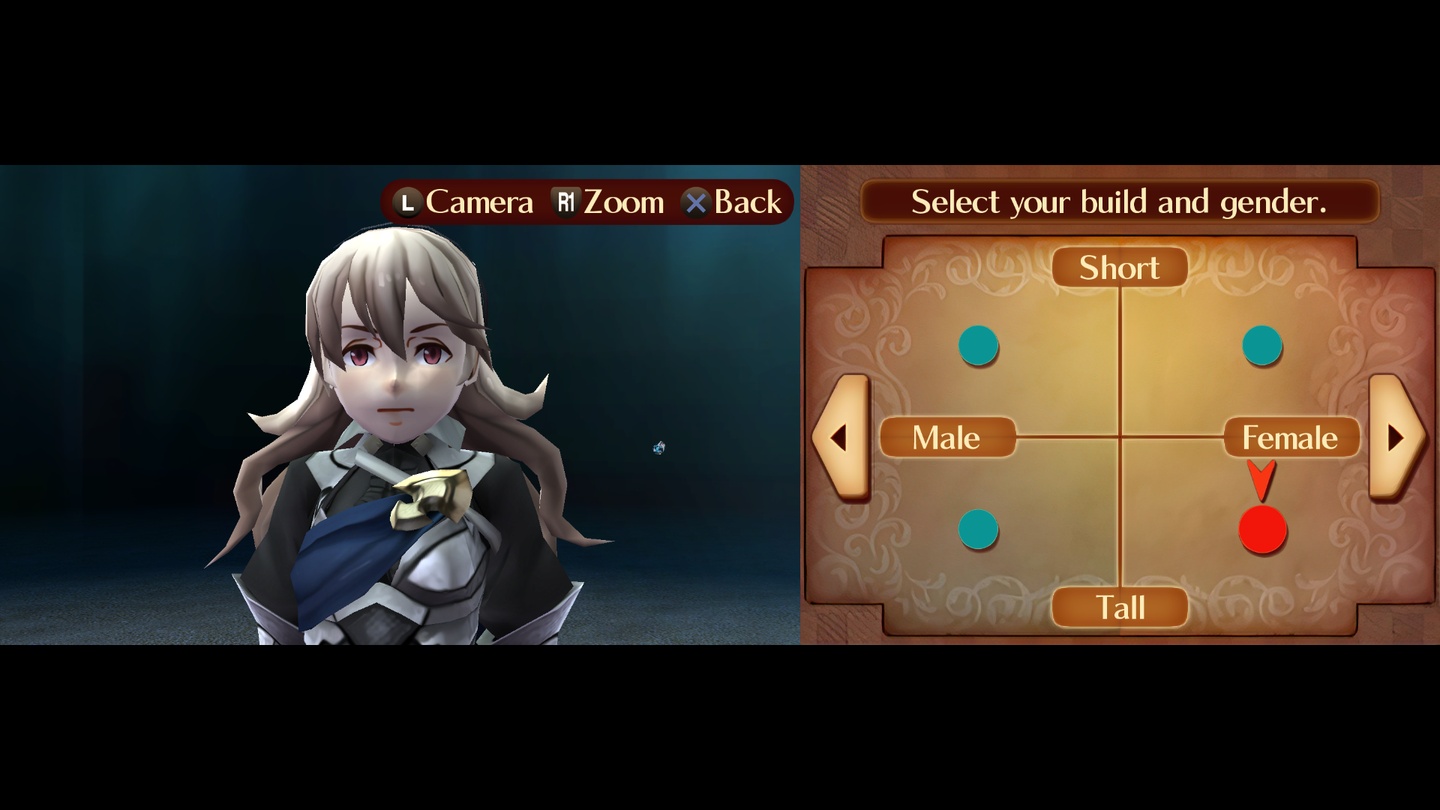 As you can see, the author wouldn't be a real modder, without adding some weird shit. In case of this pack, the usual modding-autism manifested itself as Playstation button prompts, and (to add insult to injury) - inverted.

Fortunately, you can fix this by modifying a single texture:


Code:
Just swap positions of required icons (or make A B X Y ones in Photoshop) and replace the texture in the "load/textures" folder. That's what I did to get the effect shown on screens above ('cross' to go back - in the vanilla texture it was 'circle'). 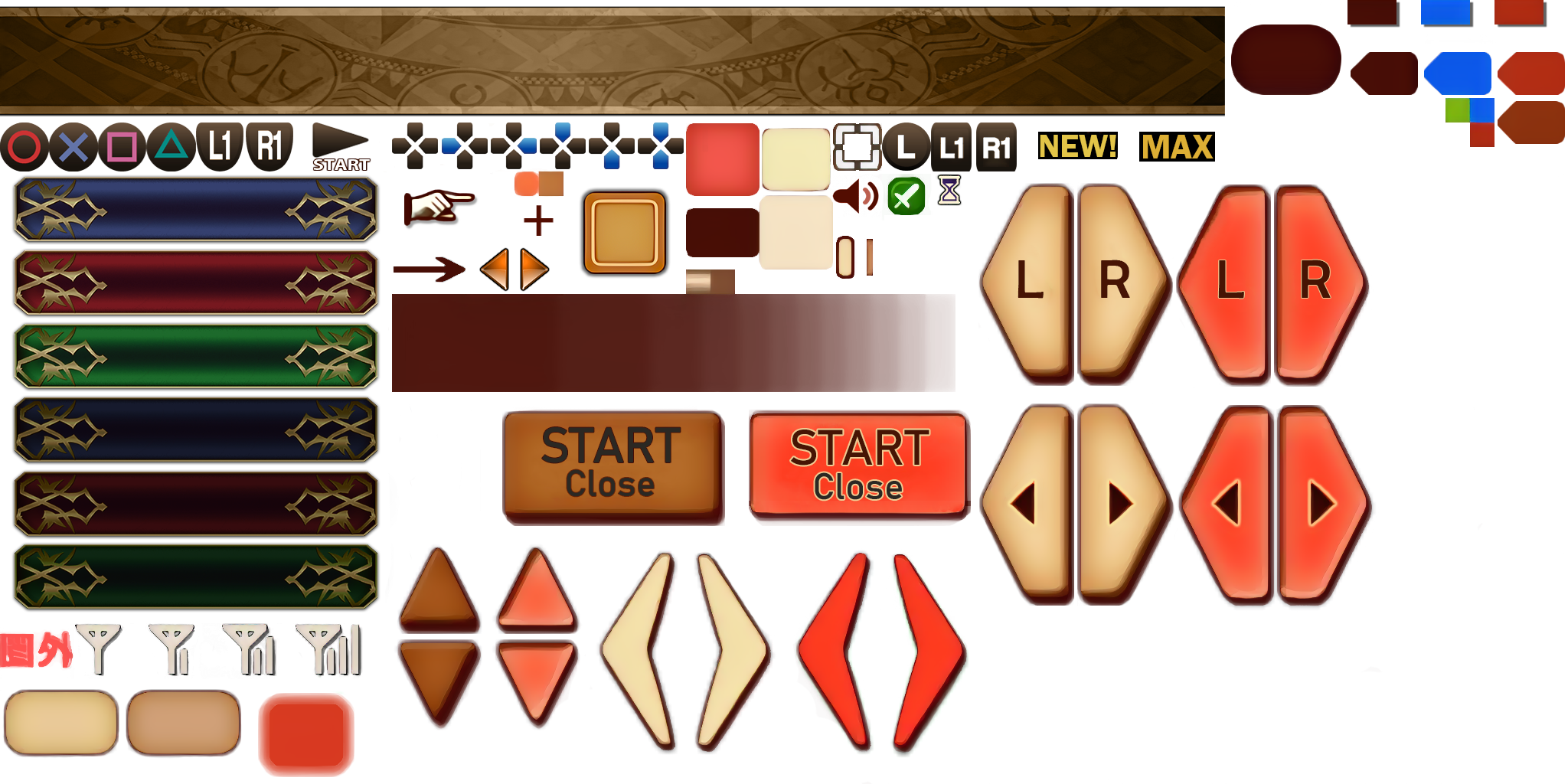 Anyway, the author of the pack can be excused for his autism, 'cuz the pack itself looks DOPE in action: 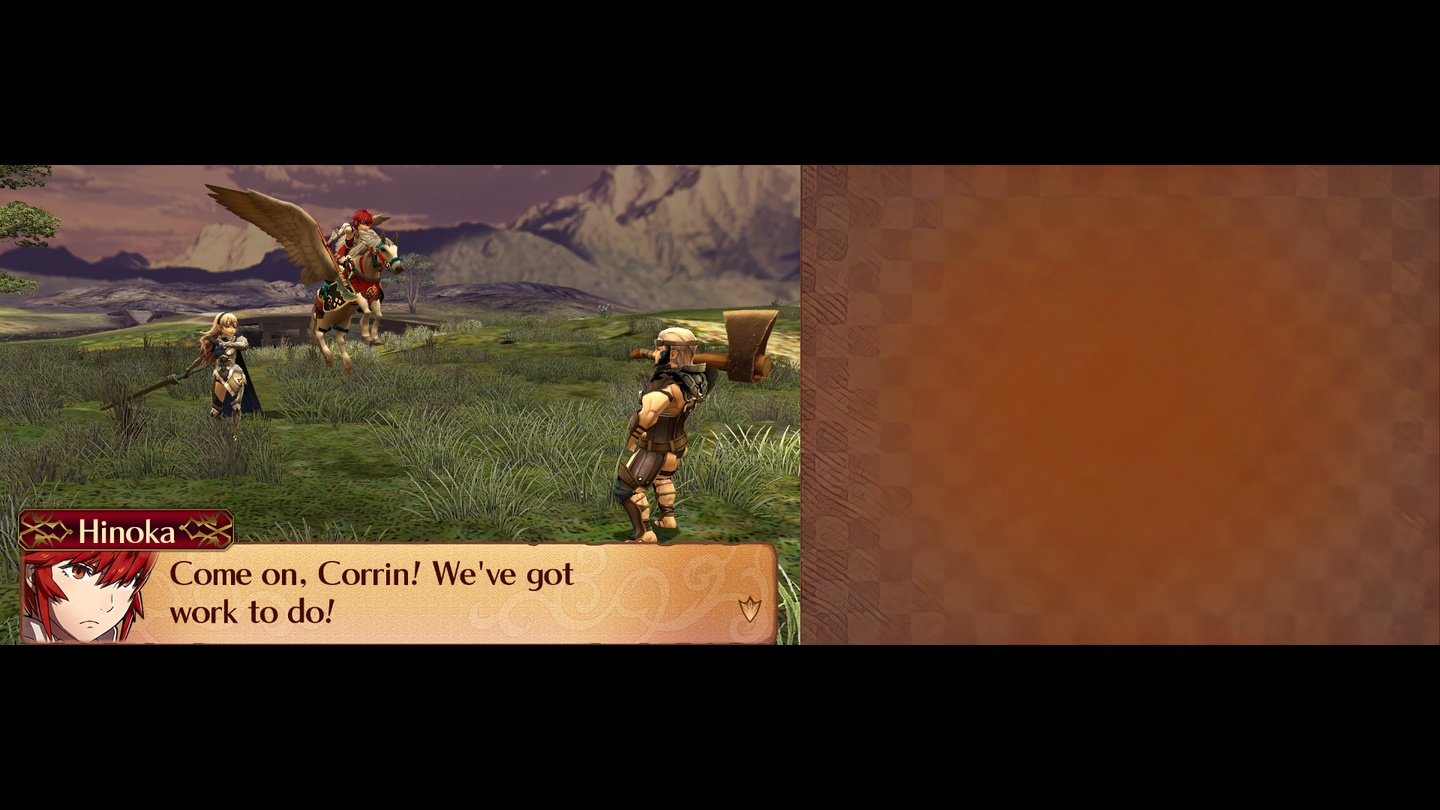 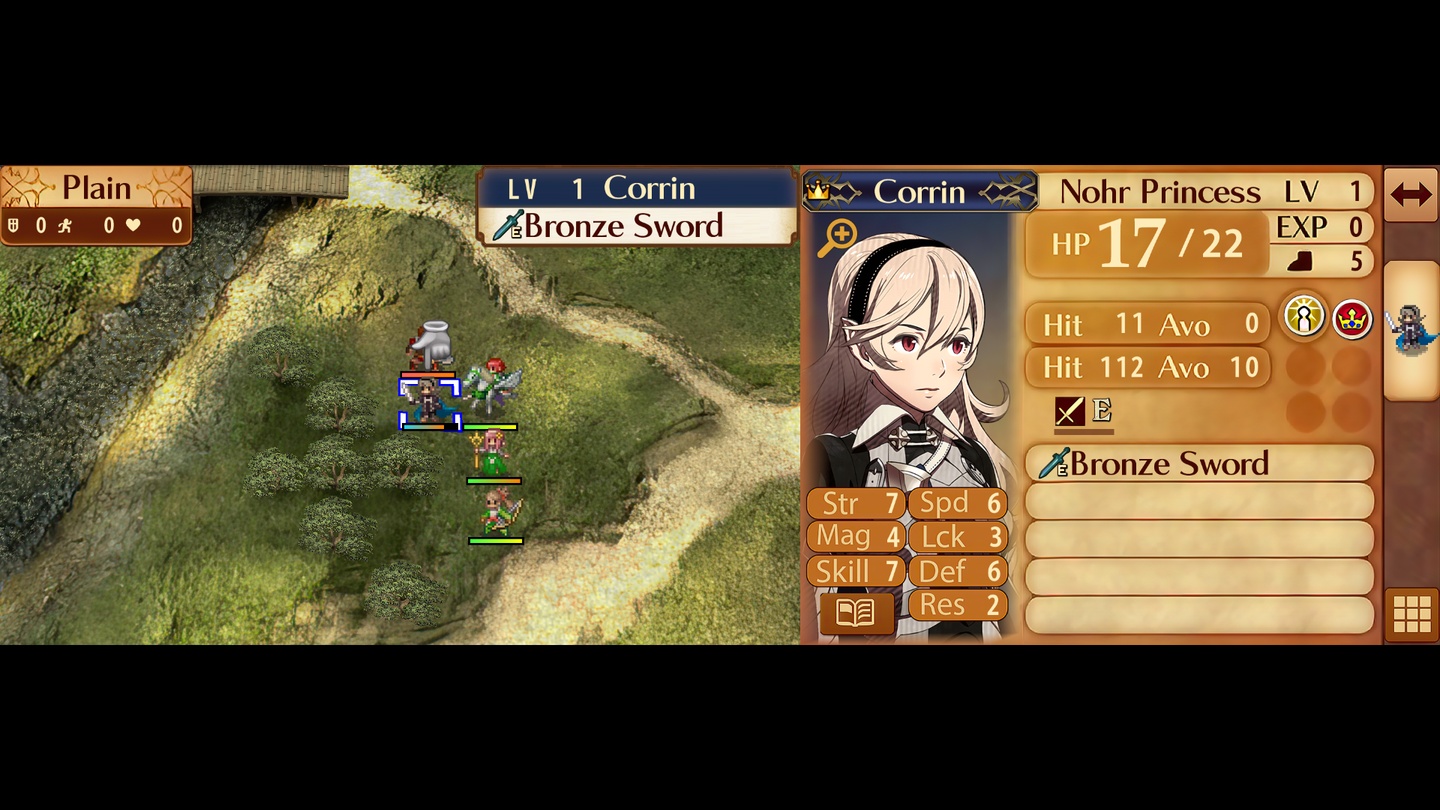 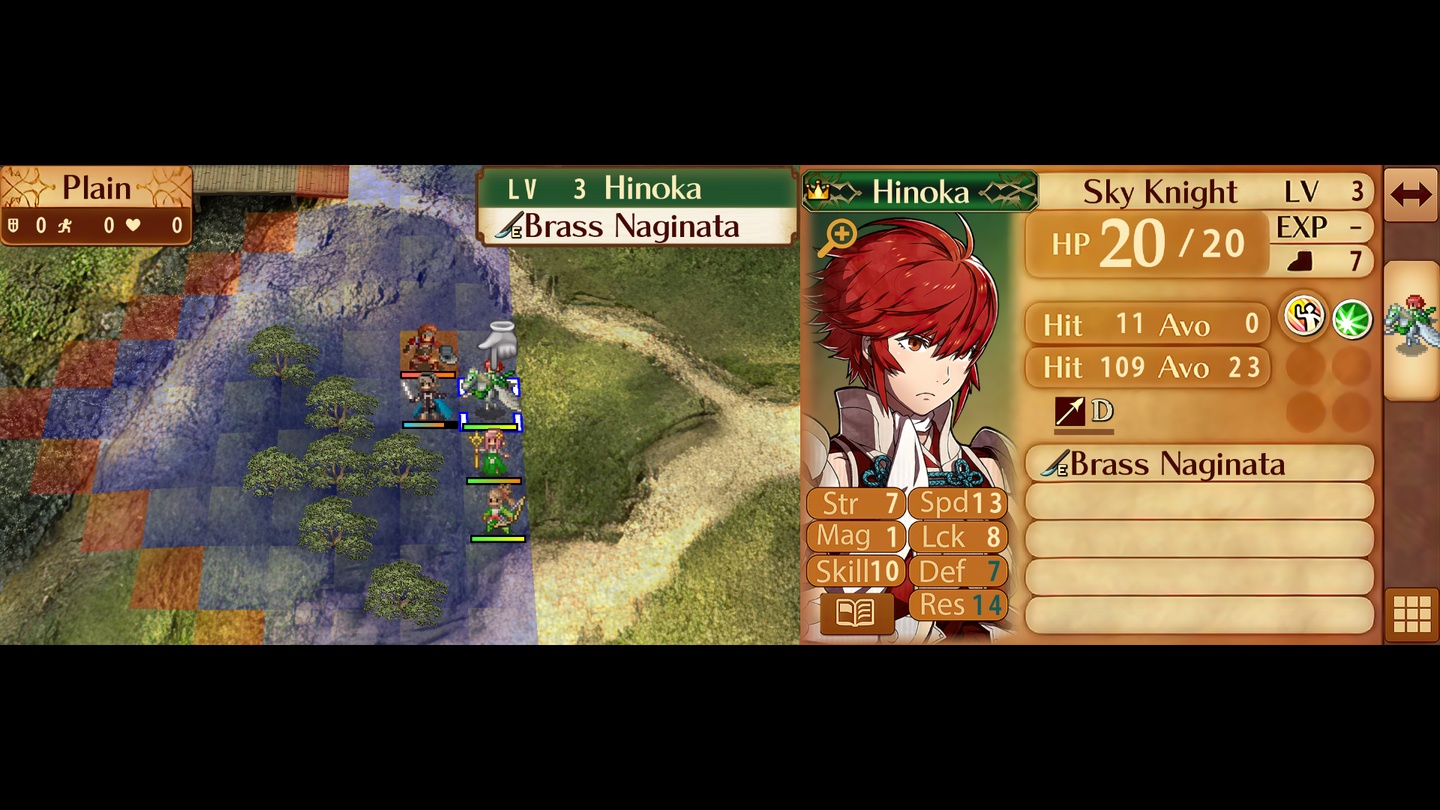 As you can see, the only problem are pixelated units, but we have to just deal with it I guess (good luck with AI-resizing anything animated - had same problem with Strange Journey)...

Another potential problem: the pack is compatible only with the EU version of the game. Tried on US rom and some textures were missing (and thus LQ).

And that concludes testing for today.

AFAIK there's no pack for Awakening (which supposedly sucks anyway), and pack for Echoes is in a heavy WIP state ATM.

Beat that with your funny hardware / publishing policy, Nintendo.

spekkio said:
As you can see, the author wouldn't be a real modder, without adding some weird shit. In case of this pack, the usual modding-autism manifested itself as Playstation button prompts, and (to add insult to injury) - inverted.

Fortunately, you can fix this by modifying a single texture:


Code:
Just swap positions of required icons (or make A B X Y ones in Photoshop) and replace the texture in the "load/textures" folder. That's what I did to get the effect shown on screens above ('cross' to go back - in the vanilla texture it was 'circle').
Click to expand...

That's absolutely correct, from a playstation gamepad perspective. So, I can see why he did it, and honestly rethinking the controls to the convention of the target controller/gamepad is the right approach. Otherwise you just have Nintendo/Switch controls on a dualshock gamepad, which feels wrong.

(Assuming here that's what he did)

That said: Obviously these should be optional textures, not main ones.
Last edited: Nov 10, 2021

Funny how Fates gets the most attention when it's the series black sheep.
Inter faeces et urinam nascimur

Wouldn't that only be correct compared to a Microsoft/Xbox pad? Compared to Nintendo it's A = Circle, B = Cross, X = Triangle, and Y = Square.

How many pixels in the units?

Wouldn't that only be correct compared to a Microsoft/Xbox pad? Compared to Nintendo it's A = Circle, B = Cross, X = Triangle, and Y = Square.
Click to expand...

I'm talking about actual functionality here though, not the direct translation (As spekkio pointed out its inverted after all). With the biggest crux (as always) which button confirm and which cancel is. And for both Playstation in the west (as of a year ago even worldwide) and XBOX that's opposite of Nintendo. Cross is functionally A and Circle is functionally B.

Yeah, just to clarify for normal people people who could be lost... :D 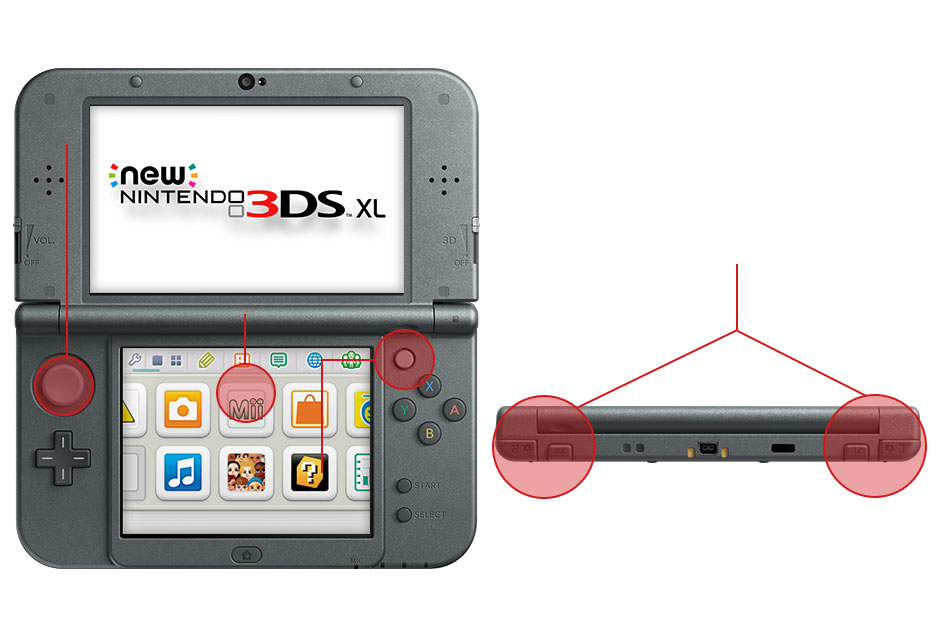 And since the author seems to be using swapped settings in "controls" of the emu for A/B & X/Y, he went with:

These are indeed default values used by Sony, at least in the West... But what the fuck.

I don't mind this change, because I have Citra configured as that (which reflects X-bawks layout): 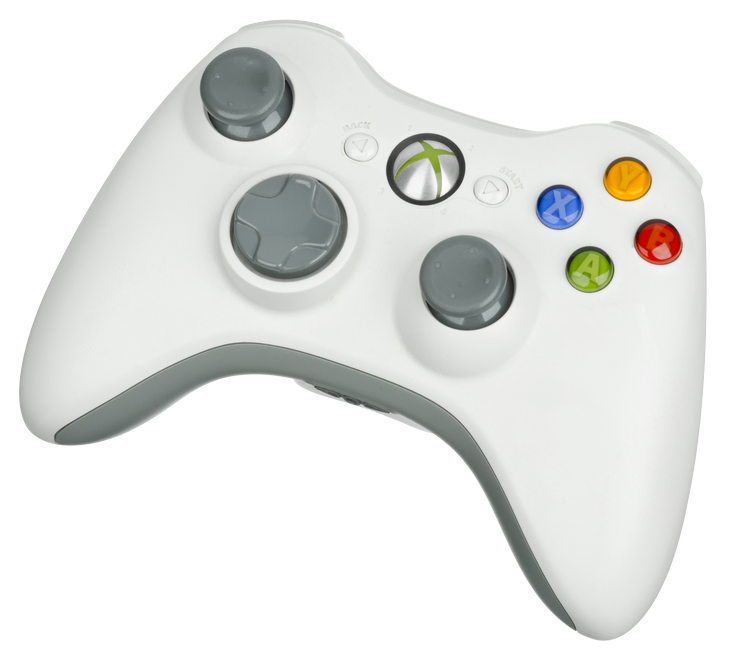 But again - what the fuck. Both these things should be optional.

BROs, just to show my love to all my emuBROs.

2) Use my personalized texture (A/B not swapped, X/Y swapped):

3) Use this, just recently made by slihtlgy drunk (not really) me, texture - nothing swapped:

This is the "default" layout, so all DualShock buttons properly correspond to Nintendo buttons.

spekkio said:
But what the fuck.
Click to expand...


Is what I'm feeling when I look at your screenshots and see the Cross Button as cancel/back.

Why don't you switch to the original switch textures (there should be some HD buttons around I'm assuming) or a personal xbawxs layout, btw?
(Since I assume that's the gamepad you're using?)
Last edited: Nov 11, 2021

^
You mean "original 3DS textures"? These would be pixelated AF on 4x Internal.
OK, I got it after your edit. 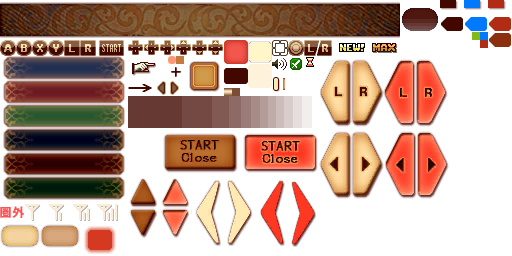 It would be perfect (original Ninny prompts).

WTF is what I'm feeling when I look at your screenshots and see the Cross Button as cancel/back.
Click to expand...

Since I assume that's the gamepad you're using?
Click to expand...

The thing to know about Japanese computers is that with the exception of the 68000 and the FM Towns, every single one of them started production in 1982 or before. That means that generally speaking, those two are better than the rest. The FM Towns uses CDs, so its the best generally. The Sharp 68000 is better than the rest except the PC-98 in some cases. As to the rest, well, I have incomplete knowledge. A good chunk of games released on multiple Japanese computer systems have an incomplete set of rips, so we can't really compare them properly. Starcraft for instance, well I haven't touched their ports of RPGs yet, but I have looked at some of the ports of Scott Adams adventure games, and while I think we have every game they did, we have an incomplete selection over every system. (also, these titles are expensive, so don't expect more rips anytime soon) I can't confirm this, but at least one game promises to work with both the PC-88 and the PC-98.
That said, you're should probably look at some ports of arcade titles to these systems. You won't have to deal with the language barrier before going towards the titles you really want to check out. And remember, whenever you insert a game disk or something, check restarting the system with that disk in. That seems to be a pretty standard way to run games on these systems, at least, that's what I've noticed with the FM-7, PC-88 and X1. The MSX, PC-6001 and generally tapes work more like traditional computers from that time.
Last edited: Nov 11, 2021
The shooting game addict blog.

But there is no O in SNES and GBA.

BRO, it looks like you're not thinking in portals... 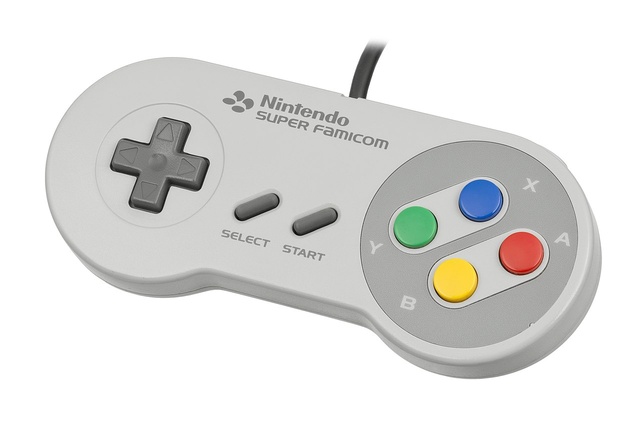 You're correct about GBA, but its simplified button layout was just showing how awesome the hardware was. You needed only two (actually 4) buttons for everything awesome to happen.