A number of RPGs to be announced in recent years have been inspired by the success of Disco Elysium, but Esoteric Ebb is probably the first one to explicitly describe itself as a "Disco-like". Set in a Sigil-esque "post-arcanapunk" fantasy metropolis, Esoteric Ebb puts you in the role of a municipal cleric tasked with investigating a terrorist attack on the eve of the city's first election. Interestingly, the game uses an adaptation of the 5th Edition OGL ruleset, with dialogue checks based on the standard D&D attributes and some sort of implementation of divine spellcasting. Developed by Swedish fellow named Christoffer Bodegård, who has been working on it as a side project since 2019, the game appeared on Steam in August and today it received its first proper trailer.

Esoteric Ebb is a 5e isometric Disco-like CRPG in which you unravel a political conspiracy in a unique post-arcanapunk fantasy setting. Inspired by classics like Planescape Torment & Baldur's Gate, it features colorful and really weird characters you get to interact with through deep and branching dialogs.

The City of Norvik is holding its first ever election. The tension on the streets is sizzling, and somebody just blew up a tea shop. Great. Since no one else wants to touch it with a ten-foot pole, it's up to you and your goblin companion Snell to unravel the political web of intrigue and shine a light on the secrets hidden within this ancient city. Is it a divine mission? A quest for justice? Or is your first step towards complete political dominion? Only you can decide on your personal & sacred journey as a devoted government employee.

An open-ended QUEST. The tea shop on Tolstad blew up just a week before the election, and nobody is doing anything about it - except you! Solve this mystery in any way you want by exploring the streets, towers, and dark tunnels of Norvik.

A strange fantasy setting. Based on a homebrew 5e campaign of weird fantasy, Esoteric Ebb takes place in a world where mythological creatures sell newspapers at corner shops and ideologies overtake the ramblings of dead gods.

Set-piece combat sequences. Clerics in Norvik are taught to use violence as a last resort only, although not everyone follows the mantra so strictly. When need does arise, a roll of the dice determines life or death.

Deep Cleric Customization based on the 5E ruleset. As a government employee, a helm and uniform is required of course. But no one said anything about accessories! Customize the look and abilities of your cleric as you choose how to engage the many tense encounter in Norvik.

Warp reality to your whim, with MAGIC. As an expert in arcana, your cleric can learn powerful spells during his QUEST. Heal wounds! Detect evil lurking around every corner! Speak with the dead! Speak with cats! They might even respond if you're lucky!

Unique plot mechanic, THE QUESTING TREE. A branching representation of your cleric's goals and ideas, where each node is a unique dialog to be explored and solved. Both useful to keep track of the various leads you'll follow, and also a means to change your cleric's mind... who knows, you might even unlock unique dialog options.​
I worry about the viability of these one-man Disco Elysium clones (when's the last time you heard about Clam Man 2?) and the cel shaded MS Paint look won't be for everyone, but otherwise I'd say the game is worth keeping an eye on. A few additional details about it are available on Christoffer's official website.

Looks like a flash animation
Working on a secret project

Another line to add to my txt of "Retarded user tags that need to be nuked from orbit" alongside "Soulslike".

not an rpg
Non-post apocalyptic Sci-Fi RPG thread
List of RPGs with base management mechanics
The definitive, authoritative, and probably non-exhaustive list of non-(IBM) PC cRPGs

I actually like the art style/direction. Here's hoping that the rest of it is actually something of substance.
https://rpgcodex.net/forums/index.p...ed-to-quit-his-job.123574/page-6#post-5762984 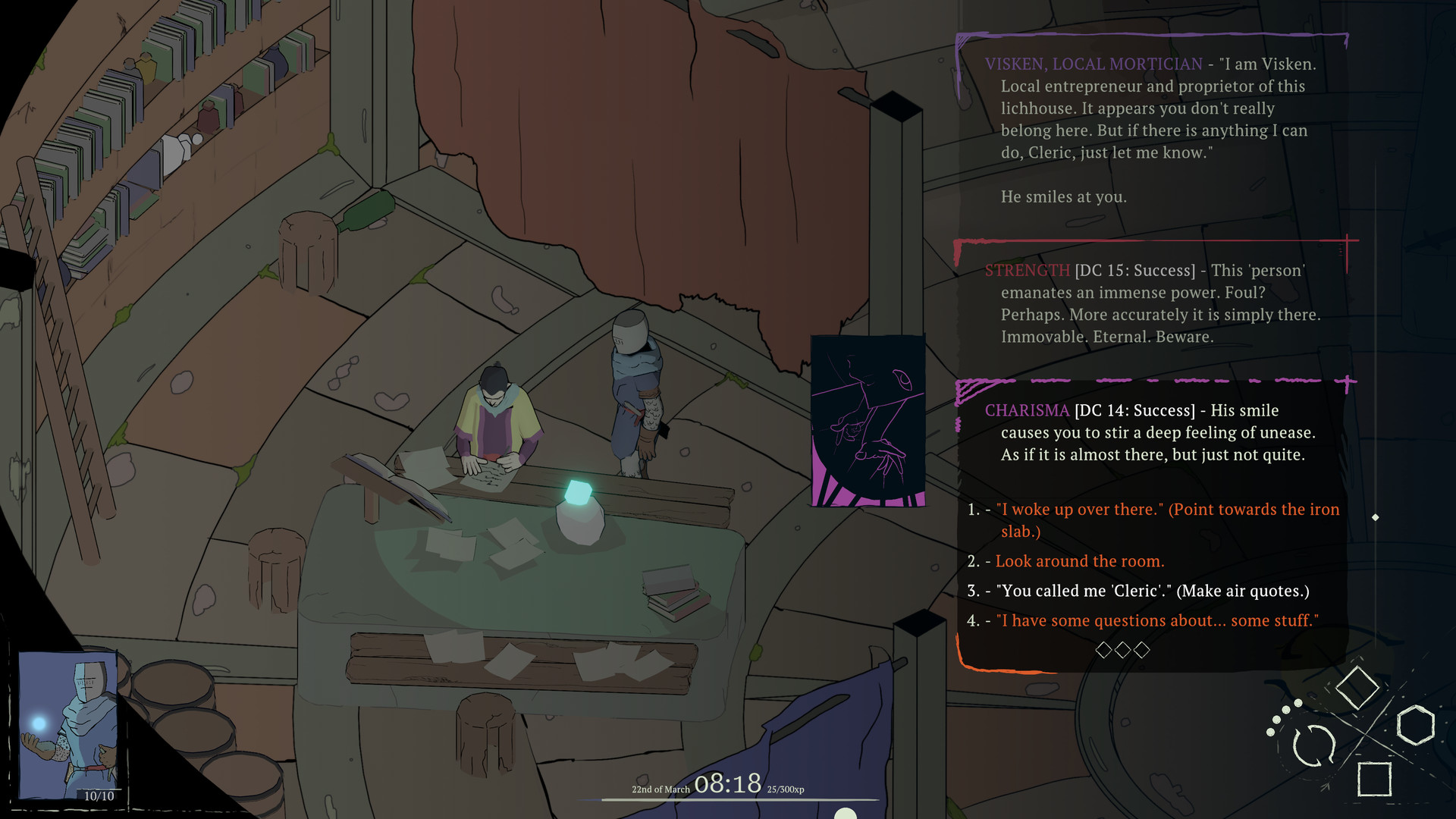 Similar insufferable writing style as Disco, certainly.
Swen Vincke's words of wisdom: "I like Roguey's posts. I don't always agree with him, but I respect him."
A list of my favorite movies/shows for those who want to know but lack Library access; 25-33 minute JRPGs

It's like they couldn't be bothered to color things properly. 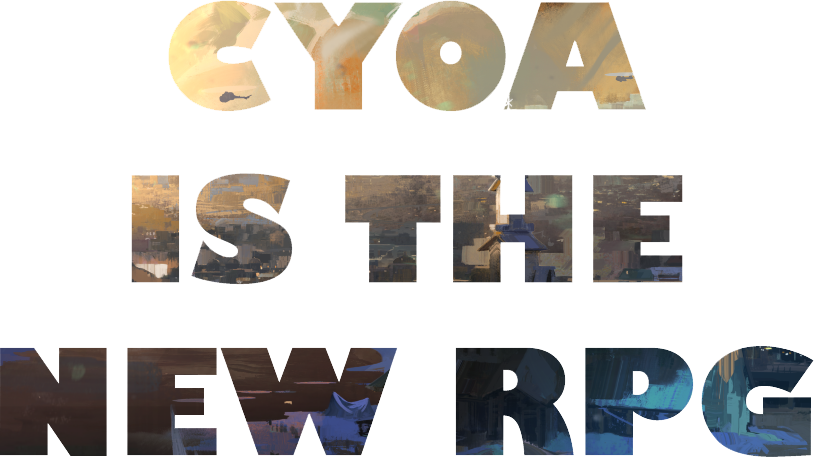 
Personally, I would prefer more 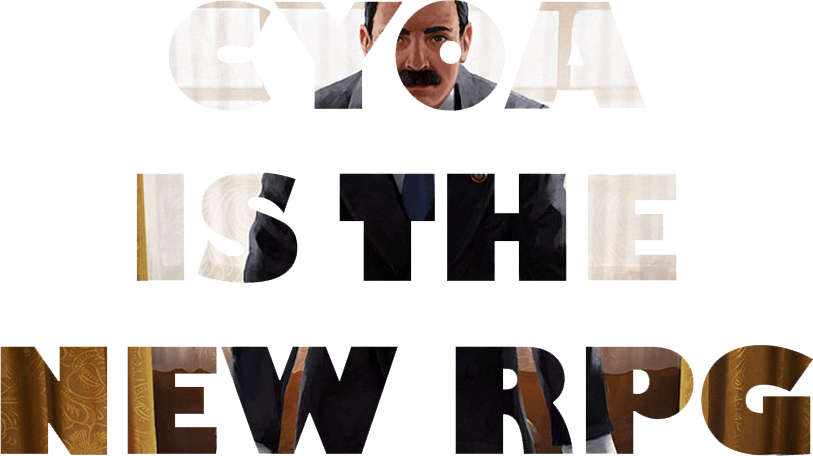 hmm very promising. but is it deep&mature with soulsian enemies and crafting
"I think that with an RPG you are completely bound hand and foot, and can't move. But gradually you become able to move your hands and legs... you become slightly untied. And in the end, you feel powerful. So what you get out of an RPG is a feeling of happiness. But I don't think they're something that's fundamentally fun to play. With a game like that, anyone can become really good at it. With Mario though, if you're not good at it, you may never get good."

Why should I submit to your taste for mediocrity, when I crave for the most exquisite form of transcendence.
Why should I give up on my needs of "edginess", when I yearn for an existence freed from all restricting bounds.
https://www.youtube.com/watch?v=dneddGGD6K4

Infinitron You're not disgusted by the shit that you post in the front page, but you're disgusted by a cat throwing up? So weak.
Why should I submit to your taste for mediocrity, when I crave for the most exquisite form of transcendence.
Why should I give up on my needs of "edginess", when I yearn for an existence freed from all restricting bounds.
https://www.youtube.com/watch?v=dneddGGD6K4

What's the matter Codex, don't you like your Age of Decadence clone?

Ask me why DraQ is an elite individual!

Anything claiming to be inspired by Pinko Elysium goes straight to the bin.
GreenMagicSpell said:
...honestly you're really hopeless, guys. Turn-based RPGs are boring, I can cook my dinner during a battle.
mondblut said:
Indeed, go back to cooking.

I didn't like the inner voices aspect in DE, but it at least made some thematical sense there.
But doing the same thing with DnD stats? Really?

Never played the disco, but I might play this one, because of the DnD ruleset.

rusty_shackleford said:
99% of the time if you see an arcanum portrait you're about to read some really weird shit
Click to expand...

Technically correct --- the best kind of correct --- but anything is better than a RTwP abomination.

Disco-like is the new souls-like of genre definitions

If you purchase this game, then know you are pushing the CRPG genre in this direction... It's not for me to say if that's a good thing or not
Working on a secret project

Tavernking said:
If you purchase this game, then know you are pushing the CRPG genre in this direction... It's not for me to say if that's a good thing or not
Click to expand...

Can't wait till 2024 when journos will be writing articles about how the genre should get rid of combat altogether.

Tavernking said:
If you purchase this game, then know you are pushing the CRPG genre in this direction... It's not for me to say if that's a good thing or not
Click to expand...

Can't wait till 2024 when journos will be writing articles about how the genre should get rid of combat altogether.
Click to expand...

They've been begging for this for years.
https://www.rockpapershotgun.com/escape-escape-embracing-skippable-combat
Non-post apocalyptic Sci-Fi RPG thread
List of RPGs with base management mechanics
The definitive, authoritative, and probably non-exhaustive list of non-(IBM) PC cRPGs
You must log in or register to reply here.