Game to play while watching lextures

I have to listen to some continuing Ed for work at about 80 percent focus. Any suggestions for games to play that only need another 20 percent focus? iOS stuff works too.

Location
Beyond the Grave

I usually use Heroes 3 (Horn of the Abyss) for these kind of stuff. It works

Try a roguelike. Turn-based, lightweight, ADOM and DoomRL are my poisons of choice, but there's plenty others.
No good deed goes unpunished.

There's a bunch of idle clickers on steam, pick a good looking one I guess.

You probably have ADHD so you should play the Ritalin game.

Location
The Centre of the World

WoW Classic is a good one, can quite easily play through without reading anything and 1-60 will take 200+ hours the first time.

Games like Morrowind or any Bethesda title are also solid if you just play them as dungeon crawlers for this purpose.

Some of the more recent mario platformers are pretty good for this and can be easily emulated. 3D world, 3d land, the NSMB series. Mostly piss easy, and simplistic in a pure way.

Some PES or FIFA since you don't need too much focus or thinking. Like Unreal said shmups and also beat em ups.

Sieges in Total War Warhammer 2; most of the campaign map as well can also be played while paying attention to lecture.

Anything where the focus is the gameplay, and listening to characters in the game isn't some big part (or any part) of it makes for a good podcast game.

4X games like Alpha Centauri
X-COM
Defense Grid
RTS games in scrimmage mode
A Heroes of Might & Magic game
Beat 'em ups (Dragon's Crown and Capcom's D&D are good for this since they're longer than most others, also Guardian Heroes)
Fighting games
Puzzle games
If you like Darkest Dungeon

Really, just anything you can think of that you like that doesn't stop much for cutscene and people talking since you'll be listening to something else. Like, 13 Sentinels would be a bad game to play when trying to listen to something else, because you'll have to pause whatever all the time. Adventure games, RPG's that aren't combat focused, they'd be bad to go with. 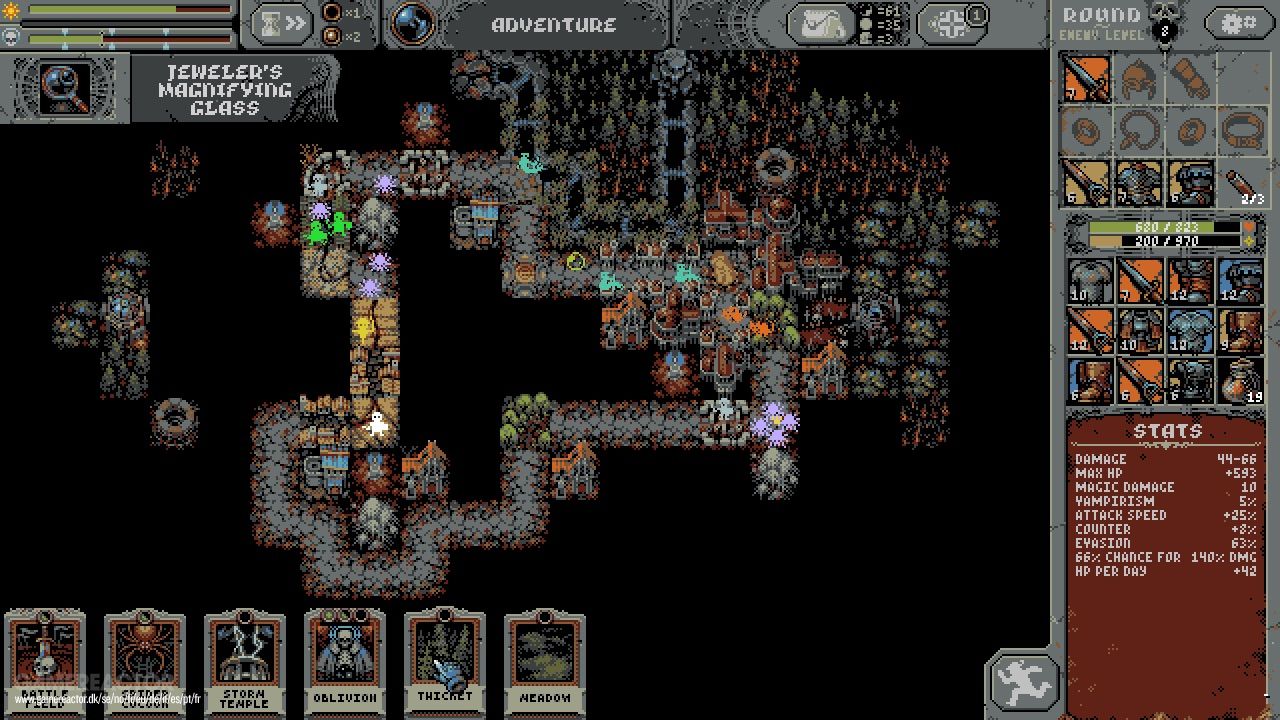 this white dude walk around this paved road, till boss pop up

you are adding location (this cards at the bottom), which spawn a new enemies on the road.

Assisted Living Godzilla said:
Beat 'em ups (Dragon's Crown and Capcom's D&D are good for this since they're longer than most others, also Guardian Heroes)
Fighting games
Click to expand...

I love real time gaming but turn based wins for when you can get interrupted.

Now also the proud winner of the "Greatest Codex Retard 2020" competition. What a great year to be the best retard, covid-19, SJW riots, and Cyberpunk 2077 flopping! The world can't end soon enough.

One of those civilian flight sim
CDDA
Oxygen not included
Rimworld
All of those games can be played in auto pilot mode.

My favorite for that sort of thing is Slay the Spire. Great for dropping in and out, even if you have to close it suddenly in the middle of a fight. Lots of quick 1-2 minute battles, lots of tools for remembering wtf is going on. Also it's just a fucking amazing game.
I'm so full of self-esteem that I sweat fog.

Any turn-based games. Or any games that are partly hands-off, like Football Manager.
"I went out to Charing-cross to see Major-Generall Harrison hanged, drawn, and quartered - which was done there - he looking as cheerfully as any man could do in that condition."

"...that he that doth get a wench with child and marries her afterward it is as if a man should shit in his hat and then clap it on his head."

- Samuel Pepys
You must log in or register to reply here.