One of the things I wanted to have implemented in the combat alpha is thrown items and explosives. This is now done. Now all that remains to get the combat alpha ready is saving/loading teams and a bunch of obvious minor flaws that need fixing. Getting people to test something when I still have self-evident kinks to iron out makes no sense. This isn't a very long list, but I'm not sure if I can get through it before the end of the year. Still hopeful to make that deadline, but December is a pretty busy month so I might have to move it up a bit. We'll see.

The way these work in The Jovian System is not like you're used to. 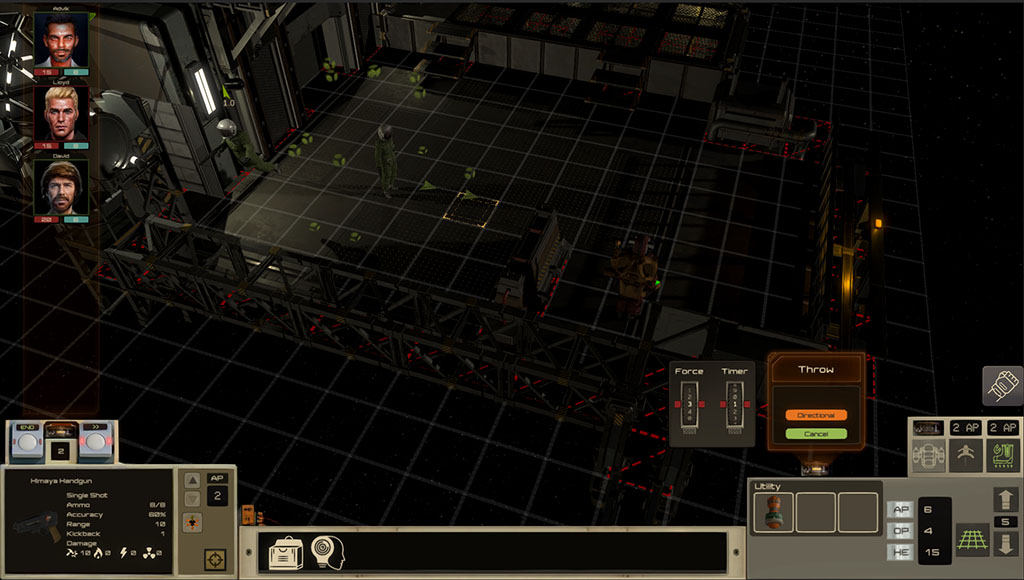 First, you click on an item in the utility bar and a context menu will pop up. In the case of a grenade, this is the throw menu.

Then, you can select the force by which you throw the item, which is limited by the physicality stat and perks related to throwing. You can also set a timer, where it can explode immediately at the end of the turn, or wait for x turns to explode.
You can throw it in a certain direction, or you can directly throw it at an enemy. The latter does the same thing under the hood, but takes away guesswork from the player if all you want to do is simply lug a grenade at an enemy.

This was thrown feebly with 3 force, so it moves by 3 tiles each turn. Here, the character has walked past his own grenade in the next turn. This is turn 3 as you can see in the left between the 'end turn' and 'next character' buttons. 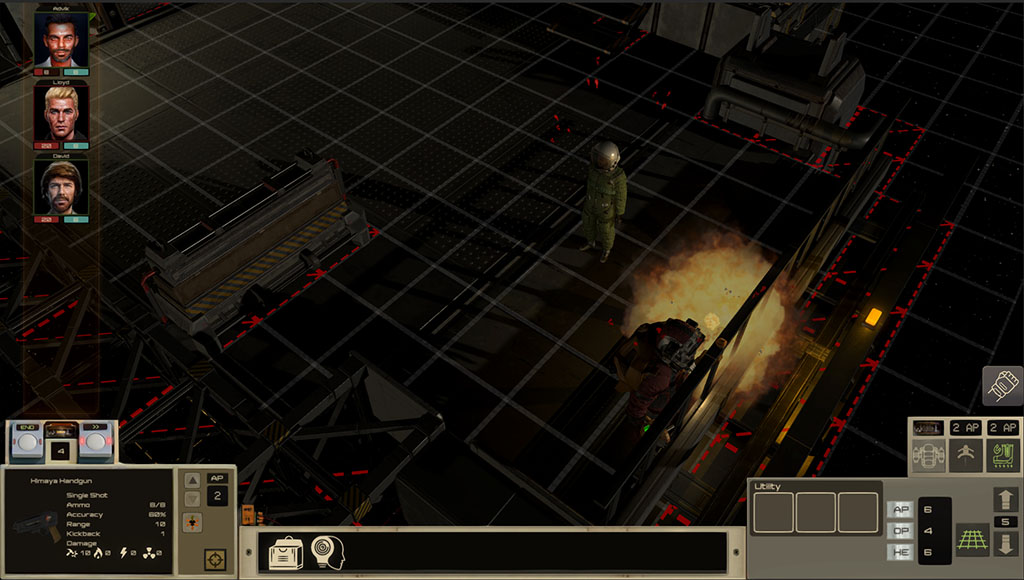 The timer has reached zero at the end of turn 4. BOOM!
Last edited: Nov 26, 2022
Developed a hard sci-fi RPG with base building and survival elements called Titan Outpost. It's on Steam. Visit the Codex subforum and let me know what you think. Now working on The Jovian System.

Everything for destructible environment is already in the code, but I have to set it up manually and right now only that barrier between the two starting points on this map is destructible. I need to come up with a way to streamline that, or precisely limit the amount of destructible environment objects in the game. I think the latter, because as much as I love games like X-Com and Silent Storm where you have the ability to completely destroy a map, it would quickly lead to floating around in empty space in this game.

Cover is determined by line of sight percentage, by the way. I raytrace from gunpoint to character hitboxes, determine the percentage of that within LOS and derive a cover value from that. Sort of like in Phoenix Point. So if a scenery item gets destroyed it will no longer provide cover by way of how the system works.
Last edited: Nov 26, 2022
Developed a hard sci-fi RPG with base building and survival elements called Titan Outpost. It's on Steam. Visit the Codex subforum and let me know what you think. Now working on The Jovian System.
You must log in or register to reply here.