It’s been a couple of months since we shared a game update via the monthly stream. We hope to return to streaming soon but will be sharing updates via web posts like this for the foreseeable future rather than have you wait.
We are gearing up for our big announcement with a featured spot in the upcoming ID@Xbox show so stay tuned for that as well!

Game Logo
As you probably noticed, Lost Eidolons has a new logo! Our last logo had emphasized the turn-based aspect of the game (that red square), but we thought it might be better to accentuate the fantasy genre by weaving in the dragon head design. Along with the logo, we are updating the title screen to better fit the mood of the game.

Starting today, Lost Eidolons will be using the new logo to represent the game.

Cutscenes
Cutscenes are hugely important for a story-driven game and we received a lot of feedback on exactly this during our first beta. So we spent some time last year rethinking how and when to present cutscenes for maximum emotional impact.

From the start of this year, we hit the ground running executing on the new strategy for cutscene production and we now have a new opening cutscene, new illustration cutscenes (watch some of them HERE) as well as full 3D cinematics to give specific moments that extra oomph for a more immersive experience.

Here's a look at the illustration cutscenes: And of course, 3D cutscenes: Quite a few of the 3D cutscenes are in the final stage of polish such as lighting adjustments, while many more are in production as we wrap up scripting and storyboarding.

Just look at the difference between the before and after!

UI
We are still scrutinizing UI elements from flow to design, and have made quite a headway. Since it needs to be intuitive on the keyboard and gamepad, we are really taking our time and poring over everything.

Shall we take a look at some of the screens done in February?

Here's a peek at the Equipment screen: 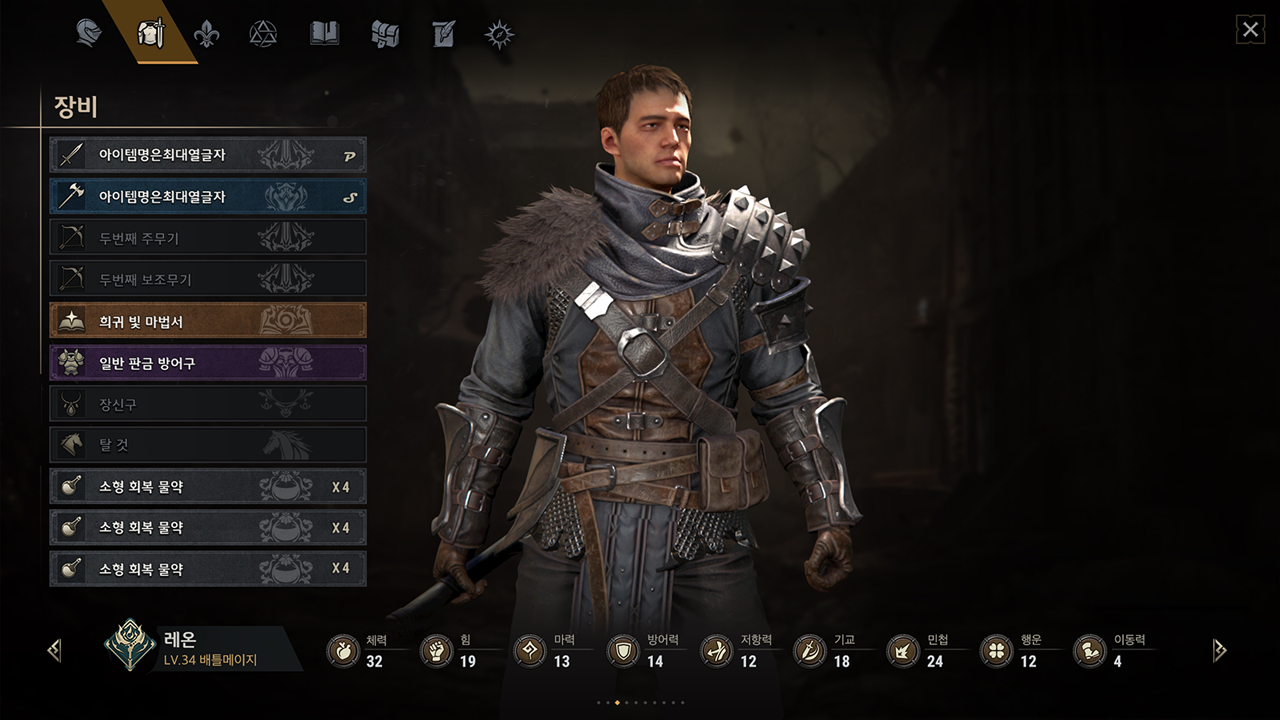 And the Rapport screen: 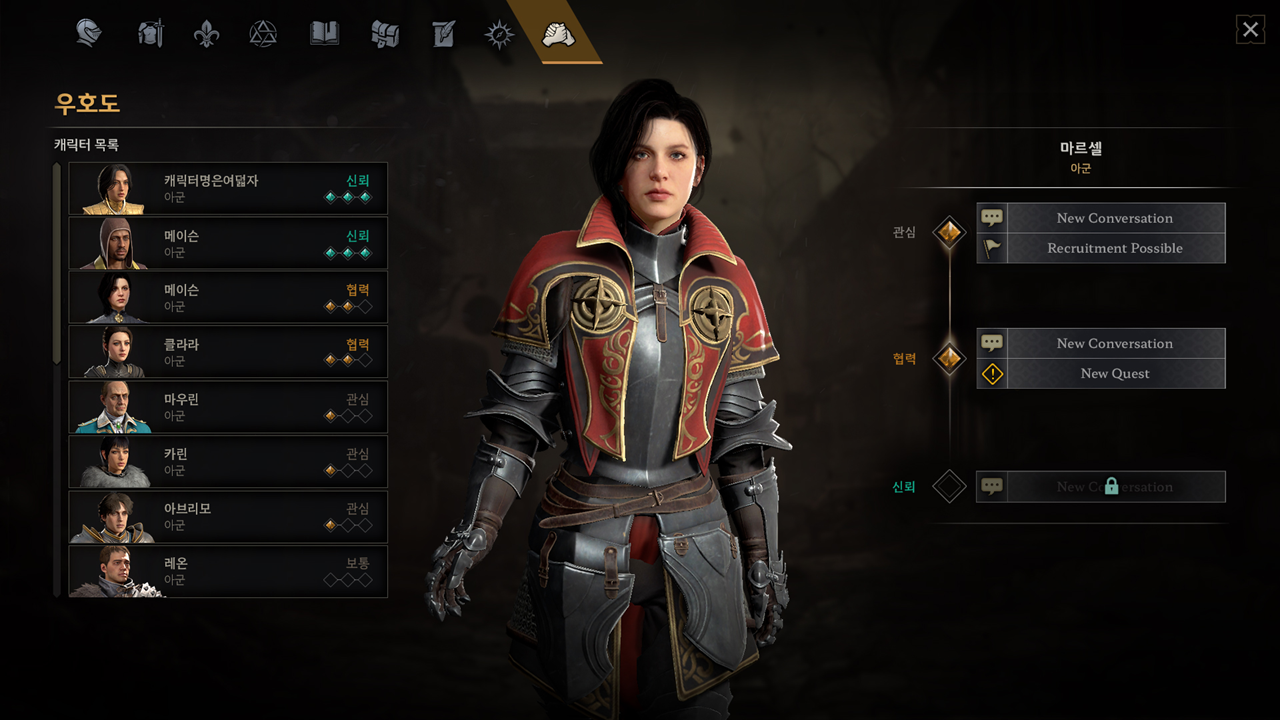 And the Dialogue History screen. We're pretty proud of this one: 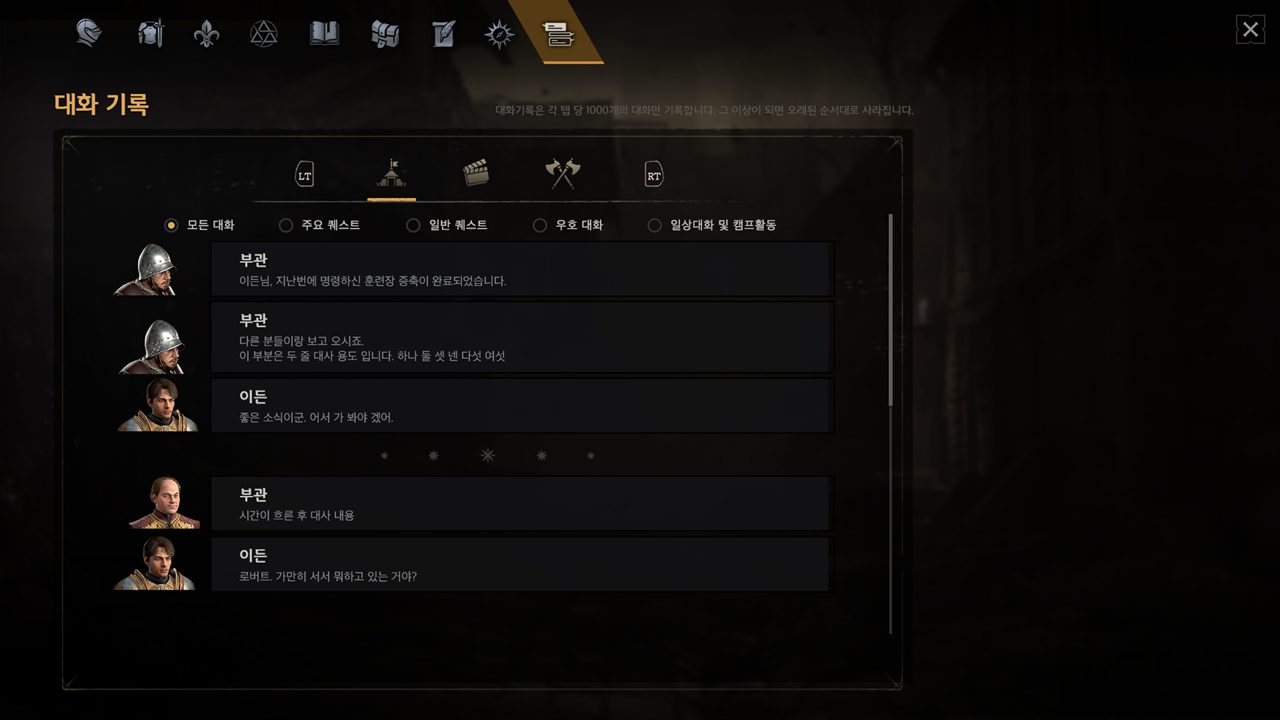 Voice-Over
You probably noticed from our social channels (TWT, {LINK REMOVED}, {LINK REMOVED}) that we have amazing voice talents dubbing Lost Eidolons. We’re in the thick of it right now and everyone at ODS is dying for the recording to wrap so we can put them in-game and test!

The videos represent only a snippet of the long list of exceptional talents we have voicing the game, and we’ll be sharing the entire cast list soon.


SFX
But that doesn’t mean our Sound team is twiddling their thumb doing nothing. With all the cutscenes coming together, there is a lot of SFX to add, tweak, and optimize.

We’ve also worked on adaptive music (beat and tune of the background music changes in response to the game) for combat sequences and are in the middle of testing it for good measure. It should help get your heart pumping in those go-for-broke attack moments.

Tutorial
Now let’s talk about the meat of it all–the gameplay. One of the biggest challenges our beta testers pointed out to us was that the first 8 chapters were a little slow to build up and doesn't hook you into the story right away. So we created a whole new tutorial that takes you right into the thick of things from the start.

You get a glimpse of the story’s main conflict and learn the very basics of the game at the same time!

Here, Eden faces down an army, only 2 mins after you first enter the game: Skills
New combat skills are in the works, and there’s even a skill specifically for Eden that plays a role in his storyline.

But the skills that robbed us of our sleep in February are not character skills–they’re accessory item skills.

There are three accessories that, when equipped, allow for special combat skills while lighting up the weapon selected.


Battlefields
As we unfold more of the story we explore the vast land of Artemesia that Emperor Ludivictus lay waste to. It is made up of smaller kingdoms that present a unique challenge in the form of the battlefield. These last couple of months, we’ve honed in on an imposing castle that appears in a few of the later chapters. Scenarios from this map introduce new game mechanics like camouflage and all the snow flurries.

Look at Andrea trying to camouflage herself to sneak past castle guards!

Well, that’s it for this update! Hopefully, that gives you a good look at the progress we’ve made so far. And rest assured–we will be announcing our next beta very soon. Stay tuned and keep an eye out on our social channels (TWT, {LINK REMOVED}, {LINK REMOVED}), join our{LINK REMOVED} channel, and sign up for our{LINK REMOVED} if you haven’t already.
Click to expand...

We’re thrilled to officially announce the Q3 2022 launch of Lost Eidolons on Xbox and PC!

That’s right, you will be able to play on either Xbox or PC (via Steam) when we release the full game.

To that end, we need to test Lost Eidolons running smoothly on Xbox. So it’s time for Closed Beta 2!

Coming in the last week of April, CB2 will run on both Xbox and Steam.

Some quick info on CB2:
Note: If you participated in CB1, you do not have to register for this beta. You are already in!
Sit back and relax until you get an update that it's time to play.

Head over to Steam Store page now and click on “Request Access.” That’s it! You will be notified if you are selected so you can download and play.

If you’re an Xbox Insider, head over to your Xbox Insider Hub and join Lost Eidolons Preview.

(Click HERE if you need help on how to join the preview as an Insider, or would like to join Xbox Insider program.)

If you’re NOT an Xbox Insider, click below to sign up. We will send you a key before CB2 starts.

Oh, and if you haven’t seen the CB2 trailer yet, check it out right here.
Click to expand...

Damn, so many characters come to mind when hearing that voice I can't think of just one. Jigen is the most prominent for me I guess. Never really noticed it before.

rusty_shackleford said:
Damn, so many characters come to mind when hearing that voice I can't think of just one. Jigen is the most prominent for me I guess. Never really noticed it before.

Azan from berserk, Helbram from The Seven Deadly Sins and The elder scrolls skyrim he voices 33 characters main ones are Dexion Evicus (dragonborn dlc) and Torvar (follower) and Lolkr (horse thief

Gotta wonder which Hector is glaring at more, between that Guard icon and Francisco... 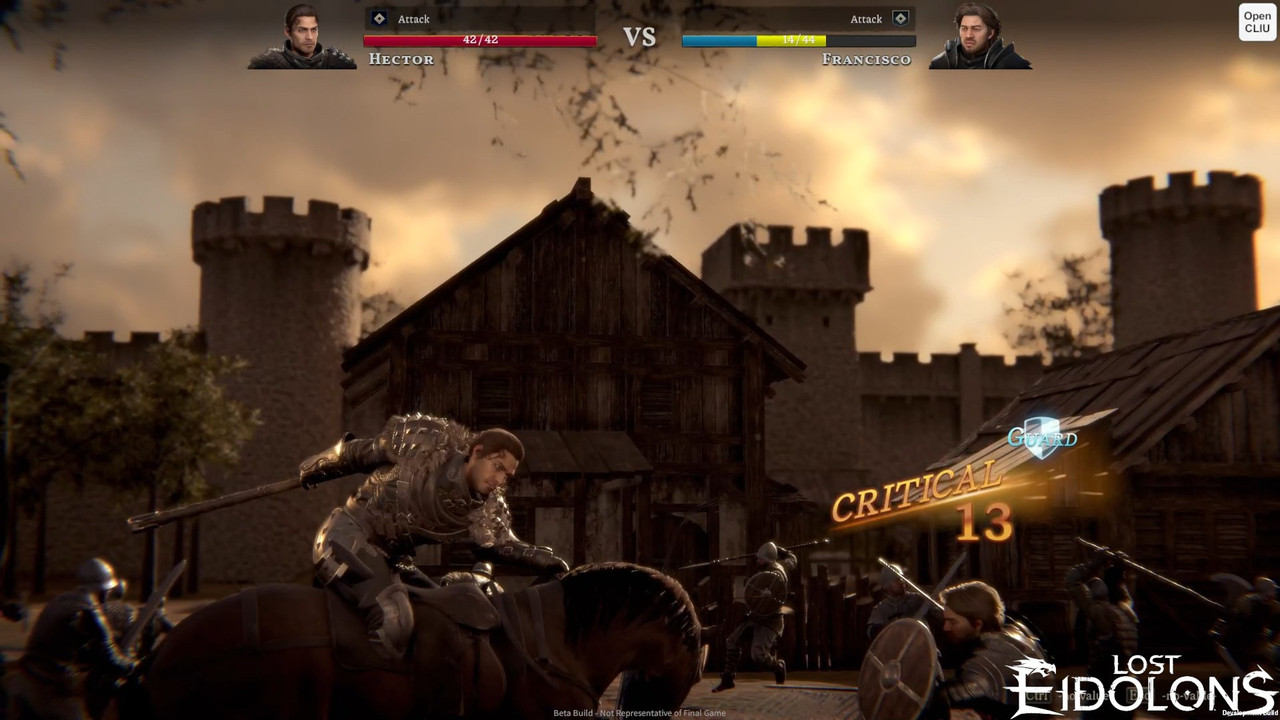 To open or not to open, that is the question.

Would you use a character's action to open up a treasure chest during battle, especially when there are enemies all around it?
Click to expand... 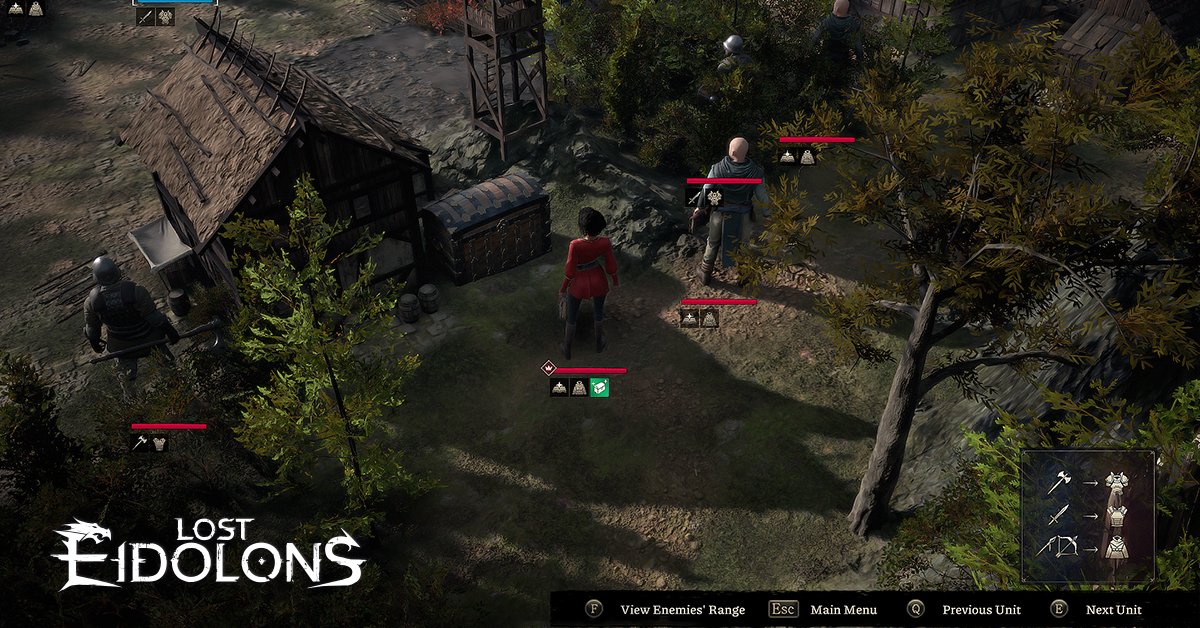 Wow this look great, I'm more surprised by the fact that an actual Korean studio know to develop games that aren't F2P MMO.

You are evidently unfamiliar with Troubleshooter: Abandoned Children (2020). 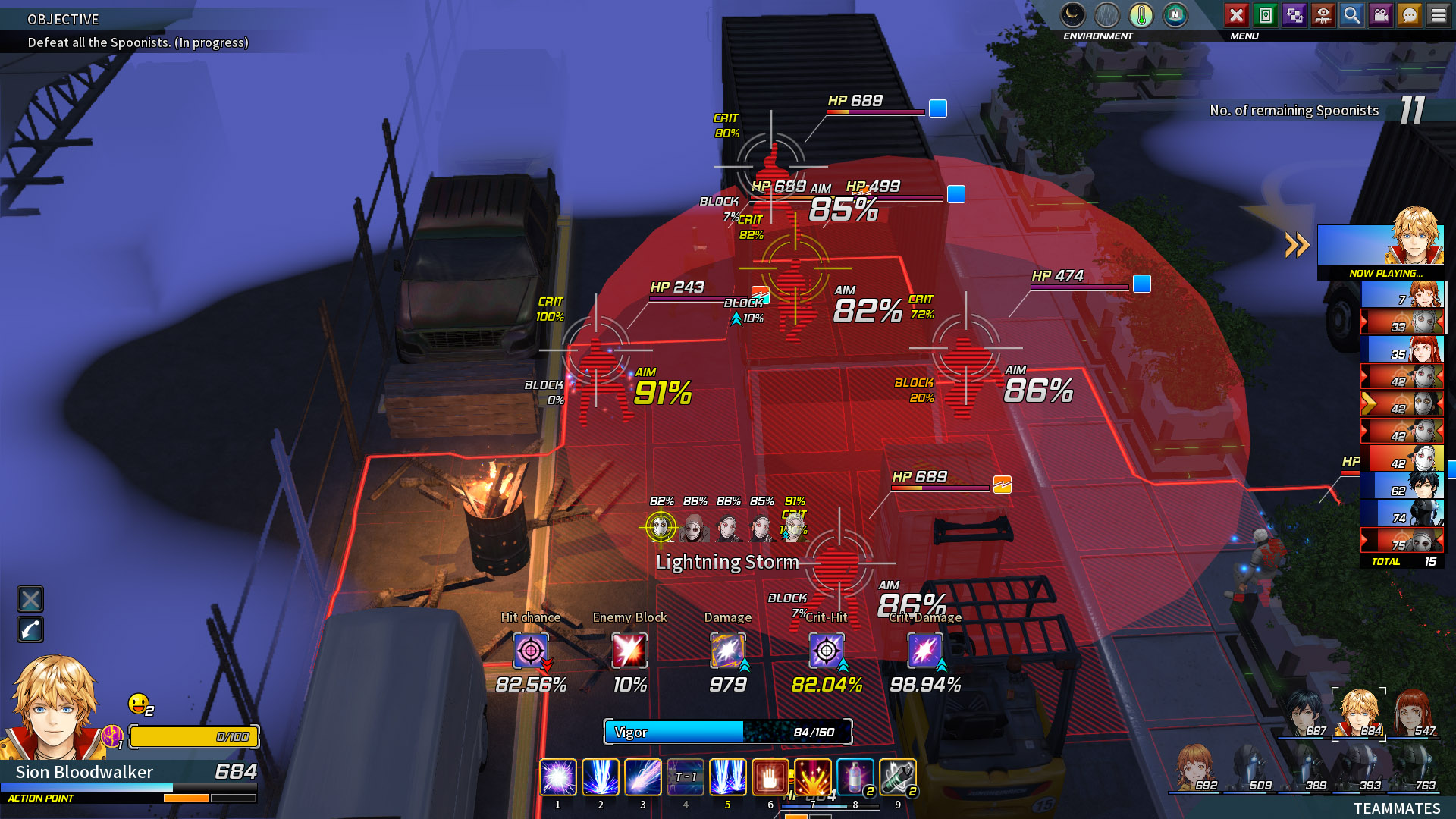 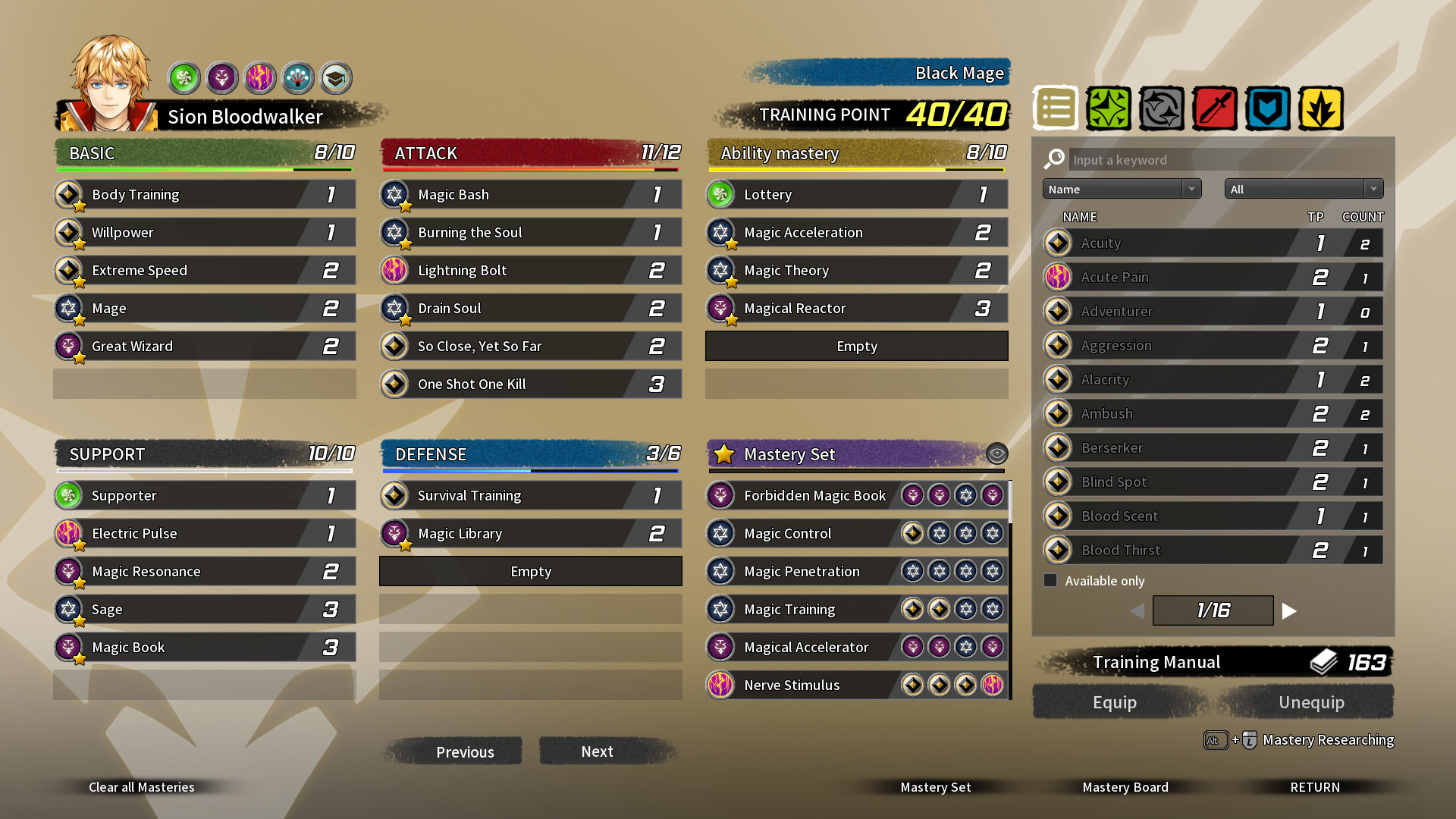 Troubleshooter: Abandoned Children (2020) is a squad-based tactics game with intricate character customization and progression, excellent encounter design, and engaging mechanics; one of the greatest games released in the last decade in any genre. 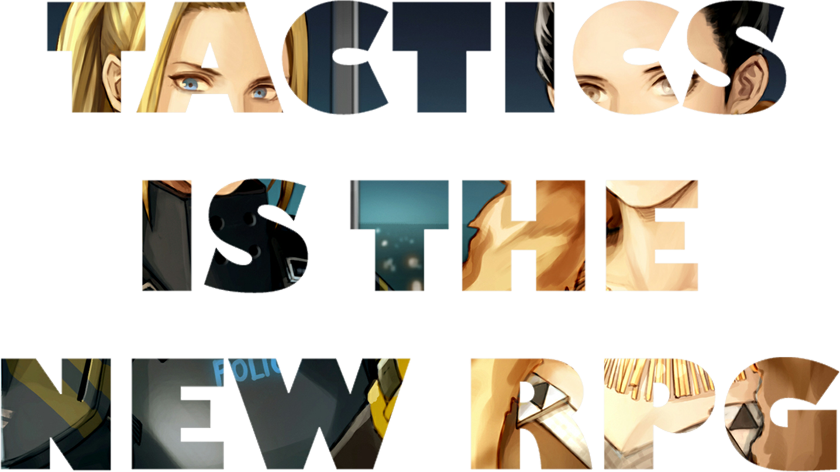 Only a combatfag could like that game. The plot/story/characters are completely nonsensical. The primary antagonist is a cult of people who worship fucking spoons and get this --- THEY CARRY SPOONS! HAHAHA SO FUNNY!
Non-post apocalyptic Sci-Fi RPG thread
List of RPGs with base management mechanics
The definitive, authoritative, and probably non-exhaustive list of non-(IBM) PC cRPGs

How far did you get before you stopped caring for the plot?
Spoonism does look like a silly joke at the first glace, and I guess it was not meant to be taken too seriously.
But as the story unfolds, it turns out the cult is developed way more carefully than one could have expected, with ideology, purpose, rituals and even reasons why and how it attracts new members.

Zed Duke of Banville said:
Codex policy is that, in Current Year, any game is an RPG if it identifies as one.
Click to expand...

Yeah makes so much more sense to eat and drink Zombie flesh and blood alongside worshipping a Roman torture instrument while you compare clothing during sunday, "his" day off.

Yeah makes so much more sense to eat and drink Zombie flesh and blood alongside worshipping a Roman torture instrument while you compare clothing during sunday, "his" day off.
Click to expand...

people like you are why people become christian to begin with tho
Non-post apocalyptic Sci-Fi RPG thread
List of RPGs with base management mechanics
The definitive, authoritative, and probably non-exhaustive list of non-(IBM) PC cRPGs 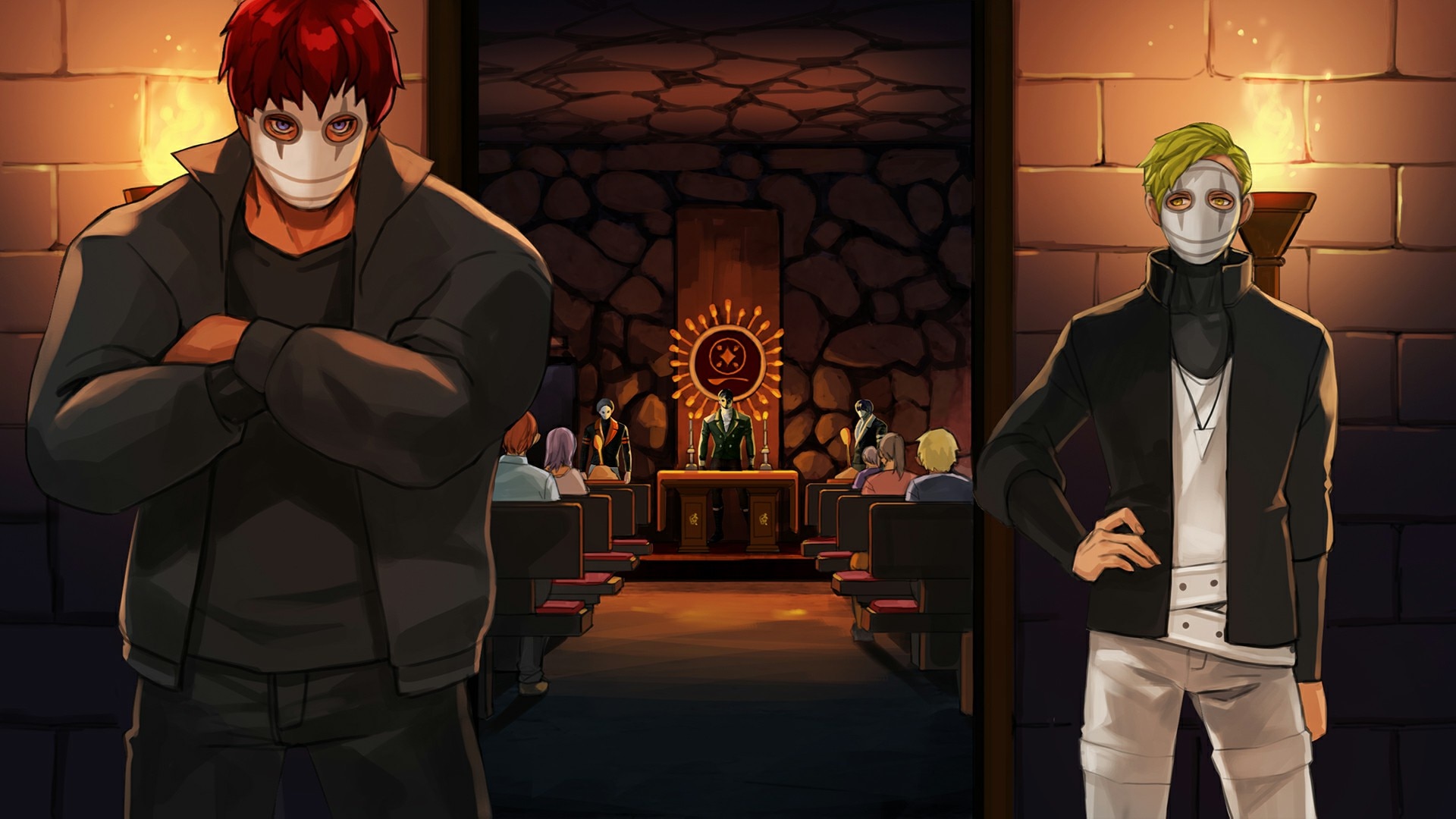 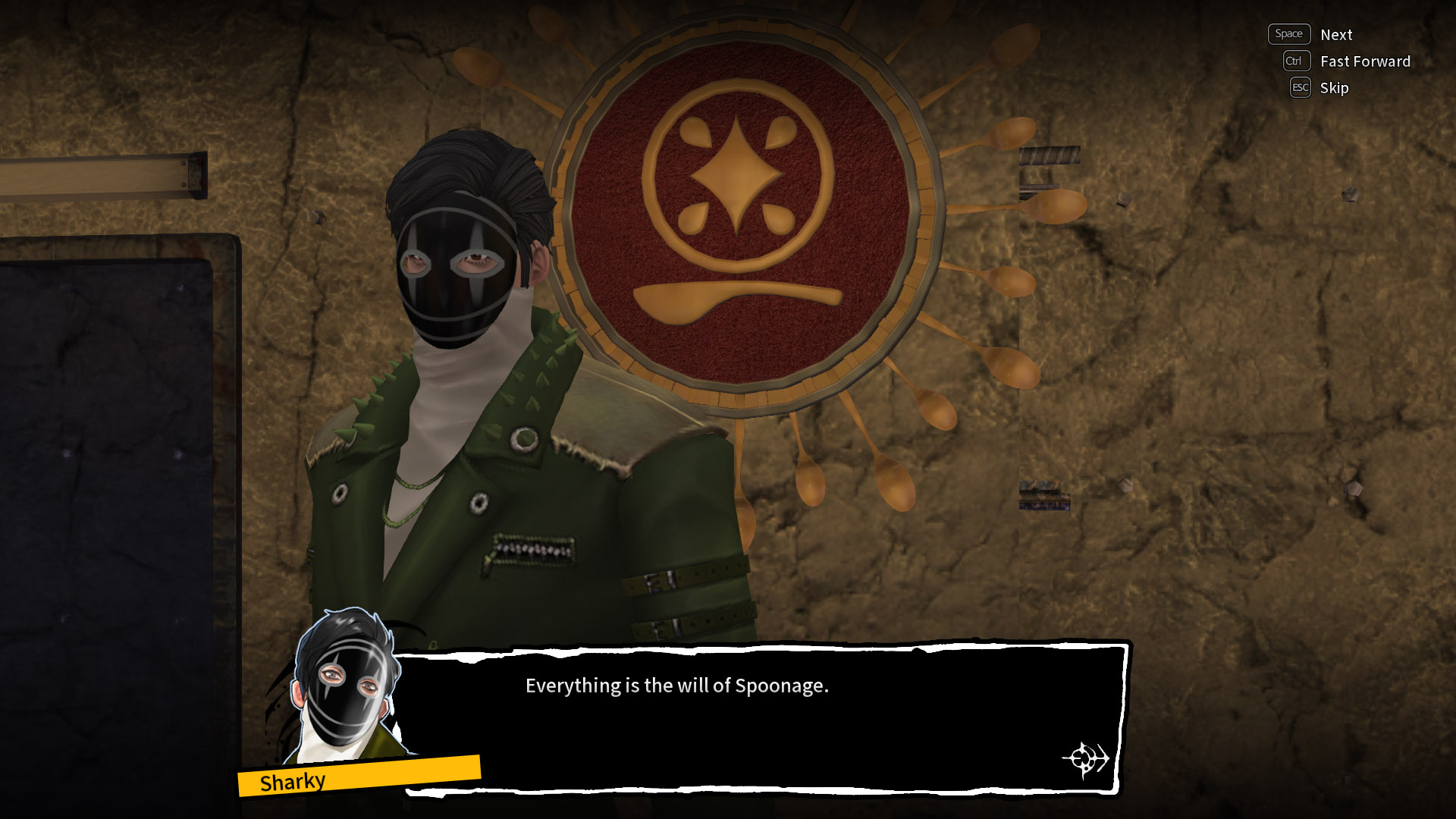 * No dogs were harmed in the making of these screenshots. 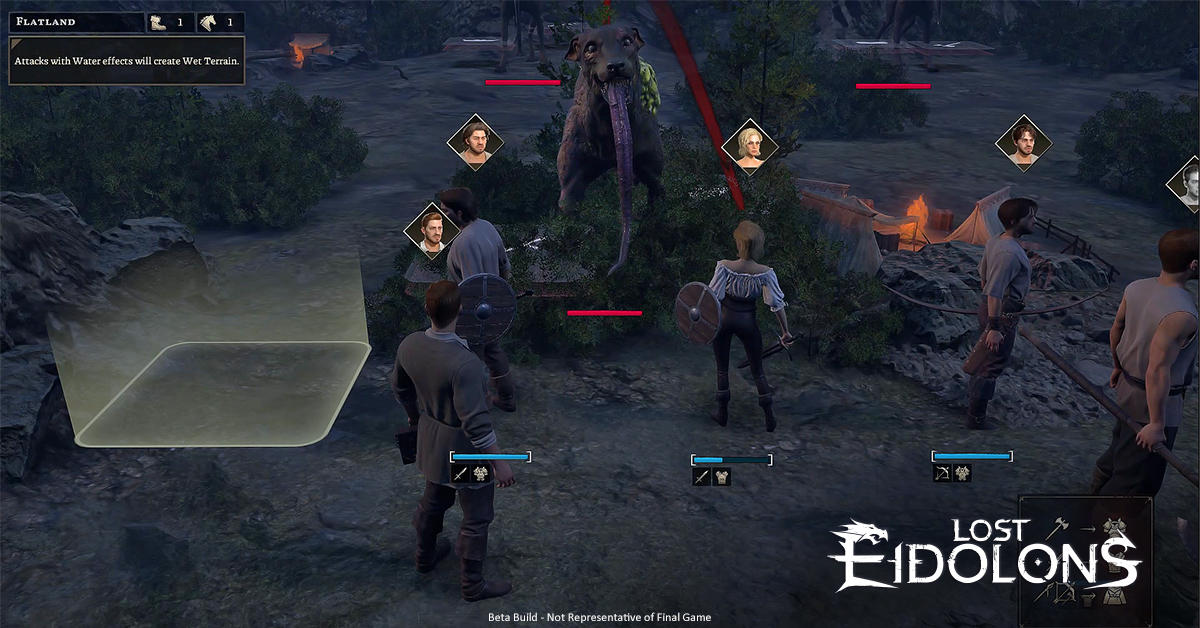 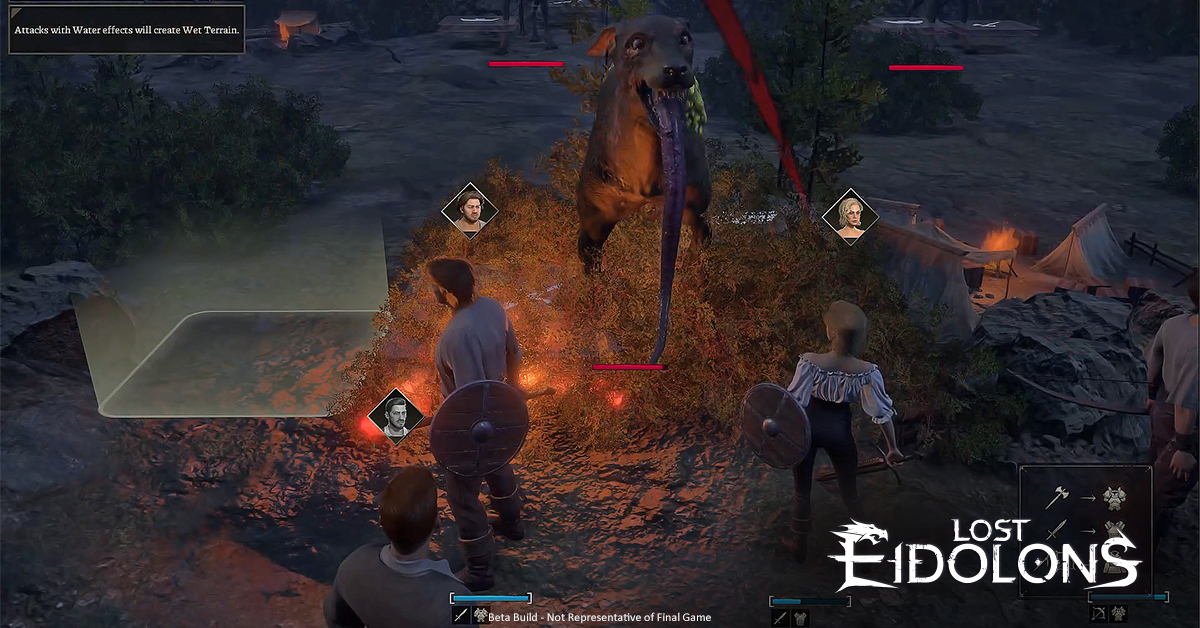 Character design is nothing short of amazing, I wish if more tactical RPGs (especially the ones made in Japan) would go for more mature, realistic/Western RPG aesthetics, I like Disgaea's gameplay well enough, but I have no interest to invest hundreds of hours of my time playing with a nine years old brat and overly sexualized, underage anime girls as main characters, fighting against cute mushrooms and walking pumpkins in psychedelic stages, it's a huge turn-off.

This beta will take place on PC (Steam) and Xbox.

The official start date for the beta is 4/28 but as our valuable Kickstarter backer, you get to access the beta 2 days earlier on PC, starting on 4/26/2022.

You must log in or register to reply here.
Top Bottom