Having played through the atrocious Oblivion Thieves Guild questline, I wanted to play a good stealth game today. So I thought I might try out the grand daddy of all stealth games, 1981's Castle Wolfenstein, bringing you a teeny tiny LP in the process.

Unsurprisingly, this is a better stealth game than Oblivion.

With a title screen like that, you just know this is gonna be great. Look at the smug fucking face on the soldier. Bro is totally pumping his fist. He's like 'FUCK YEAH BRO LETS KILL SOME NAZI CUNTS'.

I'm the little bald dude in the middle. The guys with the huge swastikas on their chests are, you guessed it, Nazis.

I like to think of the swastikas as bullseyes.

We search the body and find some keys which will come in handy when trying to get through doors later on, and we unlock the chest. Luckily, this one takes only a couple of seconds to unlock, but you'll soon see that unlocking most chests takes absurdly long.

With nothing useful left to do here, we head to the next level of the Nazi base.

See what I told you about the long time it takes to unlock chests? The fact of the matter is that 123 seconds is pretty quick. Most chests will take about 200 seconds to open.

However, I'm not complaining too much because we got a motherfucking uniform! This will allow us to sneak past most guards unnoticed

Also, I noticed something. Bald dude dressing up as the enemy? Lithuanian Hitman is a total fucking rip-off of this!

Grenades are awesome, but impractical, since they attract a lot of attention and can be quite dangerous. However, they're still nice to have.

What a waste of time! I'd rather have some keys or ammo or something. Cannonballs, huh? I'll be damned if I know how I could use them, but damn it, I do want them.

At least we've gotten what we came looking for!

The Allies will most certainly appreciate this.

We decide to not return to where we got stuck immediately, instead exploring some other rooms. we're quickly met by another locked door, though. I could just shoot it open, but that would be messy and a waste of ammo.

So, we return to our previously visited locked door and continue through the castle. We find some more keys and return to the other locked door.

And how wise of us to do so. There are the stairs to the next level.

The Nazi nearest to us is, unfortunately, blocking our path, so I have no choice but to dispose of him. The problem about that, however, is that because all the environmental interactions (searching, opening stuff etc) is all controlled by one button, and the game prioritizes searching bodies to anything else, we basically can't use our keys and have to shoot the door open.

Gunther luckily doesn't mind too much and we just head south right past him.

We then head east and check a chest. Not only do we find that the chest is empty, but I don't like the way Bernhard keeps touching me while I try to get it open.

I proceed to explore this level of the castle.

Notice how there are more and more guards around.

Seeing that I don't know if a bulletproof vest ruins my disguise, i don't dare take it. Hopefully, I won't need it. I do find some much needed ammo though, having wasted some before.

I proceed through the castle.

We spend some time wandering around, looking for an exit, with nothing particularly interesting happening. 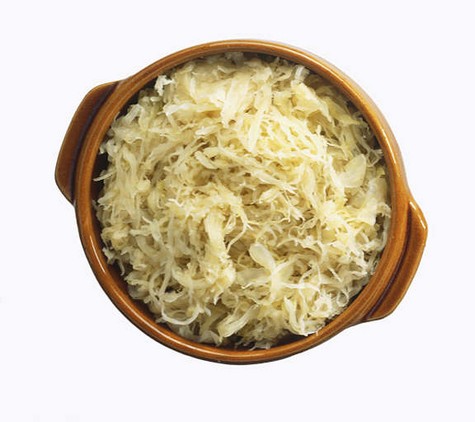 I start running so fast that I become distorted, it seems.

After some more uneventful running around, I find the stairs to the next floor. I'm lucky I haven't had to dealt with the SS, who can uncover me even if I'm in uniform.

Sadly, I am again blocked, so I must kill these two fine Arian patriots.

Brimming with Nazis here. i must be close.

After some more wandering around, I come to, frankly, an impassable room. It' impossible to get past Diederich at the top left corner there. I have to take him out and see what happens. If I die, I restart at the beginning of the castle with none of my equipment, but the Nazis don't respawn as well.

... Which is exactly what happens.

I'm lucky enough to find a new uniform quickly when I restart, so getting back to where I was is easy enough.

Look at what a badass I am.

And that, my friends, is that. I do hope you enjoyed this mini-LP.

Wolfenstein: Chests filled with Sauerkraut and Bratwurst.
Let us Languish in Sanitarium - Let's Sail the River of Time

Never thought what it's so short game.

But a mule earns his livin' by the sweat of his neck / While a nigger sits down and draws a gov't check
The nigger should be smarter, as a general rule / But in a spelling contest, I'd pick the mule!
Click to expand...

Never thought what it's so short game.
Click to expand...


Keep in mind that it is an early 80s action-adventure game. Plus, the castle is randomly generated each time you play and as you complete castles, you advance in rank. As you advance in rank, the game becomes harder. So it has quite a bit of replayability.
Glorious LPs: Thief: The Decline Project (Finished!) | Castle Wolfenstein (Finished!) | System Shock (Abandoned!) | Arx Fatalis (Abandoned!)

Woman is that being that occupies the mind of every decent man, as well as that of some not so decent women.
(Enrique Jardiel Poncela)

This has been a cool little LP.

The sad thing is the guy who developed this died of some awful disease/degenerative condition and borderline penniless.

Look at the smug fucking face on the soldier. Bro is totally pumping his fist. He's like 'FUCK YEAH BRO LETS KILL SOME NAZI CUNTS'
Click to expand...

With the Grace of God, Honored King of The Svears, the Goths and Vends, Grand Duke of Finland, Duke of Scania, Estonia, Livonia, Karelia, Bremen, Verden, Stettin, Pomerania, Kassuben and Venden, Duke of Rügen, High Lord of Ingria and Wismar, Pfalz Count of the Rhine, in Bavaria, and the Jülich, Cleves and Duke of Berg. Lord Protector of Valdens, Spanheim, Mark and Ravensburg and Lord of Ravenstein.

Look at the smug fucking face on the soldier. Bro is totally pumping his fist. He's like 'FUCK YEAH BRO LETS KILL SOME NAZI CUNTS'
Click to expand...


uh...thats a german soldier ya know.
Click to expand...

You're a German soldier

Never thought what it's so short game.
Click to expand...


Keep in mind that it is an early 80s action-adventure game. Plus, the castle is randomly generated each time you play and as you complete castles, you advance in rank. As you advance in rank, the game becomes harder. So it has quite a bit of replayability.
Click to expand...


Those are pretty awesome features for a game from 1984