So I was reading an history book the other day, when the author mentions the tomb, were the particular indivual I was reading about rests and for some reason I was reminded of Tomb Raider.
Thinking about it made it clear I never really played any game of big titied Lara's globetrotting adventures. Which consedering the series renown and my appreciation of platformers striked me as odd. I mean I did have physical copy of Angel of Darkness when I was a kid (although I can't find it by now), and I tried a bit of the game back then but never even completed a single level. Plus considering I mostly forgotten about it, that doesn't really count as experience.

You made it a joke selection, but the reboot games are generally considered pretty good even by grumpy Codex types. I just played the first one not long ago and enjoyed it quite a bit, silly QTE segments aside.

Of the older stuff I remember thinking Tomb Raider 2 was the best of the early games, a bit more refined than the first and actually had a fucking soundtrack on PC. I liked Anniversary a good bit from the later series. That trilogy is pretty console-y, but Anniversary felt the most like an old school game with modern visuals. and had good puzzles. Honestly none of them are bad other than Angel of Darkness, if you like the series in general, I feel. Stuff like Chronicles is more played out than terrible.

I liked 2 and 3 the best. Stopped playing after Angel of Derpness. Played the first two in the reboot trilogy and did not like them.
Bah! No Linux client and it doesn't work on Wine. Pfft. Losers.

All the classic ones but Chronicles are good. Three is prolly the weakest (without being outright "bad" like Chronicles).

Managed to find the Angel of Darknes copy. I don't see a whole lot of votes there. Is the game bad?

DJOGamer PT said:
Managed to find the Angel of Darknes copy. I don't see a whole lot of votes there. Is the game bad?
Click to expand...

Following immediately after the buggy cashgrab that was Chronicles? Yeah, it single-handedly ended the Classic franchise. Got shitcanned so hard and so fast the entire storyline arc ends on a cliffhangar, as I recall.

Tomb Raider 2
How to properly enjoy an RPG • Second-tier gameplay features in neo-RPGs • Edginess vs. fanboyism - Which is more beneficial, and for whom? • Accessibility - Under which circumstances is it good? When? How much? • Evaluation of various trends among KS and post-KS-era isometric RPGs • What is the right amount of metagaming? • Lost and forgotten • The Greater General Codex Theory of 'What is an RPG?' • On the topic of Consequence Persistence • Prestigious cinematography - a refuge from post-modernist consumer garbage • Memory Lane - Which were your first games on the PC?

I am not counting TR1 and 2 which I played 20 years ago and never finished.
I started playing TR properly with Legend and of the Crystal Dynamics ones it was my favourite.
I really liked first TR reboot and hated Rise of TR.
I am playing Shadow right now. So far (6 hours in) it is better than Rise at least.

DJOGamer PT said:
Managed to find the Angel of Darknes copy. I don't see a whole lot of votes there. Is the game bad?
Click to expand...

The Paris levels are fine but Prague is p. bad. There's a terrible section where you play as Lara's sidekick that almost ruins the entire game.

I found the 2013 reboot fucking brilliant, and by far & away better than all the older games.

True to form, things started going to shit when they decided to turn a brutal, tightly constricted & well paced game into an open world borefest for the sequel.
Forged when the world was young, and bird and beast and flower were one with man, and death was but a dream.......

Underworld, followed by Anniversary. I loved the original series and these games took that formula and adapted it for modern times without compromising on the puzzle solving.

TR2 deservedly in the lead because it's incredible. Perfect pacing, great level variety, outstanding setpieces (slowly realising that the Maria Doria has actually ripped in half and the half you're in is upside down is 10/10), plot is exactly as good as it needs to be, coolest incarnation of Lara Croft (more characterisation than TR1, but none of the psycho security-guard-murdering of TR3), and the vehicle segments don't completely suck shit, they just partially suck shit.

Of the new ones, Anniversary is the only one that's really worth anything IMO and that's mostly for the value of being able to point at the screen and say "WOW I REMEMBER THIS BIT IN THE ORIGINAL HAHA". Of the other games:

TR1 - excellent
TR3 - good
TR4 - boring
TR5 - shit
AOD - shit but you have to give them credit for whatever the fuck it was they were trying to do
Legend - shit
Underworld - genuinely can't remember most of it other than the ship and spazzing out with Thor's hammer, didn't like it
TR2013 - shit
Rise of the TR - shit

Didn't play the latest one.

It was my first so I may be biased, but it was bloody perfect. So was the second one. But Last Revelation was prettier.
***** ***

I chose "boring" over "shit" because I don't think it's without merit (except the fucking jeep section) and I'd rather play TR4 than any of the games that have come after it, but all the samey Egyptian tombs just blend into one elongated brown-biege nightmare. I can't vividly remember any levels except the jeep - for the wrong reasons - and the train, which is just straight up cool.

Hey what happened to that fan remake project of TB2?

DJOGamer PT said:
Hey what happened to that fan remake project of TB2?
Click to expand...


He posted these incredible screenshots in May 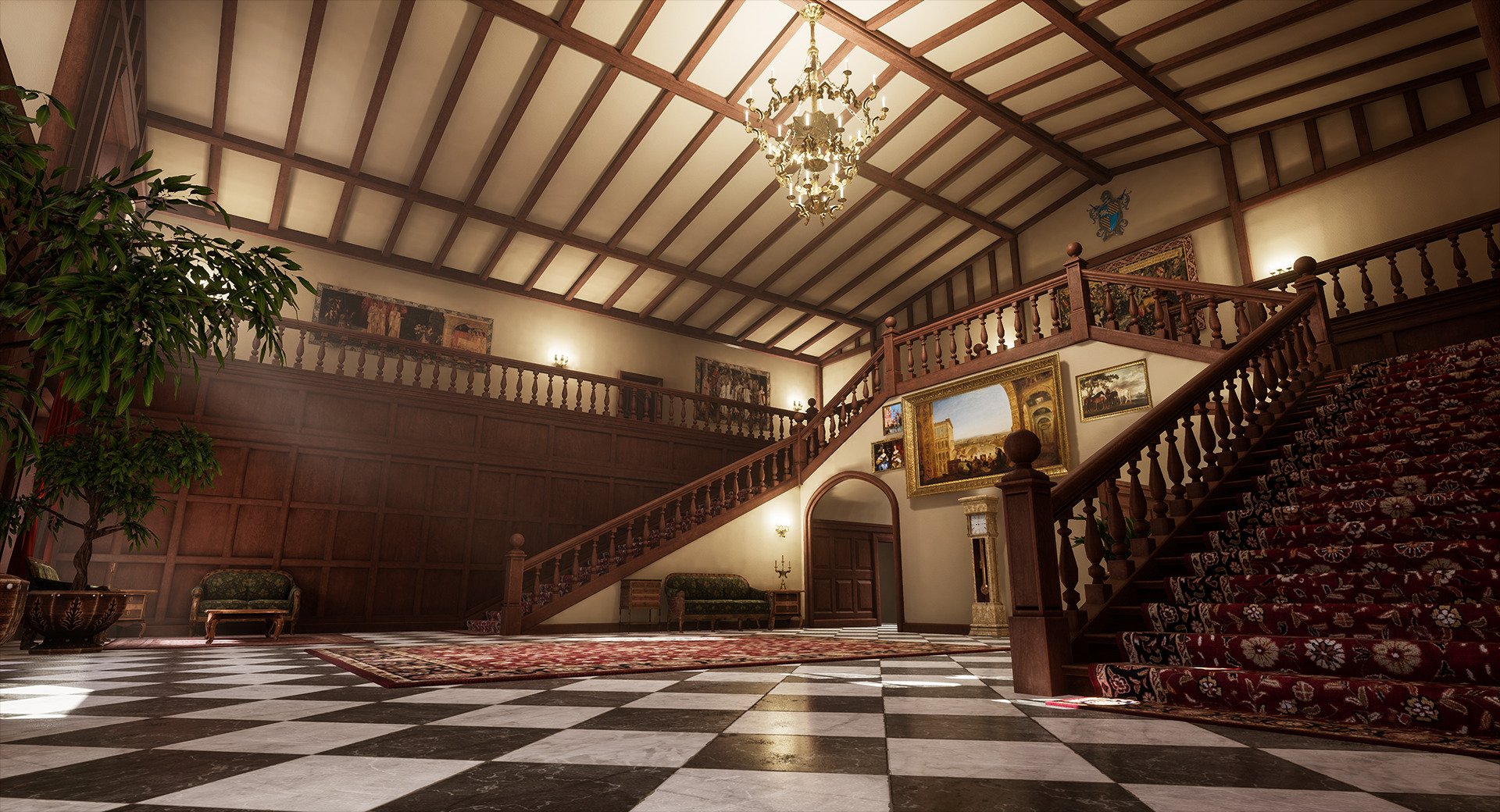 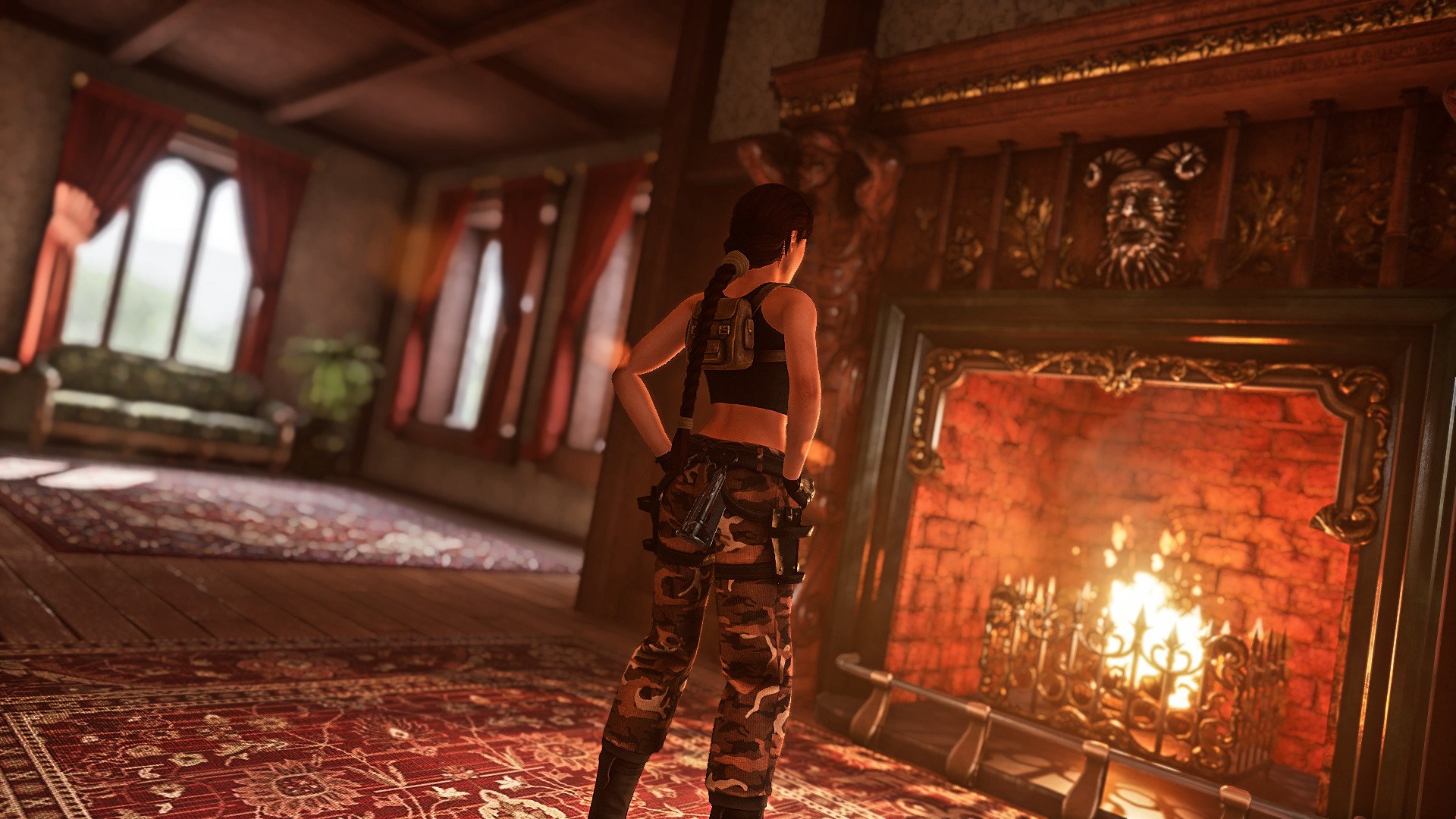 So he is still working as it seems.
Anyway, I like all of them except Angel of Darkness even Chronicles and Shadow of the Tomb Raider. My favourites are TR2, TR3 Anniversary and Rise of the Tomb Raider. The only TR content I haven't played was the DLC for Underworld.
Last edited: Jul 25, 2019
Life is too short to play subpar games.
Harvey Smith on Far Cry 2

The game stands as the shooter title that has given me the most compelling, player-driven moments to date.
Click to expand...

I was under the impression that the remake had ultimately ended up being just a demo of The Great Wall (which is released and playable, in case anyone reading this didn't know) due to some copyright issues or something. It's amazing if they're continuing the project.

I've only played the titles from Legend on as I remember getting frustrated with the camera when I demoed the original in the 90s.

2013 Reboot is my favourite even though it's more of an action game than a true TR style game. Rise is an OK sequel but Shadows was pretty ordinary and I felt it needed more combat as you can get stuck in the various hub zones just doing boring fetch quests for a long time and it needed something to break that up.

Of the Legend/Anniversary/Underworld games I probably preferred Legend but that may be due to it being my first true taste of the TR style of game.
Stallone's Law:

One man shooting at 20 men has a better chance of killing them all than 20 men firing at one.

[Steve gets a Kidney but I don't even get a tag.]
I see TR2 as TR1 except more of it, so i'm divided between the two. I went with TR1 due to being the first. TR3 is also nice but i'm not convinced that the new moves were adding anything of value to the gameplay.

But overall i like the TR games much better than the later games, largely because of the platforming and exploration focus (i always saw the action side on these games to be sloppy and superfluous and honestly i'd prefer it if they focused more on platforming, exploration and puzzle solving) as well as the grid system which IMO despite looking unrealistic it gives very clear feedback on what to do in each area - similar to the visible tiles you'd see in a Mario game (although something like the first Prince of Persia or Another World would be closer to Tomb Raider's gameplay) - combined with the so-called "tank controls" that provide very precise (if slow) control that is perfect for precision platforming on the grid (in other similar games where the level isn't as readable - e.g. Indiana Jones and the Infernal Machine - i find tank controls more of an annoyance than a benefit). Note that i'm talking about the PC controls here on a keyboard (i've tried playing on a PS1-like gamepad and found it much worse - i see where people who played it like that and disliked it come from).

BTW if anyone wants to play Tomb Raider 1 nowadays the best way is to grab the GOG version and drop in the Windows executable for ATI Rage card with a wrapper that converts the calls to (i think) OpenGL. This way you can play the game under Windows at full speed with widescreen support and native resolutions. The files can be found here.
~bs~

TR1. I still consider St. Francis Folly as one of the most memorable levels I've ever played. I kind of liked TR2, but the never ending hit-scanning human enemies became very annoying, very quickly. The vehicle sections didn't do much for me, either ( well the boat in Venice was pretty cool, I guess, but fuck that snowmobile ). It also missed the atmosphere of the original, which had a creeping sense of horror which crescendos during the last quarter of the game as all those skinless, shrieking mutants show up. TR3 I don't remember much of, apart from Lud's Gate, probably the most psychotically complex level in the series. Didn't play much of 4 and never touched 5, so I can't really judge those. The new ones are forgettable.

T3
T3 had the most fucked up unsolvable puzzles with doors opening where ever. At least thats how I remember it. Its also the prettiest of the original engine games. Also, the renders and wallpapers for it had the biggests tits.

Went for Anniversary as I hadn't played TR1 in so long it might be my nostalgia goggles blinding me.

It's a close call between TR1 and TR2, but I would have to pick the former. TR2 has way too many human enemies, and the atmosphere and genuine sense of isolation in TR1 were never equalled in any of the later games.

FYI, Steam are running a huge (up to 89%) discount on all the TR games until the 2nd of August.

I just bought TR I-V, TR: Legend, TR: Underworld and TR: Anniversary for less than 6 quid combined.
You must log in or register to reply here.