Project V13 - the online Fallout game that never was

https://www.theverge.com/2018/8/9/1...ect-v13-interplay-bethesda-lawsuit-fallout-76
Adi Robertson a journalist writing for The Verge has just posted an interesting and comprehensive article about Interplay's attempt to release an MMO game long before retards from Bethesda decided to produce Fallout Skyrim 76.

(...) The plan lay dormant for a few years, until 2007, when Interplay sold most of the Fallout franchise to Bethesda Softworks. It cut a $5.75 million deal that would leave Interplay with the rights to build a massively multiplayer Fallout game, as long as it secured $30 million in financing, commenced full-scale development within two years, and launched within four years after that. It was an ambitious timeline for the developer of any big online game, let alone one in the dire straits Interplay had found itself in.

This agreement would supposedly shore up Interplay’s finances and let it realize a long-imagined project. But according to Hervé Caen’s brother (and later Interplay CEO) Eric, it was a calculated gamble for Bethesda. Caen claims Interplay had offered to sell the MMO rights, but that Bethesda had balked at the proposed $50 million price. Instead, it agreed to terms that the shrunken, cash-strapped Interplay seemed unlikely to satisfy, on the condition that it could recover the rights for free if (or when) Interplay failed.

Whatever Bethesda’s plan, Interplay started laying the groundwork for a project codenamed V13 — short for “Vault 13,” the starting location in Fallout. Project V13 would be led by one of the original Fallout creators, Jason D. Anderson, who had left the games industry after the collapse of his studio Troika. In a 2012 GamesTM magazine interview, Anderson said he’d aimed to realize a vision of Fallout that ‘90s game graphics couldn’t handle, influenced by things like Frank Miller and Geoff Darrow’s near-future noir comic Hard Boiled and Terry Gilliam’s retro-futuristic film Brazil.

Anderson didn’t respond to a request for an interview with The Verge. But freelance artist Caleb Cleveland, who worked briefly on V13 in late 2007, describes the early conceptual style as a kind of elaborate urban retrofuturism, with less of the “big orange wasteland” found in earlier games. “[Anderson] wanted to create individual skylines for metropolitan areas so you would emerge from a tunnel, and you would go, ‘Oh, this is nuked New York,’ and there would be this giant crater you’d have to navigate,” he says. “Radio City Music Hall would be a quarter mile high — it would be gigantic. … There would be monorail tubes everywhere, just to make it look as ‘50s and crazy as possible.”

But Anderson slowly decided that the project was hopeless. “It was impossible to get anything approved through Bethesda,” he told GamesTM. And when he looked at the stringent terms of the contract, “it became very clear to me that Bethesda had no intention of ever allowing Interplay to actually create an MMO.” In early 2009, he left Interplay for a job at InXile Entertainment, working on a sequel to Fallout’s spiritual predecessor Wasteland.(...) 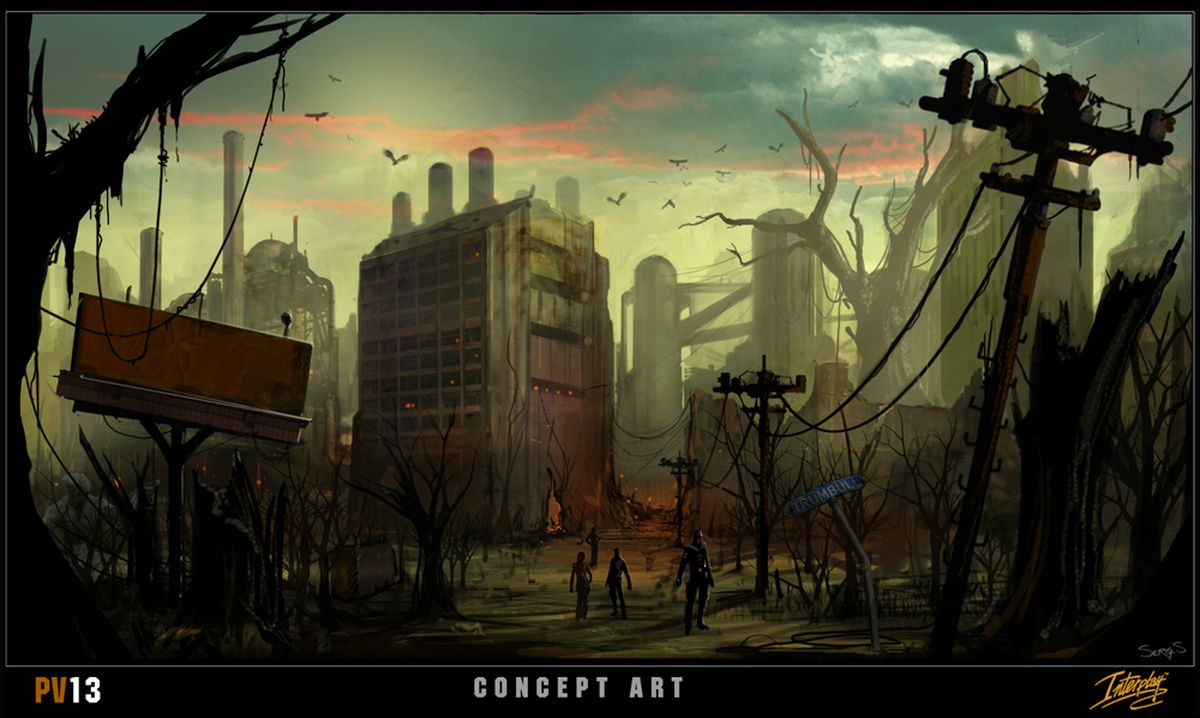 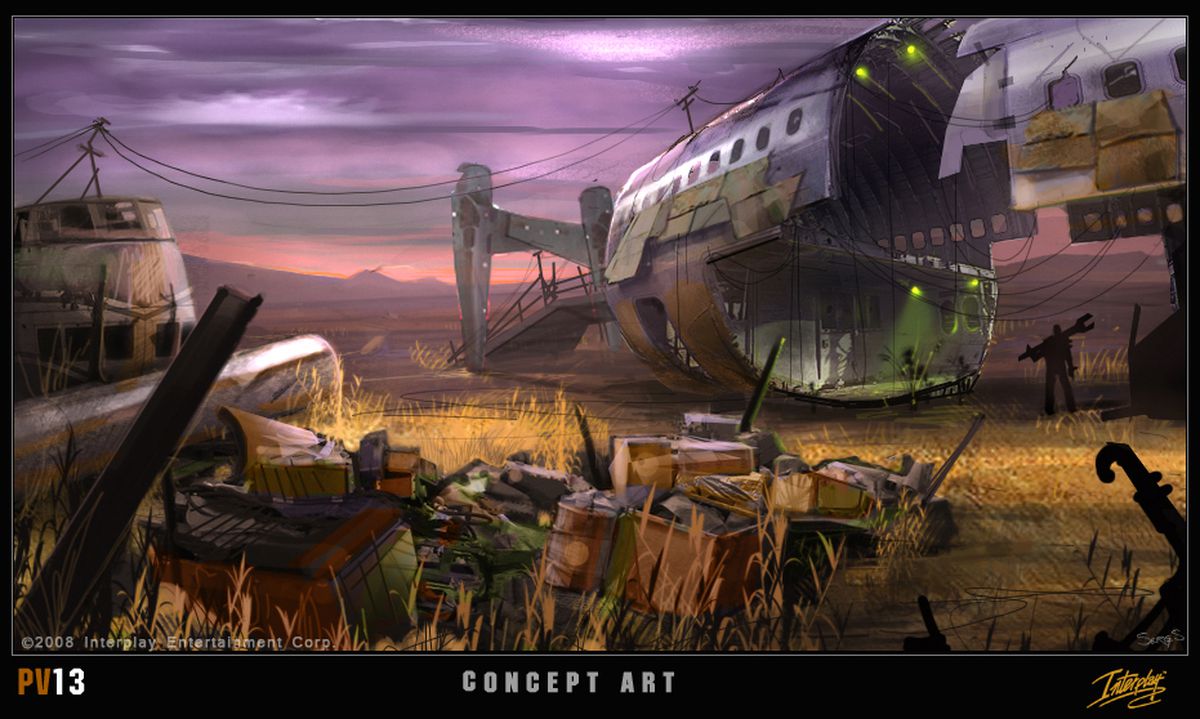 There are some new tidbits here and there so even those familiar with the Bethesda-Interplay situation might find this article interesting. Fuck Bethesda/Zenimax.

Great article. I was always under the impression that the Fallout MMO had no real chance of succeeding, but I didn't know Bethesda's antics at the time were that awful.

Makes you wonder, why did Bethesda let New Vegas happen? It seems they were hell-bent on appropriating everything related to Fallout before it, and now they're back at "nah, we won't let outside studios touch Fallout."

Well yeah but Interplay screwed up big time with that MMO deal by allowing Bethesda to have any say on the matter, of course they didnt want then to succeed
As for New Vegas it has become abundantly clear that the decision to make it with Obsidian was a decision from the higher ups who wanted something to bring in some cash while Skyrim was in production... but it has become crystal clear that even if Howard the Toad was somewhat onboard with it at first after the critical reception New Vegas got from the original Fallout community as a “true” Fallout game which honestly puts Fallout 3 to shame in almost all the departments (maybe with the exception of the locations and designs) you better believe Toad is NEVER going to let anybody touch Fallout ever again
Last edited: Aug 10, 2018

It cut a $5.75 million deal that would leave Interplay with the rights to build a massively multiplayer Fallout game
Click to expand...


Caen claims Interplay had offered to sell the MMO rights, but that Bethesda had balked at the proposed $50 million price.
Click to expand...

These were the years where developers still thought they could make a WoW killer and become zillionaires...

Infinitron said:
These were the years where developers still thought they could make a WoW killer and become zillionaires...
Click to expand...


Yeah, no kidding. Back in 2006 Interplay envisioned that their Fallout MMO project would have a start-up cost of $75 million. They were already millions in debt at the time with no real prospects of getting funding. Eventually the MMO license ownership was settled out of court - Bethesda bought it for $2 million.

Woah, I've just noticed that Adi is a female name: 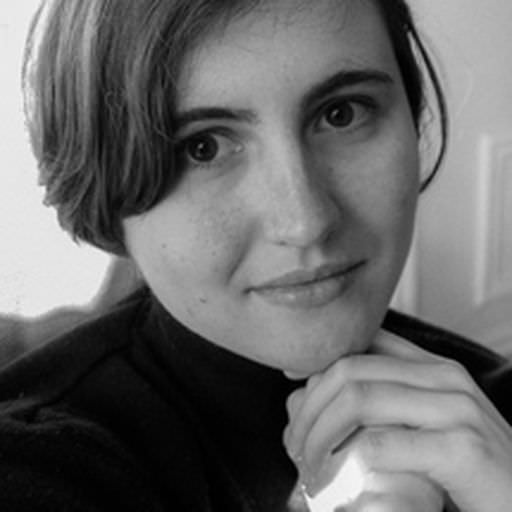 I was sure that this Adi Robertson was a guy.

Anyway, it's a shame that Anderson didn't respond when she asked for his comment, the stories he could tell... Maybe Codex could try to do an interview with him? That would be epic. Same goes for Chris Taylor or even Mark O’Green.

It most likely was worth that much and Bethesda could have paid it IF Interplay wasn't in such a bad shape. They've probably done their research and knew that Interplay desperately needed the money so paying such a large amount would be a waste. Interplay signing such contract showed it the best though, who in his right mind would agree to something like this? It would be better for them to wait for another buyer or to temporary give rights to some company but this? They've killed the goose that laid golden eggs. Same goes for not developing next Fallout game when they've still had the money to do so (and instead they've released Fallout Tactics and later F:BOS which supposedly was an abomination).