So did they updated the game to be more realistic? Like you must wait for a hour outside until border guards arrive?

Has there been anything closer since SWAT 4? I'm old and retarded.
Bees tend to fly vertically

Arma3 is good, and the new thing they did.
Gameplay is the story.
Try CheatEngine it is free and amazing for gamers
https://en.wikipedia.org/wiki/List_of_acquisitions_by_Electronic_Arts#Acquisitions

POOPERSCOOPER said:
Has there been anything closer since SWAT 4? I'm old and retarded.
Click to expand...

ARMA 3 as anvi mentioned. Ground Branch has a similar feel too. There are other realistic games, but most are multiplayer-only (eg Insurgency Sandstorm).

Biggest update so far. Highly recommend the game in its current state.

Apologize to Chris Roberts and become a Star Citizen today!

Loving the firefights in this game. The AI is really aggressive right now and can surprise you if you aren’t careful. Highly recommended if you liked SWAT 4. Rules of Engagement make more sense than in SWAT 4, armed suspects who don‘t surrender are fair game, no longer are you forced to watch idly as they are running away from you. It‘s great fun right now and there are some very atmospheric levels (night club and pedo villa stand out.)

I saw this video yesterday showing that the game used to have way better animations. But apparently the guy in charge of it was laid off, and the developers couldn't get NPC's navigating through levels correctly when using it.

Welcome to our 39th edition of our biweekly newsletter! This time around we will be showing new developments in our upcoming level, Data Center. Our level designers and artists have been working hard to add new creative aspects to make this level a force to be reckoned with. We are excited to share these updates with our supporters!

The data storage facility featured in our new level, Data Center, is one of the last remaining centers still operating for Mindjot, a company that provides the online outsourcing of trade workers to workforces within Los Suenos. Mindjot was formerly known for being a platform where people can voice their opinions anonymously, avoiding punishment from the police and public.

Due to the lack of socio economic stability in Los Suenos, Mindjot quickly grew in necessity; at one point responsible for facilitating outsource work for almost half of the city's developmental projects. Another key factor to success was Mindjot’s utilization of crypto currency, which proved to be an advantage when the value of the dollar was wavering. 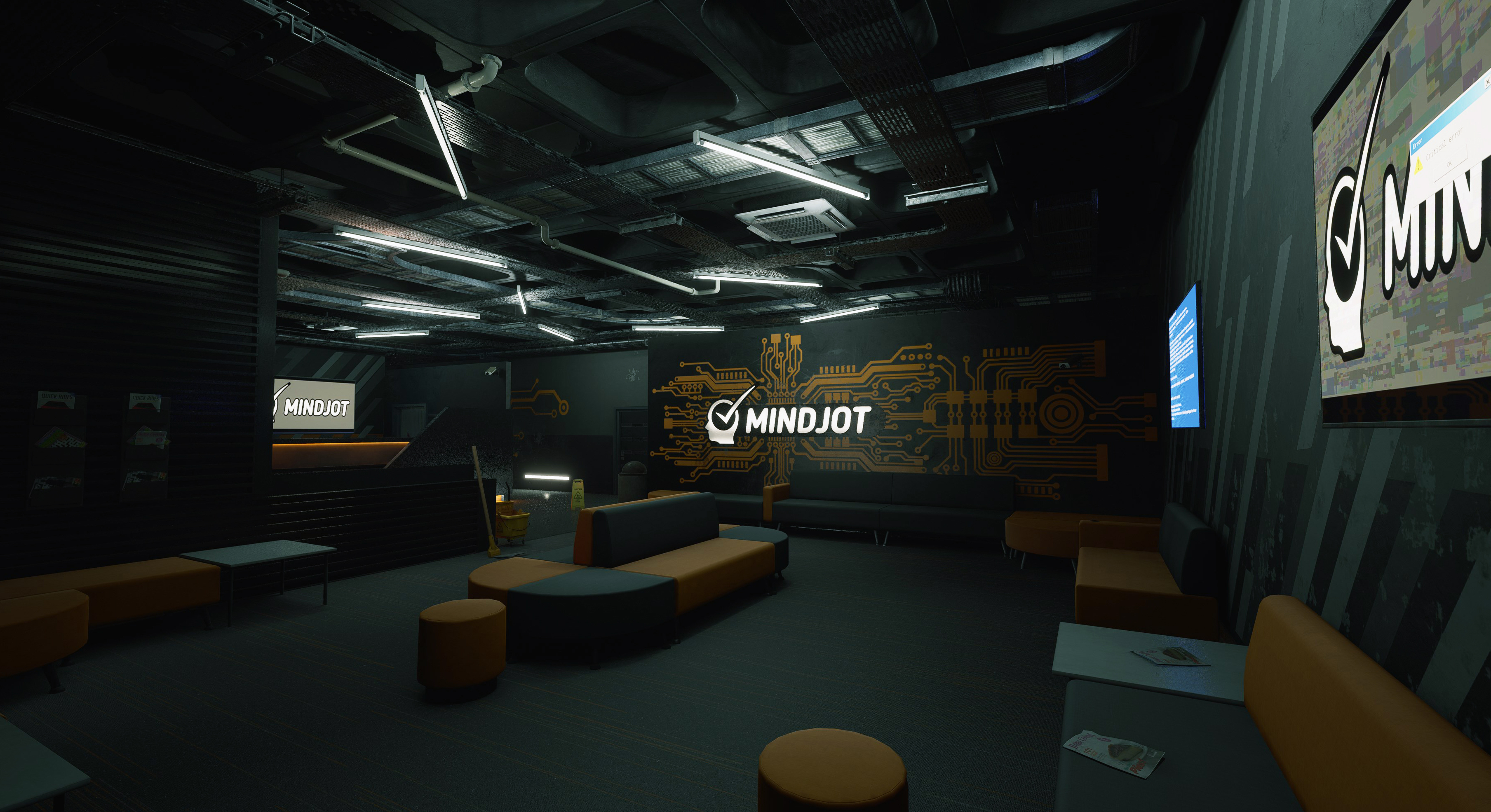 Above: You know, for a dirty company, their lobby is kept surprisingly clean.

Their success took a turn for the worst as larger companies began to lobby for industry change. A once strong respectable company became a mere joke overnight. Following the collapse, Mindjot turned once again into a hub for the anonymous illegal trade of various listings. 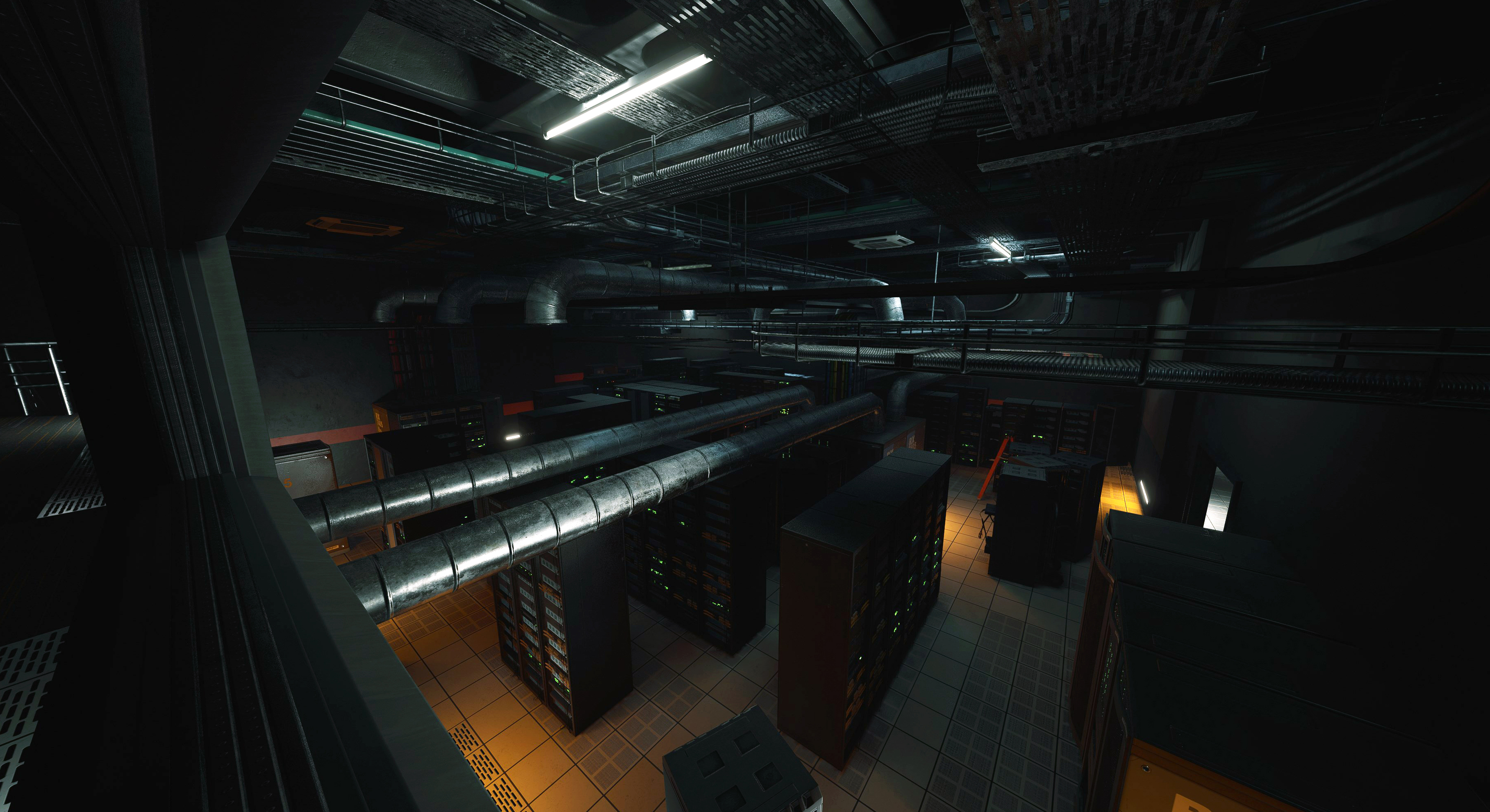 Above: The claustrophobic racks will make any gunfights long and dangerous. Liberal use of flashbangs is advised and will keep collateral to a minimum. 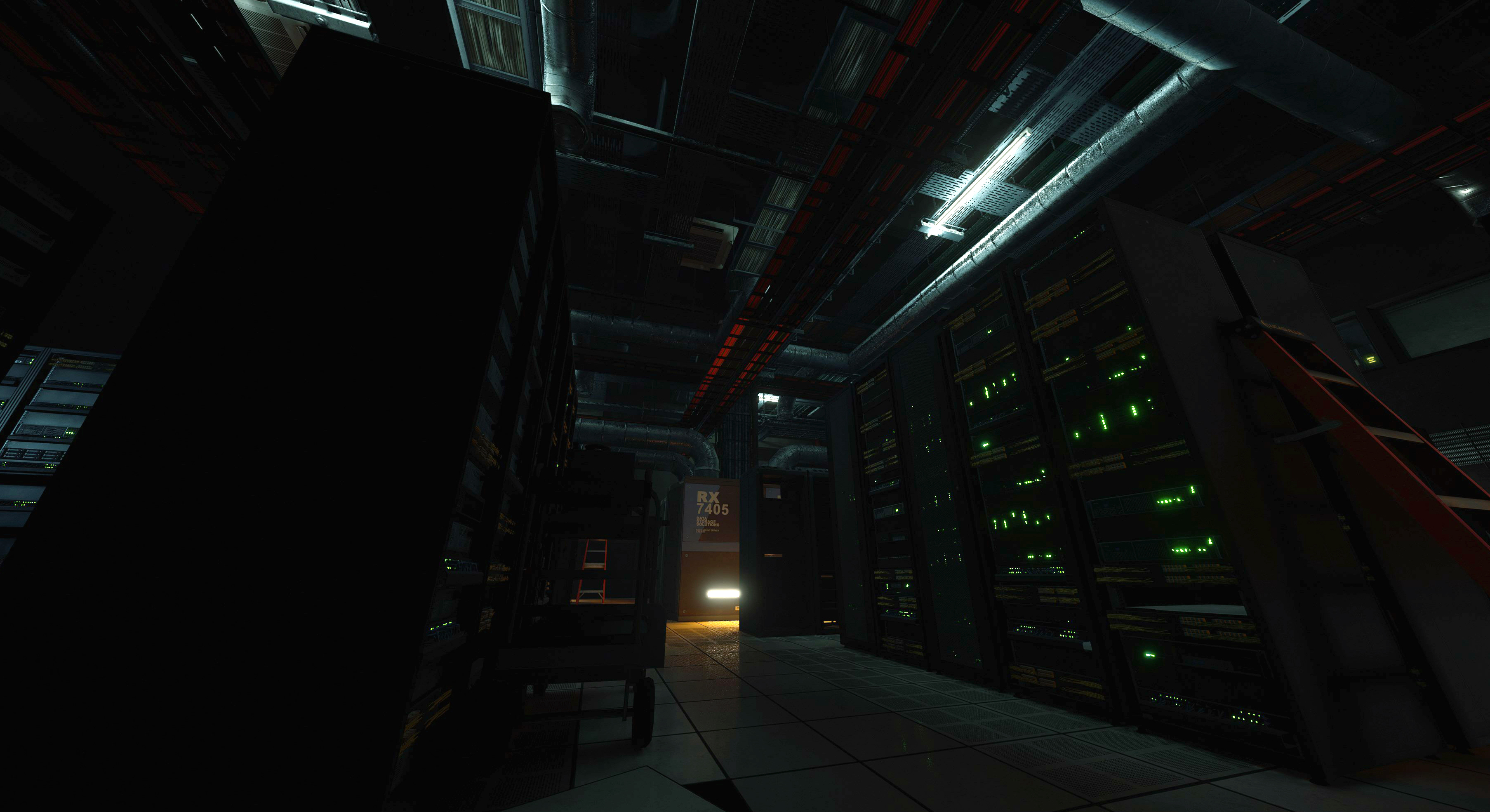 The Los Suenos Criminal Investigation Division has found evidence of prostituation, trafficking, and exploitation within Mindjots online servers and employees, specifically the security guards. The individual identity of these users has proven to be difficult to identity due to the extensive use of VPN’s. Following the conviction of a pedophile, investigators were able to link the distribution of explicit child pornography to Mindjot. 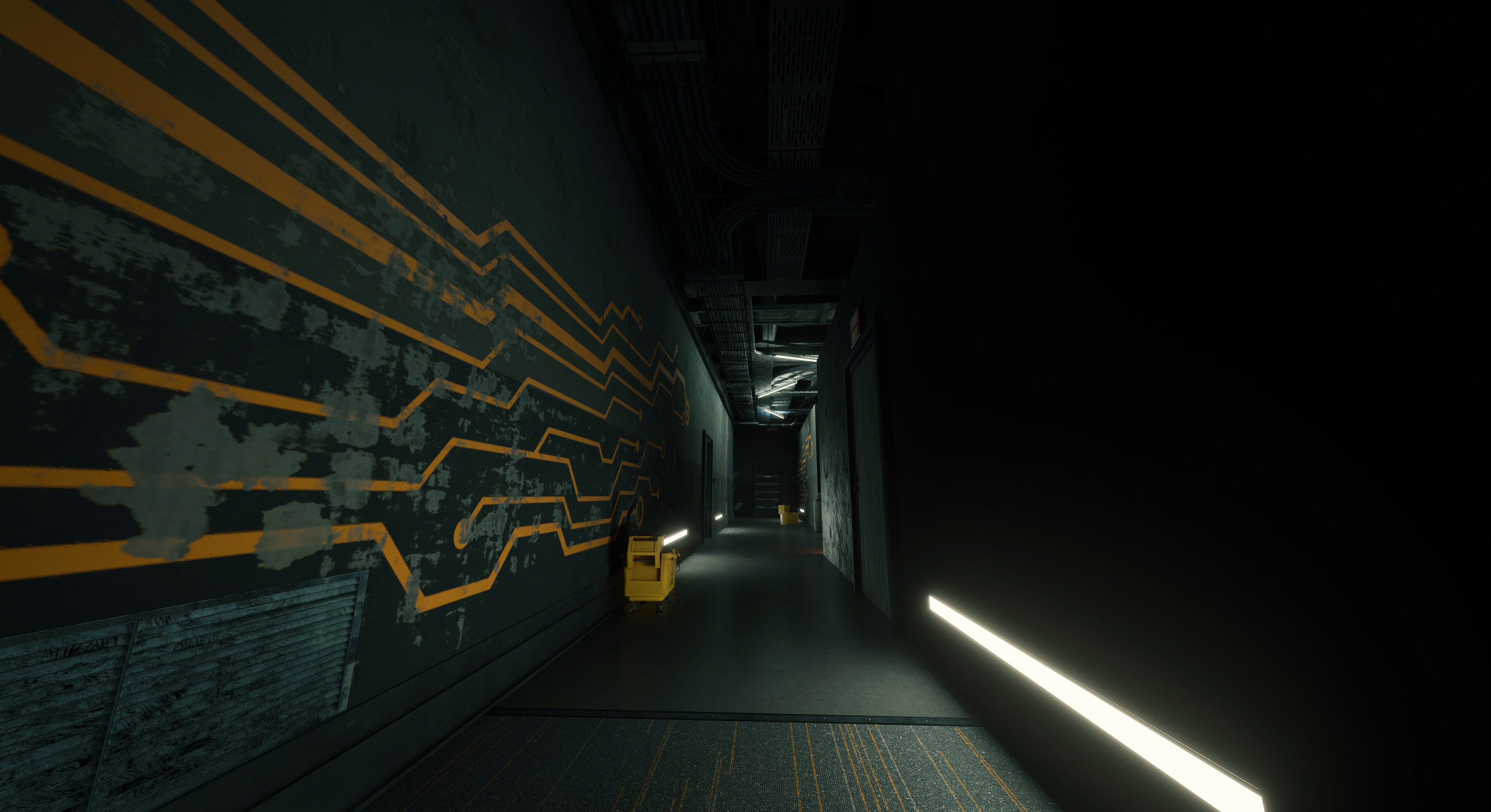 Above: Outside of the pristine front desk and server rooms, the cracks start to show. 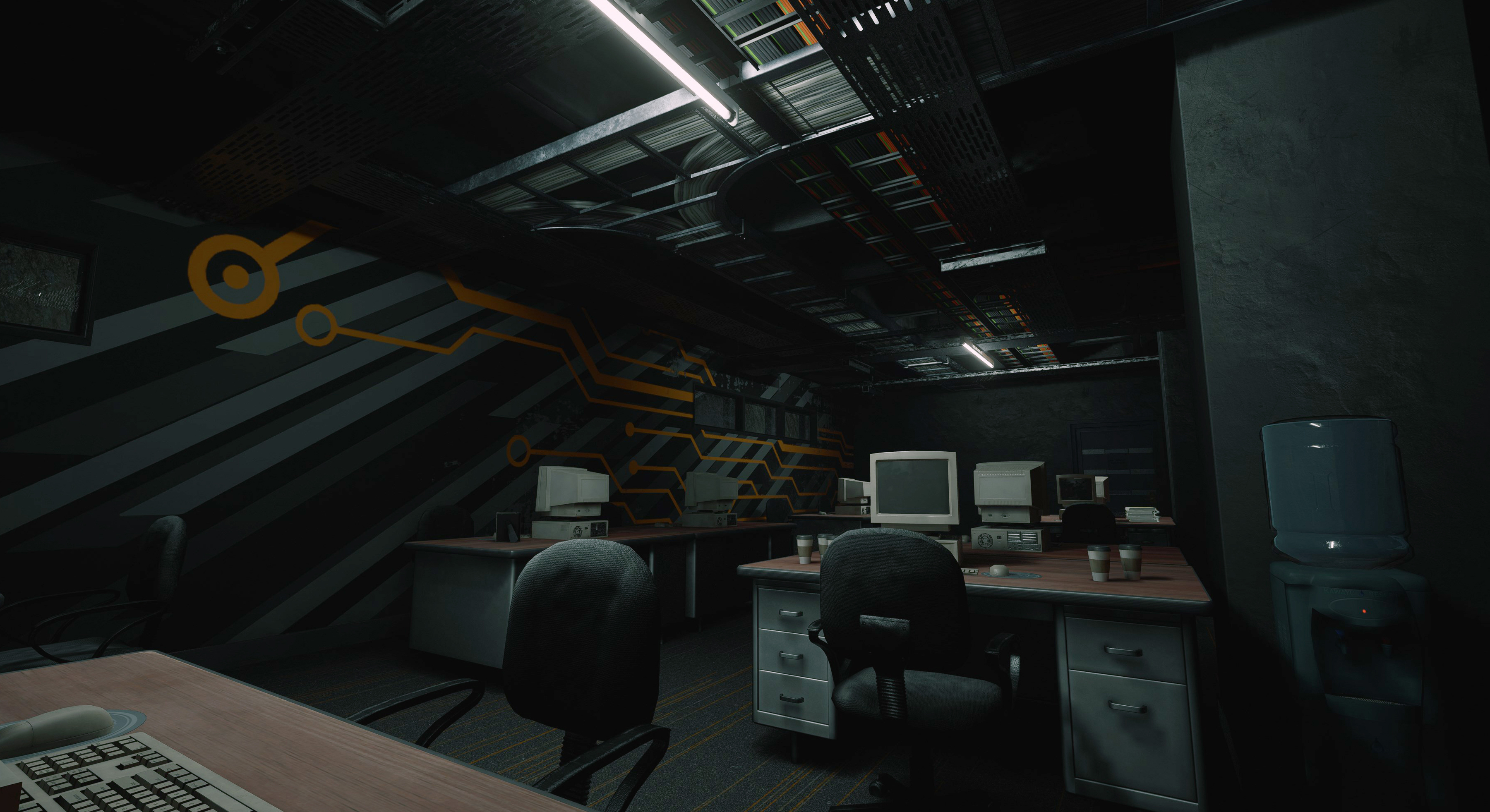 Above: One has to wonder if the employees know what sort of data they’re managing. 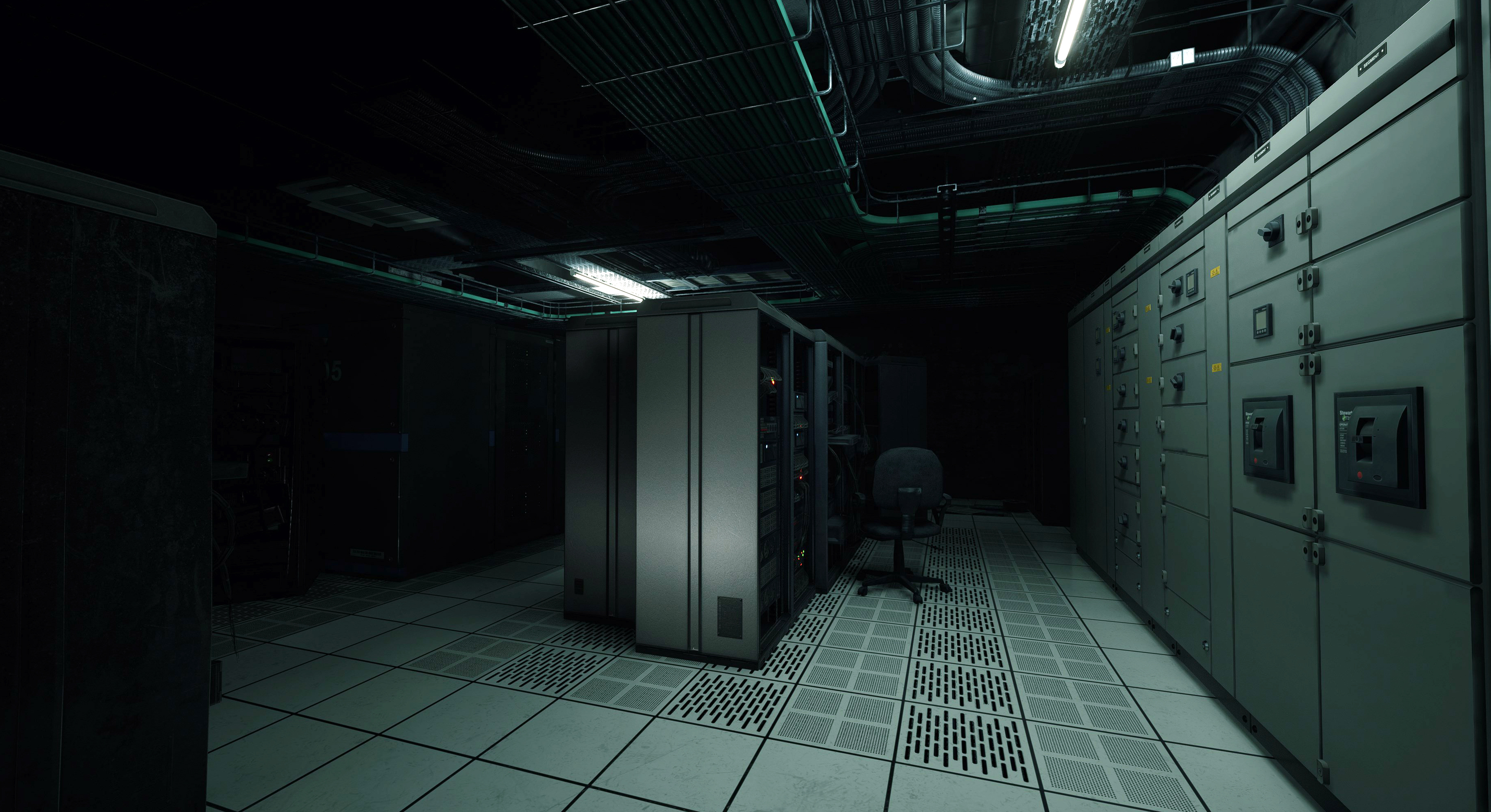 Above: The rooms tend to blend together, though if you look closely, it’s easy to keep track of where you’ve been.
Click to expand...

Vol. 38 Ready Or Not Development Update

Welcome to our 38th edition of our biweekly newsletter! Today we will be showing a first look into one of our future levels, Agency! Vol. 34 Development update introduced the prime suspect of this level, George Brixley, owner and main agent of Brixley Talent Time.

The Row is one of the poorest areas in Los Suenos and is often avoided by the general public. Months of trash accumulates on the curbs, clothes hang from windows waiting to be stained with the smell of smoke, and makeshift tents of the homeless litter the sidewalks. Meanwhile, Brixley Talent Time looms right in the middle of it. 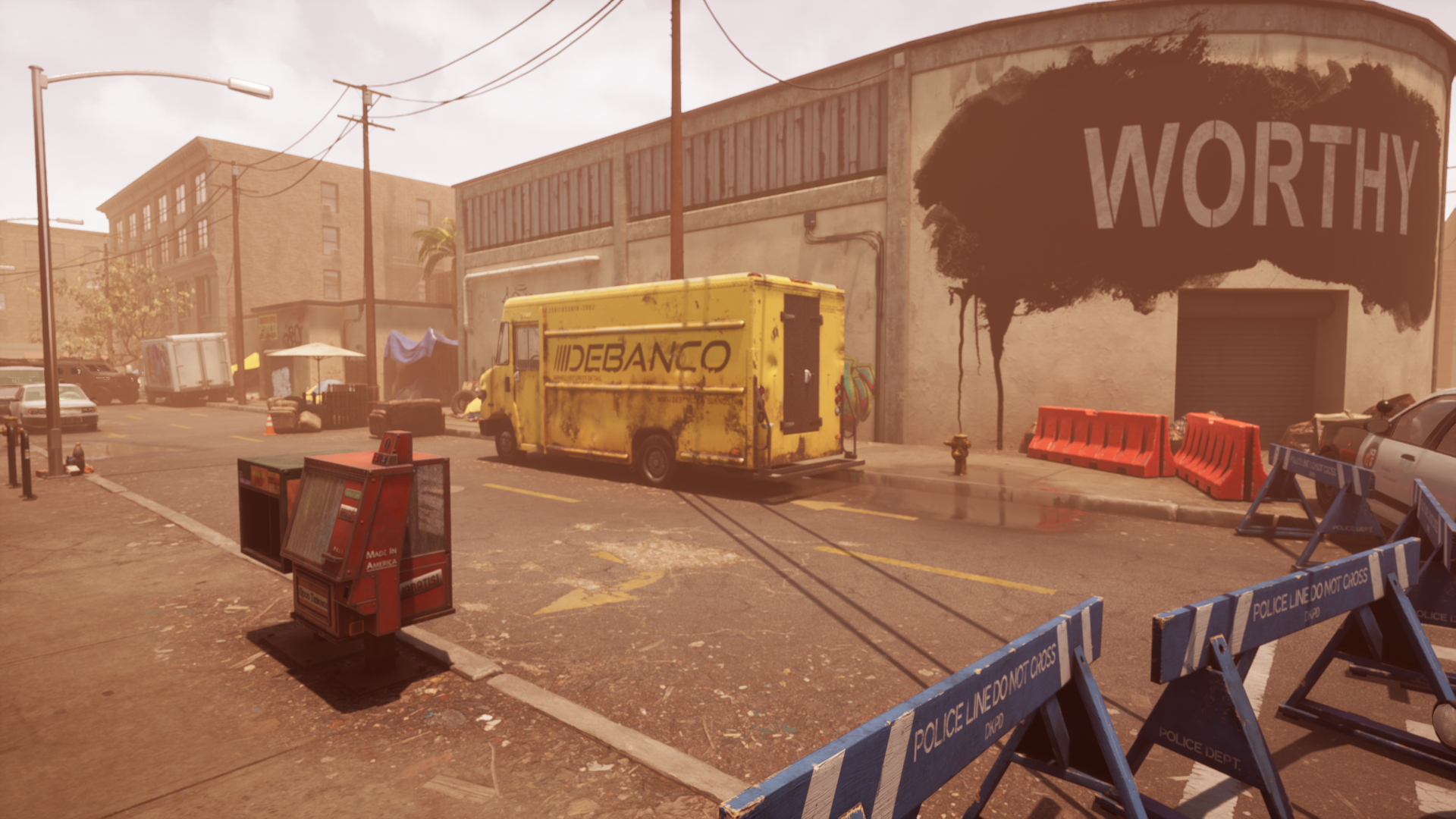 Above: The choking smog leaves inhabitants wondering what they’re exactly “worthy” of. 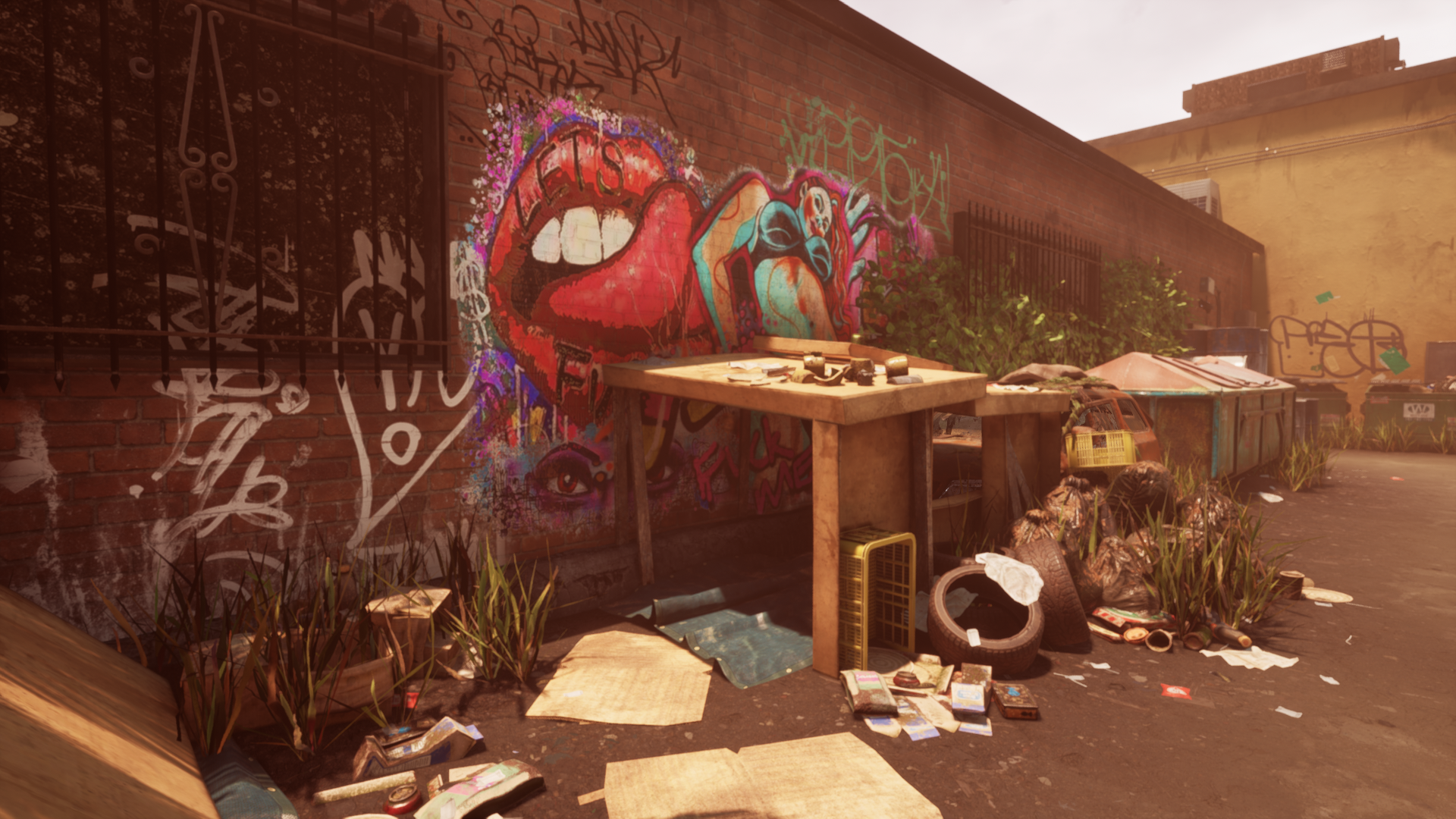 Above: Life finds a way even in the harshest environments. 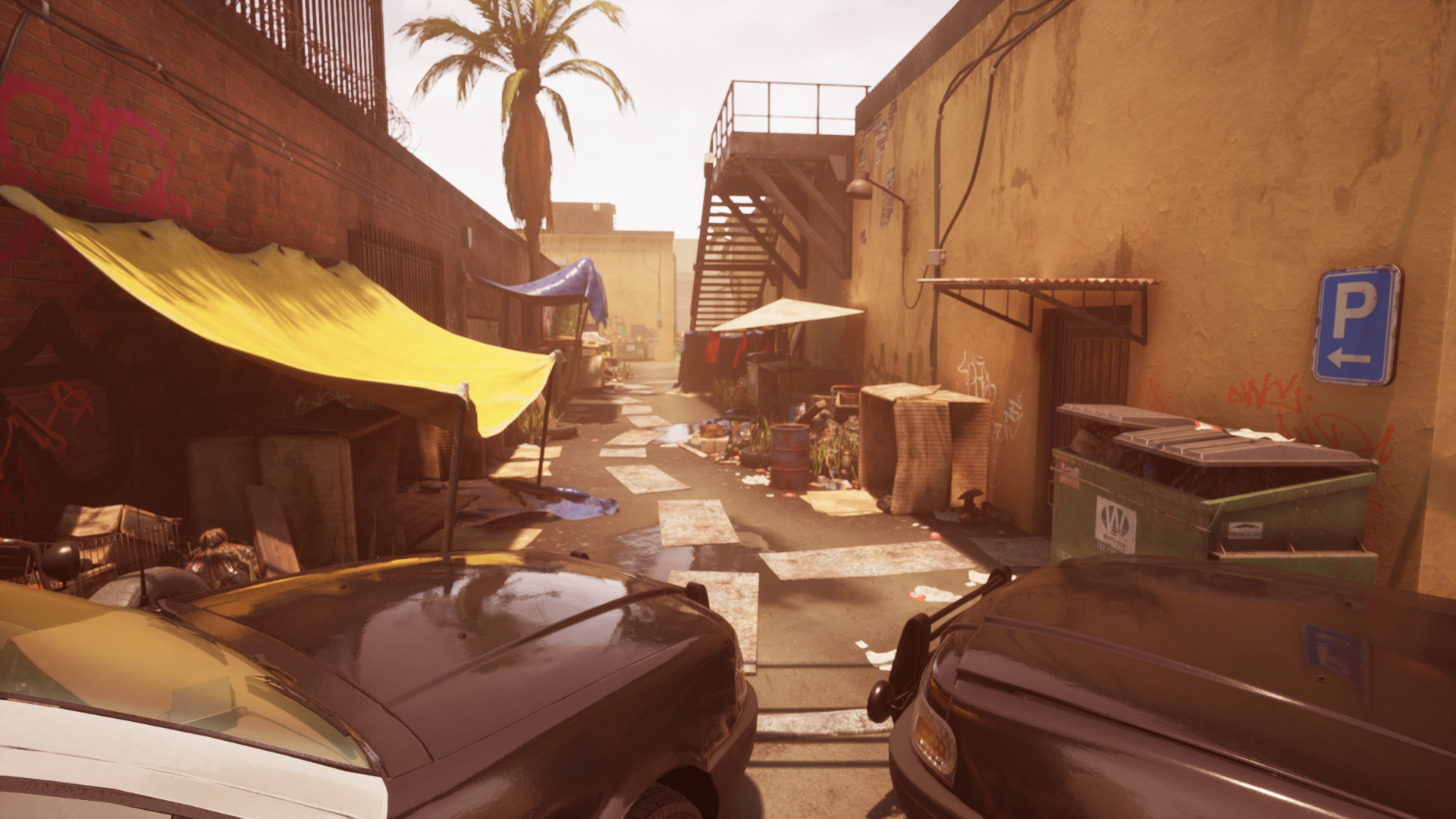 Above: You can’t walk the streets of the Row without seeing Police cars posted at every alley.

Brixley Talent Time is a filthy place, disgustingly decorated with childrens toys, clothing, and photographs. Used as a front for talent scouting, this place is a breeding ground for sexual assault, pornography, and financial abuse. 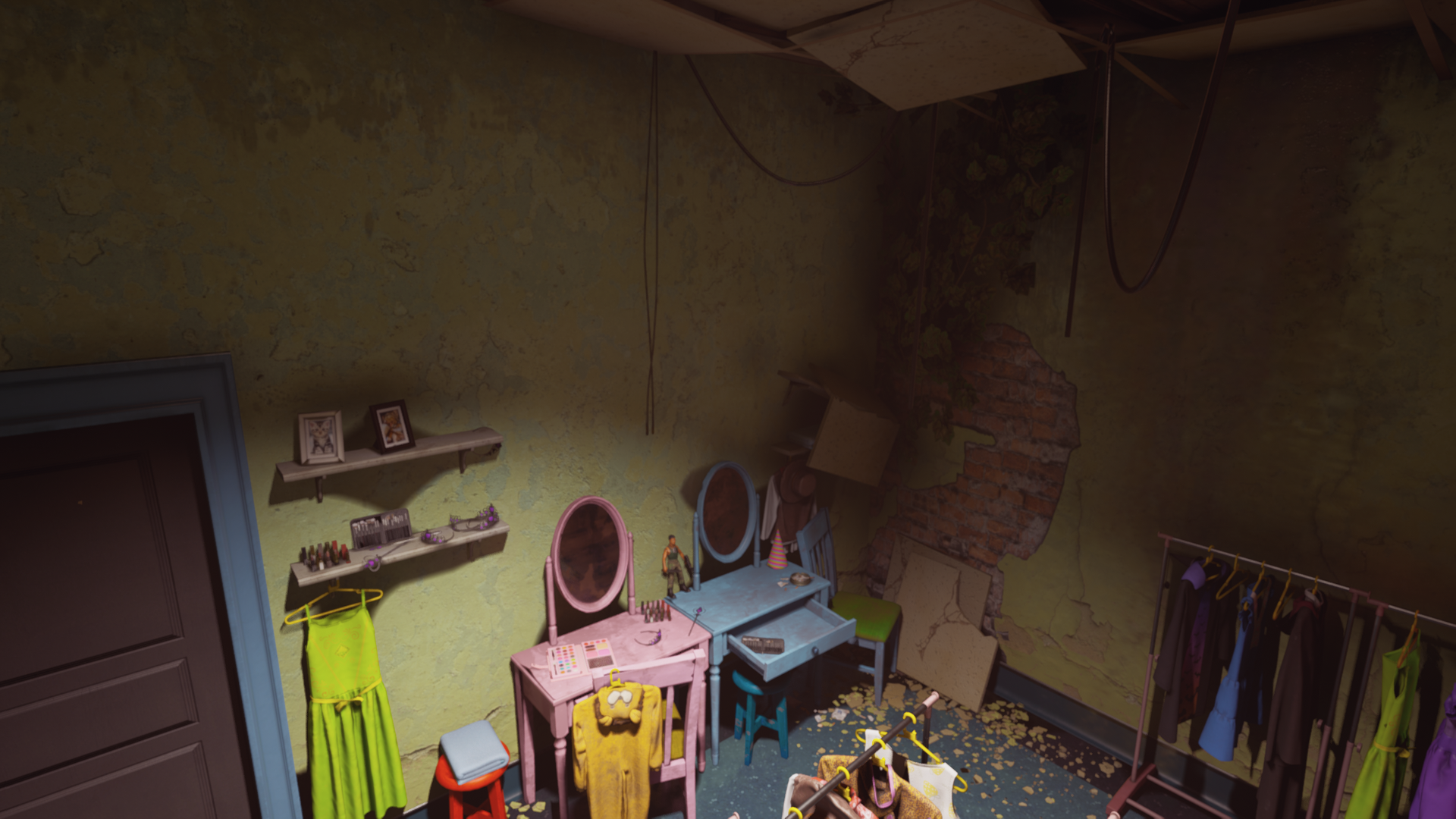 Above: It’s highly unlikely Brixley invested in a washer and dryer - or a janitor.

Approach with caution, as Brixley may not be acting alone in his repulsive schemes. He has a lot to lose and a prison cell for life if captured. That man has a face you could see in your nightmares, a challenge for even a mother to love. 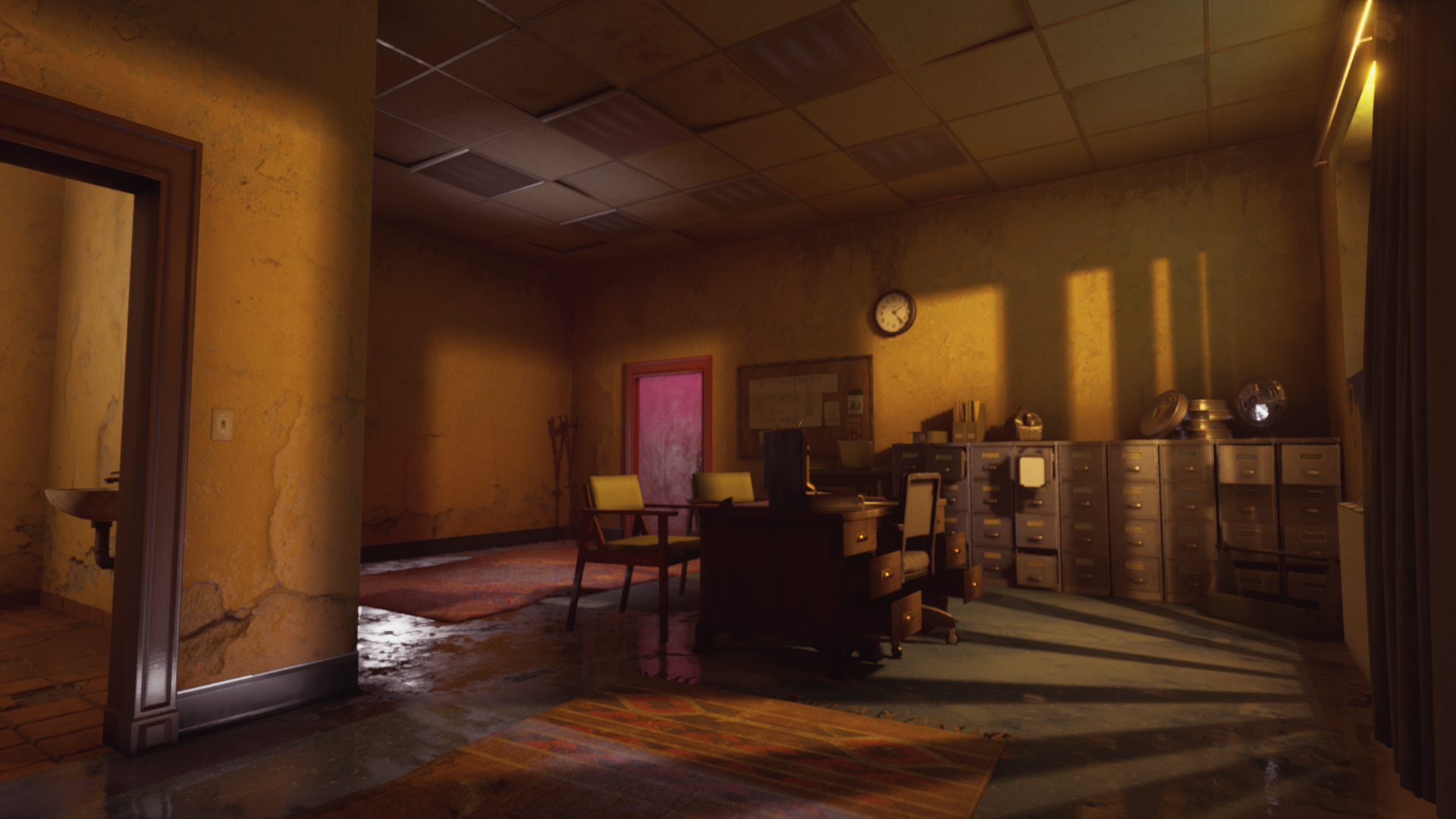 Above: I don’t envy the investigator that has to catalog all those photos. 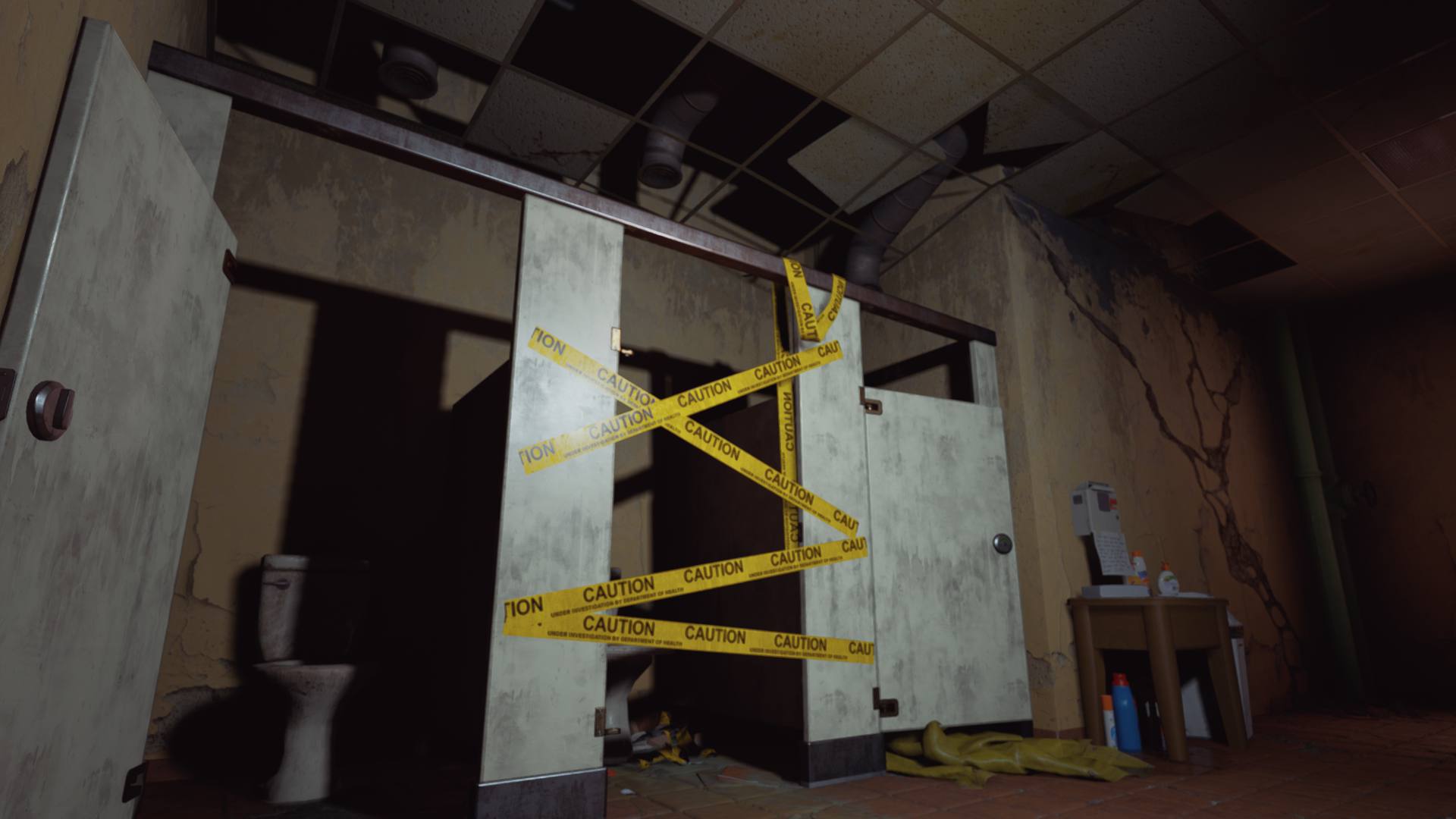 Above: The locks on these bathroom doors wouldn't make anyone feel safer.
Click to expand...

Unfortunately, my enthusiasm for this game died rather quickly. The foundations for a great SWAT 4 successor are there, but in its’ current state, the game suffers from two major problems:
Combined with the fact that all suspects are hyper aggressive, this means that you basically have to shot everyone on sight. Don’t even think about arresting them. Getting them to surrender by using superior numbers and flash grenades works only rarely.

I’ve read some vague statements by the devs here and there indicating that they are kind of aware of the problems, but communication is very sparse. Waiting for the next major update right now before getting my hopes up for this game. 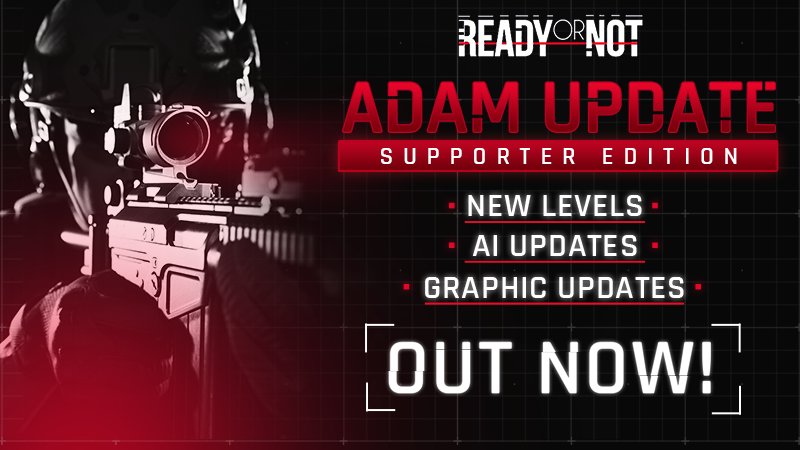 Back in June we released our biggest update to date. Little did we know that the Adam Release was going to take that throne right away.

Conclusion
That concludes the patch notes for the long-awaited Adam Release. The VOID Interactive team could not be more grateful to everyone for their support along this journey. It’s been a couple of months of hard work behind the scenes, and we can’t wait to bring you more updates in the future!

Remember that this update will be available to everyone soon!

Join our Discord server to chat about the update!

Keep your feet on the ground,
Void Interactive.
Click to expand...

Ive been playing this. I think it's pretty fantastic. It really is SWAT 5 for all intents and purposes. The only thing I don't like is how high stakes most of the missions are. SWAT 3 and 4 gained their verisimilitude by having a good mixture of pedestrian call outs, as well as high stakes big missions. Wanna see more stuff like barricaded suspect in a home and it's just a mentally ill guy who has been potshotting at cars on the highway from his attic. You need these kind of missions to give a sense of scale and gravitas to the missions where you are taking on a squad of terrorists with armor and automatic weapons.

Has there been anything closer since SWAT 4? I'm old and retarded.
Click to expand...


i know i'm several months late, but rainbow six: raven shield is still considered the best of the series for good reason. it has a lot of depth in areas you don't really expect without being too overwhelming

Good to see a lengthly list of updates to the AI, finally. Swat 4 has been putting this to shame.
GreenMagicSpell said:
...honestly you're really hopeless, guys. Turn-based RPGs are boring, I can cook my dinner during a battle.
mondblut said:
Indeed, go back to cooking.
You must log in or register to reply here.