TheSentinel said:
Can you find the original Kaneko design of this demon from SMT If...? I remember something about Doi's Amon not being very different from Kaneko's.
Click to expand... 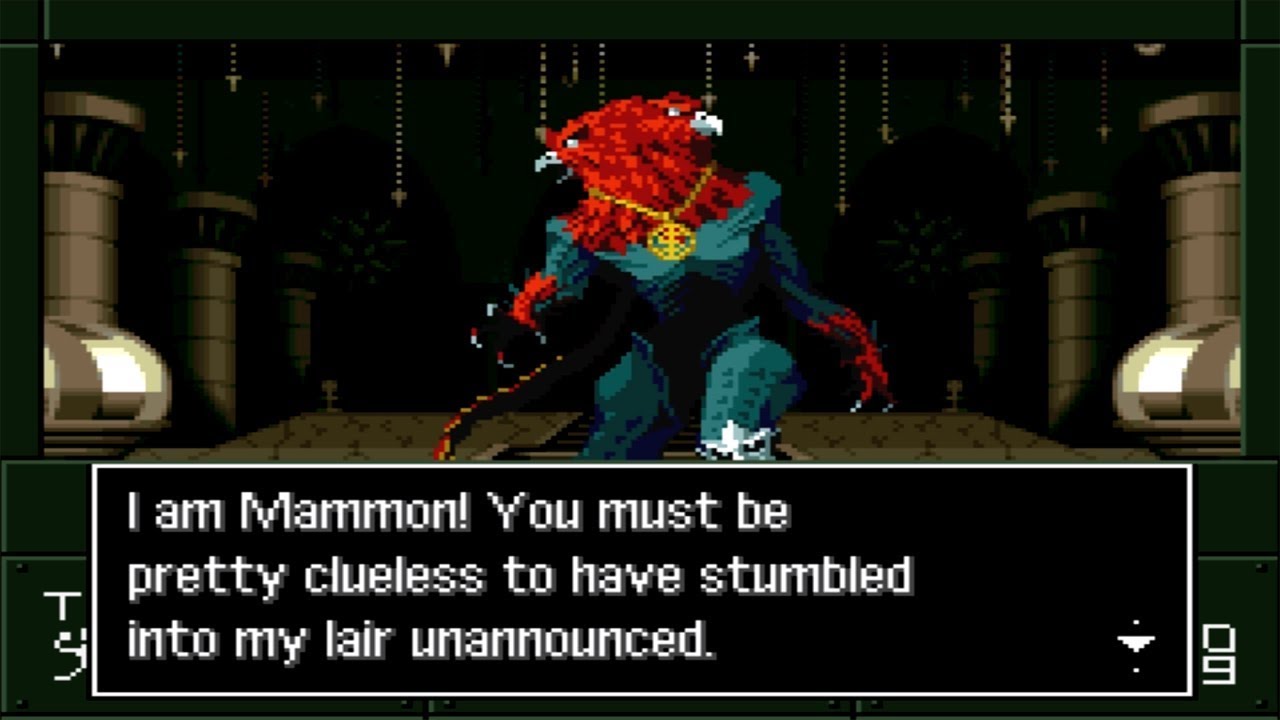 Is it this guy?
Wiki does not have a pic so I had to rely on Guguru
Butthurt Dungeon: Thac0's Ultimate Blobber List

Oh no, I found it. It was actually on that article linked above: 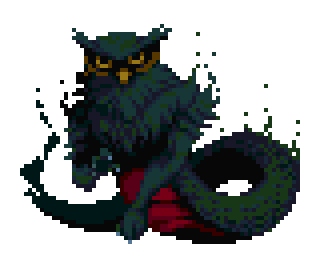 Doi basically added an extra pair of arms for some reason and changed colours.

The first new demon revealed for Strange Journey Redux, Amon is not unrecognizable; he retains the serpentine body, owl head (though not the wolf's teeth), and wolf's legs (albeit in a vestigial fashion) of the original Dictionnaire Infernal print by Louis Le Breton. While those are all fine and good, what will ultimately win your eyes' attention is the pair of conspicuous, blood-red arms bursting out of his body in a manner similar to Satan's heads and textured with the same peculiar segmented musculature. In his design commentary, Doi coyly admits that the arms are a nod to Devilman's Amon, a creation of comic artist Go Nagai who otherwise has no relation to the Goetia’s Amon:

The main point of the design are the red hands. According to legend, Amon can offer his summoner knowledge about the past and the future and is known as an intellectual and erudite demon, so I thought I would be able to express this aura by adding those posing arms to an animal body. The design of his arms is based on Shin Megami Tensei if…’s (Akira route) homage to a certain work, but I’m not too sure how obvious it is (laughs). Nevertheless, respect for older works and imagination will always be important and the positive feedback received by this Amon makes me think this is a pretty good formula… [10]
Click to expand... 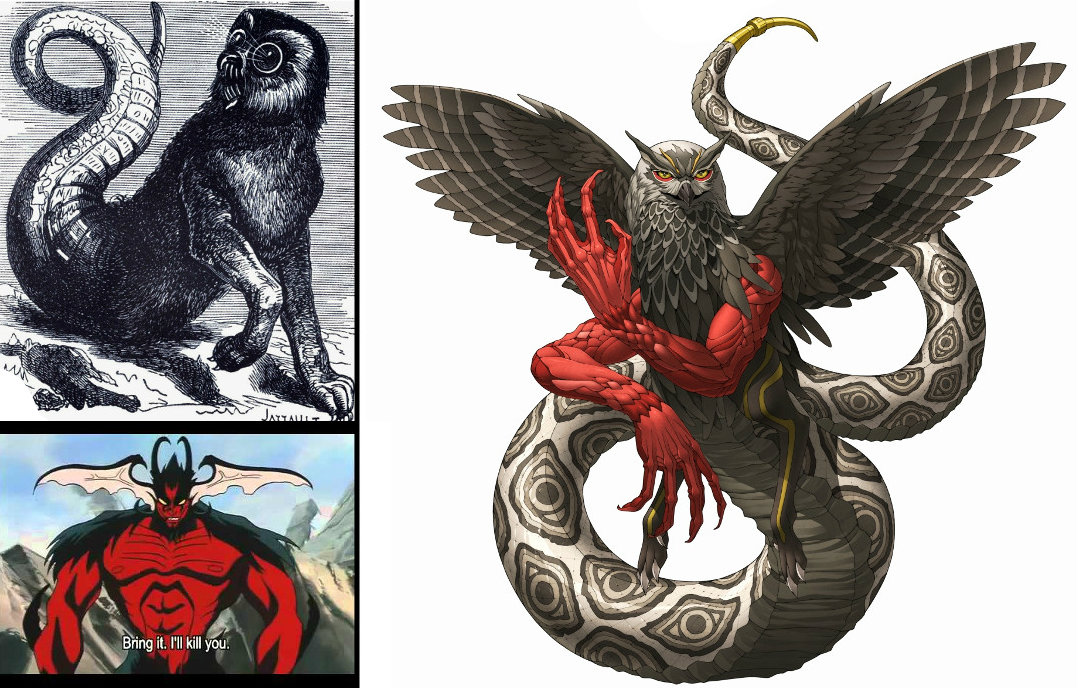 That said, Please cancel me at once.

Deflowerer said:
I think the worst this game could really be is for all and intents and purposes SMT3-2 that wallows in the nostalgia of that classic.
Click to expand...


Dunno what would be wrong about that. It's already clear that SMT5 is Nocturne 2 and if that means: complex level design, no 'power of friendship' bullshit, war of various ideologies instead of generic law/neutral/chaos thing - that's fukkin fine.

Finally, a single game that will transform that miserable Wii-U-portable into beast.

The Naruto running and long flowing hair does not look that great.
"I'm now making myself as scummy as I can. Why? I want to be a poet, and I'm working at turning myself into a seer. You won't understand any of this, and I'm almost incapable of explaining it to you. The idea is to reach the unknown by the derangement of all the senses. It involves enormous suffering, but one must be strong and be a born poet. It's really not my fault." --Arthur Rimbaud on joining the Codex

Running around Japan in your shorts in Nocturne didn't look great either to be fair.

Looks fuckin' great but I'm kinda embarassed by this tutorial-lish trailer- like it's being targeted to casuals.

If somenone do not know the difference between Agi and Maragi, Mabufu and Bufula, Garula and Magarudyne then he shouldn't even touch this geam.
Last edited: Jun 16, 2021

Ok that UI is an absolute fucking disgrace. Looks like a phone game. The flowing hair is the gayest shit I've seen this year.

Lol @ that resolution and framerate. Definite skip unless there's a PC version.
That said, Please cancel me at once.

Should've made her a girl to begin then. One of the worst MC designs I can think of in recent years.

TheSentinel said:
Lol @ that resolution and framerate..
Click to expand...

It seems a rater bland and generic anime with gay neon oversaturated colors. Not impressed. At least it is still turn based and not an hack&slash or dance game. We will see...

SMTV : a protagonist both men and women can jerk off to.

Not only just similar layouts, they re-used much of icons and things.
Ticket To The Moon | The Man Who Sold The World


Unreal engine + switch is an iconic duo. In all the wrong ways.
What people say in shoutbox :
Ontopoly: I'm not gay. But he does make me feel submissive
Ed123: I honestly don't like sex irl anymore; having sex with my gf was a chore; I was doing all the word anyway; playing fetch with the doggos was more rewarding
Jason Liang: i play as a drugged out jet junkie whore and myron is my pimp
Daedalos: what's wrong with running from dick to dick?
Juan_Carlo: If I could do everything over.; My one regret in life.; Is that I wasn't an abortion doctor. ;I just want to give abortions all day, e'ry. I've realized it's the only thing that can make me happy.

It looks so good and it's using SMT4A gameplay , for most part.

That JP trailer is fucking great.

Though the main protagonist this time around looks just ... horrible...

We'll see if the Switch Pro is real. It seems that a few games would benefit from some extra power.
Last edited: Jun 15, 2021
Upcoming role playing games thread will be continuously updated as long as I am active on RPGCodex:
https://rpgcodex.net/forums/threads/upcoming-role-playing-games.119870/
I am bound to miss several games. Please, feel free to post suggestions.

Skill affinity from SMT IV A is in. This gives it the potential to be the best SMT ever. I am hype.
Butthurt Dungeon: Thac0's Ultimate Blobber List 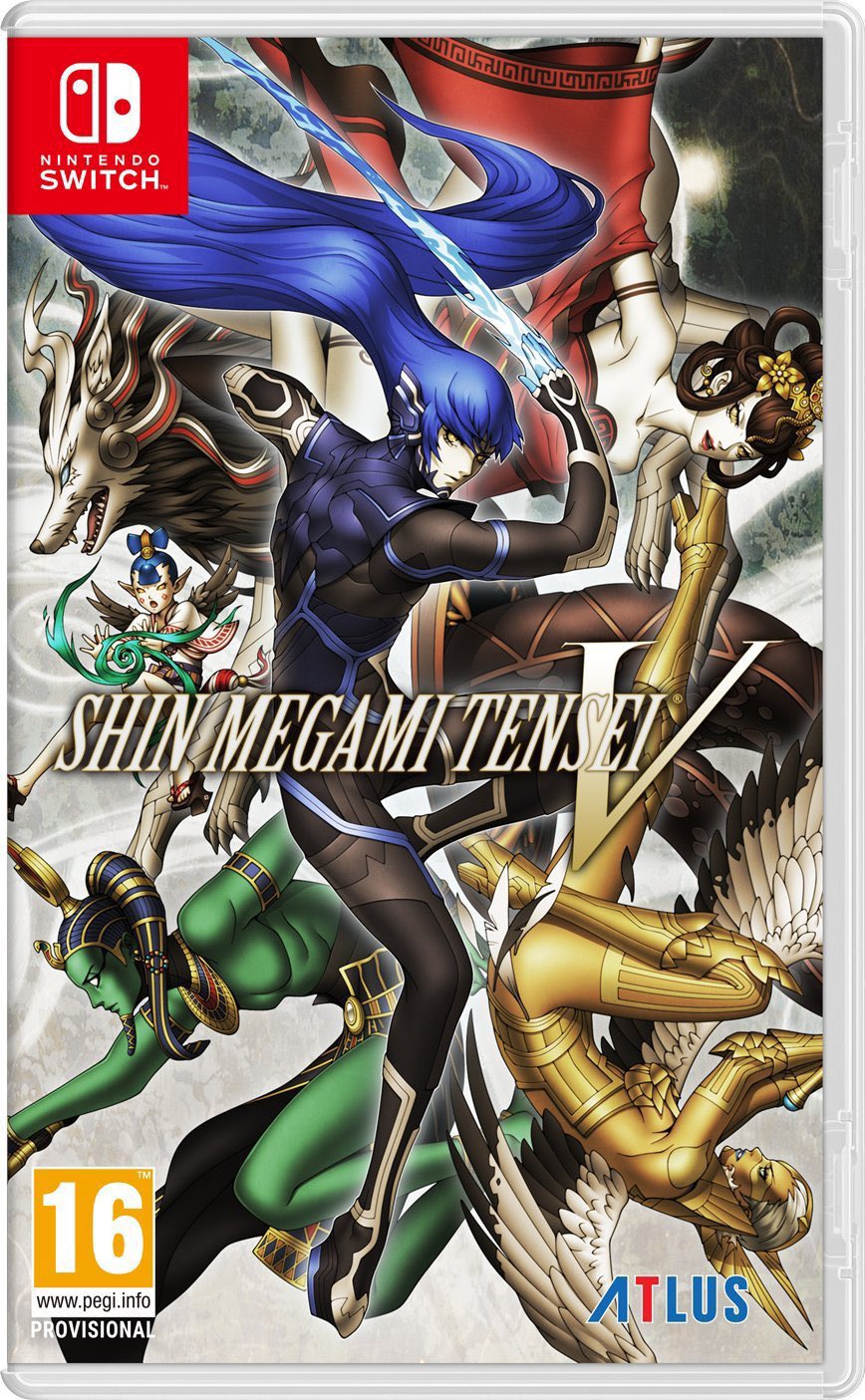 Those heavily monocolor demons are definitely reminiscent of the early SMT designs.
Inter faeces et urinam nascimur
You must log in or register to reply here.