It seems that the forces of decline, AKA the American Education System triumphed over the incline brought by Grimoire.

You sapes don't Ben have an inkling of understanding of Justice, do you? You cannot do Grimoire justice by rushing through it. It must be savoured like a fine wine. Wait, and th INCLINE shall arrive, young followers.


Pretty much what Eriador said

So, when will the Grimoire LP superdemo be released?

Eriador said:
So, when will the Grimoire LP superdemo be released?


SOON FRIEND! INCLINE COMES TO THOSE WHO WAIT

We're back bitches! So, about this. It was dead. I don't know what happened to my last save for this, but honestly, from what I've seen so far the game is changed enough between release and now that maybe they wouldn't have maintained compatibility. 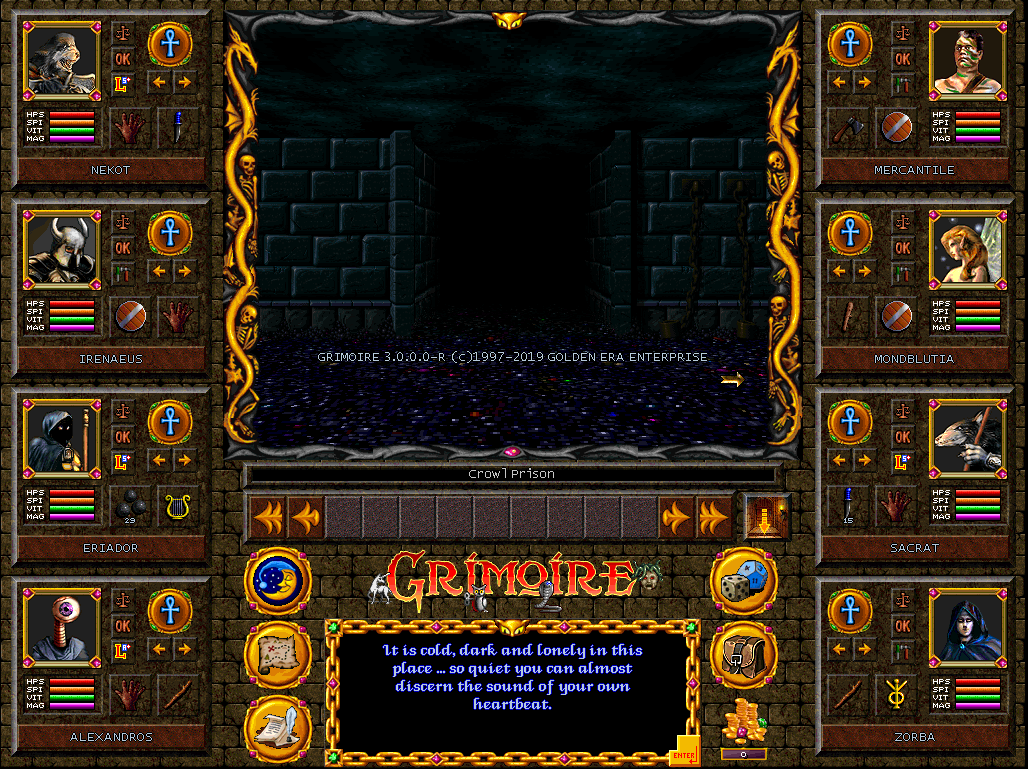 So I made sure to try to remake the characters as they were before. Only difference is, I'm pretty sure that I got far greater bonus rolls on these characters so they're actually capable of surviving the crowl prison. 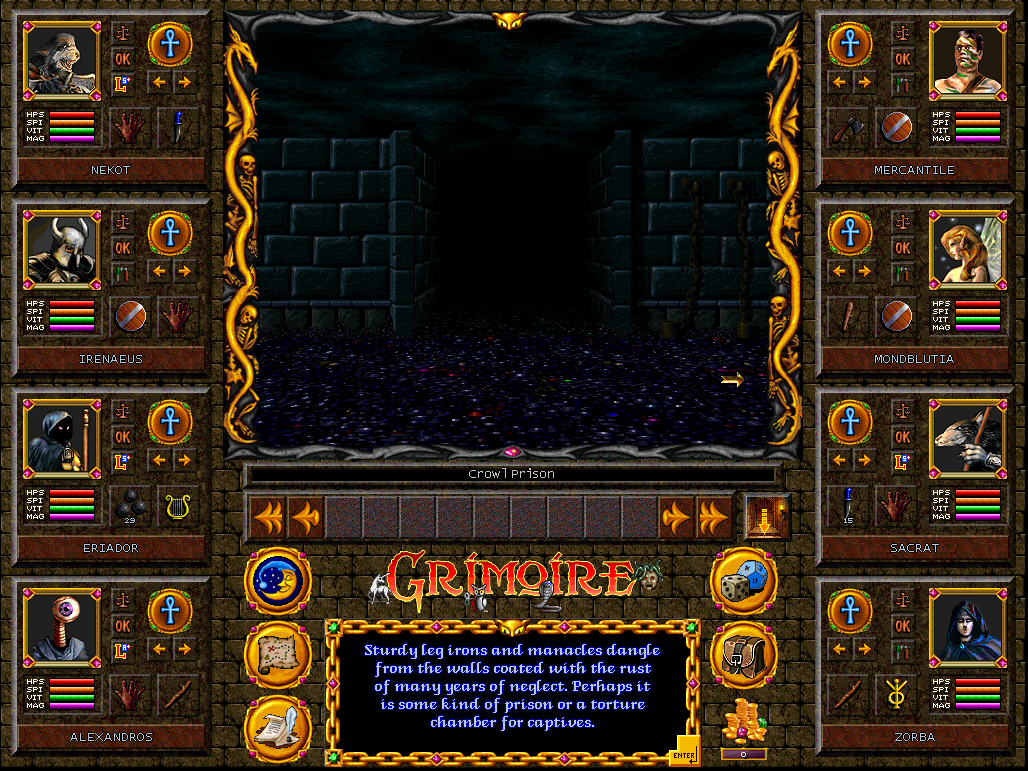 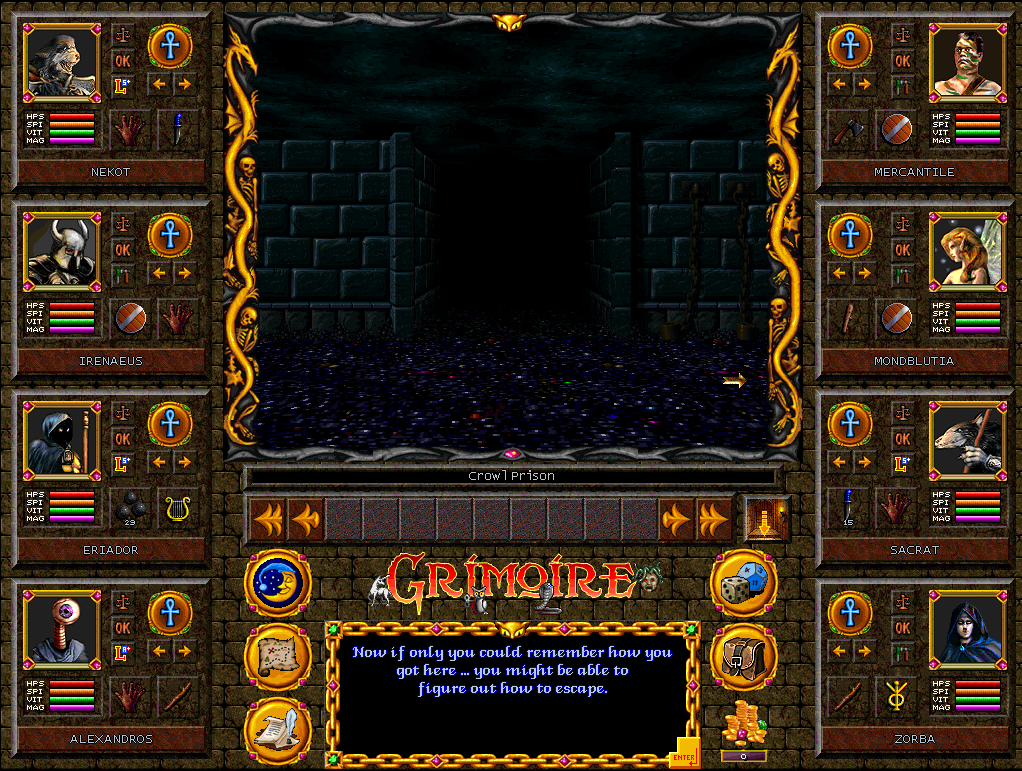 So, at this point, I'm pretty sure that these guys had their drinks spiked and were dragged to Cleve's rape dungeon underground bunker. 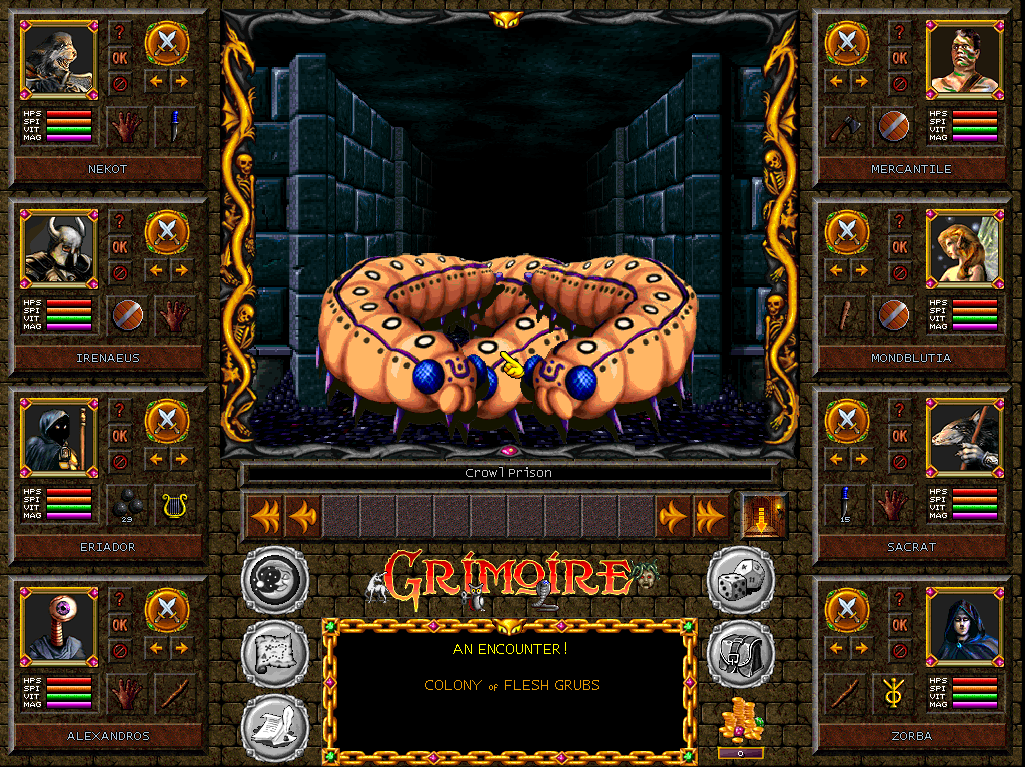 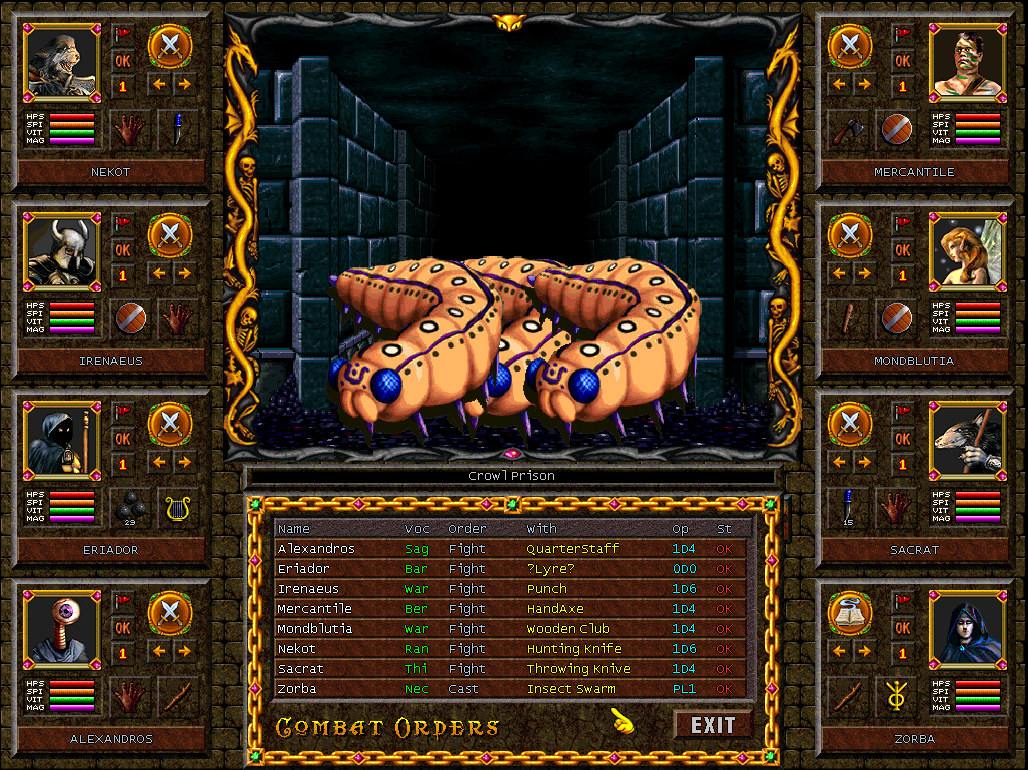 I go with this combat selection for this round. Let's hope it works out better than before. 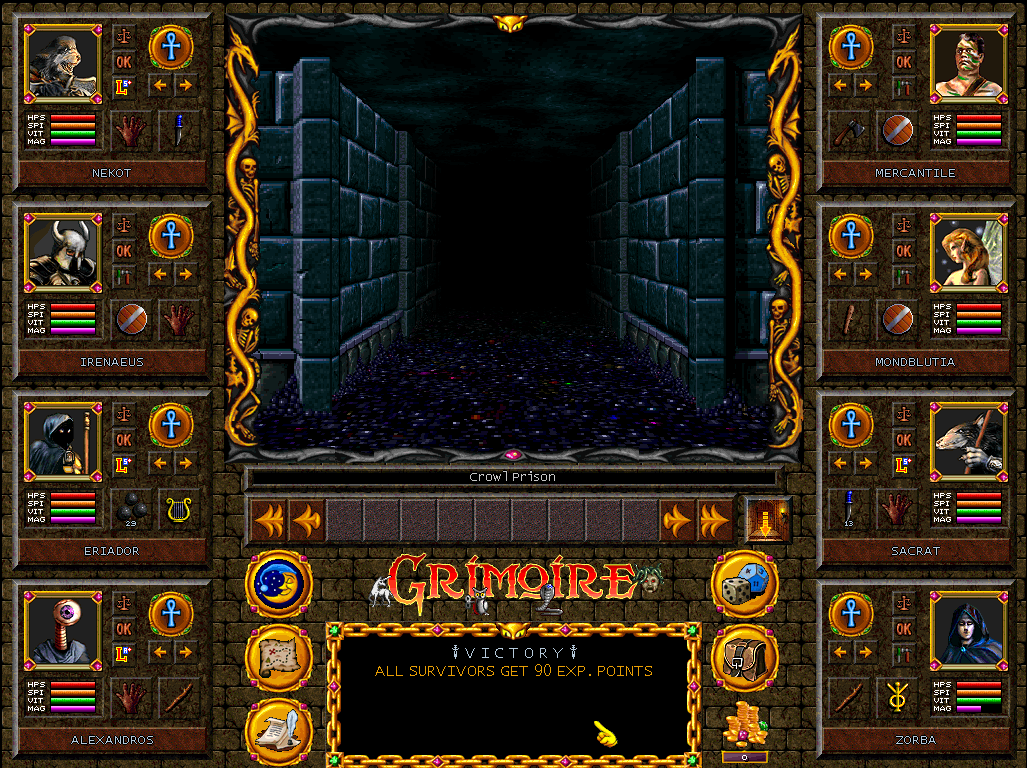 Damn! Either I rolled completely shit characters before, or the game was made a lot easier in successive updates. 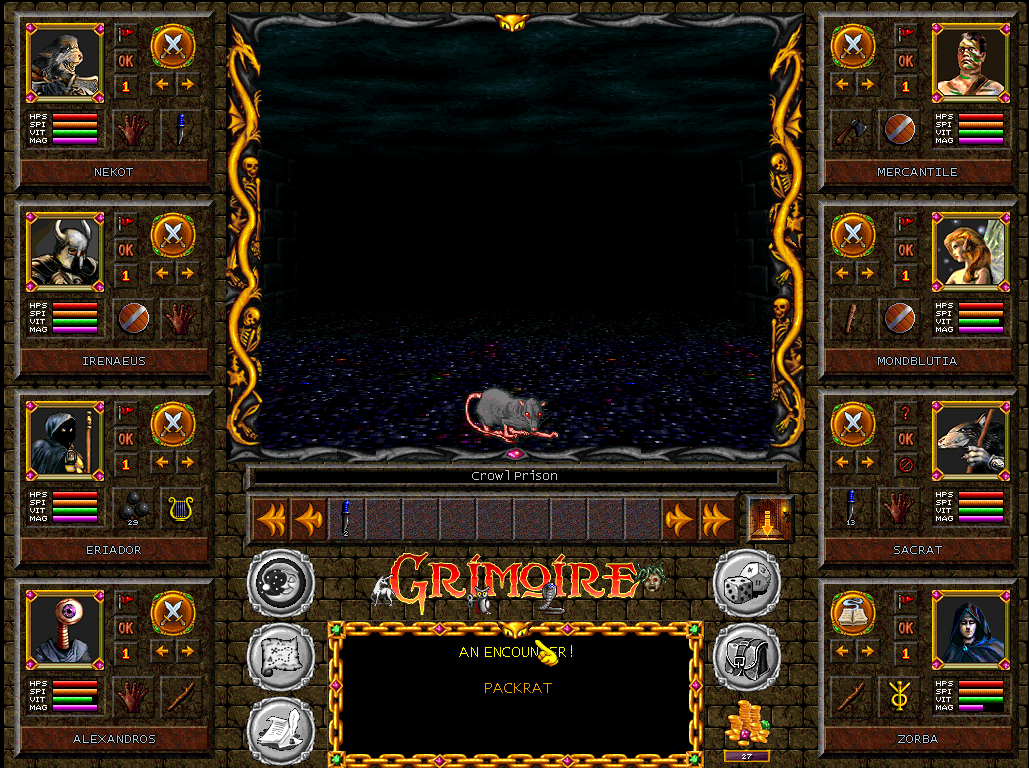 A few feet later we encounter a single rat. That's it. This is officially an RPG. It starts you fighting rats in a basement. 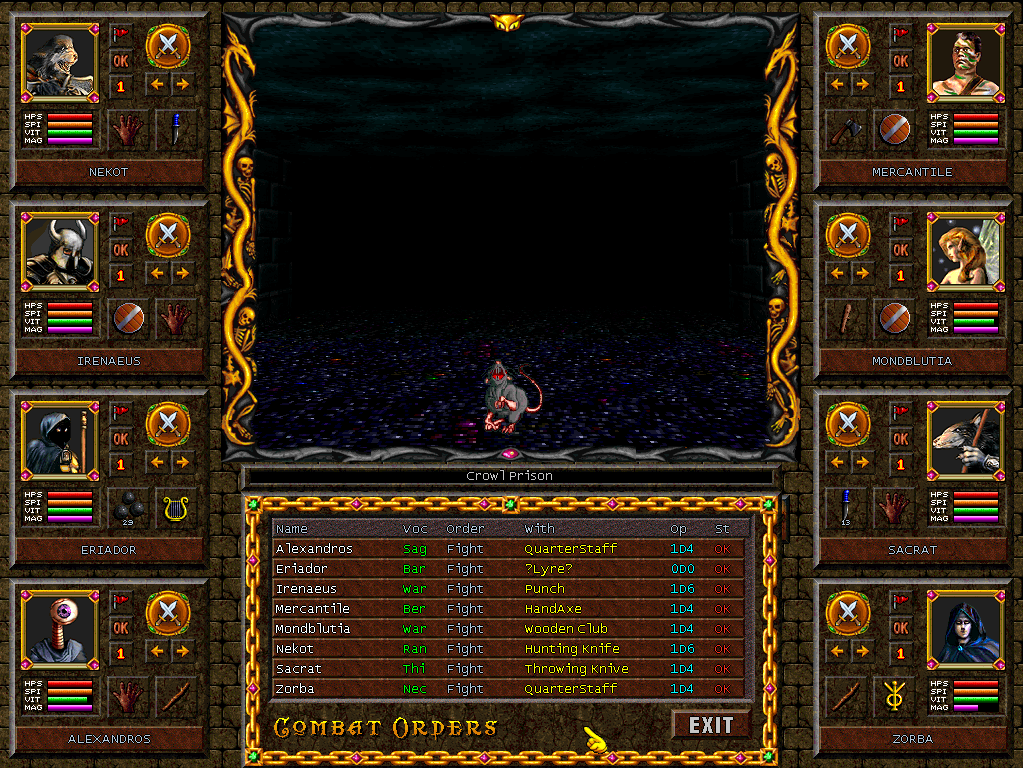 Let's hope beating it to death works. It's just a rat after all. 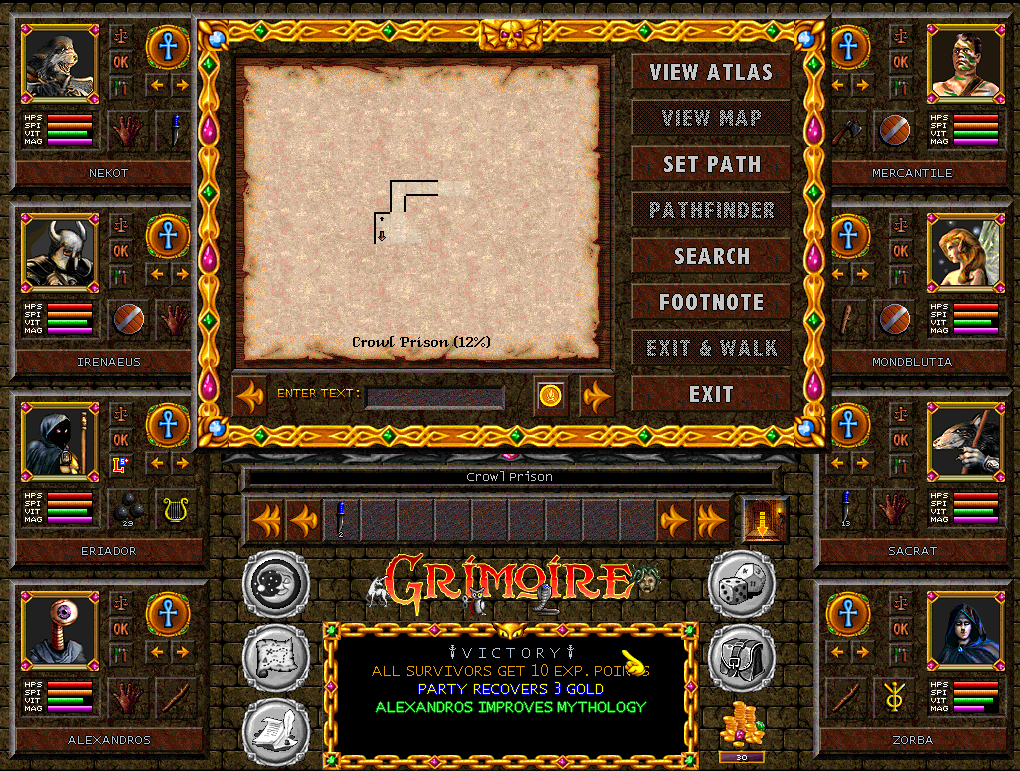 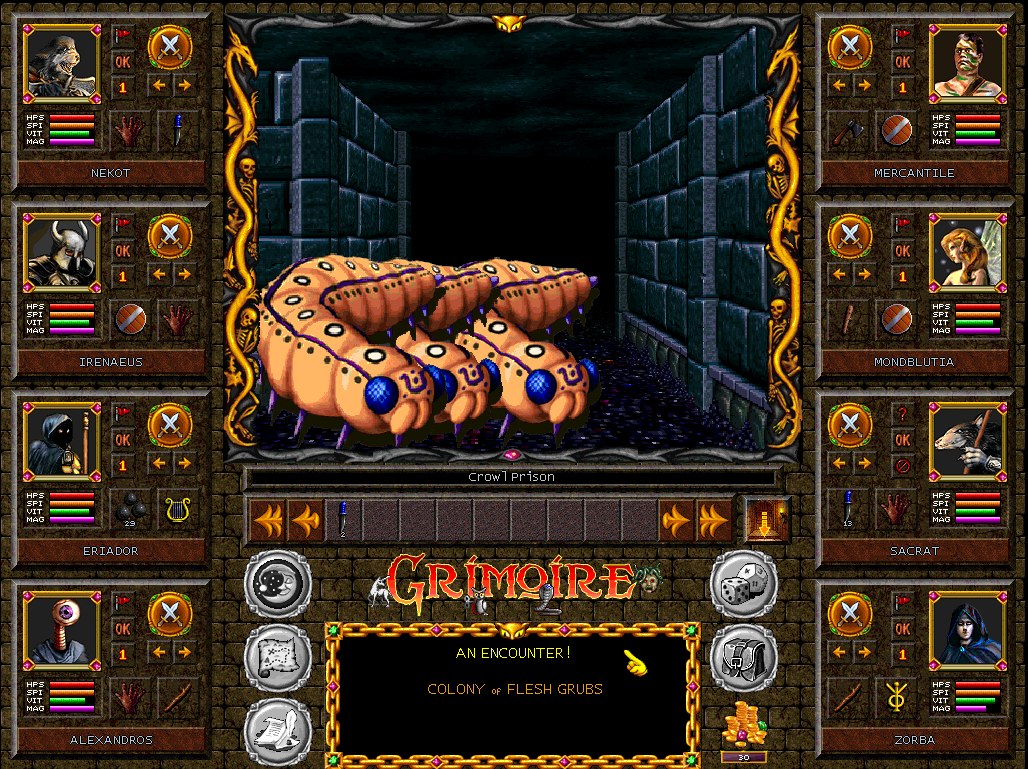 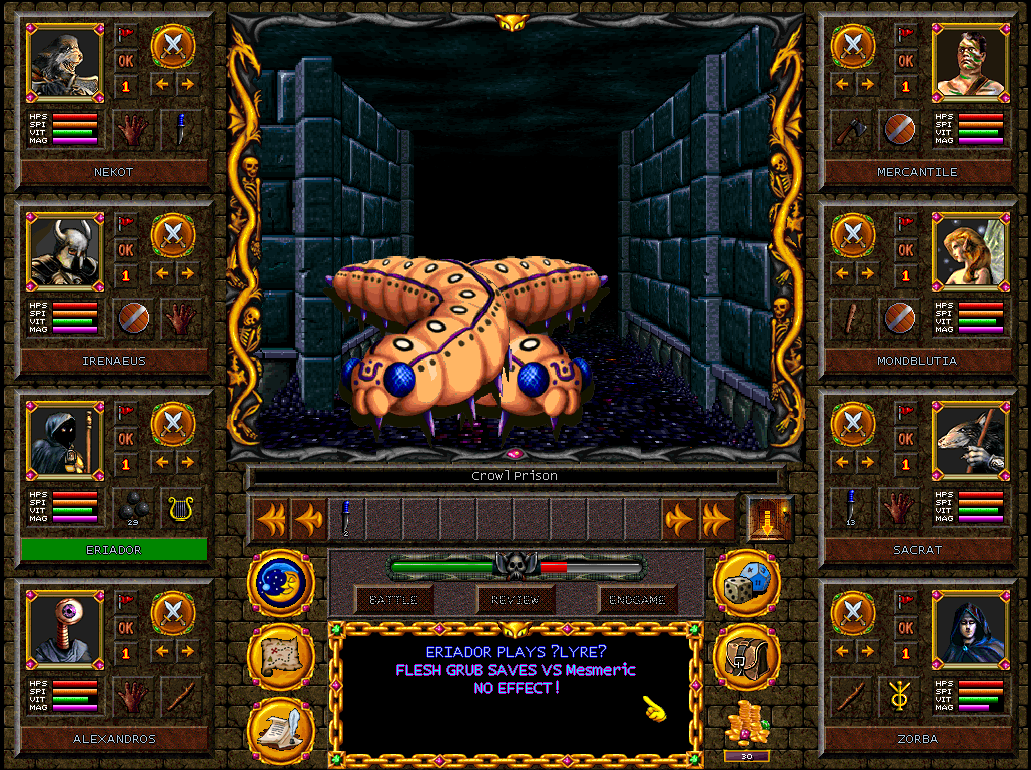 Eriador is so bad at playing the guitar that even worms dislike it. Goddamn dude. Maybe a profession change is in order. 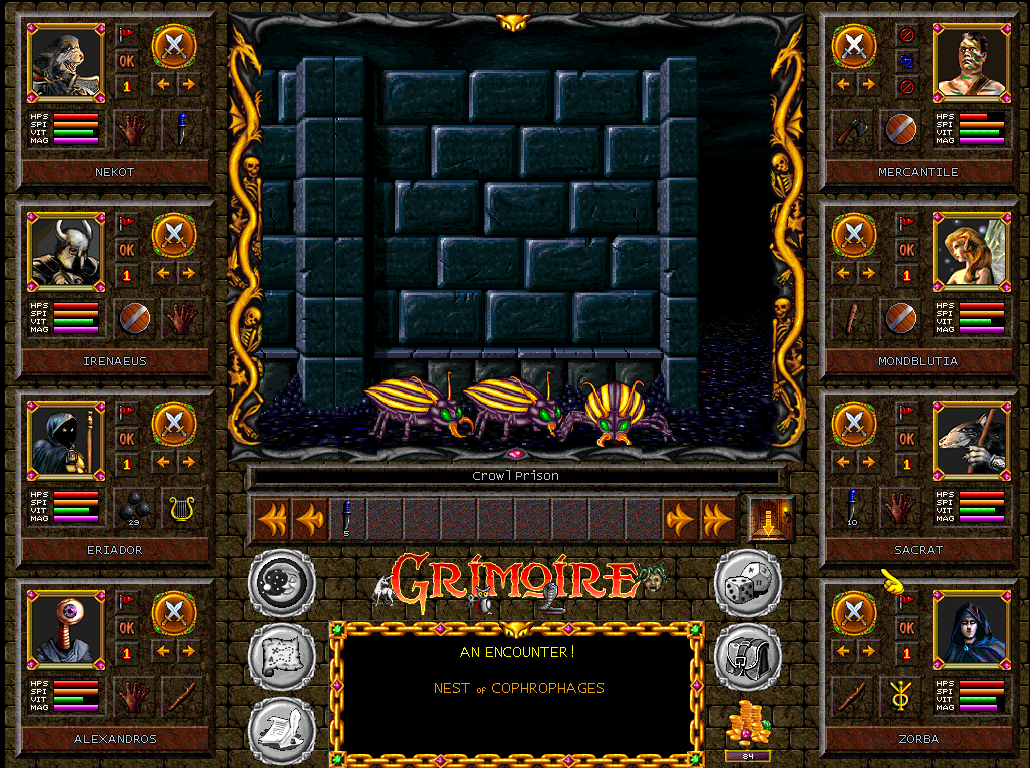 Alright, bugs. Shouldn't be too bad. Also, Merc got slept at some point. 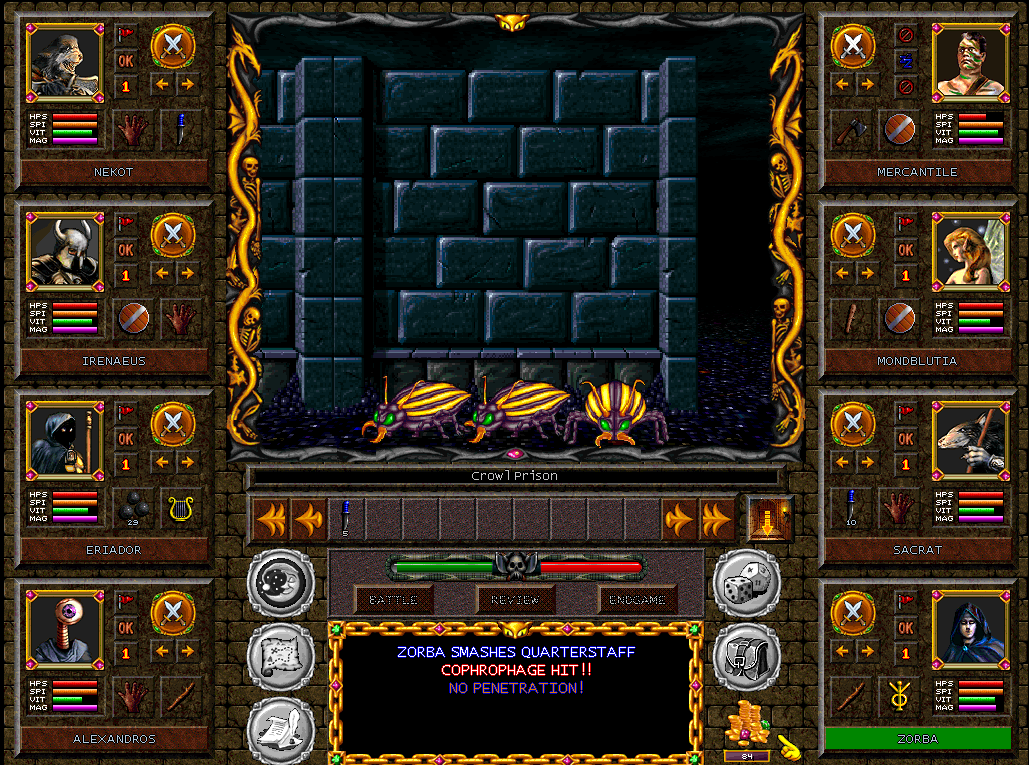 And here we see the perfect description of my love life. 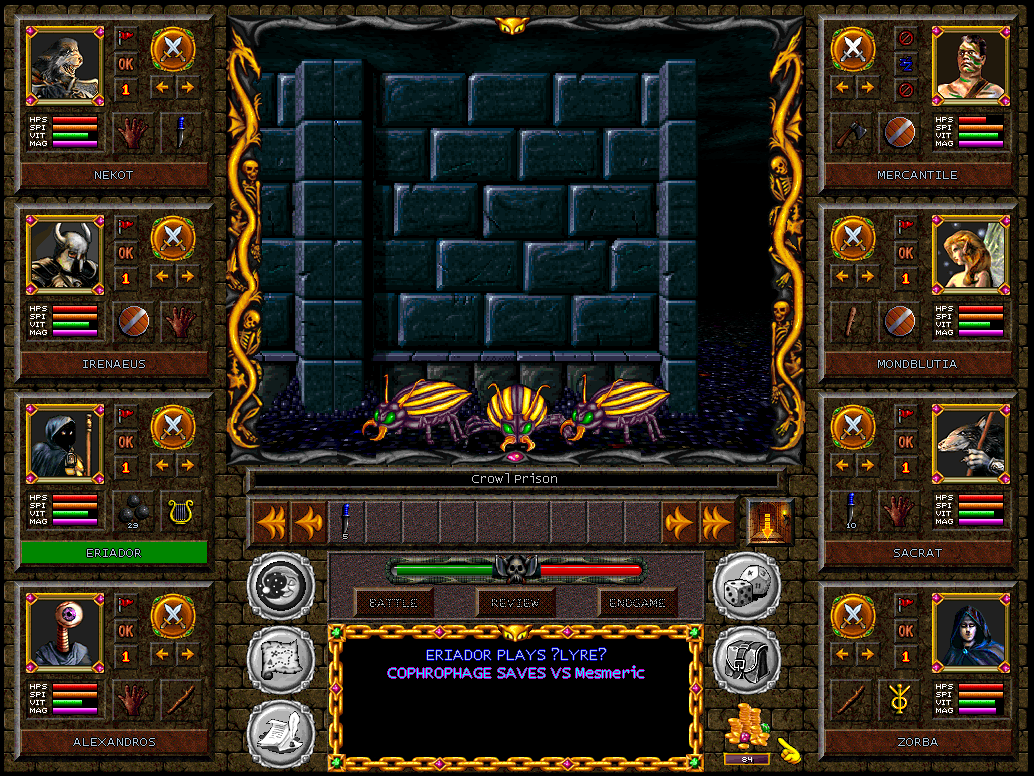 EVEN BUGS DISLIKE YOUR MUSIC BRO. 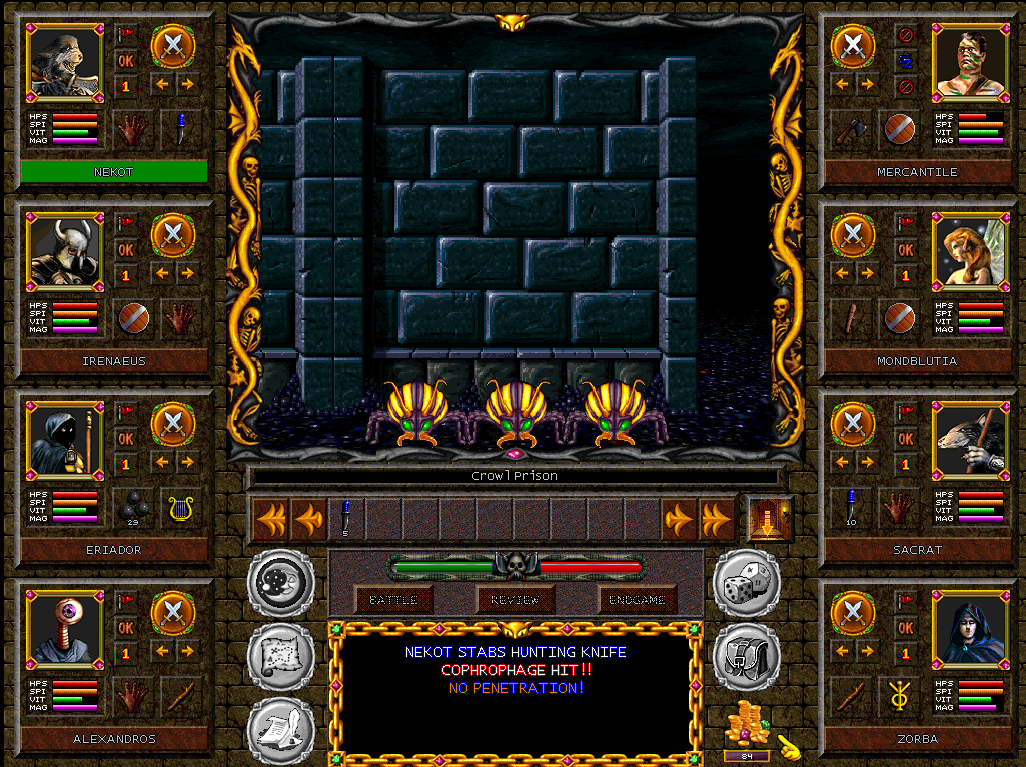 Okay so these fucking bugs are the bane of existence apparently. Nothing we do can harm them. 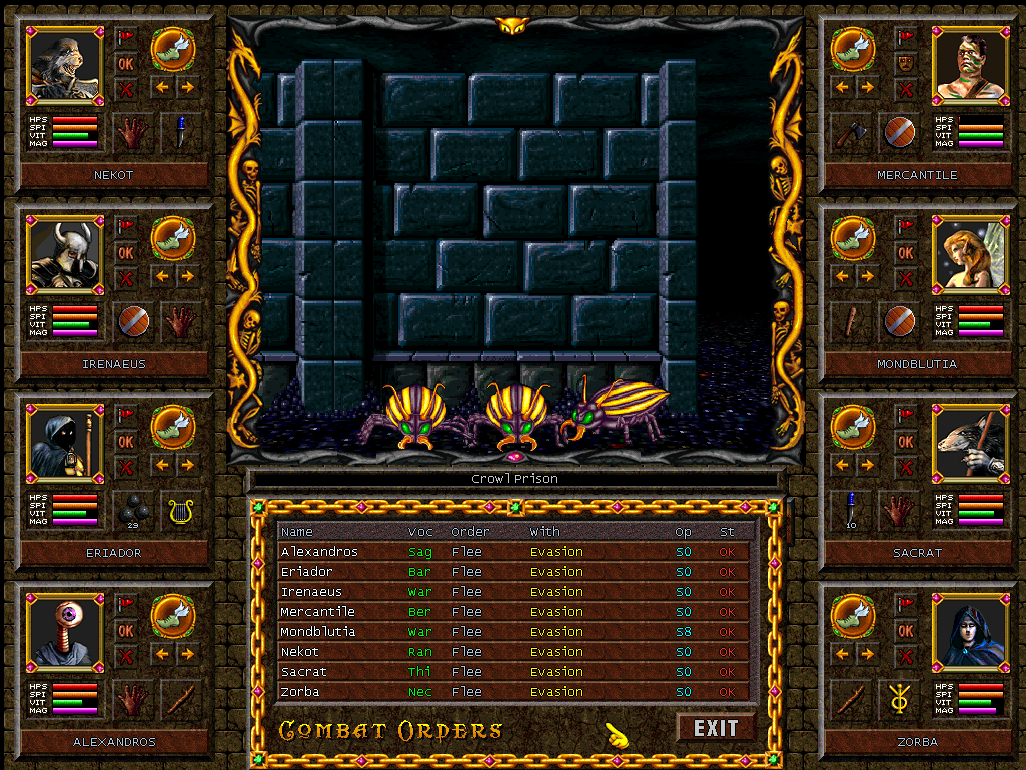 Codexers may be autistic, but even they know when to flee to fight another day. 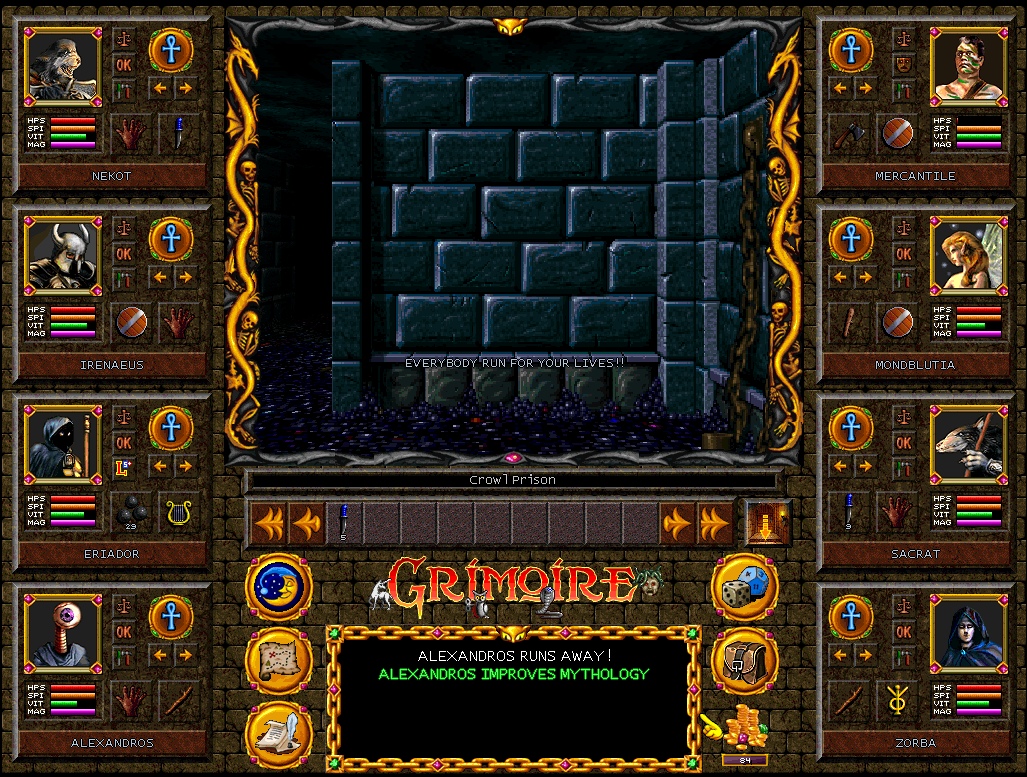 Bravest men of the highest caliber, obviously.
Also, Alexandros increased his mythology skill. I'm taking that to mean that he recorded that flight. Forever will history remember this moment.

One of the updates give a bit of a nerf to Bards. They are still powerful, but need to have about 20 in their music skill to start seeing success from playing instruments. So first couple of levels, they might be ineffective.
Stellar constellations rise, lighting my way in the night
Once again revitalized, to roam;
to never die

Oh wait, that's what we voted for, including yours truly! Nevermind then, please continue on

More like Halley's Comet wink wink
All ELEX to the Hybrid!
You must log in or register to reply here.