It looks like the leak about 2K’s upcoming line-up was on the money, or at least the bit about there being a Borderlands spin-off inspired by the Tiny Tina’s Assault On Dragon’s Keep DLC from Borderlands 2.

The announcement trailer started off Thursday night’s Summer Game Fest livestream and described itself as a high fantasy take on Borderlands, and something separate to the existing titles in terms of story.

Wonderlands seems to very much be a feature length version of Tiny Tina’s Assault On Dragon’s Keep, with a setting that’s a parody of Dungeons & Dragons but gameplay that’s still very similar to Borderlands.

Instead of pre-sets you’ll be playing as your own custom character, with Tiny Tina herself acting as the game’s equivalent of a Dungeon Master.

Much was made of the voice cast, which includes Ashley Burch in her usual role as Tiny Tina, along with Andy Samberg from Brooklyn Nine-Nine, BoJack Horseman himself Will Arnett, and Black-ish star Wanda Sykes.

The most annoying character in Borderlands gets a spin-off...voiced by assorted cunts.

the borderlands 2's d&d dlc was a fan favourite. they're probably trying to do it again.

MadMaxHellfire said:
the borderlands 2's d&d dlc was a fan favourite. they're probably trying to do it again.
Click to expand...

Polls indicated that, but I never understood why.
It had even worse writing than normal, the enemies were annoying and the level design was terrible and no one ever wants to play it in co-op.

The last DLC of Borderlands 2 had two advantages: It was the biggest one and the one with the biggest variation on enemies and scenarios, the writing was awful as expected but seeing how Borderlands 3 turned out, if they managed to reach that level of writing again, it would be a big improvement.

Oracsbox said:
It looks like the leak about 2K’s upcoming line-up was on the money, or at least the bit about there being a Borderlands spin-off inspired by the Tiny Tina’s Assault On Dragon’s Keep DLC from Borderlands 2.
Click to expand...

Not necessarily. The name was trademarked a bit ago, so it was an easy guess for anyone to throw on their fake leaks. The fact the leaks claim mention nothing about it being fantasy and talk about it like it's a normal borderlands game puts doubt into it.

MadMaxHellfire said:
the borderlands 2's d&d dlc was a fan favourite. they're probably trying to do it again.
Click to expand...

Polls indicated that, but I never understood why.
It had even worse writing than normal, the enemies were annoying and the level design was terrible and no one ever wants to play it in co-op.
Click to expand...

I liked the Torgue DLC, felt it was over the top and humorous in a way that Borderlands should be.
Non-post apocalyptic Sci-Fi RPG thread
List of RPGs with base management mechanics
The definitive, authoritative, and probably non-exhaustive list of non-(IBM) PC cRPGs

Clearly it belongs in GRPG. It even has dragons!

It has black people with dreadlocks, so it belongs wherever it wants to belong, shitlord.

I had no idea Andy Samburg and Will Arnett were game designers.
Code:

I have no idea what anyone said in that trailer, I look forward to the rest of the game dialogue being in a similar high-pitched cretin. 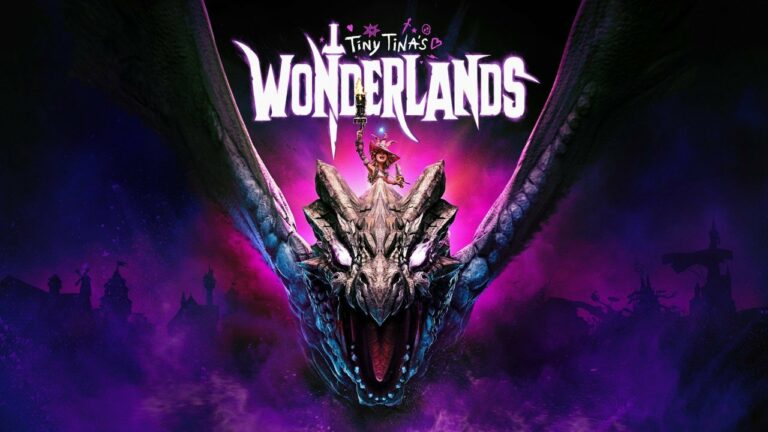 I prefer the original 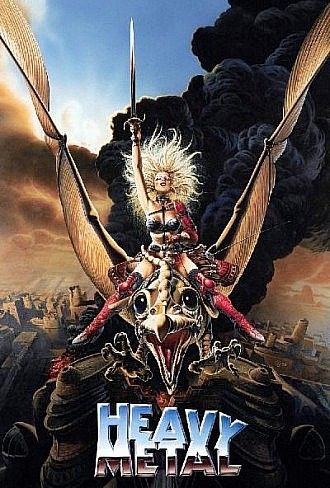 Isn't turning Borderlands into a fantasy game kind of...missing the point? Isn't the appeal a funny sci-fi setting with millions of guns? Or a FPS-style Diablo-clone? I guess its still the latter, but I feel like I've seen a lot more fantasy parody stuff than sci-fi, so I'm willing to bet most of the jokes are ones everyone has heard before.
The shooting game addict blog.

Borderlands stopped being funny after the first game, any attempt at comedy in this game will be horrific.

Borderlands 3 had some of the worst writing I've ever witnessed, I believe they will double down on that with the added factor of more of Tiny Tina.

Oracsbox said:
Borderlands stopped being funny after the first game, any attempt at comedy in this game will be horrific.

Borderlands 3 had some of the worst writing I've ever witnessed, I believe they will double down on that with the added factor of more of Tiny Tina.

The guy in charge of the game is also a progressive twat
Click to expand...

Might pick it up when it's dirt cheap. Borderlands 3 had much improved gameplay compared to 2 so as long as they don't fuck it up and go back to 2 as their guide it'll probably be an alright time waster.

Would doubt it since it's homage more than anything. Just a shame that they're trying to bring Heavy Metal to mind when the game won't be anywhere near as fun. Slide aside on Chris Achilleos which is kinda cool, got a pile of artbooks of him and in one he's got Ray Harryhausen brofisting him by writing a forward. Which is well deserved since Achilleos does some great fantasy art, especially cheesecake, I just didn't expect the direct kudos of Harryhausen like that.


Oracsbox said:
Borderlands stopped being funny after the first game
Click to expand...

That's pretty much true, even though I did enjoy Handsome Jack in 2 (One of the few parts of 2 I did like). The first game also wasn't all THAT funny but it struck a much better balance of grim shitty world and setting with humor sprinkled on top, while all subsequent games just go full-humor. Though the Telltale game was surprisingly good it also lost the tiny tiny bit of grit the first game had. Fortunately even though the writing and story is shit in 3 I did quite like it as a first person loot whoring game since it did away with the stingy drops of 2. In fact 3 gets overly generous if you play on the cranked up difficulty and becomes way too binary between viable builds and shit builds. Still wouldn't say 3's a great game but for that $15 price fuckup for the ultra deluxe complete diamond of the year edition It's pretty alright.
https://steamcommunity.com/id/multiheadedcow/

The shooting and gameplay is poppamole fun I don't deny that, it's just the writing is incredibly bad and Gearbox is full of hypocritical globohomo cunts at high management level.
Last edited by a moderator: Sep 10, 2021

There's incredible pressure to be "globohomo" through the ESG investment ratings. Environmental, Social, Governance: if you were wondering.
https://internationalman.com/articles/doug-casey-on-the-rise-of-woke-companies-and-esg-investing/

NGOs and banking cartels signal all of their allies, globally, to prop up "virtuous" businesses with one simple tool. This way there's no need to create an overly complex communication channel to the executives of every investment firm. It's Deus Ex shit, or really Human Revolution shit.

Since keeping your ESG rating high doesn't have (many) drawbacks, your average corporate suit is going to bend over and show his bussy as hard as he can no matter what his personal views.

So no, bigger studios are never going to produce anything of note in terms of narrative, characters, or dialog. Even small studios will probably fall in line once they start to put up numbers.

Patrice O'Neal said:
Men working with women in the workplace are like grizzly bears working with salmon dipped in honey.
Click to expand...

DragoFireheart said:
"Hey guys, remember that time Obsidian caved in to some SJW fuck and self-censored themselves and their backers?"
Click to expand...

Oracsbox said:
The shooting and gameplay is poppamole fun I don't deny that
Click to expand...

Is this the gayest game ever made ? 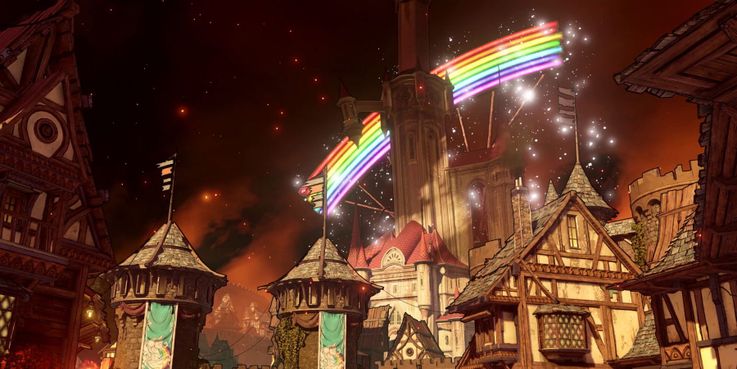 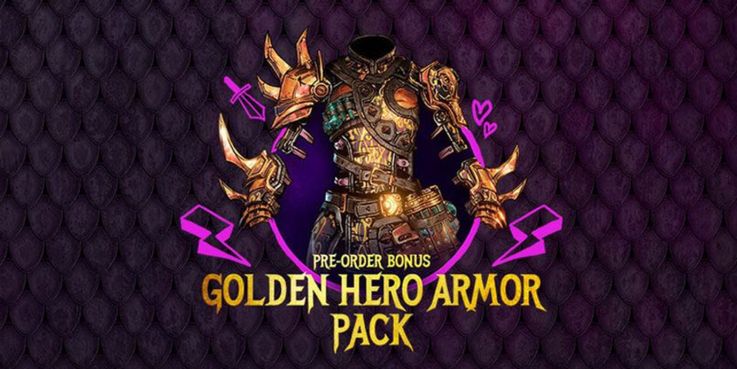 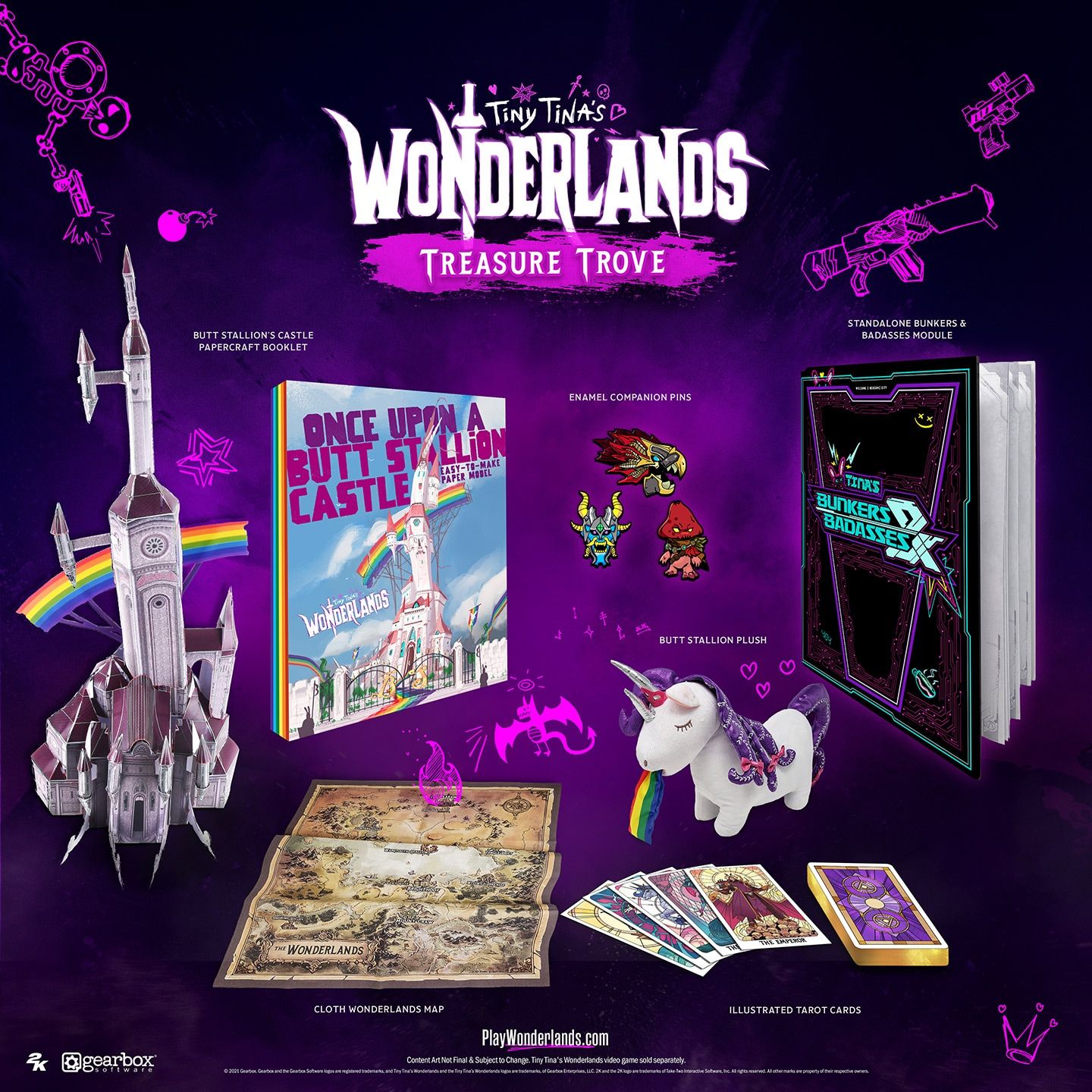 Collector's edition for Tiny Tina's Wonderlands called Treasure Trove. This is purchased separately, and it does not include the game

It stays in the containment zone for PC for another six months. I say this is a win for everyone who isn't a friend of female comedy (comedians).
Busin 0 Wizardry Alternative Neo Translation / Guide

Funnyness aside, Borderlands 2 was a much better game than Borderlands 1. Gameplay declined in the two games after that.

What I want to know is why they didn't decide to simply make this an expansion for Borderlands 3? The game is totally lacking in post-launch content. Borderlands 2 has five full expansions (one of which is lackluster), ten raid bosses (plus what is essentially a raid scenario if you include digistruct peak), two extra playable characters, five smaller headhunter packs (some of which add a lot of value to the game despite being quite short), OP levels, and multiple extra loot rarities (pearlescent, seraph, rainbow). Borderlands 3 has four full expansions (two of which are lackluster), three raid bosses, and... that's it. Drastically decreased raid count, only two good expansions, no extra characters, no headhunter packs or equivalents, no OP levels, and no extra/new loot rarities (not even pearlescents make a return).

Wonderlands will probably be decent, as it just looks like more Borderlands 3 with some slight changes, but I think it's probable that it will have the same lack of post-launch/endgame content that Borderlands 3 has.


Peachcurl said:
Borderlands 2 was a much better game than Borderlands 1.
Click to expand... 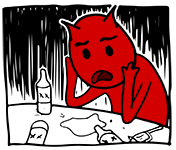 What I wonder about is whether they'll bother to develop a user interface that is not complete and utter shit.

Peachcurl said:
Borderlands 2 was a much better game than Borderlands 1.
Click to expand...

Unless you actually played with other people, in which case maybe that's true. I doubt it because tying a lot of the uniques to specific enemies with the expectation that you want to farm them to get drops is a terrible idea even with other people, but maybe. Though I know they still tied some drops to enemies in 3 but they made the general drop rate a lot higher and more like it was in 1 so if you just wanted to shoot things and watch numbers grow you could do it. Guess that could be another difference, people who want to get super into Borderlands and minmax builds and live the game VS people who just want a casual time waster. Which is also why I like Diablo 3 so much since it's the best casual loot whoring game by a mile.

Mystery solved, budda buddas retracted.
https://steamcommunity.com/id/multiheadedcow/
You must log in or register to reply here.