Decline What is AAA?


That question needs its own thread and poll.

So what is it?

Because there is nothing like statistics in the morning. Hey.

Also suggest more poll options.
"What is the sound of one hand clapping?" - Hakuin

They're the smaller batteries that my GameBoy Pocket uses.
Signature

i guess its about graphix, voice overs and running on all devices really.

Otherwise grab minecraft: probably largest budget of all games? Yuge team right now doing whatever. Largest number of copies sold. Yet no one would consider it AAA

Now this is autism.

Location
Perched on a tree

The term comes from credits notation, how much nations are bankable and it doesn't inspire confidence.

And then there's the result of those supposed AAA production which is lowest denominator gameplay elements, shiny 3D graphics and little depth.

Thanks but no thanks, I never bought any of this supposed big studio cow shit since the AAA term is used but I bought many of the former big RPG studios, before the mass marketing bullshit, when quality was the goal.
So, former big studios like Sirtech, New World Computing, SSI and Microprose got my money and I would keep throwing them money if they were still around with the same goal (developping good games) but I'll never give one cent to those new "AAA" moneymakers with cow shit.

Brah.
"What is the sound of one hand clapping?" - Hakuin


In the post mortem for No One Lives Forever 2, which came out in 2002, Craig Hubbard called the production an AAA one:

"NOLF 2 was completed on time and on budget, evidence that an AAA title can be developed in 18 months with effective scheduling."

So AAA means being in the upper echelon of the sum you are investing in a game on that particular point in time. Wing Commander 4 in 1996 had a $10 million budget. Ultra AAA and a budget 99% of game companies didnt even dream about. Myst 2 in 1997 had $20 million budget. Eye wattering for the time. Other games were made for $500K at the time. Today that sum would be i'd say above 100 million

AAA classification is all about the Benjamins. 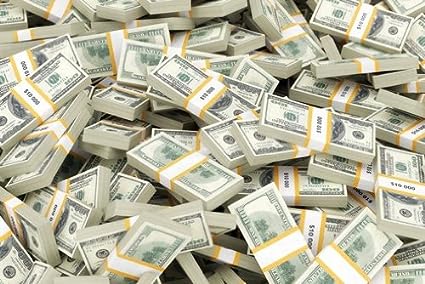 The sound I make when I see such threads created by 'tarded newfags.

The keyboard on my coffee table has used the same AAA batteries with the same single charge since June of 2018. It is used every day. Meanwhile, the lithium ion batteries in my controllers and mouse are lucky to hold a charge for a few days of moderate use. People who say modern controllers should come with the batteries built in are completely delusional.
Last edited: Feb 23, 2022


This is all there is to it.

There will be lots of expensive art assets, animations, special effects, decals, music and sound, voice acting, motion acting, et cetera. This skyscraper of assets is expensive because they're of approximately professional quality, and the sheer bulk of it all will require hundreds of thousands of man-hours to produce—but the actual artists, musicians, voice actors, and especially the "I want to work in games" developers (i.e., Nintendo fans and Bernie voters) will be earning mediocre salaries and working unholy hours.

Only actual programmers will earn real money and negotiate non-shit hours, because otherwise they'd leave immediately and work in the business sector.

The most senior corporate officers, major shareholders, and (to a much lesser extent) chiefly parasitical "managers" and "directors" will actually receive almost all of the profits. This is exactly like Hollywood, minus the often significant cost to sign on superstar actors (unless superstar voice actors or superstar cameos are used)—but at the end of the day, that is just another expense, a drop in the bucket compared to marketing.

Absolutely not a single good game of any kind in the history of computer gaming has been made in this fashion, at least not outside of Japan... and that's only due to Japan's unique business culture (and the ability to create good "AAA" games within this culture is largely a thing of the past).

I don't think ANYONE at this company would claim it is perfect, it isn't. I have been vocal and consistent about problem areas here
Click to expand...


*sounds of Anthony Davis's health insurance documents being shredded in the background*
Click to expand...

Zboj Lamignat said:
The sound I make when I see such threads created by 'tarded newfags.
Click to expand...


This is a serious, scientific investigation of the phenomenon of AAA game development.

AAA game development is an important, stylized fact of the modern world. It is a fact, however, that is tragically undertheorized.

Here were are performing a historically significant experiment to determine the truth of the matter by simple democratic majority. Which is the most intelligent manner of learning the truth about something.
"What is the sound of one hand clapping?" - Hakuin

Darth Canoli said:
The term comes from credits notation, how much nations are bankable and it doesn't inspire confidence.
Click to expand...

actually the origin is much older and cheaper. a couple centuries ago newspapers (please bear with me, i know there's a single word or a short expression but i can't know everything in every foreign language. hell, most of you speaks less than a single language) sold ads to common people in the form of short sentences, published in alphabetical order. a short time later, they realized more money could be done by selling the A letter. they couldn't really sell a single letter which is also a proper word, not even two because AAron was a common name, so who wanted to and could pay more to have his ad listed before others paid for AAA.
so, etymologically, AAA stands for "whoever has the biggest marketing budget" and that's it.
what you're asking now is more like what expectations we have from an AAA title. i expect i'm going to see cutscenes, fully voiced dialogues, an unpractical consolized interface, checklist secondary activities, mediocre gameplay drowned into an ocean of repetitiveness.
pretty much only ubisoft relies on aaas now. rockstar and bethesda publish an average of one game every ten years, ea focuses more and more on multiplayers while rehashing sports games for as long as possible, take2's nba has become a literal slot machine, cdp lost all the reputation built before their last game and can barely push patches out now. who's left?

videogame produced with a hollywood movie budget
Click to expand...


Many videogame developers really want to make movies, but aren't talented enough so I guess that fits.

A trip to the dentists.
Forged when the world was young, and bird and beast and flower were one with man, and death was but a dream.......

In simple terms, ptooey ptooey, plane goes kablooey.
You were asking about Anti Arcraft Artillery? Can't be arsed to parse all this autism.
No good deed goes unpunished.

And a Hollywood movie woke message

Irata said:
Many videogame developers really want to make movies, but aren't talented enough so I guess that fits.
Click to expand...


Added to poll.
"What is the sound of one hand clapping?" - Hakuin


Science. Helping The Community discover Wat The People Think.
"What is the sound of one hand clapping?" - Hakuin

Anti-Aircraft Artillery
You must log in or register to reply here.