I'm working on a 3D traditional roguelike with the ambition of making it as accessible and intuitive to play as possible, while eventually growing to the emergent gameplay depth of classic RLs.
Everything is doable with the mouse, the inventory is drag and drop, and there are no convoluted key stroke patterns needed to do anything.
It's currently available in early access on itch.io, and the plan is to a steam release next year after it's been cooked a while longer. I'm releasing patches, bug fixes and graphical improvements as they happen, and doing a major content update every month. I'm planning to release a demo version next month along with v0.2.
I'm planning to really work on and polish the core of the game for a few months, before expanding everything outwards. I'm toying with the idea of having an ADOM like over-world with villages, NPCs and so on, but I want to get the dungeon crawling nailed before I start thinking about increasing the scope.

Link to the itch.io page 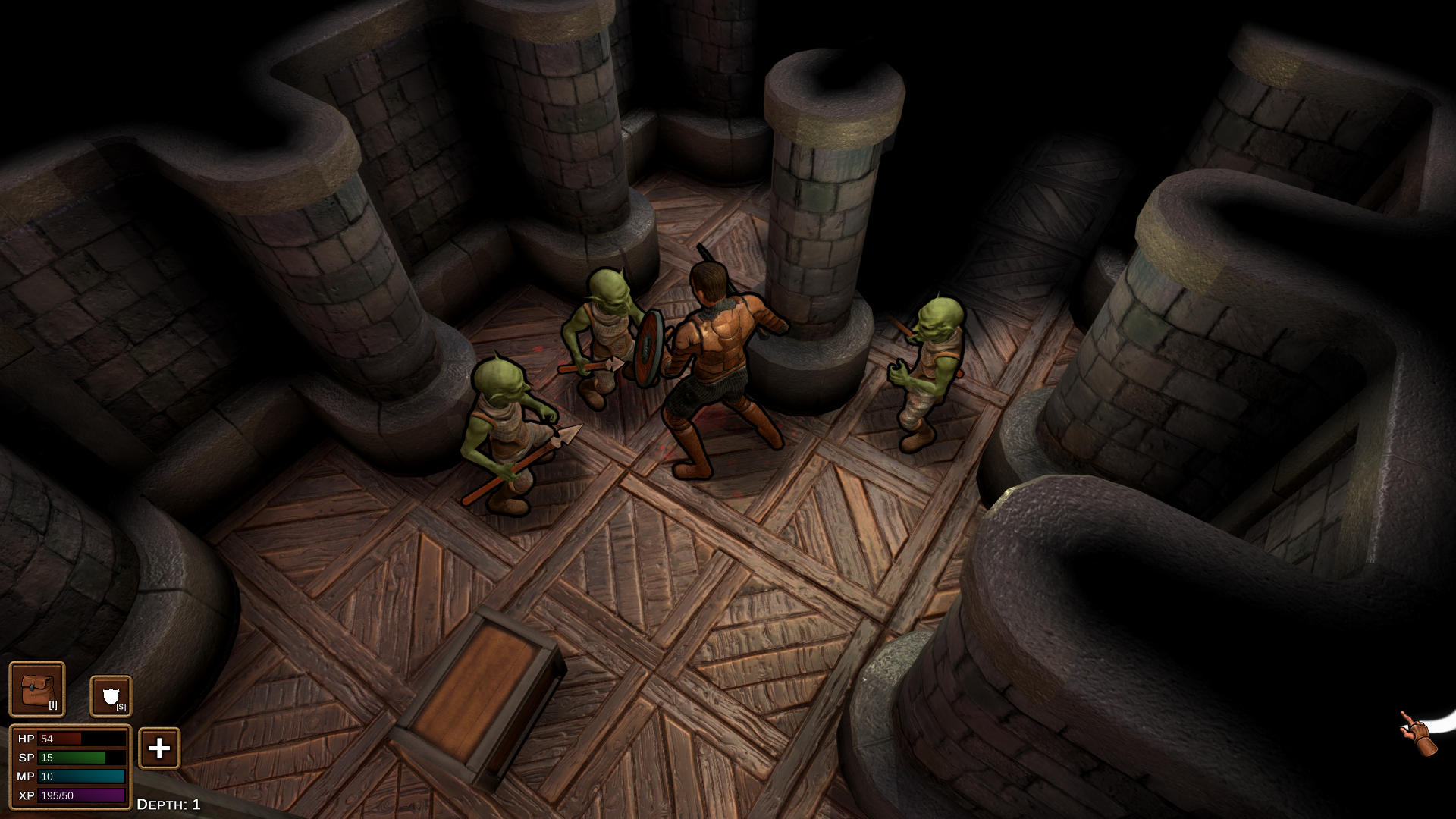 It looks great. I really like the are style. Any chance of getting an ascii mode? Sometimes I actually prefer playing roguelikes with ascii graphics.
You must log in or register to reply here.