Along some friends, I've been working on an immersive sim titled Peripeteia. It's heavily inspired by the usual suspects, including but not limited to System Shock 2 and Deus Ex. The MC is a cyborg named Marie, the story takes place in an alternate history Poland (so I just call it Perypetia). We recently released a trailer, please check it out.

We're especially proud of the inventory. Inventory tetris remains my favourite of all inventory management systems, so I couldn't resist putting it in the game.


Tell me what your impressions are. It's still very much a work in progress so any feedback is much appreciated.
And I hope you won't mind me coming out of the blue like that.
Last edited by a moderator: Aug 14, 2021

Okay lemmie know when it is up on steam/gog looks cool.
Endure. In enduring, grow strong. - Dak'kon

Interface art, character models, and animation looking pretty rough, but I'm interested.
Swen Vincke's words of wisdom: "I like Roguey's posts. I don't always agree with him, but I respect him."
A list of my favorite movies/shows for those who want to know but lack Library access; 25-33 minute JRPGs

Nerevar said:
Okay lemmie know when it is up on steam/gog looks cool.
Click to expand...

Sure, that's the dream at least. We currently only have an itch.io page, so when there's a public demo out, I'll post it here as well.

Indeed they are and we're on our way to improving them. The project started as a Ludum Dare thing and there's still some remnants of that. The UI, for example, will be completely redone. It was more adequate back then, now it sticks out. The models will be improved but we want to stick to that late 90s aesthetic reminiscent of the games that inspired us.

Shodanon
If you get somewhat competent modeller and animator (and manage to keep your vision - assuming you have it, which you might - straight) it might actually be interesting.

Sarathiour said:
Just because an act is labeled evil does not make it wrong.
Click to expand...

A conclusive proof that alignment systems cause brain tumours.

Looks interesting. I always thought somewhere in Eastern Europe would be a better setting for cyberpunk than the overdone L.A. or especially Tokyo.

Demo planned for the 29th of this month.

weee tetris i'm in; looking forward to the demo
No, I do not have a faeces or anus fetish 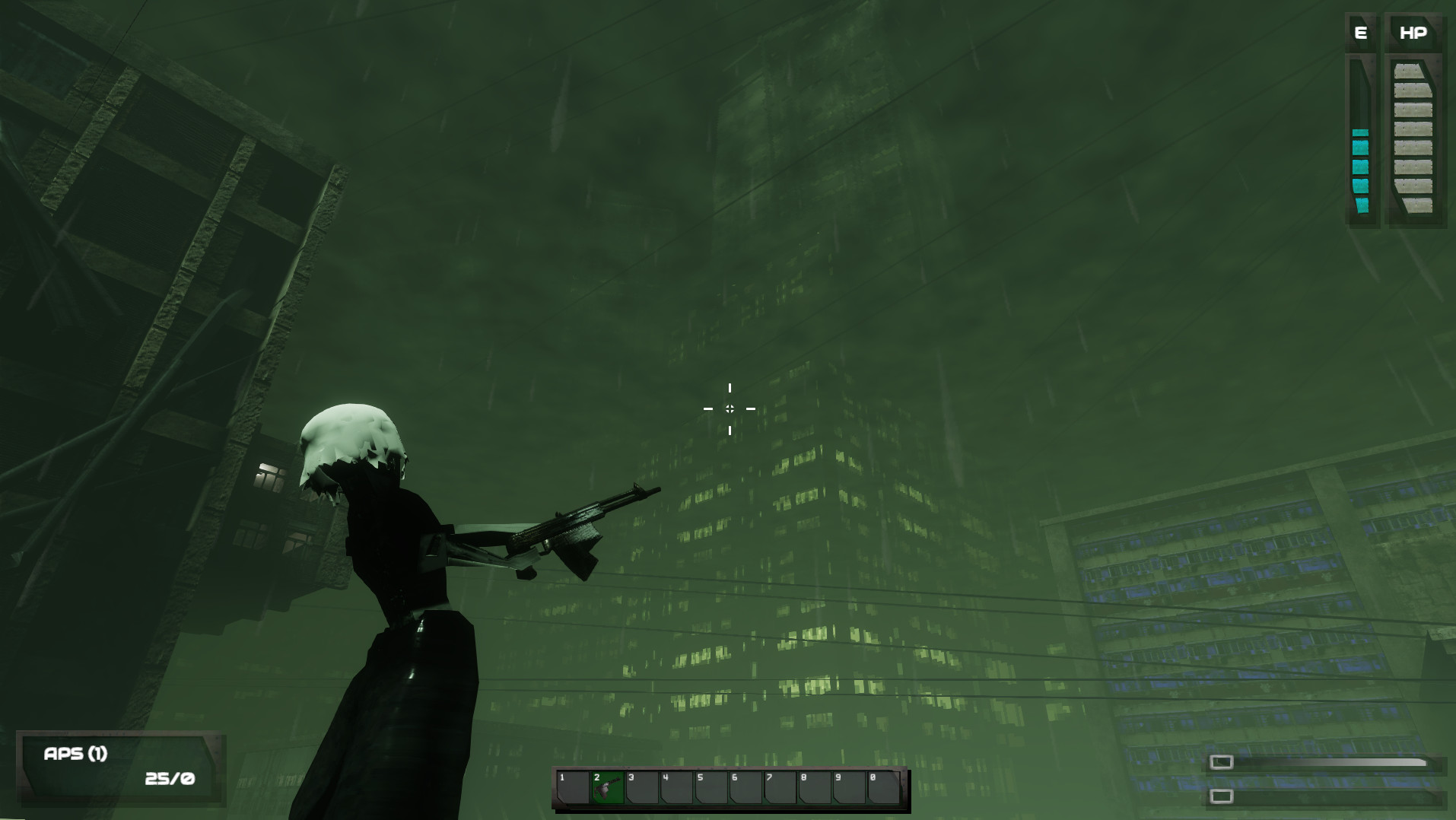 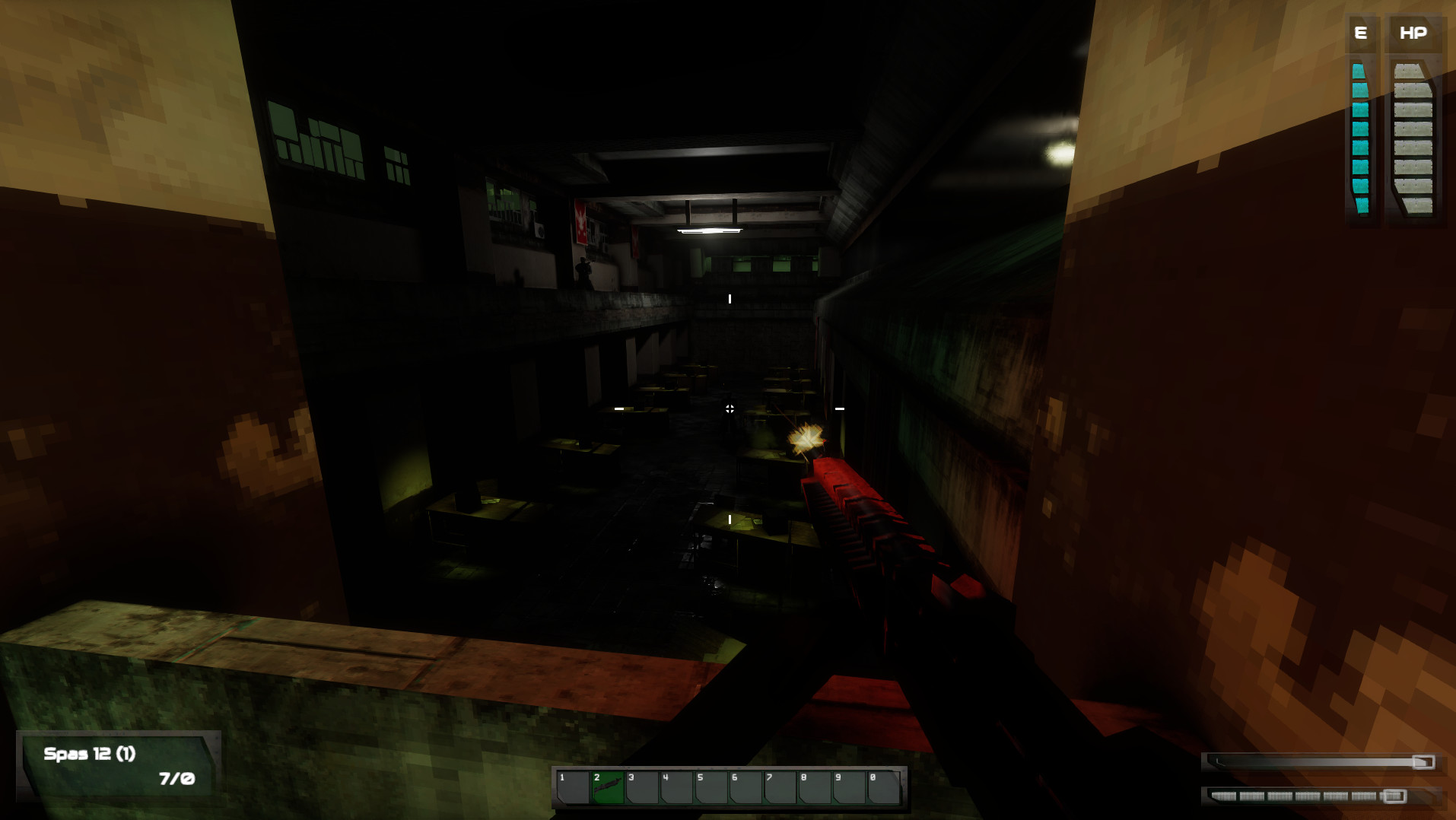 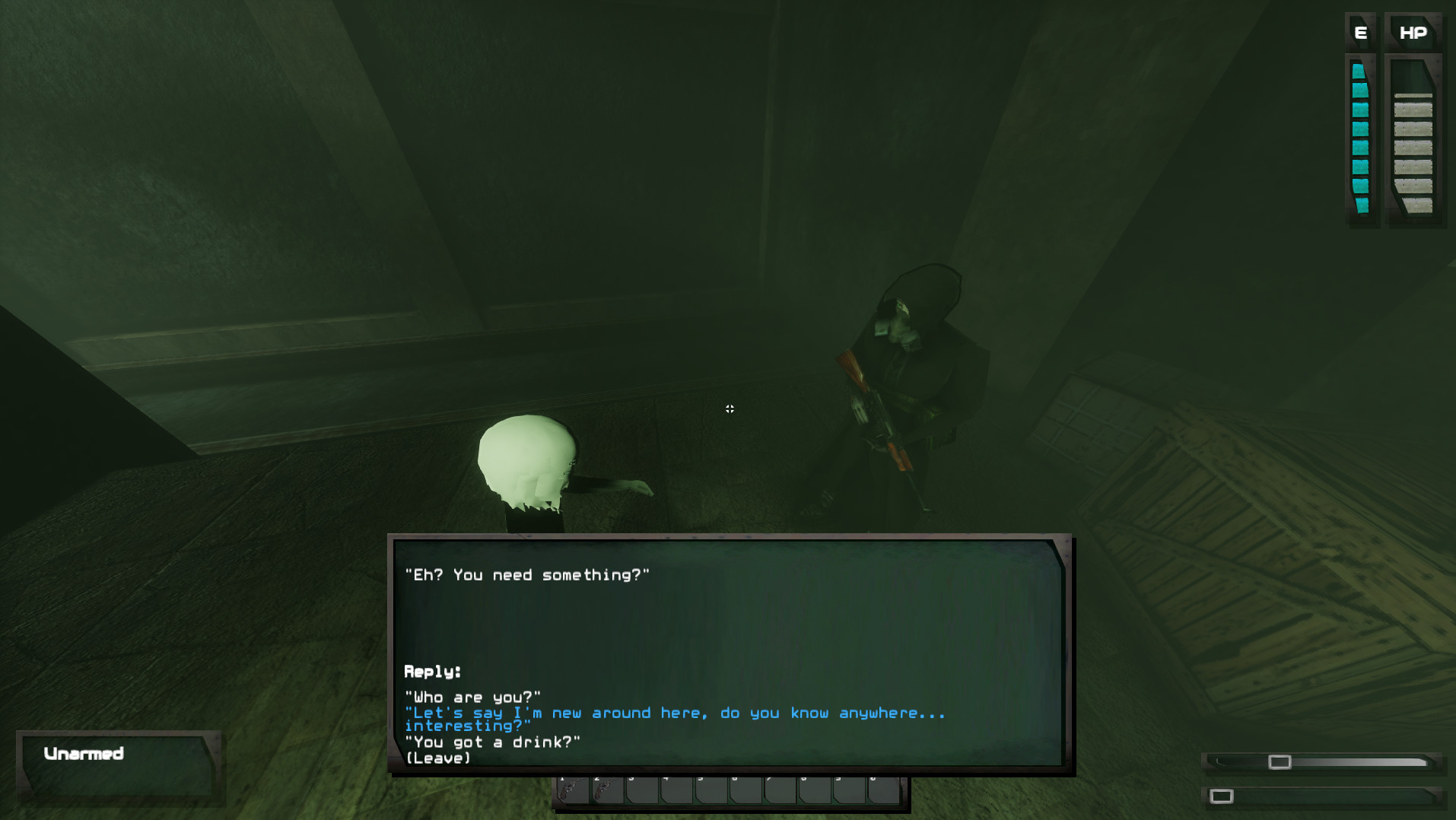 Peripeteia is an upcoming first-person game mixing shooter, stealth and RPG mechanics, placing it within the elusive and ephemeral "immersive sim" genre, heavily inspired by the greats such as Deus Ex, expanding upon the formula with original ideas and an unexplored setting.

The story takes place in an alternate history cyberpunk Poland, in a post-soviet city full of corruption and opportunity, where nations, powerful factions and ideologies clash and where cybernetic supersoldiers look for mercenary work. You play as one of them, a young woman named Marie.

Within Peripeteia can be seen the dream of the immersive simulator genre, long laid to rest by an industry which had forgotten it. In this game you will be forced to use your wits, resourcefulness, and raw violent nature to complete tasks you may not even understand. Logic and a shrewd cunning mind will win you the day in this interactive and highly adaptive world. Well, unless you have a pistol and ammo for it.

Have you found yourself hungering for the raw sense of survival, accomplishment, and player choice long absent from this dark and belied industry? Then consider joining us in the lights of the Eastern Night with Peripeteia.
Click to expand...

I've seen it on discord, if nothing else the visuals look nice.
~bs~

Miss me with that shit. It looks promising besides that.

Demo planned for the 29th of this month.
Click to expand...


Added to my wishlist, this looks like the good kind of jank.
CDPR EXPOSED! - THE GLEN DID NOTHING WRONG - FAKE JEWS EXPOSED!​

Remove anime and change weapons for some fictional piece of junk.
Then we can talk.
Last edited: Nov 25, 2020
SausageInYourFace said: Everytime Skyrim is discussed in General RPG people get fucking flamed like hell and someone gets dumbfucked and then you enter this thread and everybody has like a bazillion hours dumped into the game, FFS. I swear I will never ever take any of that elitist shit seriously anymore.
Grimwulf said: Third world war might not be fought over resources, over land or to overthrow regimes, but to get men out of their homes, you heard it here first folks.
My Let's Plays: Marauder-Man of Prey [finished] | Planet Alcatraz [finished] | Hard to be a God [finished] | The Fall - Last Days of Gaia [finished]

I swear anime is the Japanese revenge for the nukes. Please Japan you were only nuked twice, western civilization can only bear so much anime.
"Whoever is unjust, let him be unjust still
Whoever is righteous, let him be righteous still
Whoever is filthy, let him be filthy still
Listen to the words long written down
When the man comes around. " - Johnny Cash

Those twig arms need to go

Location
Atop a flaming horse

This doesn't look good to me.
A remarkable example of a pathetic species.

The anime protagonist is an odd choice, as the setting seems close to something like Deus Ex but with anime girls. If it were more closer inspired by Sci-Fi anime and manga I don't think it would stand out as much. Still worth downloading the demo.

Bony Hands said:
The anime protagonist is an odd choice, as the setting seems close to something like Deus Ex but with anime girls.
Click to expand...

Probably more to Serial Experiments Lain. They even uploaded this on their official Youtube channel.

The music of the now defunct and abandoned Lain based cult known as the "Tsuki Project.". We are not in any way, shape, or form associated with them or system space. However, the strange nature of this organization did inspire Peripeteia in some aspects. We felt it best to preserve this music and atmosphere, much of which was created specifically for the Tsuki Project.
Click to expand...

Farewell into the night

The Lain inspiration seems to be there as there's a NPC that looks like Lain. The demo is coming out in a couple of days, we'll get a better understanding of the game's aesthetics then.