We all hate Baldur's Gate 3, however some of us have valid reasons to do so.

Example of a valid reason: the dumb past tense dialogue

Example of a retarded reason: because it's not RTWP


Personally I think it's going to be better than the Original Sin games if only due to it no longer using Larian's broken system, however the fact that it looks like a D:OS 2 mod and the dumb past tense dialogue kinda kill it for me. While we're lucky that we don't have another Fallout 3 on our hands I'm not thrilled about D:OS 2.5 either.
Irenaeus brofists this.

This is a block of text that can be added to posts you make. There is a 1000 character limit
Let's Play Netstorm! - like a bear, this one hibernates during wintertime

I don't hate it (yet), but thematically, tonally and aesthetically it doesn't feel like D&D. Which is a bigger issue than it not resembling Baldur's Gate, since it was quite obvious it was going to be a brand-new D&D game that merely used the Baldur's Gate name for brand recognition.

Though I will say that after months of interviews about how they were planning to modify (read: butcher) the D&D ruleset I was expecting a lot worse gameplay-wise.

Other: because it's gonna be fun and I hate having fun
Elden Ring SL1 playthrough - no summons, change weapon after every boss (completed)

I don't care if it's TB or RTWP. I don't even care that it looks like D:OS3. But my god the dialogue is HIV and cancer combined!

Is this even Faerun
Being 39 sucks. All the bitches you knew got knocked up by someone else
NWN and skill systems caused the RPG decline.
I read this article when I was 9. I've been waiting for VR for 28 years.
Life is like a bus ride. We're all strangers waiting for our stop, and some people get off before you do.
My Age of Decadence review.

I don't. It looks nothing like Baldur's Gate though, if they didn't call it BG3 you wouldn't be able to tell it's supposed to be BG3 from what they've shown so far, probably not a good sign for anyone who wanted another BG game.

Location
Inside the Hollow Earth

Because I want to fit in with the rest of the cool kids.

I hate that I have to wait until next year to play the finished game.

Other: Because normie faggots are going to love it and it will blot out the original games the way Bethesda did to Fallout

Other Other: Because it's going to win RPG of the year.
My YouTube channel, such as it is: https://www.youtube.com/channel/UCLj4j921cdxTGKhDZ0gNzpA

catfood said:
We all hate Baldur's Gate 3, however some of us have valid reasons to do so.
Click to expand...

I don't hate it at the moment.

My biggest objection is that it looks - and feels - like another DO:S game, when it's supposed to be DnD-inspired title and BG3 and I am not the fan of how player's dialogue is being handled.

I love it. Will certainly buy it for my whole family.
One creature's Torment is another creature's delight.

Texting
"Texting", "WhatsApp", "Telegram"?! Let's face it, texting, WhatsApp and Telegram are for teenage girls. I'm serious. I will NOT be interrupted when I am busy doing something. If you want to communicate with me, then send me an e-mail and I will get to it in a few hours. If it is really important, then give me a voice call. Otherwise, fuck you.

Roguey has Asperger syndrome, is an agent of decline and has poor hygiene
I also planned to kill Euromymous myself
Infinitron Kill Switch : LaJewtan Machine

Packs laden with loot are often low on supplies.

Other: magic pockets and superhero jumping - both are dumb
Last edited: Feb 29, 2020
The building was on fire, and it wasn't my fault.
-> A short guide to pre-ordering video games.
-> RPG development/history playlist on YouTube
-> Let's solo Baldur's Gate on Insane difficulty - witness awesomeness of The Codex (and his 163 188 deaths).
-> Let's solo Baldur's Gate 2 on Insane - epic saga continues with over 100 updates & 400 deaths!

I believe those were to be githyanki red dragon riders.

Other: I don't hate it. I'm a responsible and intelligent adult who doesn't hate a videogame just because it doesn't look the way I like. I know that the game can still turn out great.
My games on Steam: Exile Squadron - A Long Road Home - Rolling Arcade

I have no idea how Larian managed to get more retarded writing in every single, subsequent game they release. Divine Divinity was silly, it wasn't really meant to be taken seriously and there were some moments where the game actually achieved atmosphere. The quarantined, coronavirus town that you could go into, for example. I can't play Original Sin because I just cringe at the dialogue too much, I have another try scheduled asking a mate of mine which of the newer games resembles Divine Divinity mostly, with his answer being OS2. Another thing is the absolutely garbage art direction that is especially apparent in OS 1 and 2. I mean, Divine Divinity was gorgeous, there were some things that were cliche but nothing was downright retarded.
Again, how do you go from this: 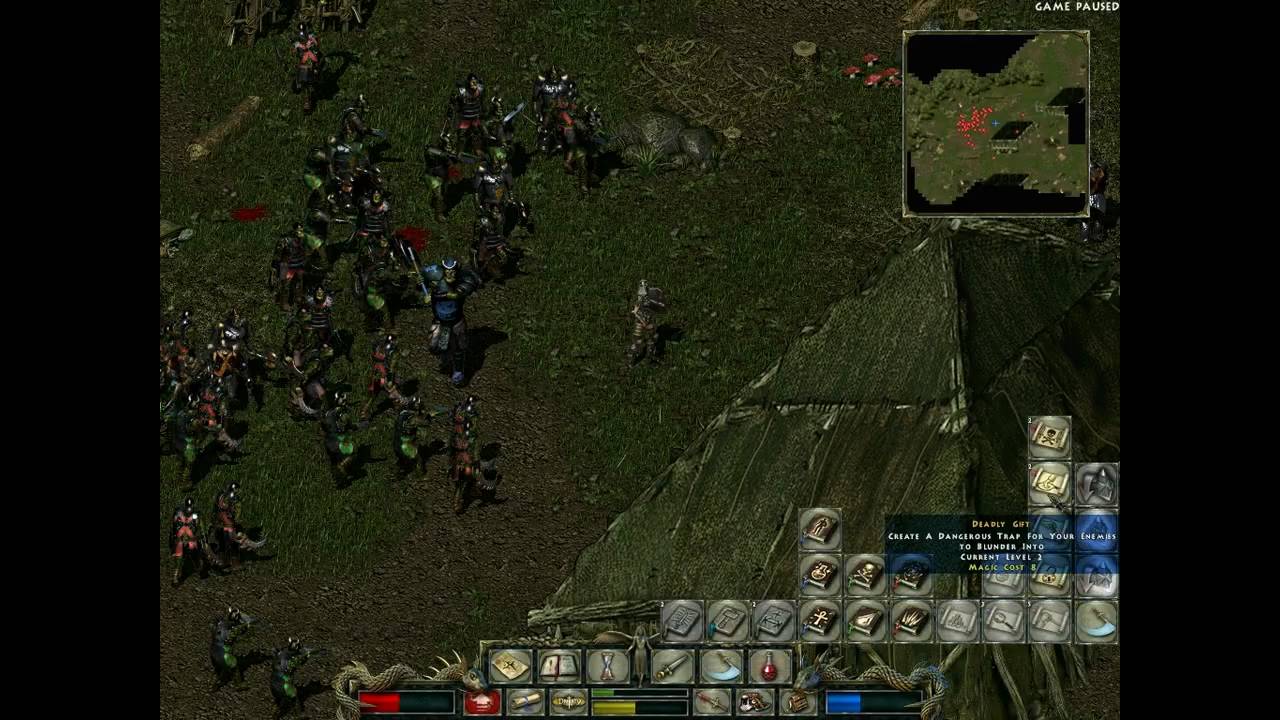 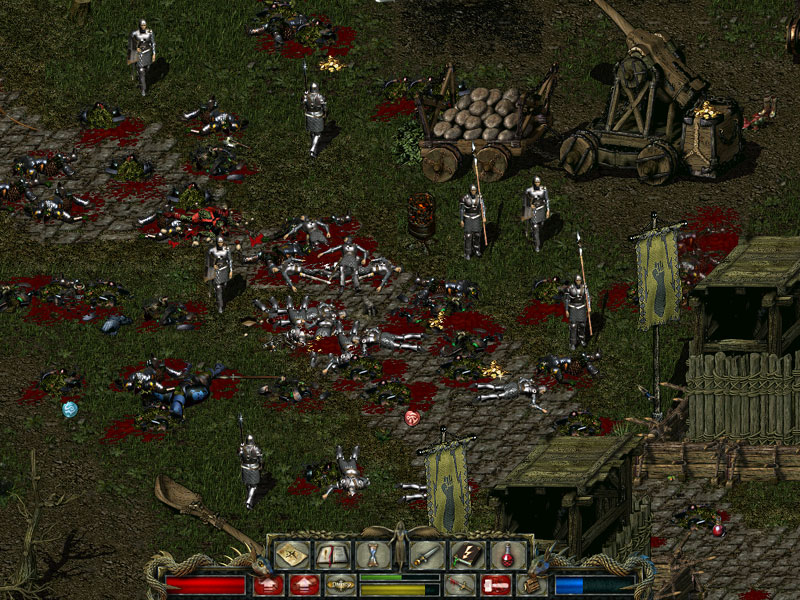 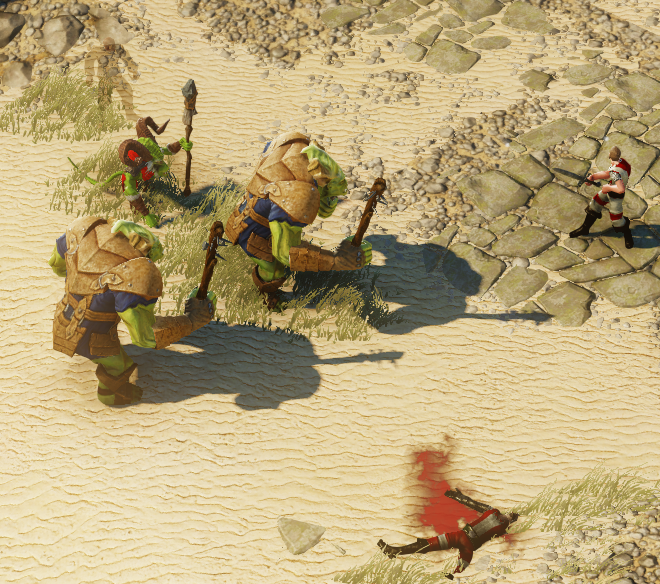 I might be a boomer who thinks that the old isometric games look better anyway, but the artstyle is absolutely inferior in the later games and I have no idea who looked at these orcs and said: "yeah, that looks good"; especially considering that they had perfectly viable designs from Divine Divinity that could have been updated to suit the newer games. I predict that the cringefest of artstyle and dialogue retardation will be a prime feature of Baldur's Gate 3 as well. With the horrendous writing being the main reason I can't get into these games personally.
All pig-cops must hang

Mostly for ugly aesthetic. It looks like Dragon Age Inquisition lvl of cheap.

Also juvenile cartoonish kids friendly feel should remain in the past. If i wanted that generic newfag retro crap i would play Pathfinder.

Also all modern RPGs should turn to REAL TIME not with pause or turned based, that should went to dumpster of history.

But i get Sven, he is phoning it in at this point. Taking money from Incel retards that want to replay same game 20y later in same basement. Sad!
There is no Morrowind. It is just Gamebryo, the 2002. version-as shitty as 2015. one (Fallout 4)

1. 3d graphics and rotatable camera
2. No paper dolls, no sprites, no pre rendered backgrounds , no 2d gfx, no fixed camera

There are screenshots with 5 party members.

they confirmed maximum of 4. there's some followers or temporary npcs or something but your base party is 4 max.
The creation of a single world comes from a huge number of fragments and chaos.
You must log in or register to reply here.
Top Bottom