Back on Daggerfall, I don't think I can say it enough, but I love the character creation on it, and I'm puzzled why no modder has tried to implement it to recent installments. Class advantages/disadvantages, distributing your starting attributes, generated background questions that shapes your stats and starting equipment and editing reputations with few factions. The only things I have found are these two mods.
Click to expand...

https://www.nexusmods.com/skyrimspecialedition/mods/32248
Yea, though I walk through the valley of the shadow of death, I will fear no evil; for Thou art with me; Thy rod and Thy staff, they comfort me.

Forgot to add some hilarious shit about scaling.
In Oblivion, dunno about NPCs, but town guards have, if i recall correctly, 25 more levels than you. So, when you reach lv 50, by that time guards wil be 75 and, judging by their movement speed around 200. Watch them, when they become aggroed, theyll run like they all wearing Boots of Blinding speed. That begs teh question, why the hell im toiling around, when couple of guards can close all of the Oblivon gates in matter of minutes?
Also, in Fallout 3, the longer you play the less NPCs there are left around. Caravans go first. Eventually, albinos scorps will spawn in front of the settlements aggroing the populace. Their HPs are too high too dispatch them quickly and Npcs are no match for hem. The only chance to save someone is to run in the opposite direction, out of the cell. So, this makes Little Lamplight the most badass survivor settlement, as children are immortal. In New Vegas i tried to distribute miniguns among children, figuring theyll be the most competent defenders, but they wouldnt use them, as the game doesnt have mini minigun models it seems.


Well we got Oblivion class creation there.
Time will tell when we proceed to Morrowind.


Well we got Oblivion class creation there.
Time will tell when we proceed to Morrowind.
Click to expand...

Oblivion guessing what 'class' you wanted to be based on how you got through the intro was a pretty cool idea though.
Non-post apocalyptic Sci-Fi RPG thread
List of RPGs with base management mechanics
The definitive, authoritative, and probably non-exhaustive list of non-(IBM) PC cRPGs

rusty_shackleford said:
Oblivion guessing what 'class' you wanted to be based on how you got through the intro was a pretty cool idea though.
Click to expand...


There are few other things done for the tutorial dungeon, like how Glenroy says "maybe the Emperor is right about you." if you manage to kill one mythic dawn agent before his demise and how Baurus changes his line from recovering Renault's blade to comrades if you went out to grab Glenroy's as well.
Ultimately nothing significant in grand scheme of the game, I would say wasted effort. 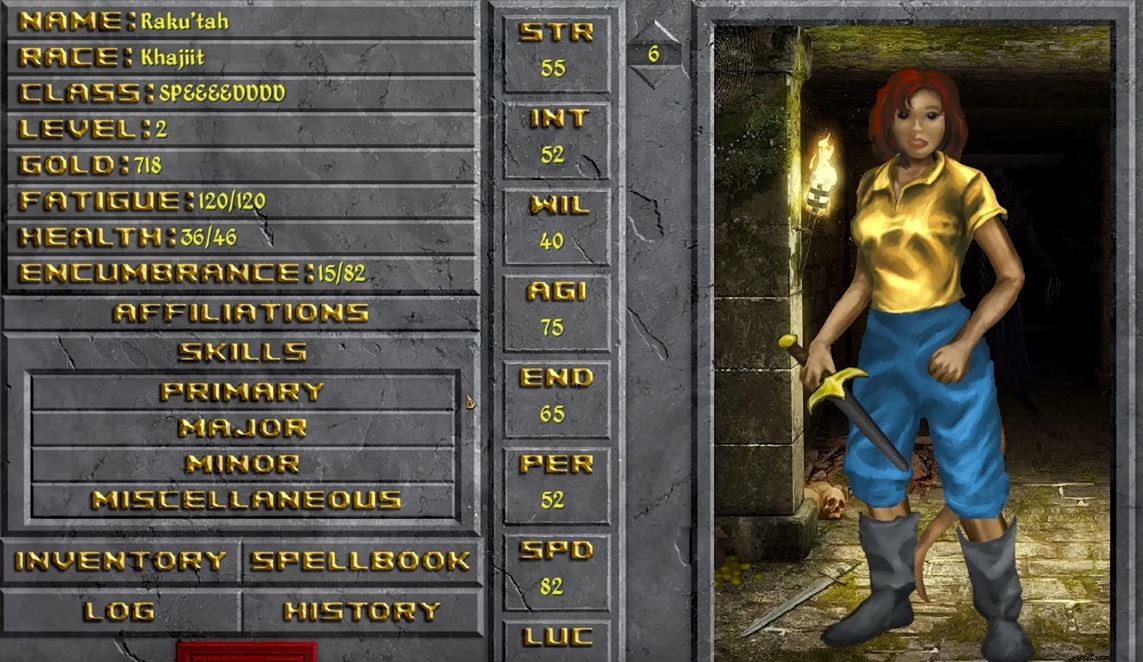 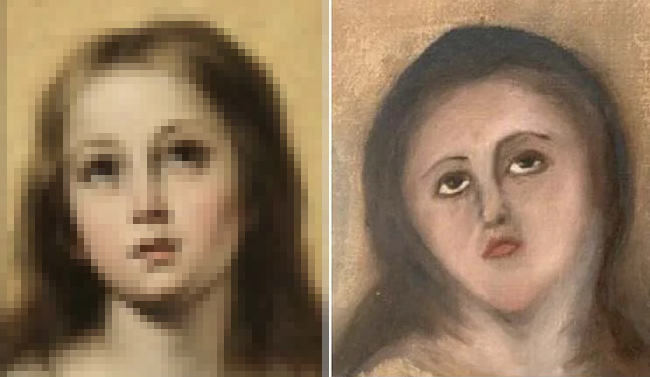 some people hate pixels that much

It's the problem with Daggerfall Unity's character art that I pointed out in 2017: 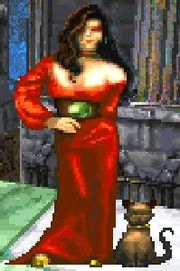 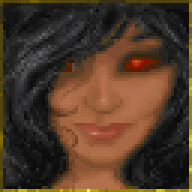 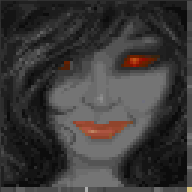 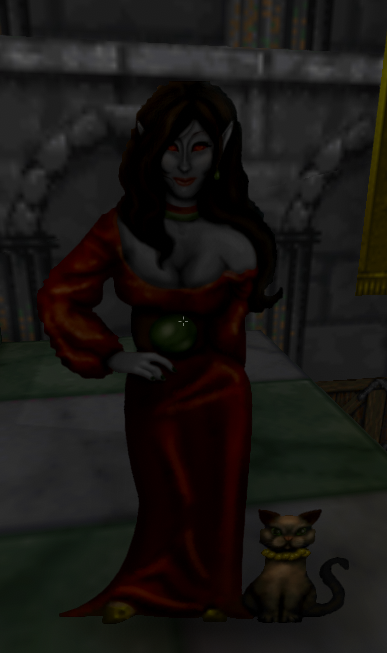 It isn't simply a matter of de-pixelization, but rather that whoever is responsible for these faces lacks the talent of the original artists.
Longing for the days when men were men and RPGs were RPGs
Return to Chaos emulator for Dungeon Master and Chaos Strikes Back
The Faery Tale Adventure with proper configuration

Zed Duke of Banville said:
It isn't simply a matter of de-pixelization, but rather that whoever is responsible for these faces lacks the talent of the original artists.
Click to expand...

Aren't they just using some kind of ai upscaling software not actually making/editing those themselves? 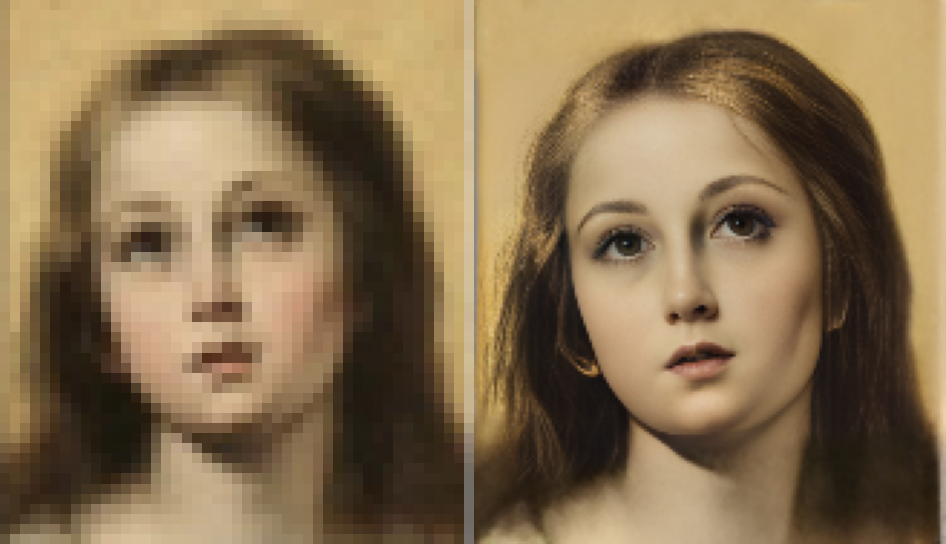 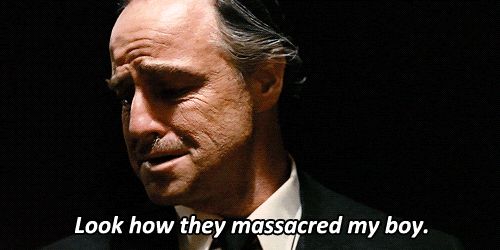 honestly given the choice between vanilla daggerfall and a slightly weird looking remaster with tons of QOL improvements, i'm picking the update every time

Location
Where you won't find me

mck said:
honestly given the choice between vanilla daggerfall and a slightly weird looking remaster with tons of QOL improvements, i'm picking the update every time
Click to expand...

well, you can just play the remaster that looks identical (which is how Daggerfall Unity normally does)

You've got to appreciate the effort and work that went into that, but I think unless you totally re-do the models into 90s-ish 3-d to match the rest of the graphics (as I believe someone did with the skeletons), it's always going to look a bit weird to have the models as cardboard-cutout-looking and always player-facing.

Also, as is often the case with fan-made replacements for anything, while the upgrade in quality is nice, one sometimes has to question the aesthetic choices.

Although having said that, since a lot of the charm of Daggerfall is just wandering around, the countryside improvements are amazing (though again, cardboard cutout trees - eh). The other place where the visual upgrade is pretty safe is in dungeons themselves (again, apart from the cardboard cutouts). The worst part is the towns and cities.

I think the major problem is the 3d replacements for 2d sprites --It doesn't feel like the characters as we know and love, now brought into 3 dimensions. Instead, they have a completely different vibe, and what used to be adult and gritty is now cartoony and childish. Check out that friendly skeleton for example -- I don't remember any cuteness like that existing anywhere in the original Daggerfall.

Also, there's a mod being worked on at the Daggerfall Workshop forums that doesn't replace the trees, but affects where they are placed and how they are spaced out. That mod makes a big difference to making the wilderness shots look right. That's one of the first mods I would get. In this video they use a lot of flashy mods that don't always look right. 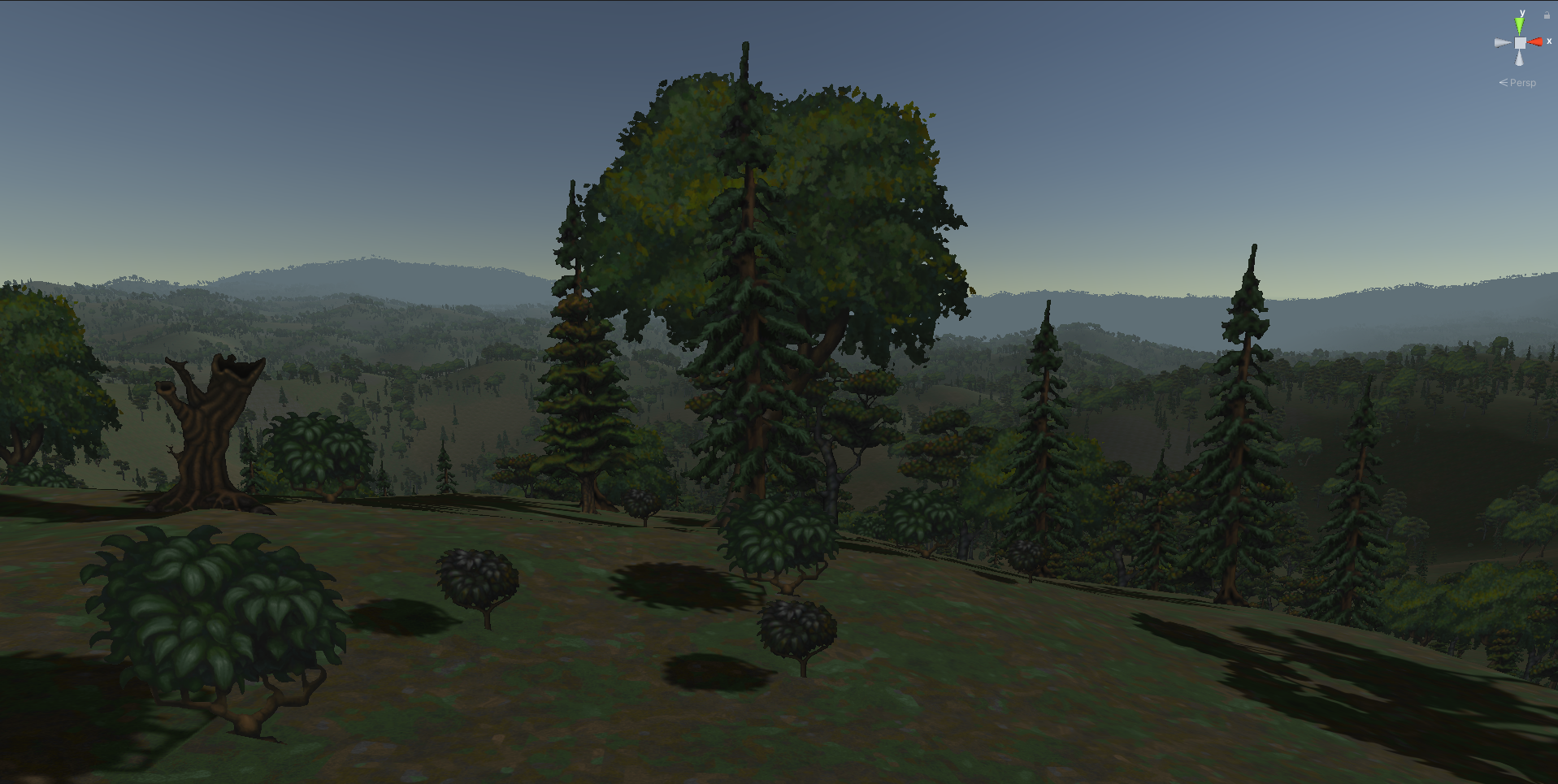 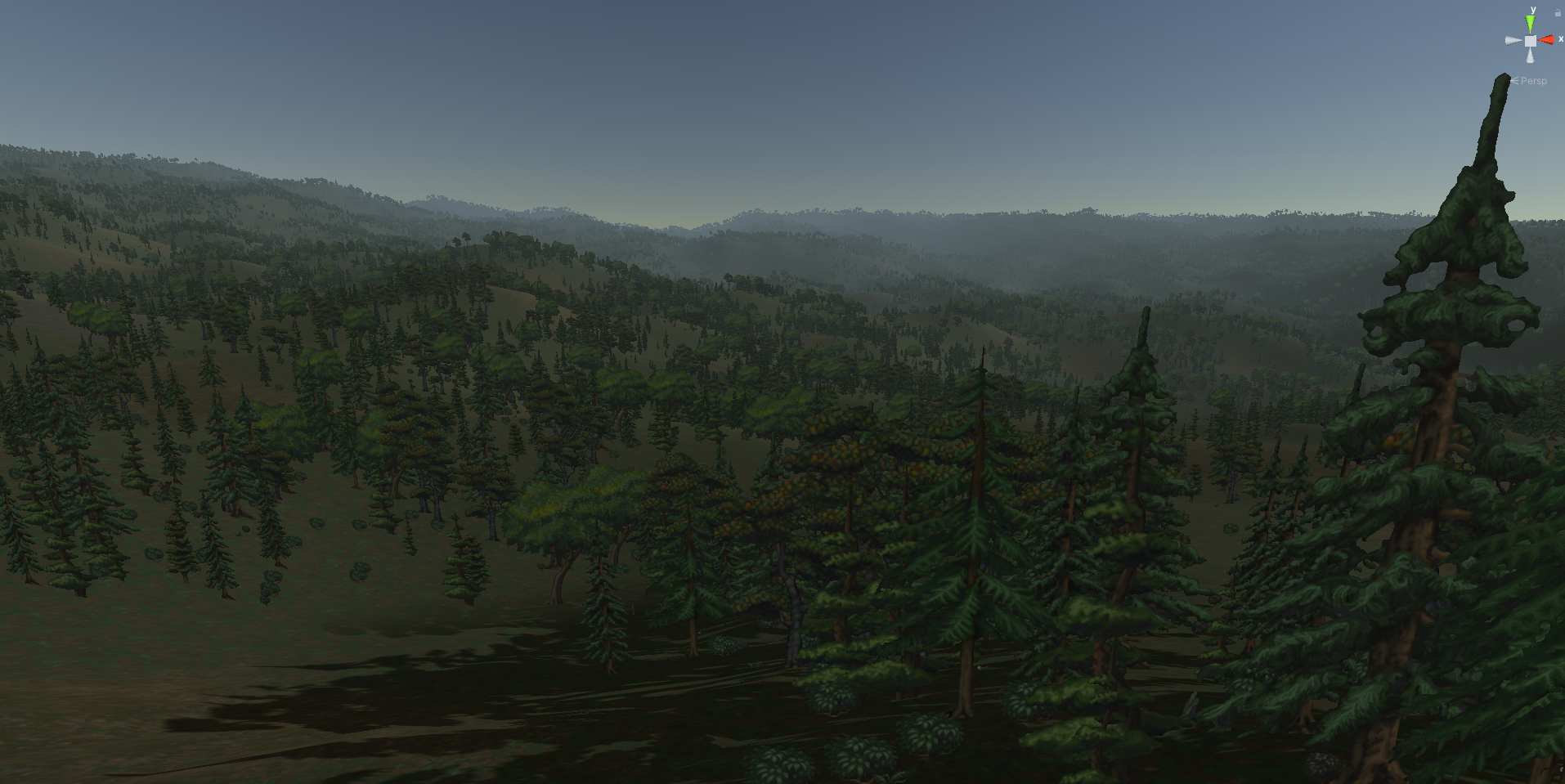 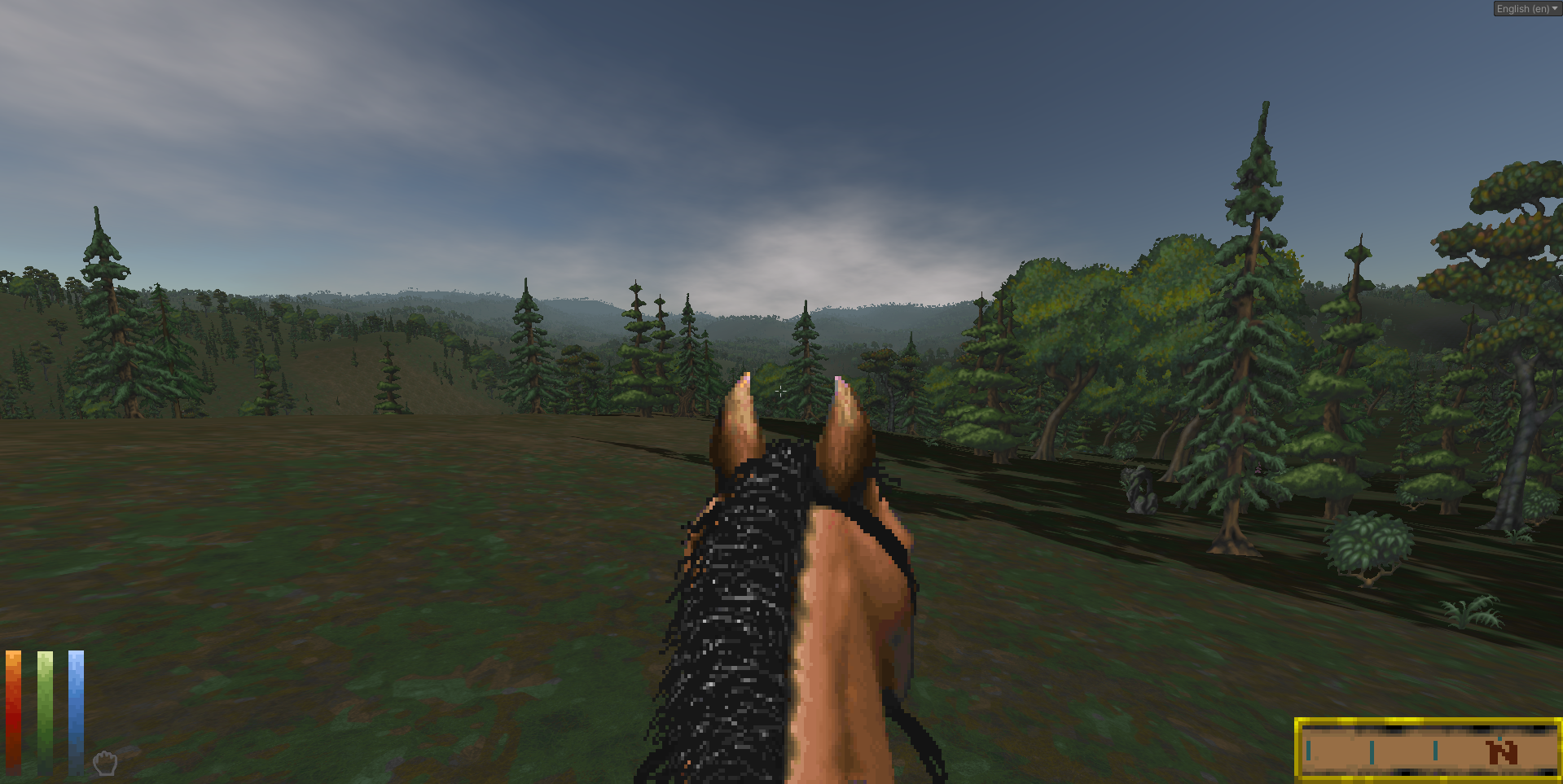 There's also mods that do things like put more characters in towns, make transparent windows, put more desert-style buildings in the south, that kind of thing. Things that subtly improve the believability of the game-world and which may have been considered by golden-era Bethesda themselves. Not things to bring a 1996 game in line with modern or Disnified tastes.
Last edited: Jun 5, 2022

What did you use to make that?

What did you use to make that?
Click to expand...

What did you use to make that?
Click to expand...

ESRGAN, can't remember what model I used
Click to expand...

Hm, thanks. I tested it and I couldn't get it to be this good.

There is no current-day conception that 'pixelated' graphics were not considered inherently cartoonish or childish, nor were they intended to be but in fact often the complete opposite. Less T_T showed this exactly in the MicroProse thread:


LESS T_T said:
"a throw back to old top-down retro soccer games of the 90's" 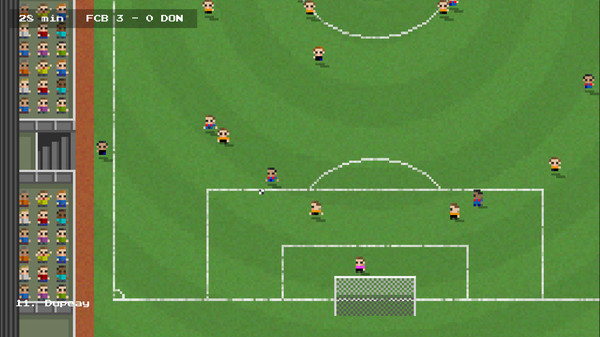 *spend much less pixels per character than MicroProse Soccer.* 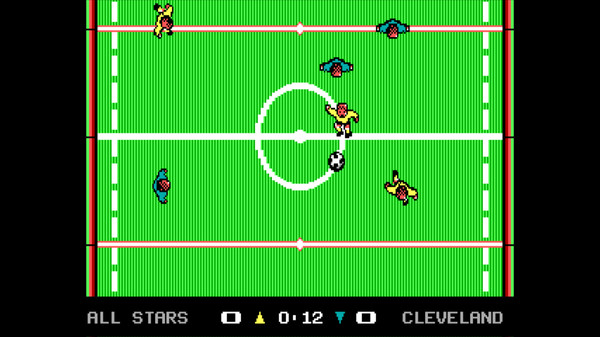 There are mods: Roleplay and Realism
WTF?
Is there a mod for everyday have to take a dump and wipe your ass?
That would be really realistic!

Of course I can understand that really hardcore players will not wipe their ass.
Last edited: Jun 5, 2022

I unironically believe those kind of mods exist for Skyrim.
You must log in or register to reply here.