Expeditions: Conquistador is a turn-based RPG with a focus on exploration and strategy. It is being developed by a small Danish development outfit named Logic Artists, and scheduled to be released on Thursday.* I decided to pay them a visit this week, to have a look at their studio, take some pretty pictures and have a chat with the developers. We spoke about the game, about Kickstarter, and about the trials of making an oldschool RPG in the day and age of cover-based shooters.

*EDIT: Since the release of this article, Logic Artists have post-poned the release date of Expeditions: Conquistador due to distribution-issues. See more here. Ah, Thursdays and their RPG releases. 2013 is looking to be an interesting year, largely because of events that took place in 2012, a year otherwise so uninteresting that finding actual RPGs to discuss was difficult. A year so bland for cRPGs that GameBanshee decided to give its GOTY awards to games like Kingdoms of Amalur and Darksiders II. Yet in the middle of this RPG desert, the Kickstarter phenomenon kicked off in force, and brought us a slew of new games to look forward to. Oddly, it wasn't just Kickstarter that seemed promising – other games catering to the tastes of the Codex were announced separately as well. A game like Chaos Chronicles, promising a blend of Temple of Elemental Evil, Realms of Arkania and Phantasie was suddenly in the mix, with no Kickstarter-backing or anything of that sort, save a few euros from the German state. As such, whether you feel optimistic about the Kickstarter-phenomenon or not, and whether you personally look forward to the games that are a-coming, one thing certainly seems irrefutable: In 2013, the Codex will finally have games to discuss again.

One of the oldschool RPGs funded by Kickstarter is the difficult to define Expeditions: Conquistador, which is coming out soon (February 28th, in fact), and as such looks like it will be delivered on the schedule promised by the developers during the Kickstarter. One of the few Kickstarted games, it seems, to meet its deadline. As one of the first Kickstarted RPGs to actually be released it is of obvious interest to the Codex, and since their studio is located a manageable 20 minutes on foot from my apartment, I decided to pay Logic Artists, the developers of Conquistador, a visit.
​
Read the full article: RPG Codex Report: Expeditions: Conquistador, Logic Artists and Kickstarter
Dungeon of Naheulbeuk Review | PoE+WM Review & RTwP Retrospective | Blood Bowl Digital Retrospective | Where Journalism Goes to Write Itself

1. I highly doubt these guys are living the hard life, unless they are hooked on heroin.

2. Star Trek was raped enough last night at the oscars, no need to bring worf into this.

i see what they did there

[edit]i see what they wanted to do there
menja bé, caga fort i no tinguis por a la mort!

2013 truly is shaping up as the Year of ITZ.
First stop, the World Cup; then world domination! A Football Manager LP (Completed - lifted the World Cup.)
Selling alien weapons to the highest bidder. A Xenonauts LP (Completed - save corrupted by foul Xenos.)
Putting the Black Company to shame. A Battle Brothers LP (Completed - survived an impossible battle at the cost of most of the company.)

i see what they did there
Click to expand...

Releasing on a Thursday, giving Grunker doritos & mountain dew, calling us faggots and staying on the schedule their kickstarter promised... is there ANYTHING danish devs cannot do?
~12112
A cat's desire to be inside or outside is a readily available macroscopic view of quantum superposition

i see what they did there
Click to expand...

Releasing on a Thursday, giving Grunker doritos & mountain dew, calling us faggots and staying on the schedule their kickstarter promised... is there ANYTHING danish devs cannot do?
Click to expand...

the appalingly ignorant gathering place for hateful ciscentered rape culture enablers, the RPGCodex, provides their transphobic/cryptopatriarchal take on the matter
Click to expand...

Oh yeah, and you fight wolves and spiders.
Click to expand...

Why would we want to escape Denmark? It is a hedonistic paradise that has so far evaded the worst of the multikult decline that ravages Sweden, Germany, France and the UK
~12112
A cat's desire to be inside or outside is a readily available macroscopic view of quantum superposition 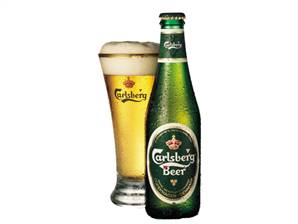 Do people drink this in Denmark as heavily as in the rest of Europe or is it mostly for export?

They do. Pretty much all of Scandinavia do.

I hadn't heard of this, but this article just made it rise up to the top-tier of anticipated titles for me. RPGCodex, you've arrived in Gaming Journalism: the hype-machine is engaged.

dog that is hovering, Wastelands Interactive

Carlsberg is shit. Tuborg is where it's at.
-Nova
Level Designer @ Campfire Cabal

Yeah sure, but when you're at the pub or a club you get a Heineken or Carlsberg most of the times when you order a beer. Mainstream beer. lololol

I have to visit the great white north someday, friend is doing her internship in Finland (nurse), starting in April, would be a good chance to visit, pretty much only seen snow twice in my life.

Anyways, can´t wait to play this come this weekend.

Do people drink this in Denmark as heavily as in the rest of Europe or is it mostly for export?
Click to expand...

Define "rest of Europe." Haven't seen this around here outside of some posh places.

the appalingly ignorant gathering place for hateful ciscentered rape culture enablers, the RPGCodex, provides their transphobic/cryptopatriarchal take on the matter
Click to expand...

Oh yeah, and you fight wolves and spiders.
Click to expand...

The idea of Carlsberg being posh is kind of hilarious to me.

evdk said:
Define "rest of Europe." Haven't seen this around here outside of some posh places.
Click to expand...


You can order it pretty much anywhere that serves beer here in Portugal, tho the national beers are what most people are drinking these days. But in college i drank it almost exclusively.

Wæver and Eskildsen add that the preview build contains only 15 battles out of the full game's 75
Click to expand...

Wait, so the battles are static? And there's a finite number? So this is just a mission-based game?
Now the stars, they are all angled wrong, and the sun and the moon refuse to burn.

Ironically, whereas the Codex has long lamented its interests' position in the backseat of modern game development, it seems we are one of the core audiences of the new titles being announced funded through Kickstarter, and a fairly large audience at that. Wæver mentions RPG Watch, RockPaperShotgun and RPG Codex as the epicenters of the interest in Conquistador.
Click to expand...


I think the heartening thing is that this isn't all that weird any more. The Codex has done some pretty damn good work of late as a place where some of these smaller projects with varying degrees of niche appeal, from Primordia to Eisenwald to Conquistador to Chaos Chronicles, can get a certain amount of sustained attention. You still see the same enthusiasm for all of these games in the larger communities, but discussion of them seems more likely to get lost or forgotten in the ocean of hyper-popular franchise megathreads. Whereas this forum if nothing else seems to be small and contrarian enough to be able to keep them more in focus and give them a decent public airing.

I did think the sign was a bit cringe. Anyway, I'm looking forward to the game, and to your future work; I think you lads come across really well in your intentions indeed.
Bastardising Lovecraft! | Ruining WoD! | Solving 100-year-old serial murders! | God help me, DLC!

Wow, look at that. There are actually small indie developers who know what they are doing. Maybe they should make a living traveling the world and giving seminars to other self-proclaimed developers. Looking forward to play it on Thursday (LOL), the little I played with the beta was a nice experience.

zeitgeist said:
Wait, so the battles are static? And there's a finite number? So this is just a mission-based game?
Click to expand...

It is largely quest-based, although a pretty big part (more than half) of the content is optional and not part of the main storylines. We decided that we'd rather have a finite amount of hand-crafted battles than infinite computer-generated battles a'la Heroes of Might & Magic where all battlefields are just a flat square with a few obstacles chucked in at random. That also fits our more narrative-based design philosophy better, as the battles can be tailored to fit the story, and though we "only" have 75 battles in the game, they will change depending on your choices leading up the combat as well as the general state of the game