Unofficial patches for Thief and other PC games

Heavy Metal FAKK 2 and American McGee's Alice are the games I've played a lot as a kid and they're very dear to me. They're both based on almost exactly the same fork of Q3, which has many improvements (e.g. skeletal animation and a very extensive scripting language) and is very different from the vanilla Q3 engine.

Tried them again on my new Win 10 laptop a while back, and Heavy Metal FAKK 2 mostly runs fine (you just need to patch FOV in the game DLL), while Alice is stretched to all hell and back. Thinking about making a patch for Alice that would stop all the stretching (I want the UI look the way it does in HMF2, i.e. no scaling at all), automatic FOV calculation, being able to skip starting logos etc.

Drog Black Tooth said:
Tried them again on my new Win 10 laptop a while back, and Heavy Metal FAKK 2 mostly runs fine (you just need to patch FOV in the game DLL), while Alice is stretched to all hell and back. Thinking about making a patch for Alice that would stop all the stretching (I want the UI look the way it does in HMF2, i.e. no scaling at all), automatic FOV calculation, being able to skip starting logos etc.

Also, speaking of Q3 engine games. Most (all?) of them have an annoying bug. If you run the game in a resolution where either width OR height is not a power of 4 (the most common of these is 1366x768, fucking hate this laptop industry standard), the game will crash and burn when taking a screenshot. The fuck does it matter, right? Well, most single player Q3 games take a thumbnail screenshot when saving, so will crash every time you save, and a lot of these games auto-save all the time, so yeah.... you get the picture.

But I'd love to fix that function on the engine level. I've looked at it a bit in HMF2, and from what I've gathered it just constantly subtracts 4 from width and height until they're 256x256, which is the thumbnail size. Well, it can't do that with 1366, so it crashes with a memory write out of bounds exception. Need to think of another implementation.

ManjuShri said:
Alice: Madness Returns included a version of 1 which was updated for modern machines; did it fix the resolution issues etc.?
Click to expand...

Yeah I have that version and it's so shitty I've no words really. All they did is make widescreen resolutions available in the options, added some rudimentary gamepad support and disabled the fucking console, so you can't even apply any other fixes you might want.

They didn't fix either the FOV or stretching. Just... nothing. You can p much treat it as a very very late and very very small patch that adds xbox three shitty gamepad support to an oldschool PC game meant to be played with mouse and kb.

Also, here's how you can fix FOV in the original American McGee's Alice, don't think this is available anywhere online. Most guides simply recommend constantly inputting the FOV command, which is reset on every game load, don't do that.

Drog Black Tooth said:
Heavy Metal FAKK 2 and American McGee's Alice are the games I've played a lot as a kid and they're very dear to me. They're both based on almost exactly the same fork of Q3, which has many improvements (e.g. skeletal animation and a very extensive scripting language) and is very different from the vanilla Q3 engine.

Tried them again on my new Win 10 laptop a while back, and Heavy Metal FAKK 2 mostly runs fine (you just need to patch FOV in the game DLL), while Alice is stretched to all hell and back. Thinking about making a patch for Alice that would stop all the stretching (I want the UI look the way it does in HMF2, i.e. no scaling at all), automatic FOV calculation, being able to skip starting logos etc.

https://pcgamingwiki.com/wiki/American_McGee's_Alice is a good place to start
Mods: Shadowrun DF & HK enemies attack with >1 AP // Silent Storm fix'd and in Widescreen // MechCommander Gold in Widescreen
Resources: Fallout 1 patch guide // Play Fallout 1 & 2 without ruining them // Proper way to play old games
"When you examine something for too long, it's possible to find a flaw in every single aspect of it. What has in fact happened is that you have flawed your own eyes through the exercise." -Tigranes

spekkio, probably should link this thread in the first post or the Steam guides I've created.

Also, the UAP page has been moved to http://terra-arcanum.com/drog, please change the link accordingly, this will be the permanent address.

Bought Jade Empire on Steam during this sale, and sadly the Steam version is broken. It either doesn't run at all ("Failed to find Steam") or exhibits problems like the mouse cursor not showing. Seems like GOG and Origin versions are fine.

Anyway, the fix is to simply use the EXEs from the GOG version. This also removes Steam DRM, but ehhh, who cares.

Other fixes you might want to apply:
- Change ClampFPS in JadeEmpire.ini from 1 to 0, this will remove the 30 FPS lock.
- Stuttering fix.
Last edited by a moderator: Oct 16, 2021

Also I'll probably do a no HUD stretch patch for Jade Empire, found the code that controls this.

Fixes for the Steam version of Quake II:

- Install the Yamagi source port. It's an-up-to date modern source port that just removes software rot and doesn't add any maxx grafikk full retard features. The game won't run on Windows 7 or above otherwise. Just extract this zip into your Quake II folder in \Steam\steamapps\common\Quake 2.
- The mission pack Steam shortcuts don't work because they fucked up the command line parameters (as you can see on SteamDB). Unfuck them by right-clicking on Reckoning/Ground Zero in your Steam library and then going into Properties -> General -> Set launch options... and adding +set cddir "" (basically negating that erroneous command line arg).
- The CD audio is obviously missing, but the Yamagi source port that you've just installed supports OGG tracks, I might upload them at a later date.

Unofficial Patch Site is down, linked to my backup (v 2.0).
Click to expand...

There's a new site for this patch, with working download.

Bink Support Site is down, if somebody has these patches, please re-up them!

I was able to find the snapshot of this site on WebArchive
Files were gone, but I've found Jam2Bink Converter on some Spanish juarez site. Anyway, here it is:

IMO it's not needed ATM, since unofficial patch works with original videos (see below).

These Spanish fags also linked to another (~2015) fix for the game, made (?) by some fag called tatapindi.

Working link here (! Warning - Avast marks it as a virus)

It's a different .exe than the older one, used in CubanRaul's 2.0 Unofficial Patch (~2010). It works just like the vanilla exe, that is all "splash screen" movies play every time you start the game, while the CubanRaul's exe skips those after first run.

1) It installs fine via the original installer. But you should use the CubanRaul's one anyway.
2) Game works fine both with the CubanRaul's .exe and tatapindi's .exe. No need to convert the movies to .bik, they work fine.
3) No need to use any CPU cycle-stealing software, no hang-ups. b) The regular, "pixelated" one. 2 levels of zoom: c) The regular, "scanlined" one. 2 levels of bloom: Found the backup on WebArchive. Files are still available, but I re-upped them just in case.

Hey, these "spanifags" are from Abandonsocios, a webpage I recommended already in another thread. They may be Spanish, but they do good work (except when they forget to update their upload links, which sometimes happen, such as with this one

Moreover, according to the second path's instructions written in Spanish, you can copy all of the files from the CD and play normally by removing the 'Read only' condition from all of these, then running KainXP. Assuming it works you can make it a portable game.

As for the "portability", CubanRaul's Patch does p. much the same (copies files from CD to HDD).

OFC, thanks for the info.

Figured, I would post this here as well since you did mention the thread and casting a wider net and what not.

Jarpie said:
There is (supposedly) working patch for Blade Runner to make it run in modern computers:
https://www.replaying.de/files/blade-runner-patch-windows-vista-7-8-x64/
Click to expand...

Patch for Blade Runner, that fixes cpu speed issues and allows it to be installed on modern operating system. Make sure to grab the HDFrames.dat file as well to avoid missing sprites and images from disc 2 onwards.

# The readme for the unofficial Diablo: Hellfire patch gave me a few laughs, so thanks for that.

# This thread is amazing, keep up the good work spekkio

Enemy Territory: Legacy is an open source project based on the code of Wolfenstein: Enemy Territory which was released in 2010 under the terms of GPLv3 license. The main goal of this project is to fix bugs, remove old dependencies and make it playable on all major operating systems while still remaining compatible with the ET 2.60b version and as many of its mods as possible.
Click to expand...

Comes with ET, Omni bots and supports modern resolutions out of the box. 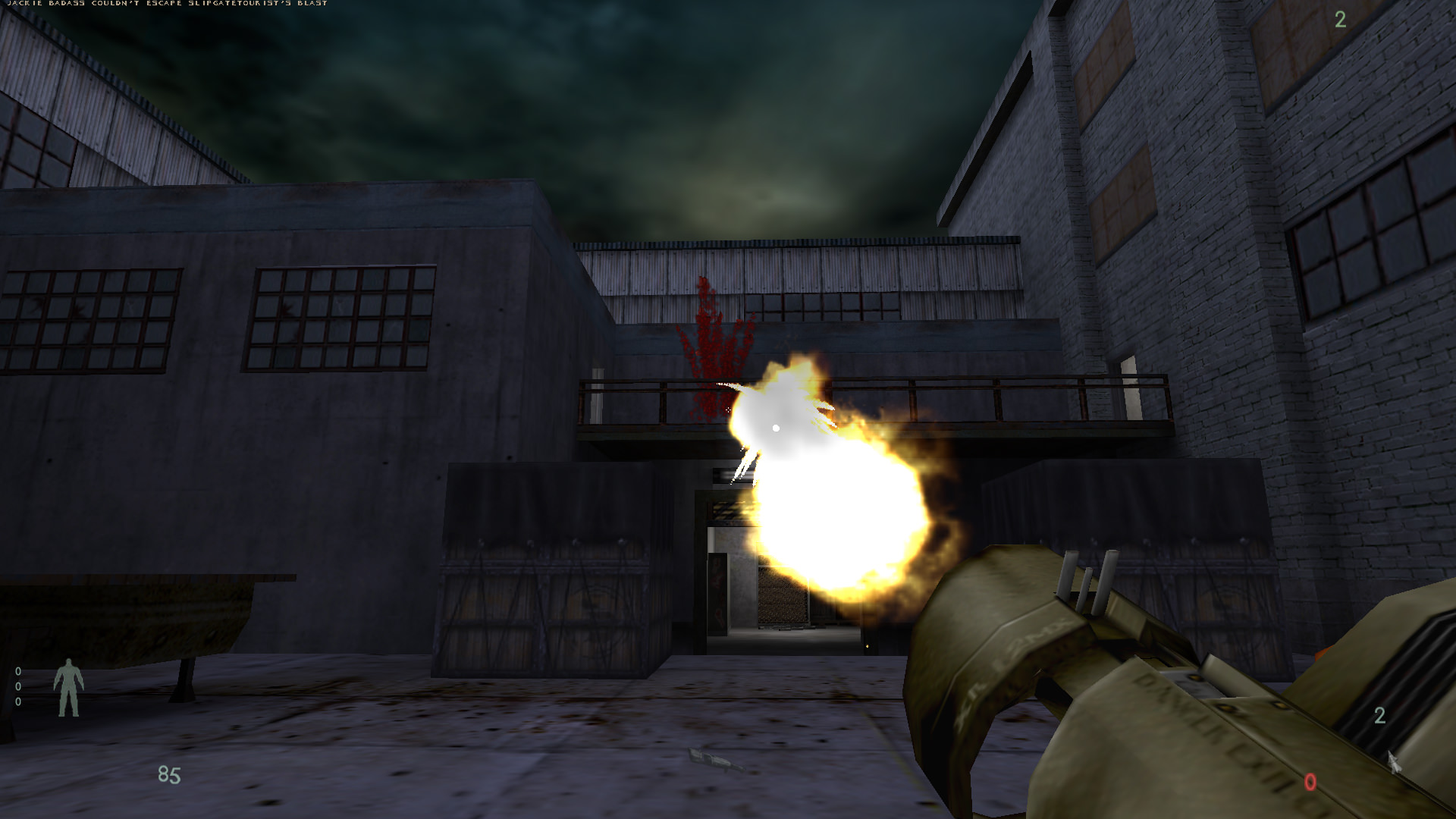 Kraze Bots are p good too. 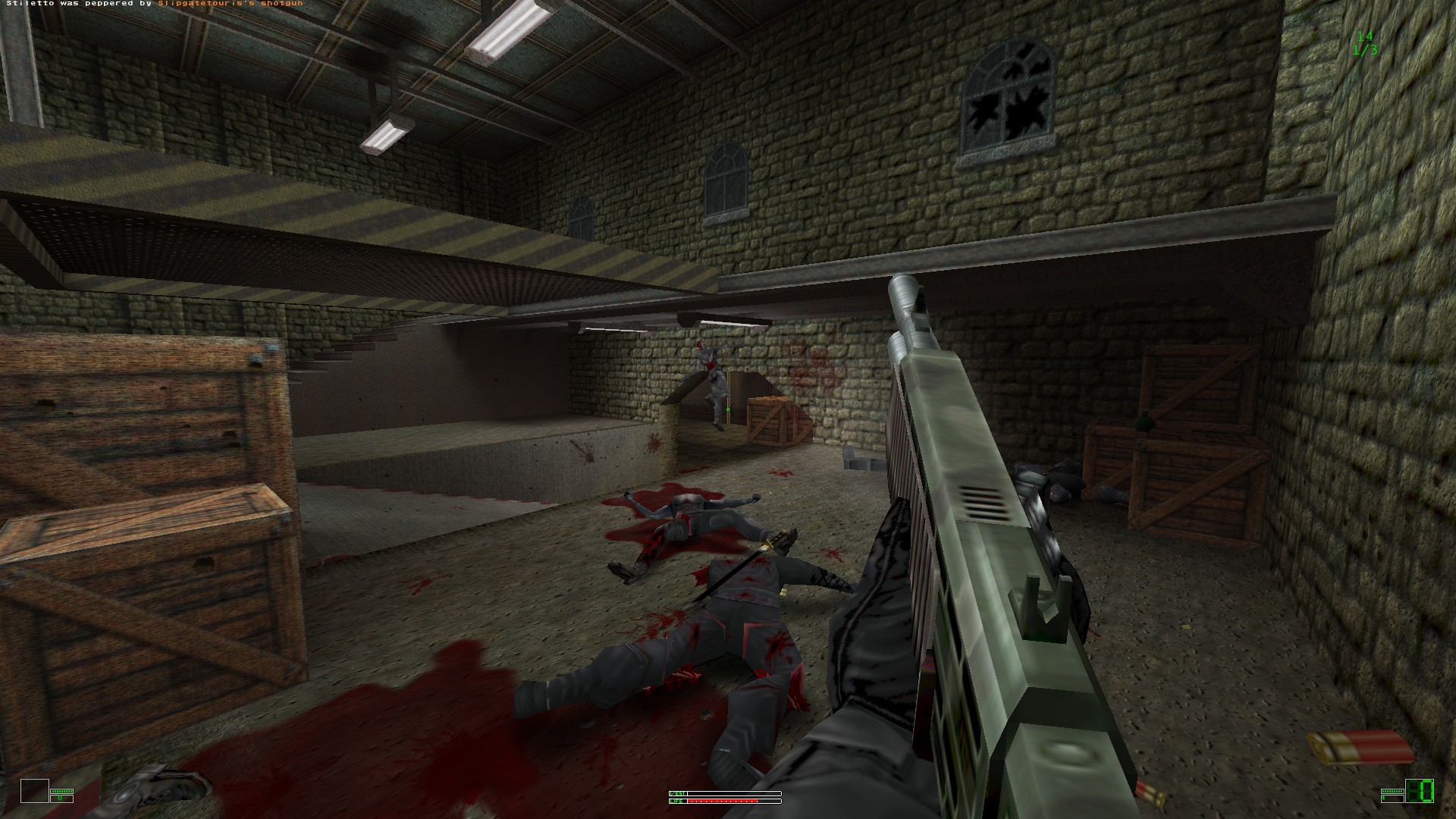 This is the full game, a ton of maps + support for modern resolutions and bots.
Last edited: Nov 14, 2017 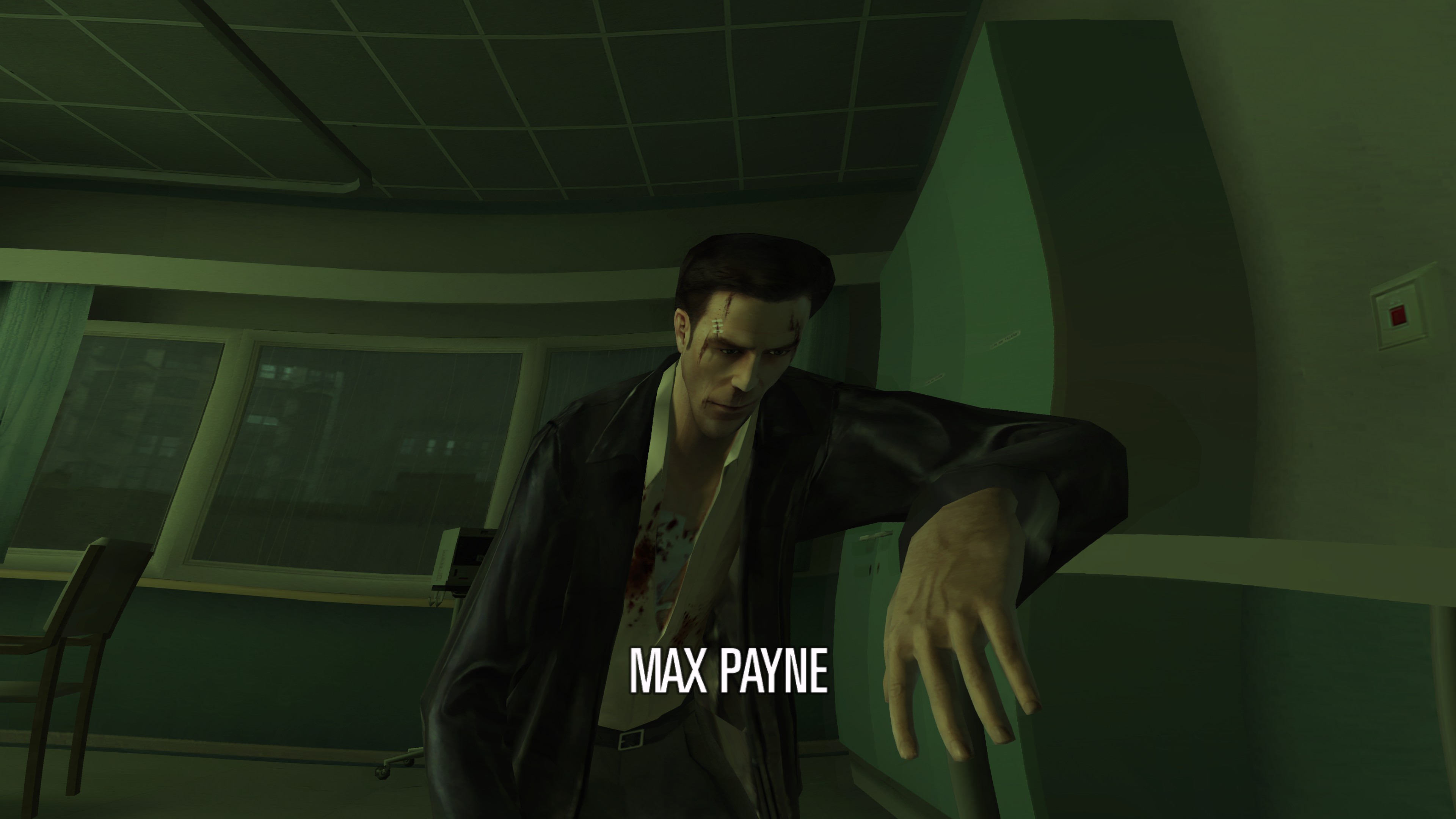 Why do the Prince of Persia trilogy games have such bad framerates when there's a lot of light or effects? Is there some fix for this? It doesn't seem to be something that can be fixed by messing with in-game settings. Even if I turn all effects, lighting and textures off/low the same areas still have poor framerates.
Last edited: Dec 27, 2017
Even Now, the evil seed of what you've done germinates within you.

Why do the Prince of Persia trilogy games have such bad framerates when there's a lot of light or effects?
Click to expand...

Don't worry the scalers, new sfx and such are all optional.

If you want to play properly Manhunt without any crashes and in proper widescreen mode unzip the contents of the archive to the game directory.

Before installing this patch Nox wouldn't load passed the Nox logo which just kept flickering like crazy. Not sure if this was due to W10 x64 or the 4k res I'm running now or both. 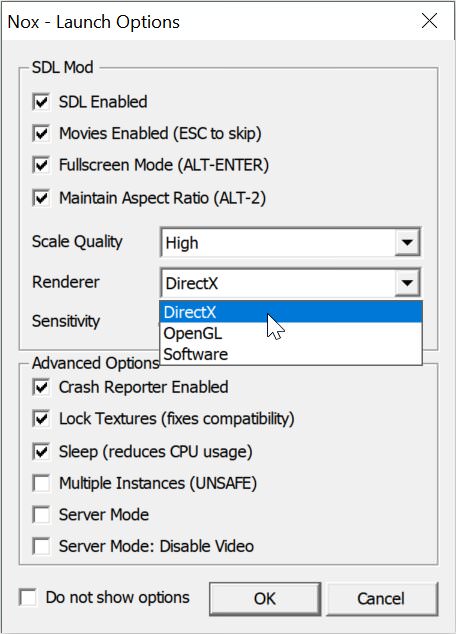 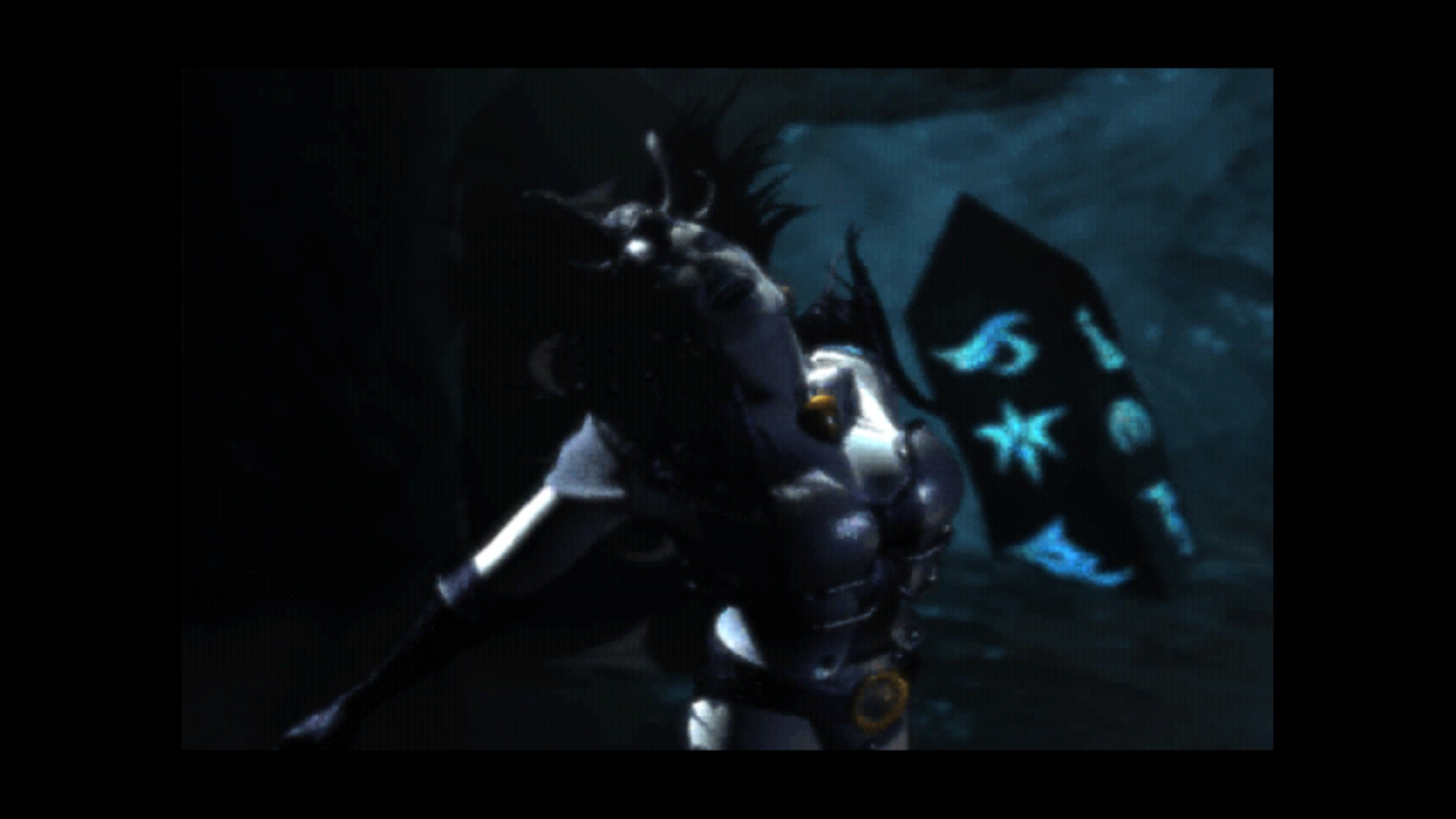 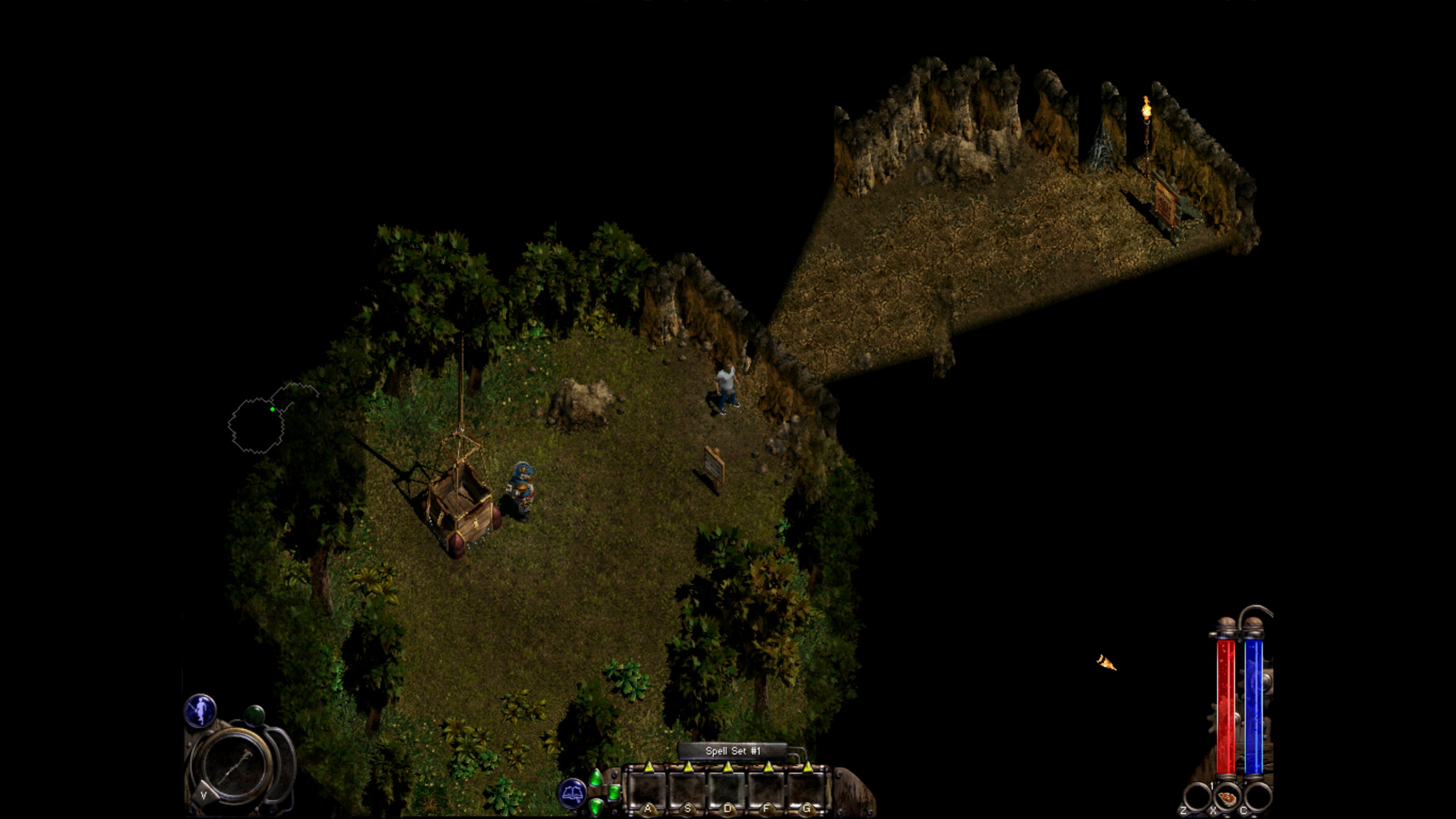