Yamagiwa says that movements of actual Chinese martial arts practitioners were implemented through motion capture, but that these were adjusted to match the game’s fictitious action.
Click to expand...

There better be fists in this like in Nioh 2. I wanna martial arts in chinese!
"Once again, allow me to welcome you to Ravenloft! The time has come. Oh, but please, don't be afraid to smile. Stand not so grimly before me."
- Count Strahd von Zarovich, Supreme Master and Lord of Barovia

Did Team Ninja actually say they were emulating Dark Souls for this one, or are people just assuming this is Chioh, because so far I haven't seen any specific features that defined those games. Because people don't know how to talk about games anymore, so if they can't compare a melee game to DMC, they compare it to Souls or vice versa. What is unique to Souls is something intangible, almost ineffable, that From has always had. It's not stamina gauges, labyrinthine level design, or camping sites, which other games had long before DeS. Nioh stood on its own anyways, afaic, what defined it had nothing to do with FS's games.

Dark Souls fans are retarded.
"Once again, allow me to welcome you to Ravenloft! The time has come. Oh, but please, don't be afraid to smile. Stand not so grimly before me."
- Count Strahd von Zarovich, Supreme Master and Lord of Barovia

Team Ninja's next hardcore action RPG, Wo Long: Fallen Dynasty, looks very promising indeed — have a watch of its recent gameplay trailer to see how it's going. The developer, which previously brought us a pair of great Souls-like games with Nioh and Nioh 2, is building on its past efforts, though this new title will share some DNA with its predecessors.

According to Spanish site Vandal, speaking with producer Masaaki Yamagiwa, Wo Long will take about 40 hours to complete. This is in the same ball park as Team Ninja's last two titles, and as expected, the game will have plenty more to chew on for players who want to see and do everything, including endgame content after the credits roll.

Again, like the Nioh games, this new RPG will have a quest-based structure with fairly linear levels, rather than one big, expansive map. Each stage will include multiple interconnected routes, however, and the inclusion of a jump in Wo Long means each area will be more explorable and vertical than the older games.

There's no release date on the game just yet, but those attending Tokyo Game Show in September will get to try a playable demo.
Click to expand...


Side mission grind and NG+ confirmed?
"Sounds like oblivion. Why would anyone want that?" ~ The Nameless One

I wonder if there'll be a stone of penance too, which makes enemies harder but gives better loot. I like that feature. Kind of like a custom way to make game harder.
"Once again, allow me to welcome you to Ravenloft! The time has come. Oh, but please, don't be afraid to smile. Stand not so grimly before me."
- Count Strahd von Zarovich, Supreme Master and Lord of Barovia

Well this just means it's structured like NiOh. Honestly I want Team Ninja to try on the sprawling semi open world style of Souls game but NiOh formula also works fine. So long level design is tight enough its all gucci

The levels could be as linear as Ninja Gaiden and it'd still kick ass.

"Sounds like oblivion. Why would anyone want that?" ~ The Nameless One

From Software status: mogged
Twice is a coincidence, three times is a pattern. At this point I'm just gonna skip their games and assume Team Ninja will outdo them 3-4 years later in every regard.
Apologize to Chris Roberts and become a Star Citizen today!

ADL said:
From Software status: mogged
Twice is a coincidence, three times is a pattern. At this point I'm just gonna skip their games and assume Team Ninja will outdo them 3-4 years later in every regard.
Click to expand...

Surprised no one complained about the body type 1 & 2 shit in the character creator so far.
"Sounds like oblivion. Why would anyone want that?" ~ The Nameless One

Suicidal said:
Surprised no one complained about the body type 1 & 2 shit in the character creator so far.
Click to expand...

I came to this thread to.

actual gameplay (with HUD, inventory, levelling screens). Everything in moonrunes unfortunately, but the demo was released on consoles so we're gonna get english gameplay soon as well.
Last edited: Sep 16, 2022 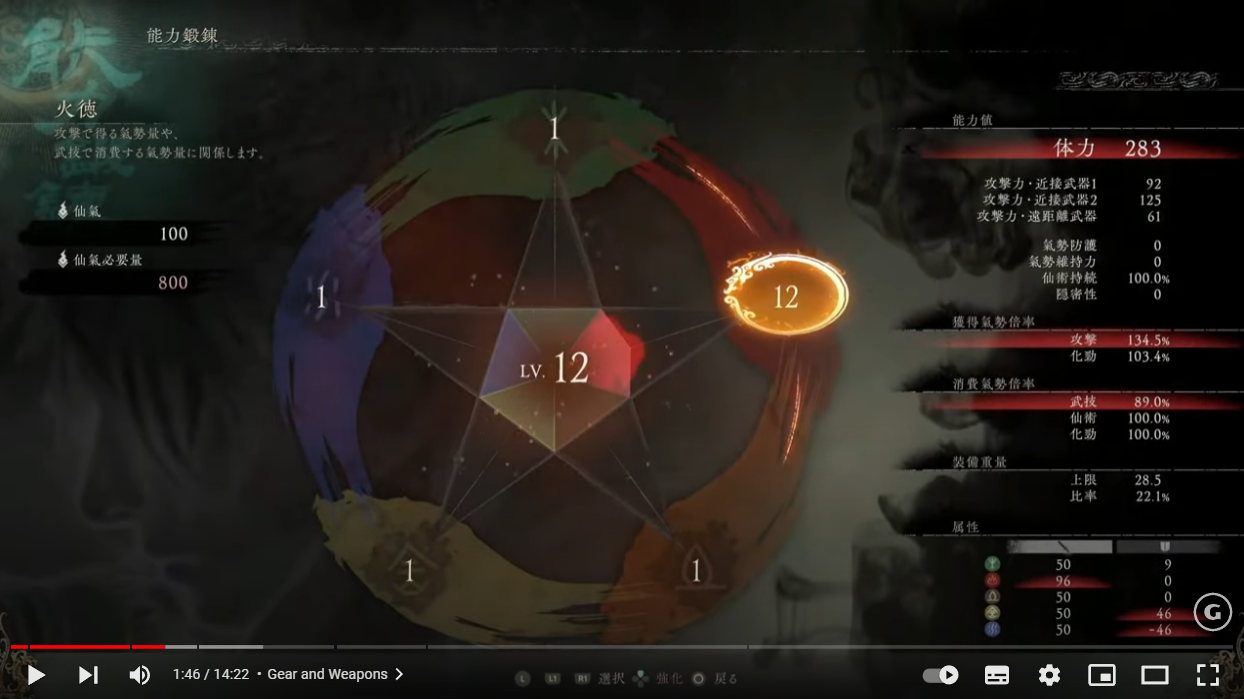 somebody send it to Tim Cain, the japs have stole his outer shapes idea.

Game's supposed to be a multi-platform release, yet the demo is PS/XBOX only

Watched some of the gameplay - it actually looks a lot closer to Nioh than what it seemed like from the interviews so for all intents the purposes this is Nioh 3.

Some of the movement looks kinda janky, but overall visuals are an improvement - better looking environments, better magical effects, no particle vomit all over the screen.

Looks fun too, and the build autism seems to be there.

My main worries are the quality of the optimization on PC (Nioh 2 port was pretty good, but Final Fantasy CHAOS supposedly runs like shit) and the complete lack of hype surrounding the game which may result in it being a commercial failure even if it's good.
"Sounds like oblivion. Why would anyone want that?" ~ The Nameless One

I will try the demo later, and give no impressions.
Upcoming role playing games thread will be continuously updated as long as I am active on RPGCodex:
https://rpgcodex.net/forums/threads/upcoming-role-playing-games.119870/
I am bound to miss several games. Please, feel free to post suggestions.

How much you wanna bet they'll have an excuse to add katanas to the game?

Dadd said:
How much you wanna bet they'll have an excuse to add katanas to the game?
Click to expand...

I'd be slightly surprised if they didn't sneak in the Hayabusa set + Dragon Sword
"I'm now making myself as scummy as I can. Why? I want to be a poet, and I'm working at turning myself into a seer. You won't understand any of this, and I'm almost incapable of explaining it to you. The idea is to reach the unknown by the derangement of all the senses. It involves enormous suffering, but one must be strong and be a born poet. It's really not my fault." --Arthur Rimbaud on joining the Codex

as long as it's not a loot pianata menu fest, I'm hyped for this.
"I must remember to be kind" -Nick Cave

Dadd said:
How much you wanna bet they'll have an excuse to add katanas to the game?
Click to expand...

This period has katanas aplenty, it's just a type of dāo. 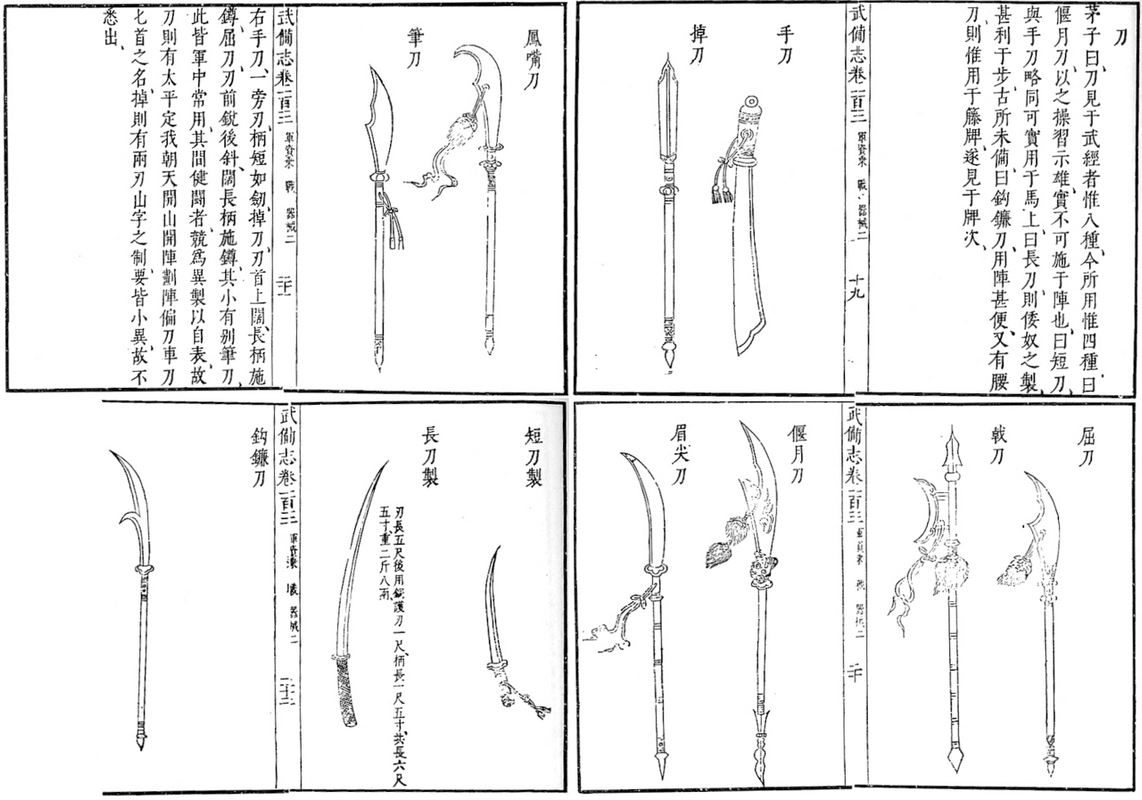 More Nioh with change of scenery.

Screw that. Why can't they just make another Ninja Gaiden?

I'm perfectly happy with this being Nioh 3, but I'll be happier if they rework or get rid of the random loot system. I spent way too much time managing the inventory between missions. It's just boring busywork, literally anti-fun. Not to mention how frustrating it is to play for hours and hours without getting that one piece of equipment you need to complete a Set or something.

So basically they've Nioh-ized Sekiro, or Sekiroized Nioh. No stamina bar, so you can swing and run endlessly, although dodge uses up spirit gauge (this game's posture analogue, which acts in a similar way but also powers special ability usage). Rewards aggression. Enemies have critical attacks that you must deflect or avoid, replete with red icon warning you. You can do an execution move by walking up behind someone or jumping down on them and pressing strong attack when the red dot appears, although it's not always an instant kill, depends on the vitality of the enemy. No grappling hook, at least in the demo. Wall jump, double jump. I find deflecting harder to pull off in this game, enemy attacks come out pretty damn fast. Deflect/dodge feels less consistent/reliable sometimes, but that could just be me not grasping the timing of this game.

Estus use is not responsive, I don't know if that's the game or PS5 controller, but it's mad frustrating when heals don't pop, especially since some enemies are goddamn relentless in their attacking, moreso than any From game and what I played of Nioh 2. And they have reach. I think this game is going to kick a lot of people's asses. Enemy difficulty and aggression kept increasing the further I got into the level, I had to unlock and sprint away to heal a few times.

Visual presentation is indeed cleaner and more legible than Nioh glitterbomb aesthetic. Not the best looking game, but I don't think anyone expects that from TN at this point, it's fine.

Weapons so far feel like chink skins on Nioh jap weapons. I played a "stealth" character with twin swords and it felt very familiar.
You must log in or register to reply here.