We're all sitting at home because of the coronavirus these days and yet it seems like the only RPGs on the immediate horizon are alpha builds of various Russian games. Why not take a look at the recent past instead? Codex indie enthusiast CryptRat has written a comprehensive review of Rad Codex's ambitious seafaring SRPG Horizon's Gate, which might just be the best release of the year so far. While he's not the biggest fan of some of the game's open world sandbox elements, they're nothing that would ruin his enjoyment of its rock solid character building and tactical combat. I quote:

Combat in Horizon’s Gate is turn-based and takes place on a grid directly on the map. Characters can cast protection and enhancement spells before combat and can also initiate combat by attacking with a long range attack skill. Unlike the previous games in the series, battles begin with a formation phase where you can arrange your characters in a small area and choose the direction they’re facing.

The combat system is based on time-ticks, with a queue that takes note of the turn order and remaining recovery time for each character. During a character’s turn he can move and use an action, in any order. Not moving or performing an action will decrease the recovery time until his next turn. Recovery times are not otherwise determined by a character’s last action, and different creatures have different recovery times. There are certain skills that also require a preparation phase. They can be interrupted during this time, though simply inflicting damage won't be enough - you'll need to stun or disable the character or use an ability which cancels skills. Pushing the character will only do the trick if the skill’s effect depends on him being in his original position. Some skills also cost magic points to use.

Characters have the following stats: movement, physical and magical damage, dodge and damage reduction, proficiency scores in the various weapon types, which are added to hit chance and damage, and affinity with elements, which determines both the power of elemental attacks and the character’s resistance to those attacks. Backstabbing allows you to ignore the dodge stat. All damage values in the game are fixed.

You can inflict many of the classic RPG afflictions on your enemies - burning, poison, frost, silence, poison and disabling. An oiled character will take more damage and will automatically be burnt by any fire attack, while a wet character won't take much damage from fire but will take a lot from ice and lightning attacks. Electric attacks will spread in water puddles (likely created by a previous ice attack) dealing damage to all characters standing in them. Weapons can be charged with elemental power, and many elemental skills with various areas of effect are available, both to your party and to enemies. I found that you don't really need to care about enemies’ elemental resistance, but it's a good idea to pay attention to their resistance to afflictions.

The layout of the battlefield can play a decisive role in combat, especially when you can push enemies off cliffs using wind attacks. Shooting explosive plants from a distance can also be useful.

Encounter design is one of the game’s high points. Some of the creatures you'll encounter were already present in Alvora Tactics, while others are brand new. When you're not fighting against swarms of poisonous flies, worms which duplicate when damaged by weapons, explosive beetles, or monsters whose shells can only be damaged with hammers, then you're probably fighting against a party of characters who can use the same equipment and skills as your own. They’re quite effective at using skills, and you’ll get their equipment if you defeat them.

Enemies are able to use many different skills, are smart enough to get out of the impact zone of any currently charging skills, and will punish you for positioning your character in a way that allows them to target many characters at once. The enemy AI is unpredictable which can make for some fun battles.

You’ll get to fight against a few lone boss enemies with extremely high health and defenses. These fights may take a while depending on your damage output. Magic point restoration skills and healing consumables will prove useful.

As previously mentioned, some towns have a dojo that offers a challenging battle against a party of characters. They’re typically all trained in a single weapon type but have different classes. These battles are fun, and your reward for beating them is a powerful weapon and also the ability to increase the proficiency of your entire crew with that weapon type for a price.​
Read the full article: RPG Codex Review: Horizon's Gate

Well-written review, too bad the title is Stardew Valley-esque horseshit. 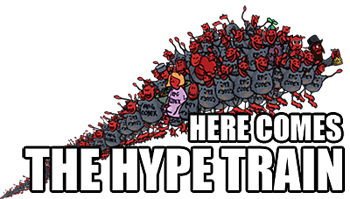 I have no internet and I must shitpost.

Hey I know this game, I even played and enjoyed it.

This whole backtracking to the previous ports to sell reasearch/map progress is indeed the most tedious part of the game and the main reason that prevents me from starting a proper second playthrough.


CryptRat said:
Elementalists got their active skills from the other mage classes, and they aren’t very different from those of sorcerers. They have a bonus to magic resistance, a passive skill which allows them to not take any damage when walking through fire and lightning, another one which increases their magic power by a value equal to their lowest elemental affinity, and a final one which increases the power and range of direct attacks with trigger stones.
Click to expand...

I decided to test out of curiosity if it's viable to create a master of elements, a character who is specialised in all affinities equally instead of focusing on one, by relying on this very passive. I can confirm that it's viable with sorcerer as a main class and it's rather fun. Not sure if master of all weapons with that gladiator passive will be equally viable though by i am curious enough to try it some day.

This review makes me instant buy Voidspire Tactics which seems more my cup of tea. HG will wait

I'm in the same boat (see what I did there) as the above poster. Since I haven't played any of these games the revioo made me want to play Voidspire Tactics rather than Horizon's Gate. In any case, these games sound p cool.

Voidspire Tactics is great, I have always claimed my love for worlds which are as much of an actual world as a fully-interconnected dungeon and Voispire Tactics brillantly brought me that, and it would a shame to skip the game. However don't assume I was disappointed by Horizon's Gate, I went into details about the new seafaring mechanisms in the review because it would have been disrespectful towards the players who actually played the previous games not to be informative about its novelties, but the game has among other things tons of new, not redundant skills (passive skills went from ~75 to ~105) and the dungeons as the unique natural areas, as well as the encounters there, are all very cool, so if you enjoy Voisdpire Tactics then play Horizon's Gate next. Alvora Tactics is another beast, it is a cheaper, smaller scale game, I think it's fun and if you just want more of the same combat system with different enemies you can totally play it but you must also be aware it uses procedurally-generated corridors instead of an open world so in the case you're only interested in open worlds then you may want to skip it.

I would also say that most of the seafaring aspects can be safely ignored. The difficulty for different aspects of the game is set separately, so you can set "exploration" difficulty at minimum, get a fast ship or two (better food reserve to crew ration) and never have to worry about any sea battles or trading.
I have no internet and I must shitpost.

Don't get me wrong. I had my fair share of Pirates! and Sunless Sea. I've notting against a well made seafaring experience. Today I'm more for compact games, though. That's it

This game was pretty neat, but since I approached it as a fan of Uncharted Waters 2: New Horizons (a very clear inspiration, lots of the sea stuff was lifted wholesale from it), I felt slightly let down and overall I think trying to effectively combine two games into one ultimately hurt both leaving an experience that while fun, felt like it was coming just short of being great. It's pretty clear the focus of the game was on the tactical combat and land exploration, leaving the seafaring aspect to feel a bit empty, but there was enough development focus on the seafaring part to take away from creating more interesting environments/dungeons/land areas like we saw in Voidspire. Ultimately I'm happy with the game, but feel it could have used some more development time to make the seafaring sandbox a bit more intricate/fun, and to make a handful more interesting locations to explore.

Is it currently a fully complete game as-in playable from start to finish with further development being bugfixes/flavor or is there only a small amount to be done at the moment?

It's fully playable and bug-free. The patches he releases mostly have to do with modding tools and minor balancing, plus some additional side dungeons.
I have no internet and I must shitpost.

What a great review, kudos to CryptRat .

A Memory of Eternity

Great review, and kudos to the developer. Are they codexers by chance?

Tyranicon said:
Great review, and kudos to the developer. Are they codexers by chance?
Click to expand...


Eldiran , which you should already know you sly dog. Nice shoutout tho, I think he will appreciate it.
Butthurt Dungeon: Thac0's Ultimate Blobber List

I've been wanting to get this for a while now, but was unsure if I should fall to the hype. The review just tipped the scales, thank you for it.

It's okay to jump straight into that game or should I try the others first? I don't have much time to play nowadays, so I'd rather just get the best possible experience.
"It is well that shitposting is so terrible, otherwise we should grow too fond of it."

Let's play The War for the West

Yes, you can directly play this one, the game contains most classes and skills from the previous games and many more.
You must log in or register to reply here.